12 Hours of Sebring by Paul Chenard 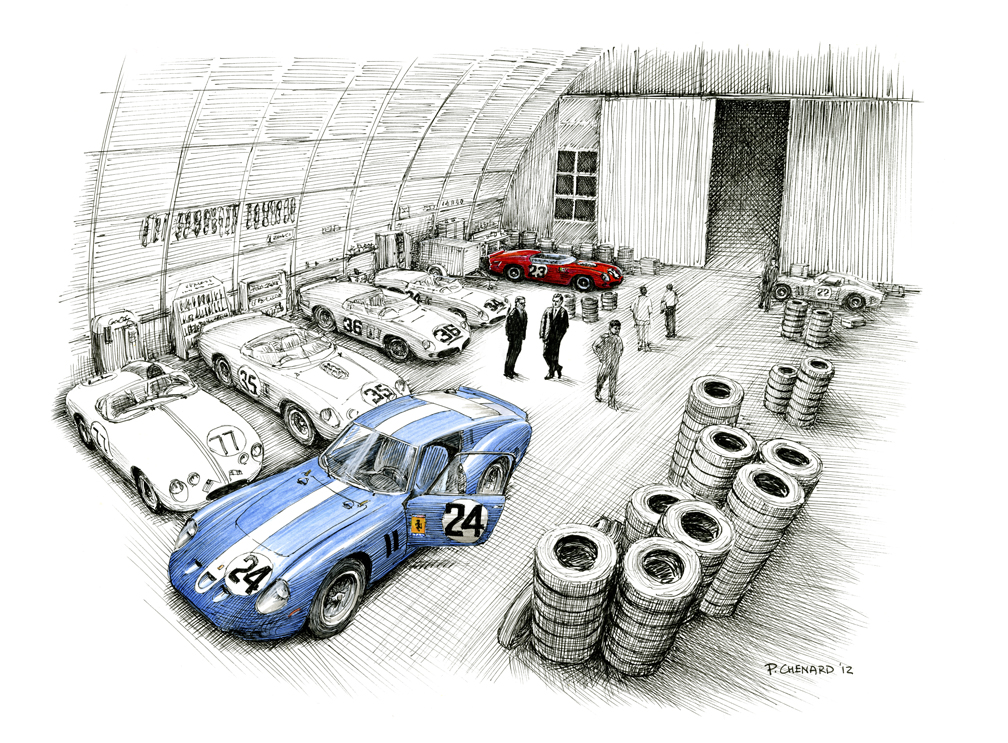 This piece by Paul Chenard shows the race preparation of the Ferrari cars the evening before the 1962 12 Hours of Sebring. The blue N.A.R.T. GTO won the the GT Class/2nd overall (Hill/Gendebien) and the red Serenissima TRI/61 won the race (Bonnier/Bianchi). In the middle of the scene, N.A.R.T. team owner Luigi Chinetti discusses strategy with driver Phil Hill.

You can see more of Paul’s work here vis his website http://automobiliart.blogspot.com/