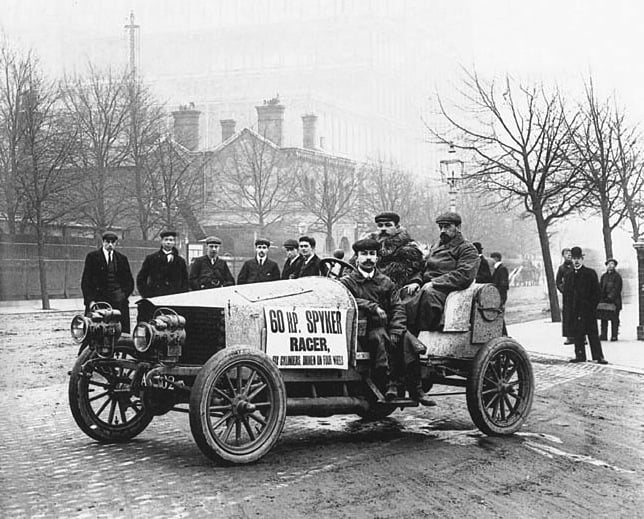 In 1903 brothers and coachbuilders Jacobus and Hendrik-Jan Spijker unveiled the 60HP Spyker, this remarkable car featured a number of world firsts including the first 4-wheel drive system, the first 6 cylinder engine and the first time a car had brakes fitted to all 4 wheels.

It’s surprising how little fame the car garnered considering the ingenuity that went into it and the trends it set that carry on to this day.

Read more about the 1903 Spyker here.