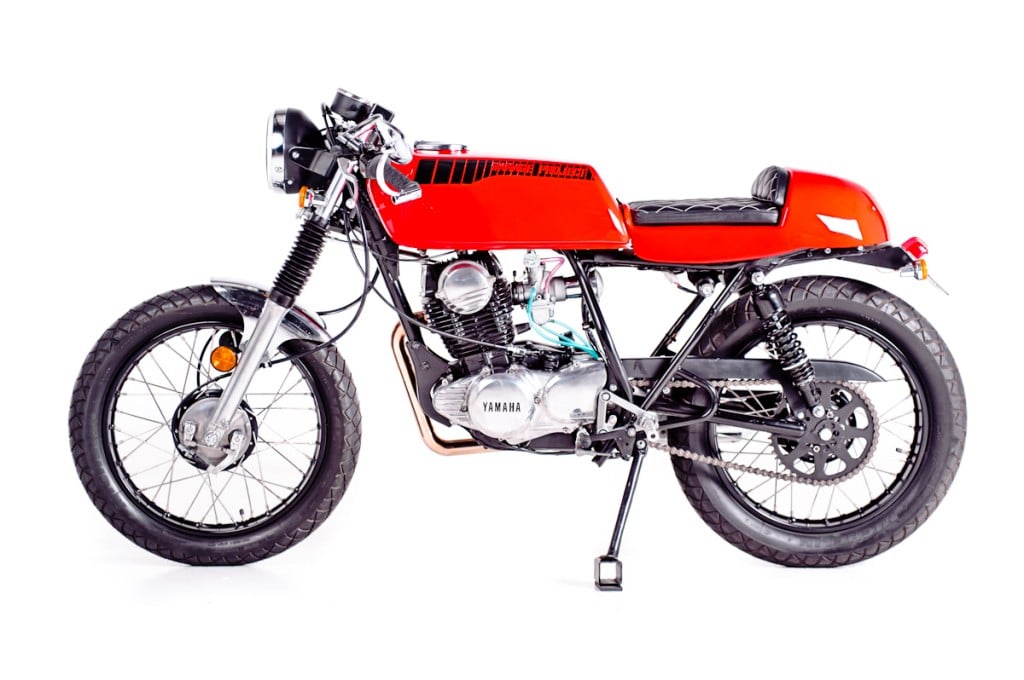 Garage Project Motorcycles is a fantastic Perth based custom motorcycle garage run by a chap named Rex, they turn out custom café racers with a healthy dose of approachability and clean, aesthetically pleasing design.

GPM acquired this Yamaha SR250 and set about turning it into a classic café racer with an eye on the 4th Jap Bike Show in Perth. The bike was stripped back to it’s bare elements before Rex set to work, he went for an eye catching fire engine red paint job with a discreet, 70s style graphic on the fuel tank. 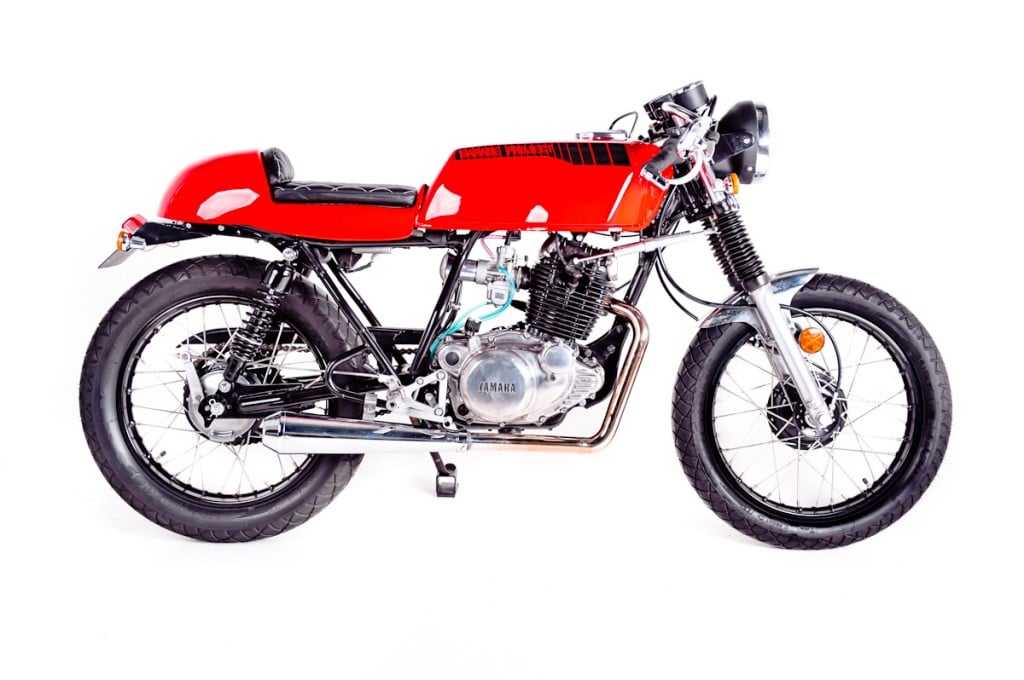 Drop mirrors frame the handlebars on both sides with vintage style gators having been added to both front forks. Stopping is done via front and rear drum brakes and the engine breathes through an exceptionally clean carburettor/trumpet set up. Due to the lightweight of the SR250, it handles like a dream and frequently gives much bigger bikes a run for their money. 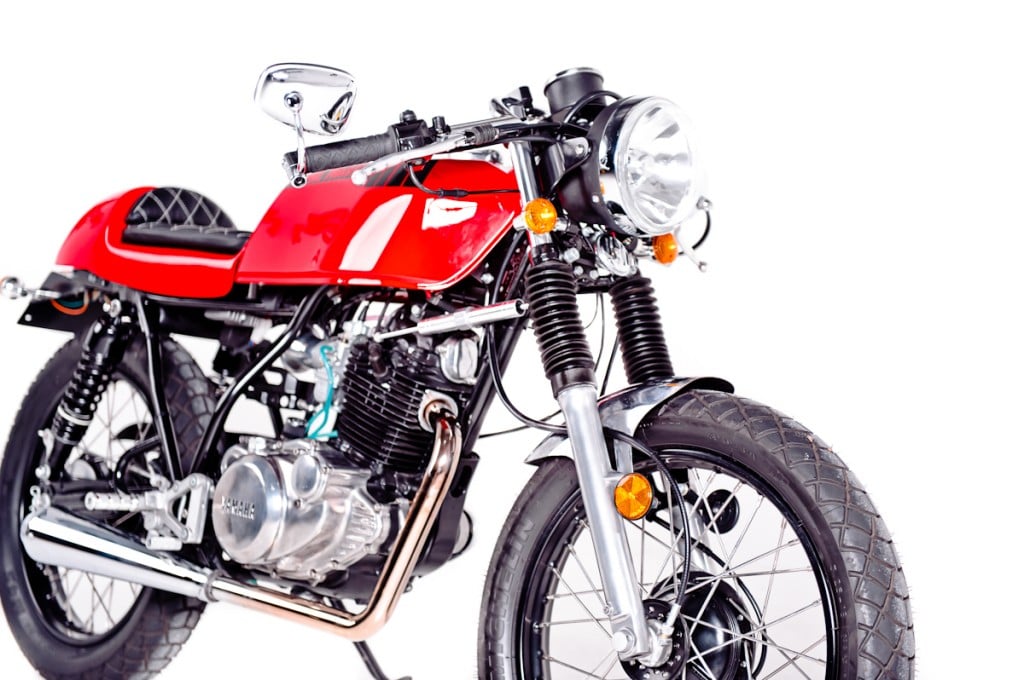 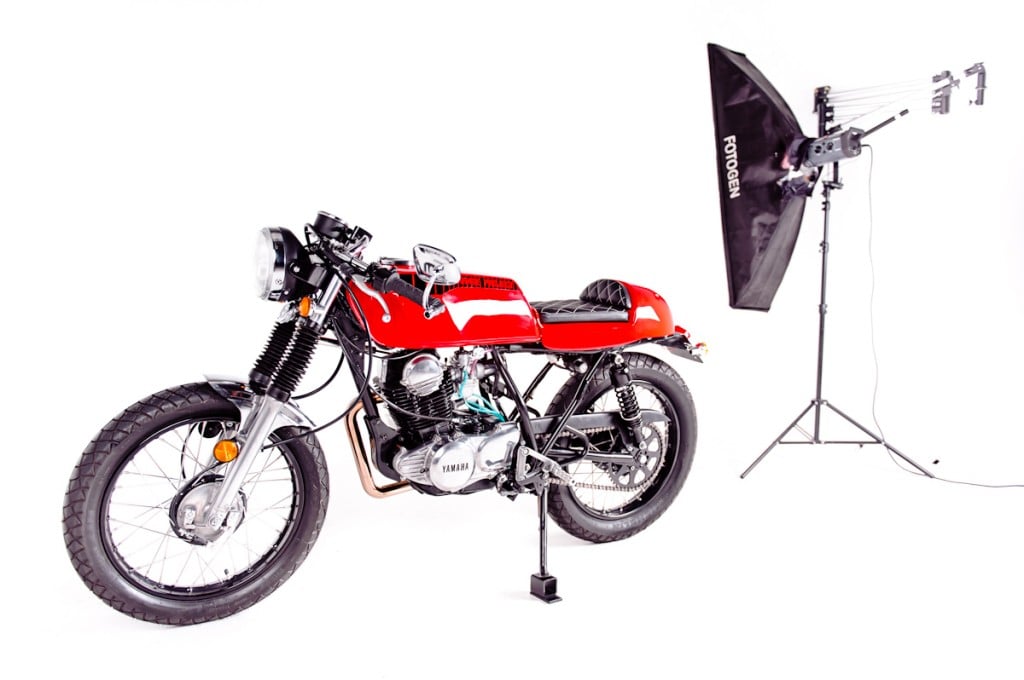 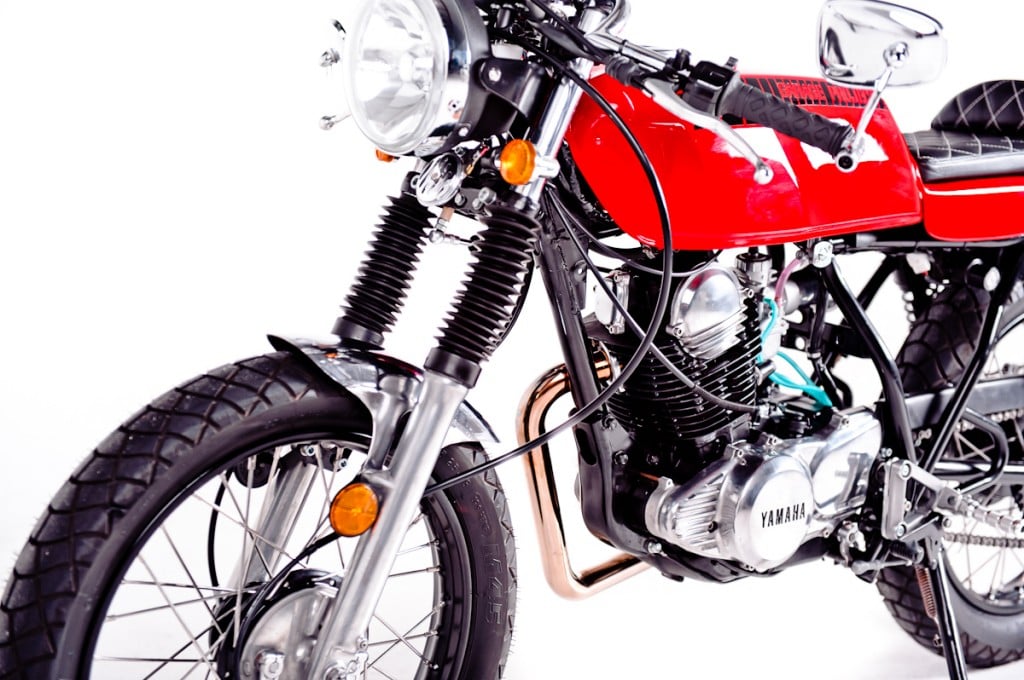 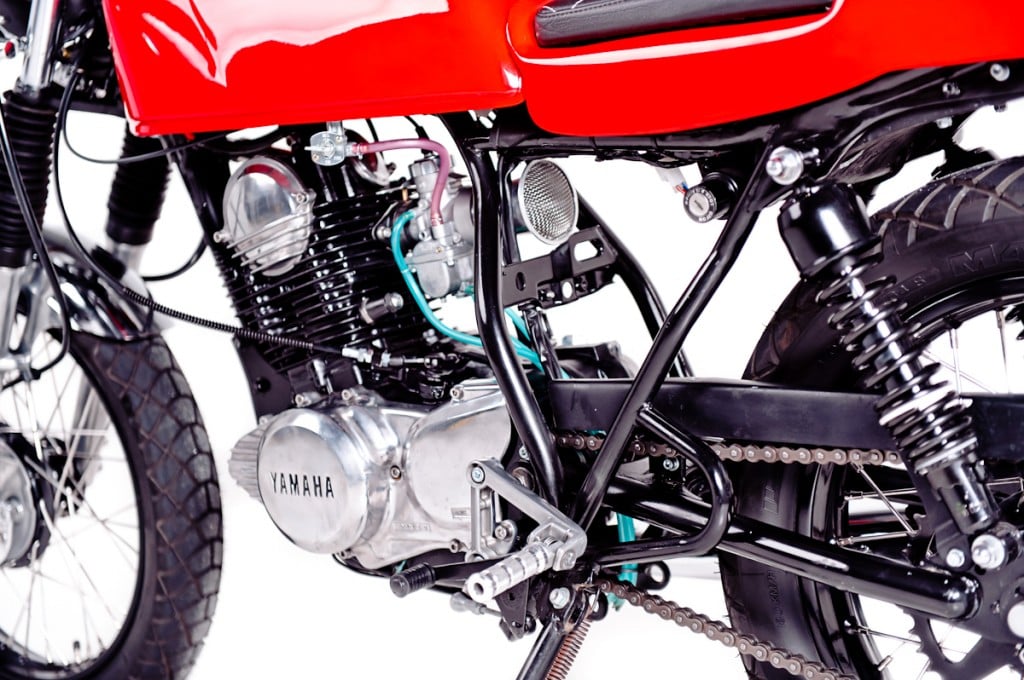 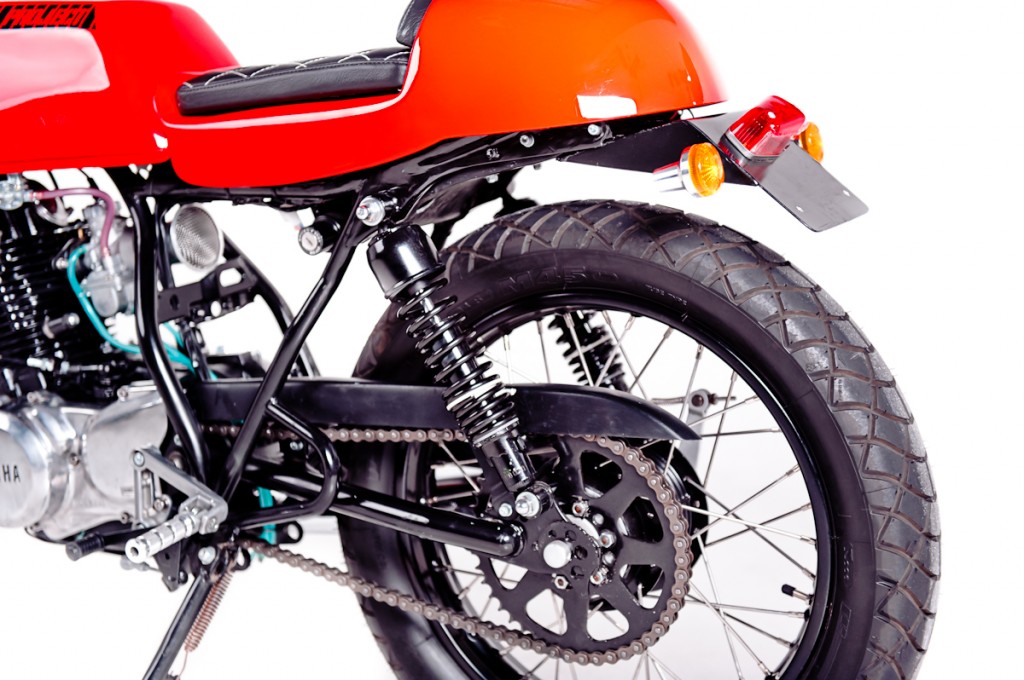 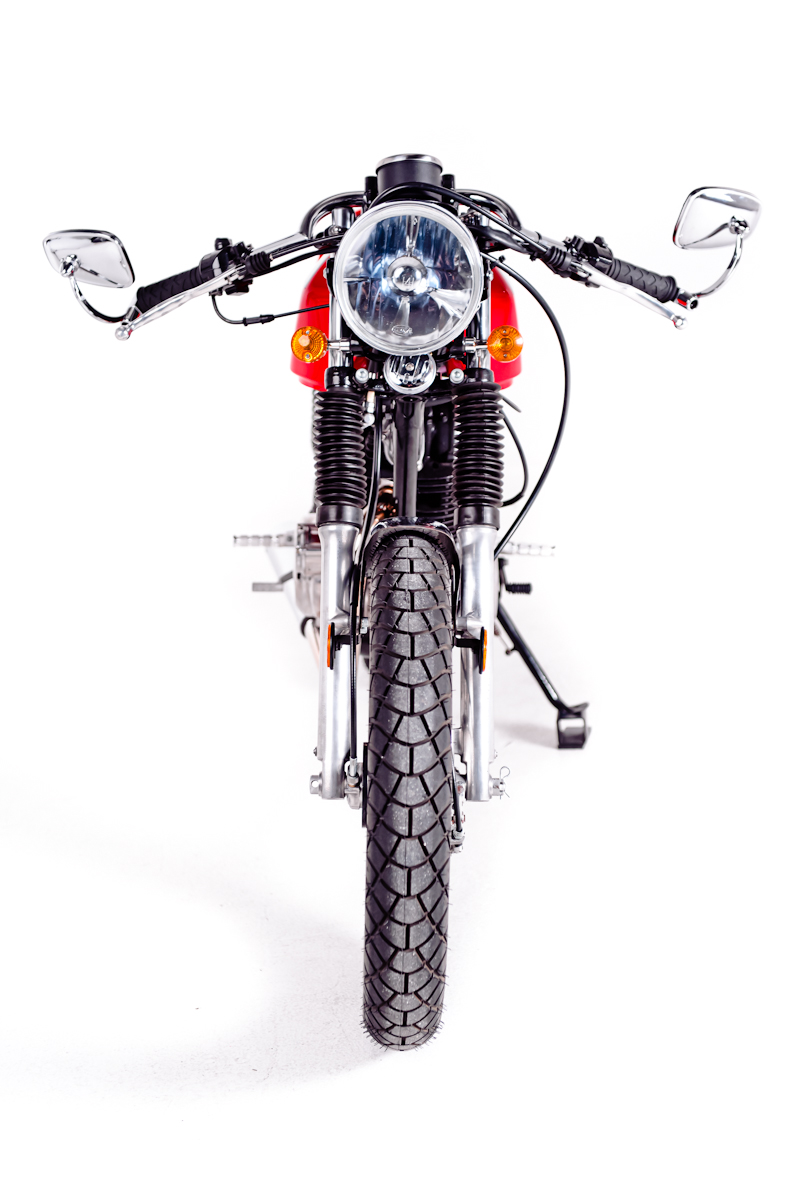 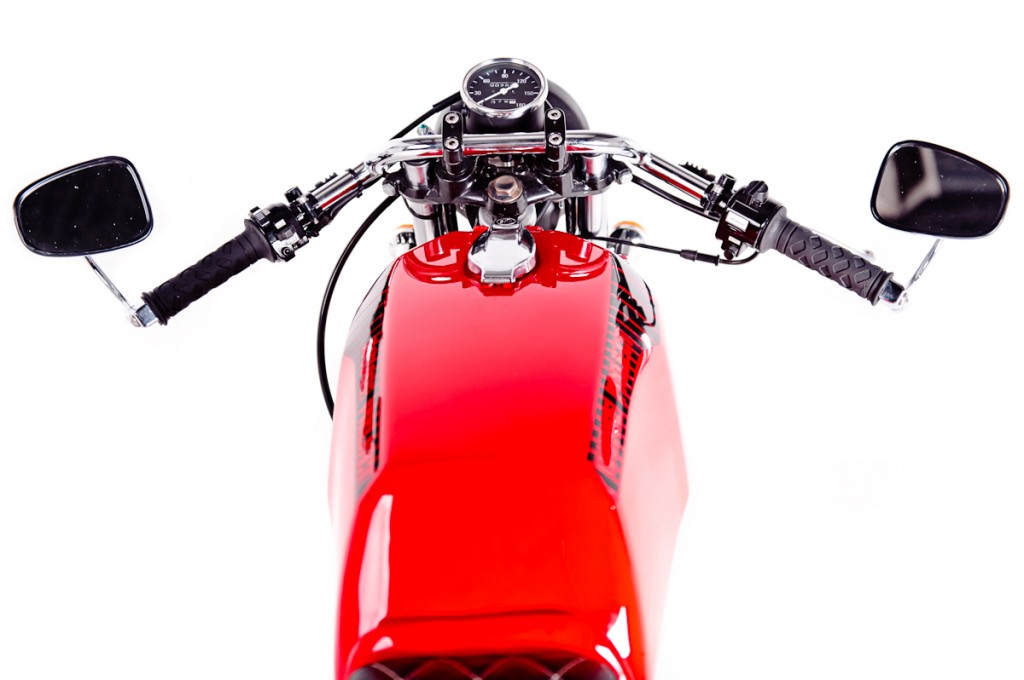