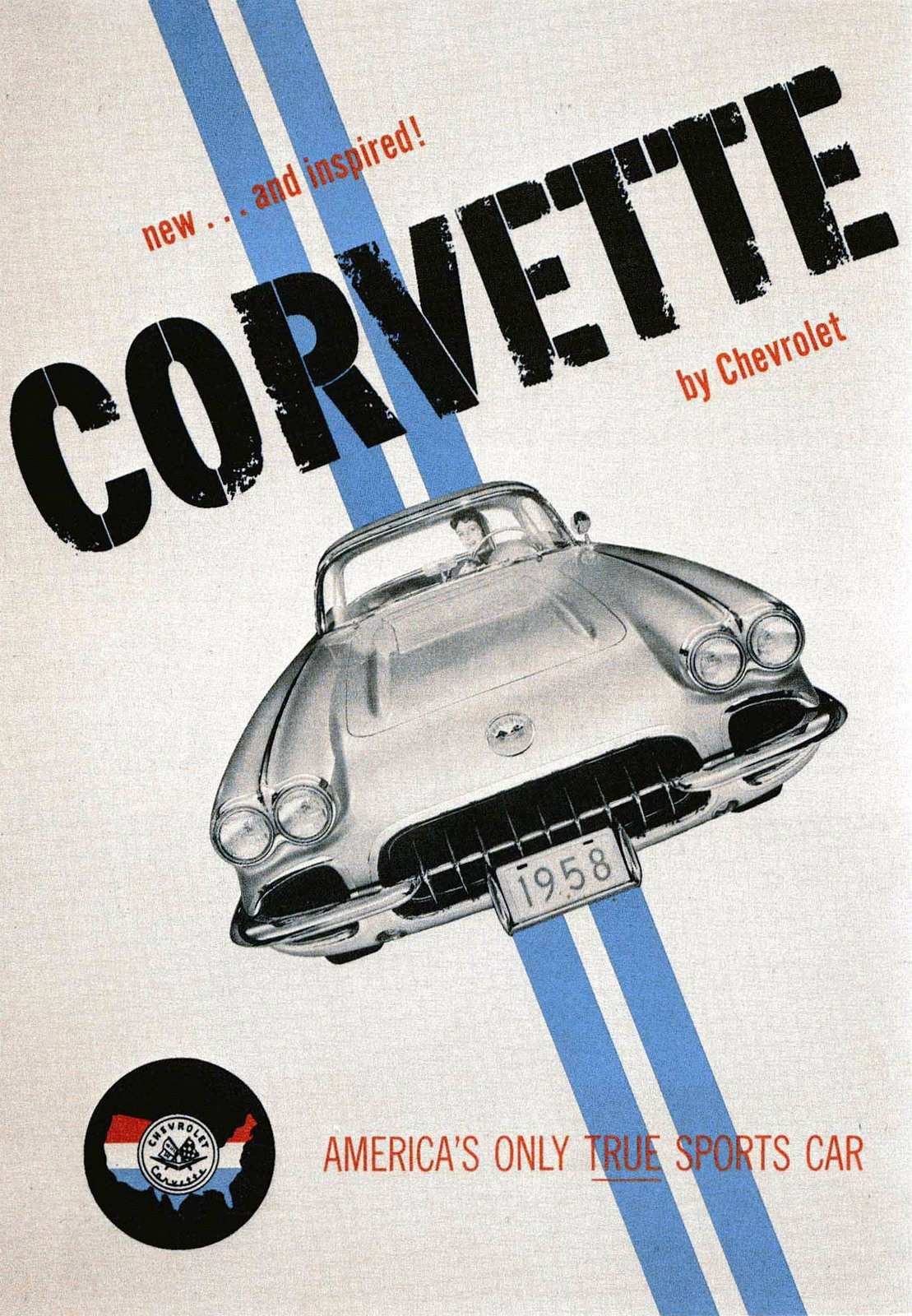 This retro Corvette poster just made my day, the ’58 Corvette is one of the best looking American cars ever made as far as I’m concerned and the gorgeous, minimalistic graphic design of this late-50s advertisement does it ample justice.

I added an alternative design below, these two posters are examples of perhaps of the only times a distressed, stencil font was ever pulled off successfully. 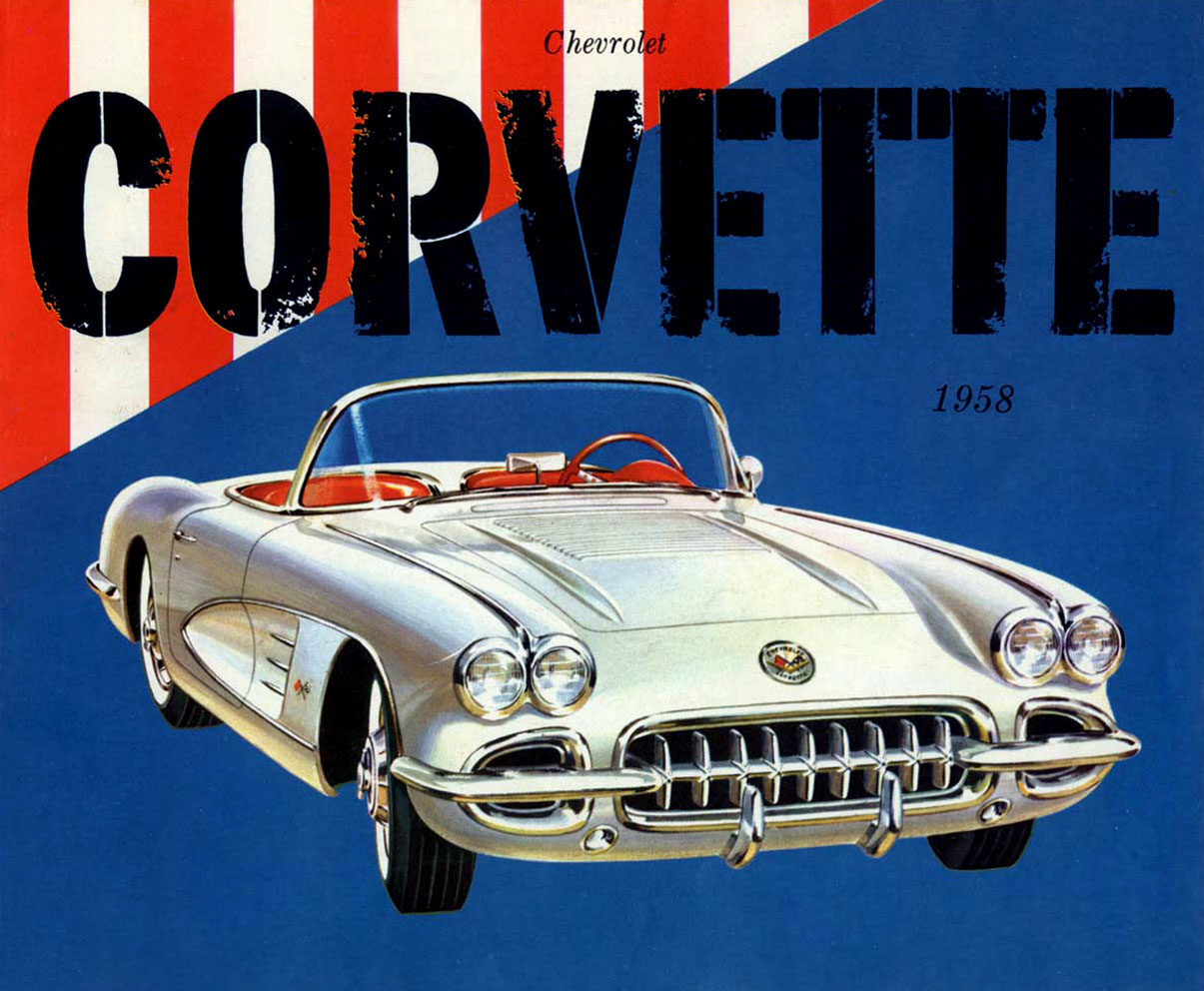 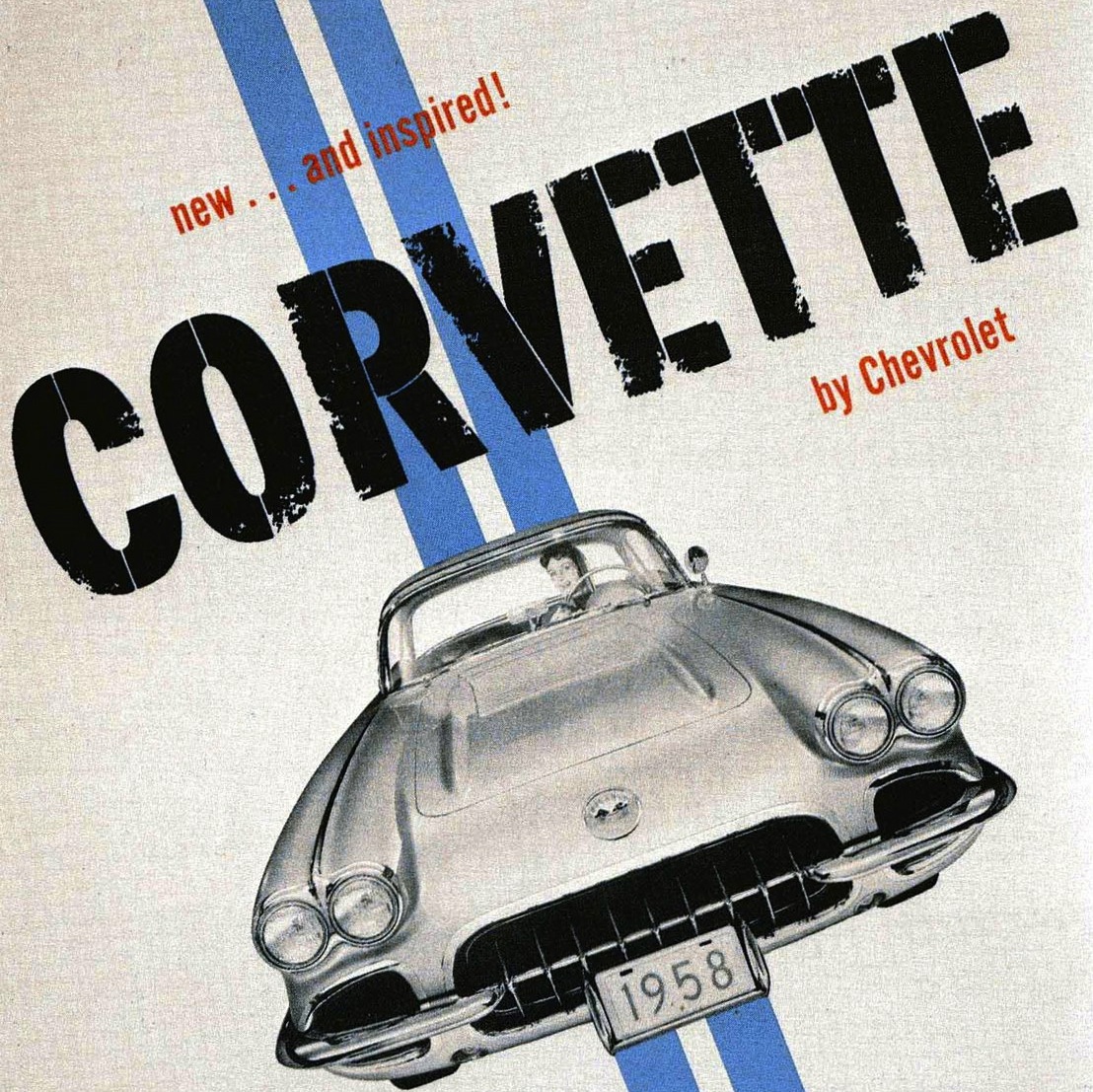 Published by Ben Branch - May 17th 2011
Related Posts
An Interview With Giugiaro – The Design That Works: The BMW M1