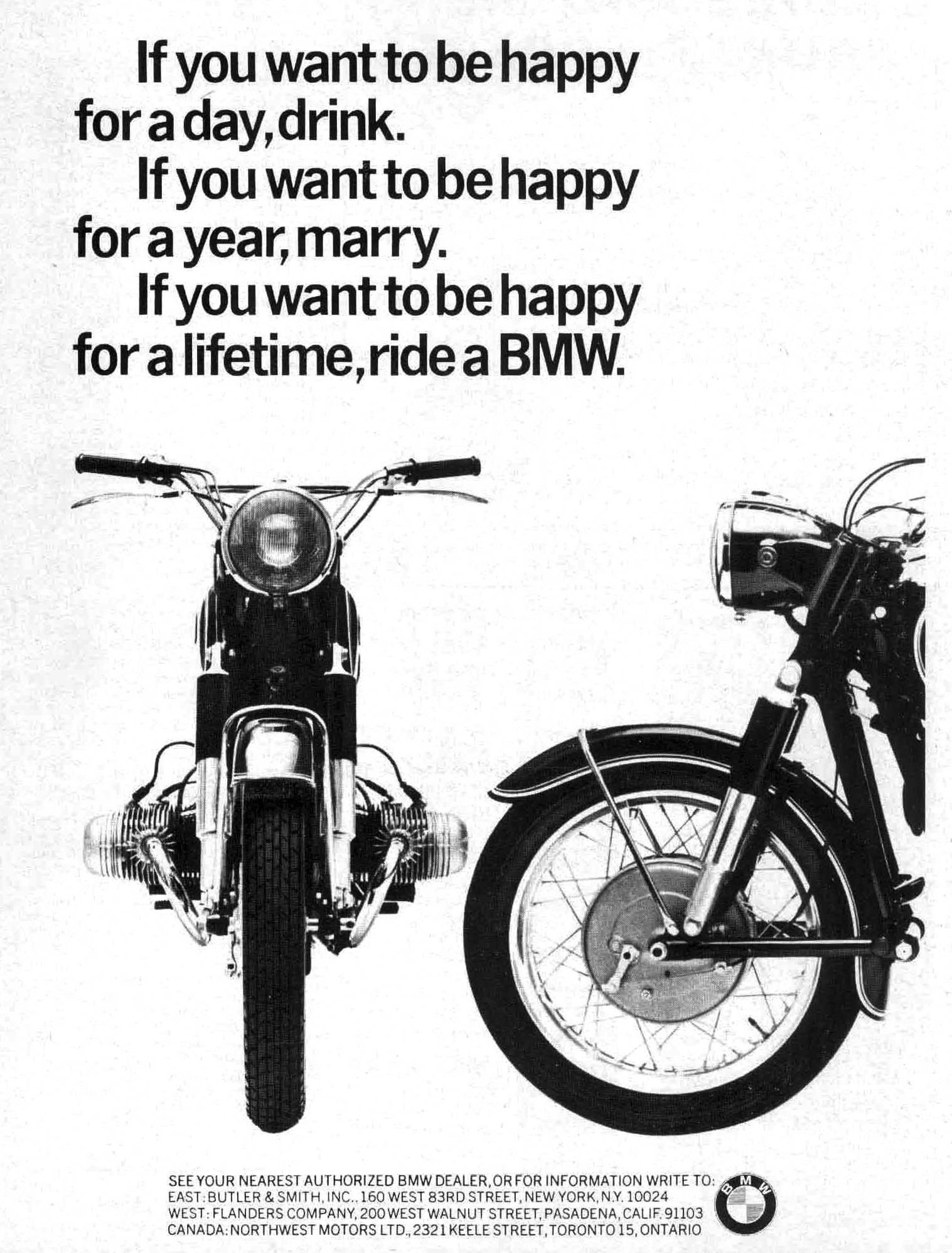 Remember when advertising used to be politically incorrect and subsequently hilarious? Me too.

If you want to be happy for a day, drink.

If you want to be happy for a year, marry.

If you want to be happy for a lifetime, buy a BMW.