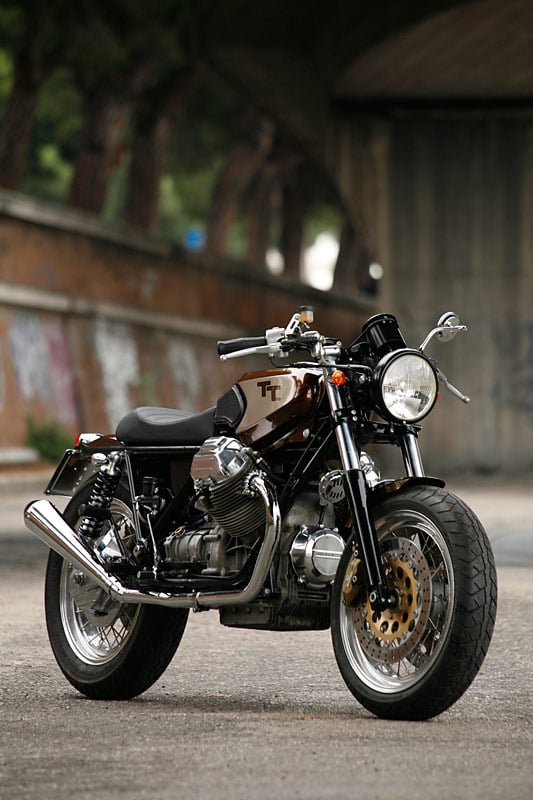 Filippo Barbacane of Firestarter Garage first started building bikes the way most people do, with a few hand tools in his personal garage. Filippo began tinkering with two-wheelers in 1992 in his home town of Pescara, Italy. The scenic town is situated half way up Italy’s East Coast and is also known for producing some of Italy’s nicer wines. Not a bad place to set up shop when you think about it, which is exactly what Filippo did in 1998.

This custom, the TTre is based on a 2010 Moto Guzzi SP and maintains stock internal architecture with the addition of a hand-fabricated fuel tank, foot-controls, seat, exhaust and fender. Filippo also added new Brembo brakes, Asatek shocks and Marzocchi forks to improve braking and handling.

The paint work and overall styling on this bike is retro-70s design done right, I can’t see a single element that doesn’t look perfect and I can’t imagine it’ll ever go out of fashion. Although to be fair, I still think white-disco-suits are cool and if that isn’t stylish then style itself is wrong. 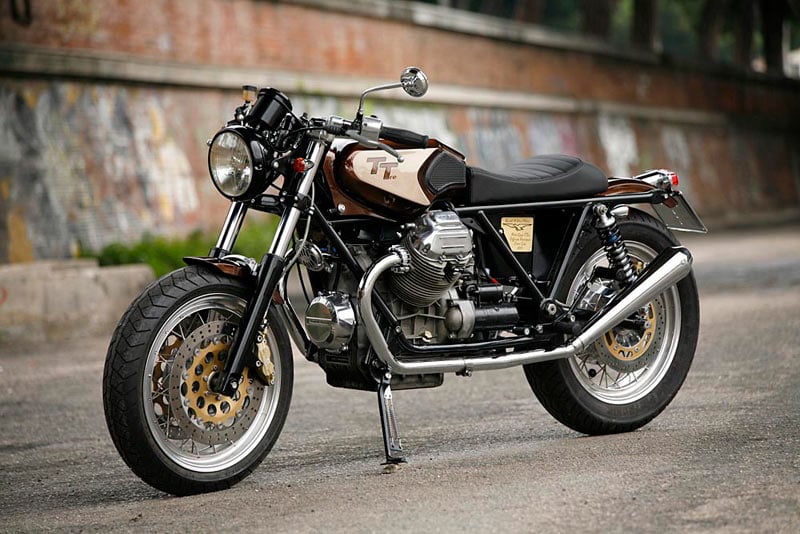 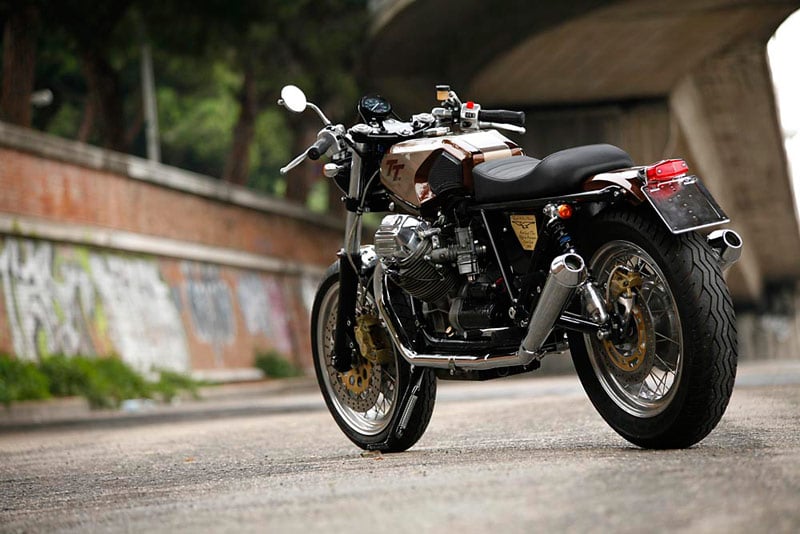 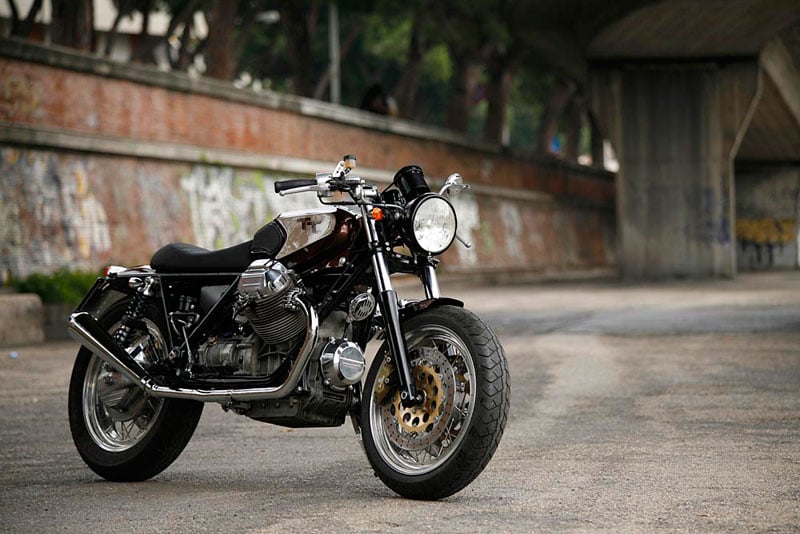 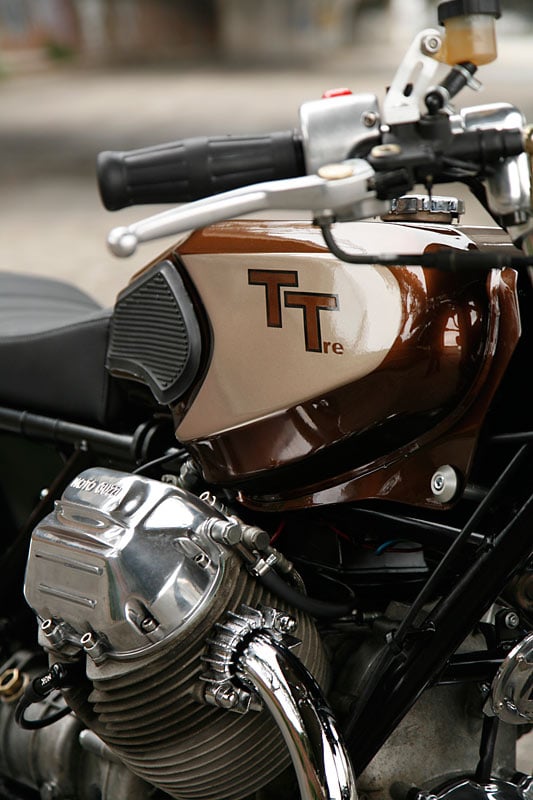 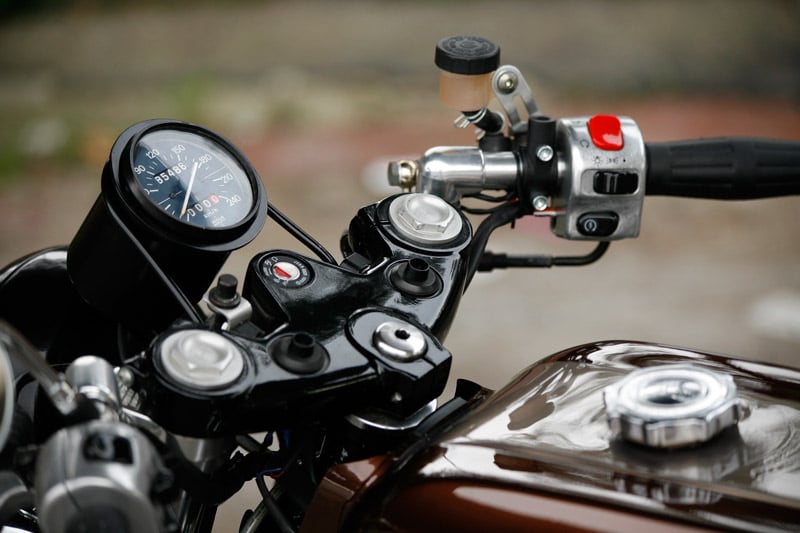 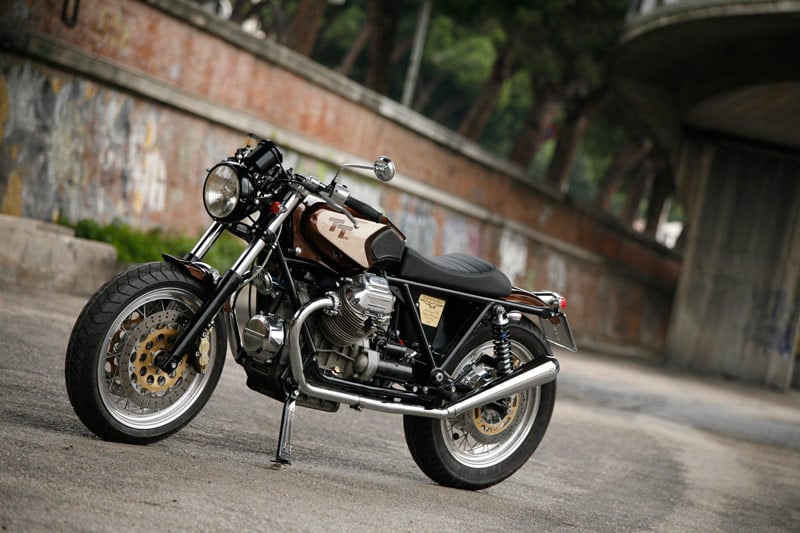