This 1969 episode of “The 21st Century” by CBS is hosted by Walter Cronkite – a legendary American journalist who is perhaps best remembered today for his coverage of the JKF assassination and the Moon landings.

This film offers considerably lighter subject matter – Cronkite travels around the United States visiting scientists, engineers, and automakers who were working on new automotive technologies that might be in use in the 21st century.

It’s clear that many of the same issues that face drivers today were also faced by drivers then – things like road safety, navigation, computerized onboard systems, inclement weather driving, and crash safety. 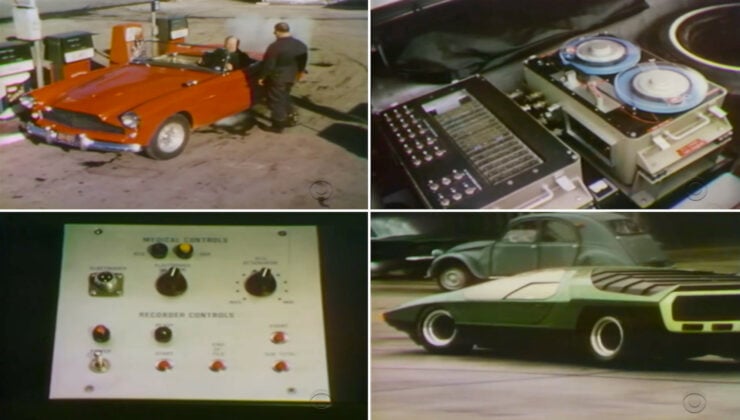 That red car in the top left frame is the Keen Steamliner, it’s a steam-powered car that looks a little like an Aston Martin DB4 and it was said to be capable of well over 70 mph.

It’s remarkable how many advanced systems were already being developed in the 1960s, including things like airbags, computerized navigation, intelligent cruise control, anti-lock braking systems, and more.

Cronkite makes a number of predictions in the film, many of which are now a daily reality – things like advanced onboard computers and space age navigation systems are now considered essentials in any modern car and crash safety (including the extensive use of airbags) have come on in leaps and bounds.

The film even predicts the surge in popularity surrounding electric cars that occurred after the turn of the 21st century, and it notes that one major drawback tends to be battery-limited range.

Perhaps the highlight of the film is the segment dedicated to the unusual, almost Aston Martin-esque, steam-powered Keen Steamliner by the Thermokinetics Corporation.

If you’d like to read more about the Keen Steamliner and its unusual history you can visit the article on Undiscovered Classics here. 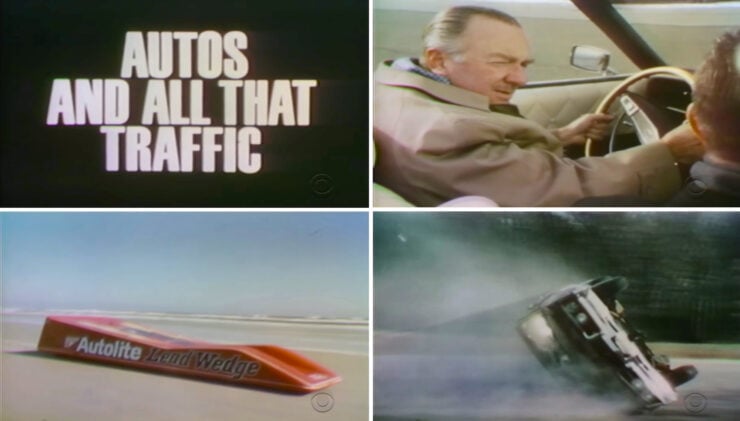 This film offers insight into another side of Walter Cronkite, out from behind the news desk and out in the field.