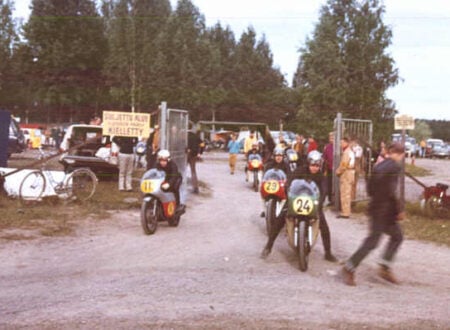 It’s a little known fact that the USSR competed in motorcycle grand prix events in the 1960’s, what’s even more obscure is that they actually did rather well all things considered. The most successful of the Soviet bikes was the Vostok S-364, is was a 4-stroke four cylinder racing bike said to produce 59hp (although this was widely regarded as nonsense) and had a listed top speed of 230kmph.