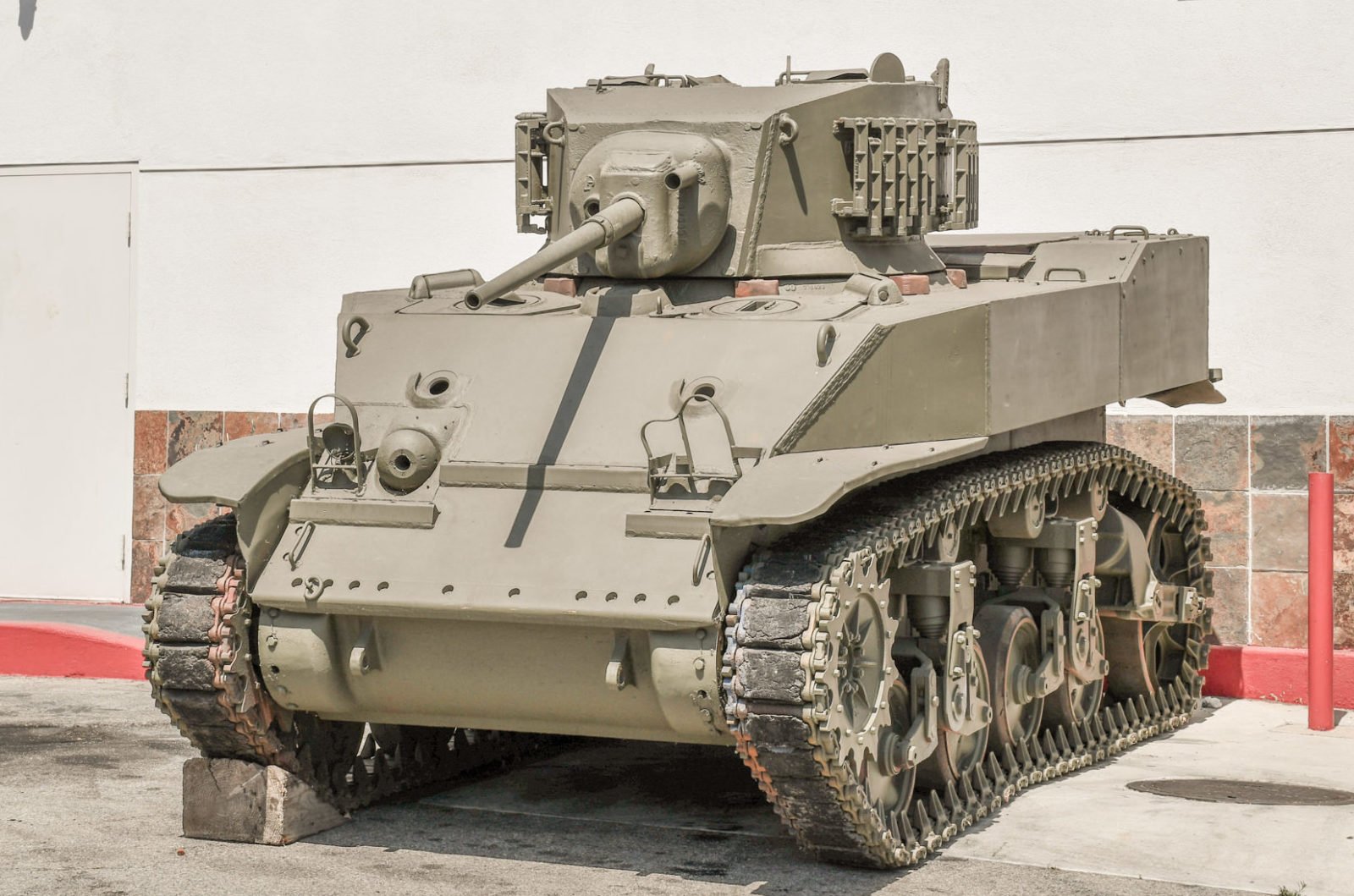 This is a Stuart M5 tank from 1943. It was built right in the middle of America’s involvement in World War II and interestingly it was originally powered by twin Cadillac V8 automobile engines.

The example you see here is a project tank that requires some work to get it back into fully operational condition, for those with the skills, tools, and time it has the potential to be a great restoration project.

In 1941 the Stuart M3 tank entered service in WWII, initially it was used only by British and other Commonwealth forces due to the fact that the United States had no yet joined the war. In fact, it would be the British who would name the tank “Stuart” after American Civil War Confederate general J. E. B. Stuart.

Above Video: This episode of Tank Chats is focussed on the Stuart M5 covering its engineering, history, and design.

The M3 was first deployed in the North African theatre of war by British forces as part of Operation Crusader. The M3 would later become the first American-crewed tank in World War II to engage the enemy in tank-versus-tank combat during a battle in the Philippines in 1941, not long after the Japanese attack on Pearl Harbor.

War almost always results in the rapid evolution of military vehicles and equipment, and things were no different for the Stuart M3. It was powered by a large radial aircraft engine, either the 7-cylinder Continental W-670 or the 9-cylinder Guiberson T-1020 diesel.

As the war went on it was clear that the use of radial engines wasn’t ideal, and the rapidly increasing production of aircraft meant that these engines were in short supply. As a result, the Stuart M5 was developed with a series of modifications including the switch to a new dual Cadillac V8 engine arrangement.

These Cadillac V8s were easy to source as they were already mass-produced automobile engines, this also meant that parts availability was good and that the engines had already been extensively tested and developed. 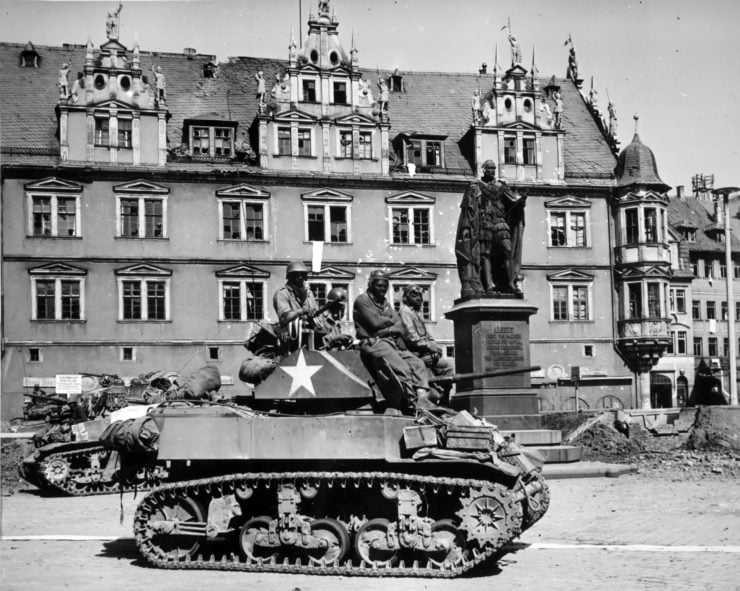 The two V8s fed power through twin automatic Hydra-Matic transmissions into a transfer case. As a result, the M5 tank was quieter, cooler, and more spacious inside – a great relief for the crews that operated them.

The M5 tank would see service in all three major theaters of WWII including North Africa, the Pacific, and Continental Europe, typically being used for armored assaults on enemy positions and reconnaissance purposes.

The M5 Stuart was used by dozens of militaries around the globe and remarkably it remains in service to the modern day in Paraguay.

The Stuart M5 you see here is from the first year or production, 1943, right in the middle of America’s involvement of WWII which had begun in late 1941 and would conclude in 1945 with the surrender of Japan. 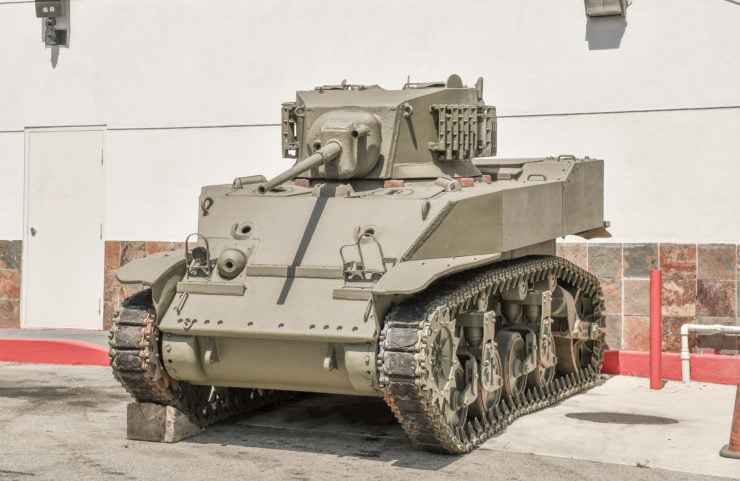 This tank is now a project of sorts, requiring a restoration and needing a few parts to be sourced for completion. In recent years this M5 was bead blasted before being repainted in olive drab, it has a de-milled M6 gun, and the turret bearings have been replaced.

It comes with no engines fitted, though one Cadillac V8 is included in the sale, the new owner will need to source an additional Cadillac V8 as well as the two transmissions and transfer case.

The tank is being sold out of West Los Angeles in California on Bring A Trailer and you can visit the listing here if you’d like to read more or register to bid. 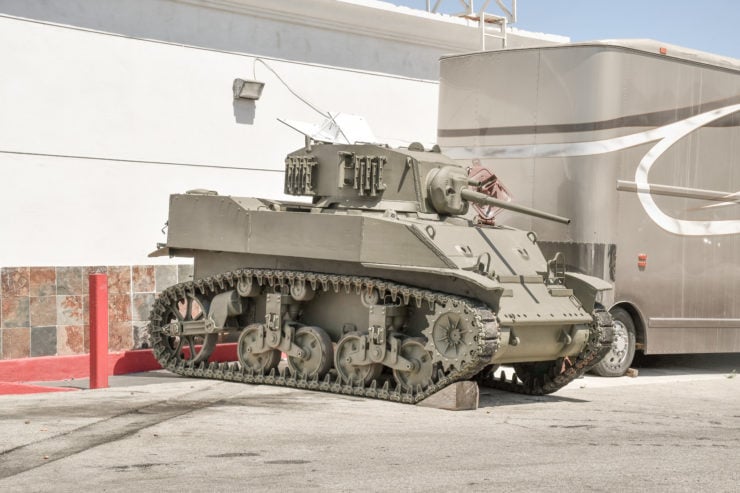 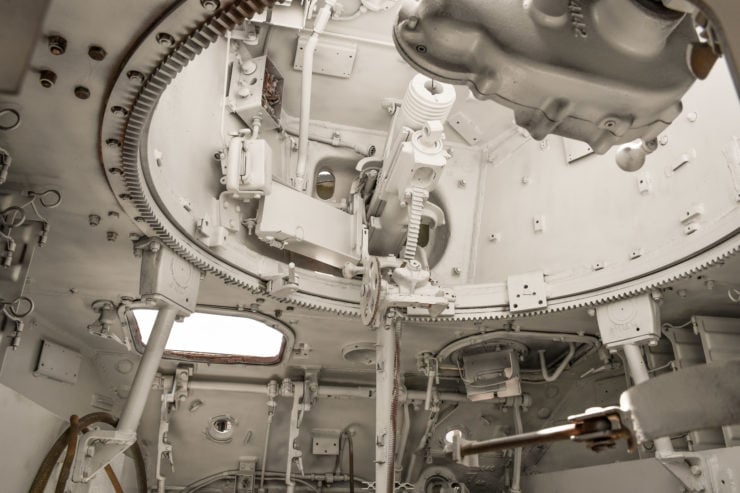 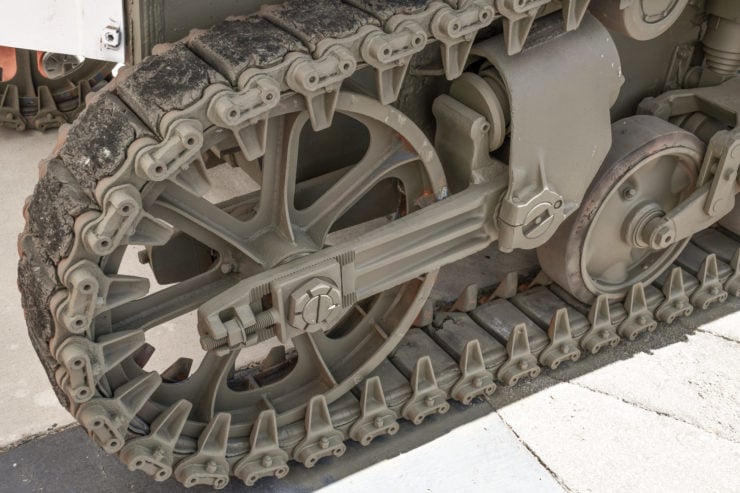 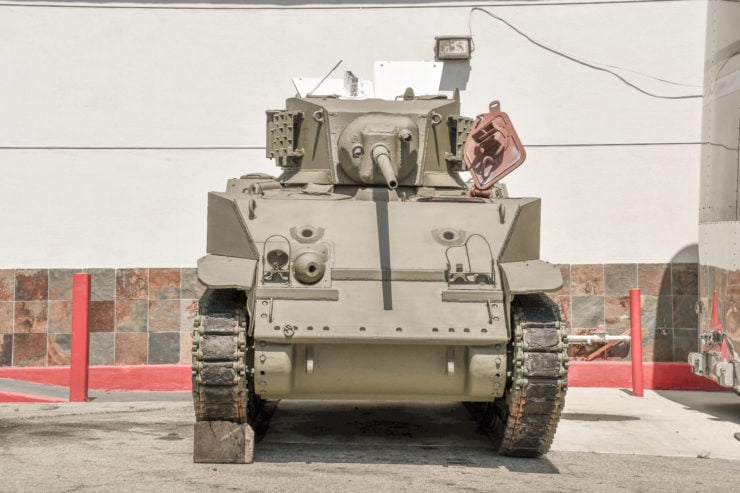 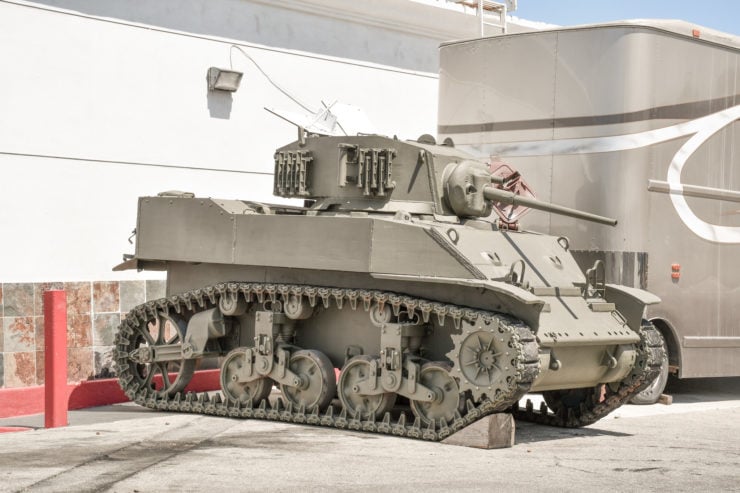 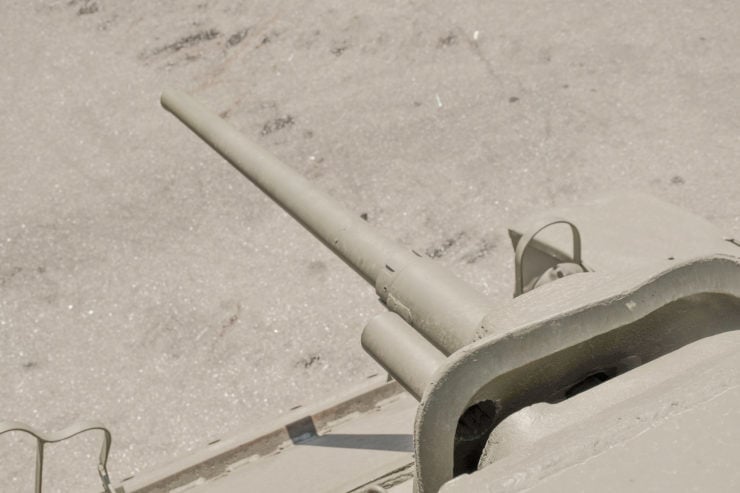 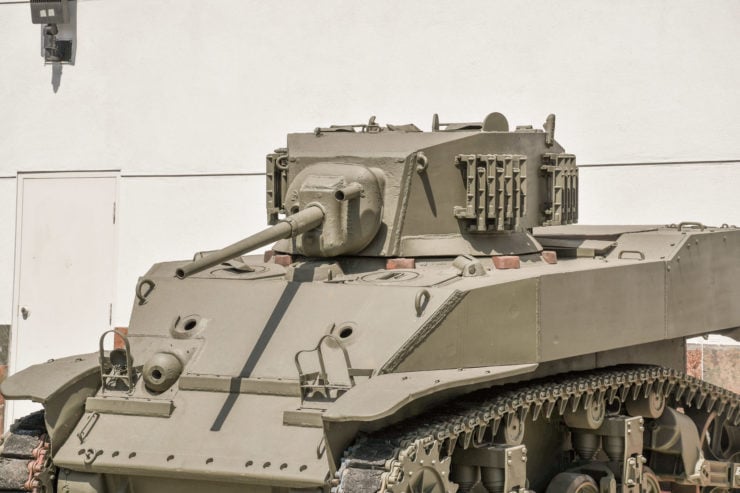 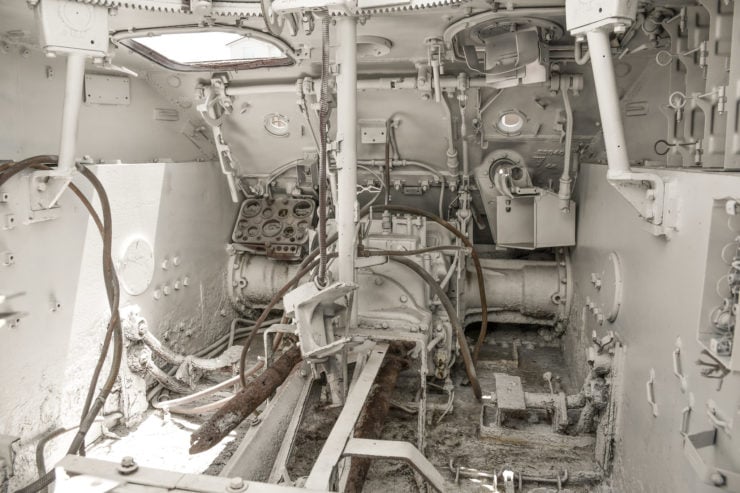