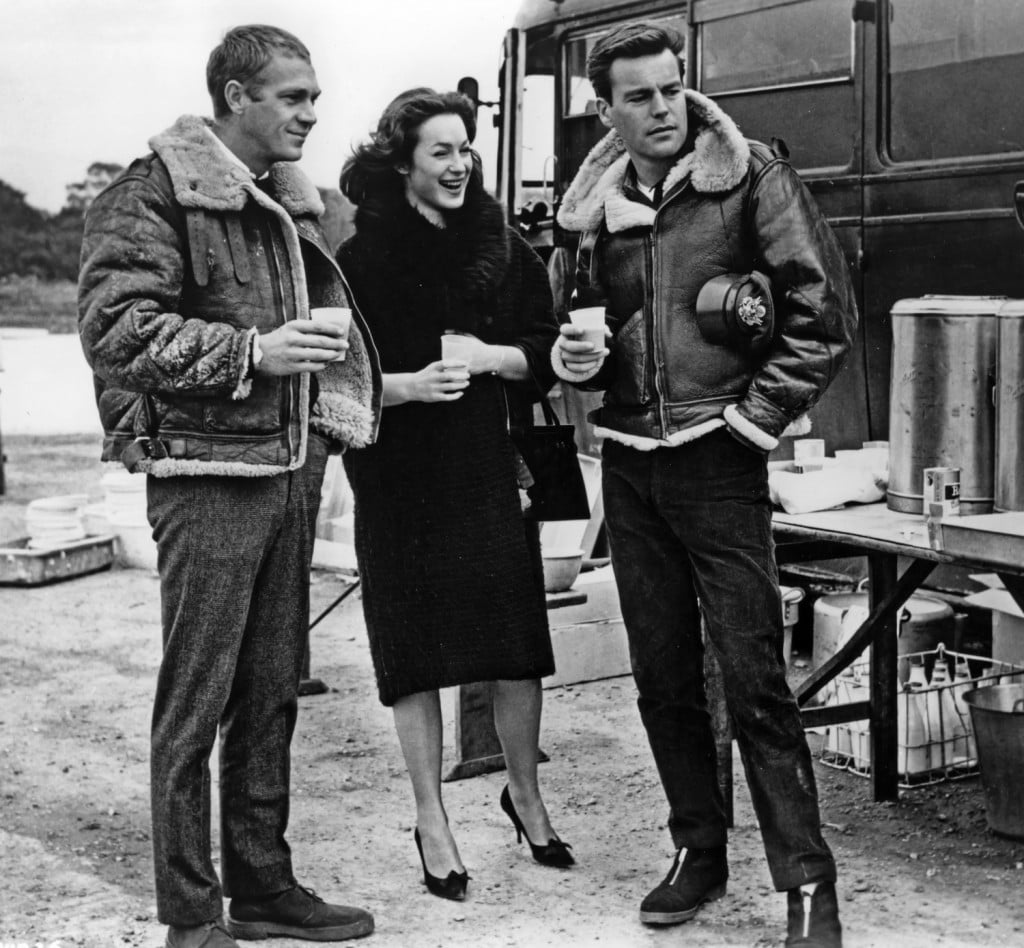 This is a photograph of Steve McQueen on the British set of 1962′s The War Lover, it’s the story of a talented but daring WWII bomber pilot with a death wish. The film also stars Robert Wagner and Shirley Anne Field (pictured), if you’d like to read more about the film, check it out on IMDB here.

The Dnepr KMZ MV-750 is the heavily modified Soviet-Ukrainian variant of the popular Soviet-era version of the WWII-era BMW R71 sidecar motorcycle. Most of the Soviet R71 motorcycle production took place over in the mountains…