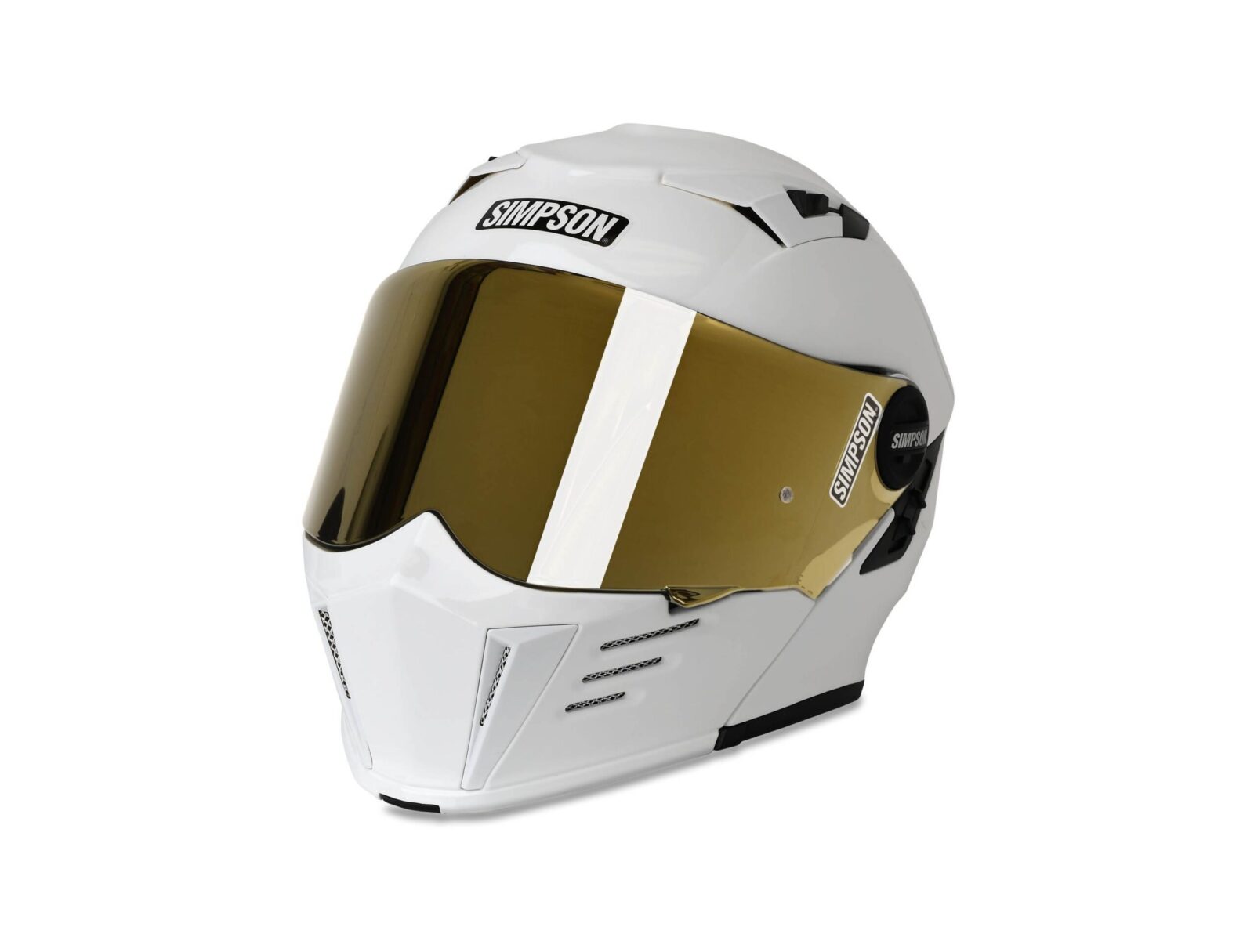 The Simpson Mod Bandit helmet was developed to offer the popular design of the Ghost Bandit helmet with the added practical benefits of a modular flip-up front.

Modular helmets have come a long way in recent years, they’re far safer than their early forebears and they offer a much-needed best-of-both-worlds option for people who want both an open face and a full face helmet at different stages of their rides, without having to stop and change helmets.

Most modular motorcycle helmets have a small button under the chin bar that allows the wearer to flip-up the front part of the helmet and lock it into a raised position. This can be done while stationary, or while riding.

With the helmet in the open position the rider has excellent visibility and airflow, this can be crucial when riding in heavy, slow moving traffic – particularly in the summer.

Above Image: As a modular helmet, the front can be flipped up and locked into position when needed, then lowered and locked closed when speeds increase.

With the front down you have full protection and far better aerodynamics for higher-speed highway riding, not to mention protection from fast moving bugs.

The Simpson Mod Bandit helmet has a lightweight composite shell that comes in two sizes, it has an impact absorbing EPS liner, and it has integrated speaker and boom mic pockets.

For cleaning there’s a removable, washable, antibacterial liner. The helmet has top and rear ventilation, as well as dual adjustable chin vents for optimal airflow.

The Mod Bandit also has a flip down internal sun visor, kind of like a fighter pilot helmet, which allows you to shield yourself from the sun without needing to stop and put on sunglasses.

Simpson offer the helmet in six sizes ranging from XL to 2XL, and you can choose between black, matte black, white, or alloy.

The Altitude pilot’s watch by Rotate North is the Northern Irish company’s take on the legendary pilot watch genre. As with all watches…