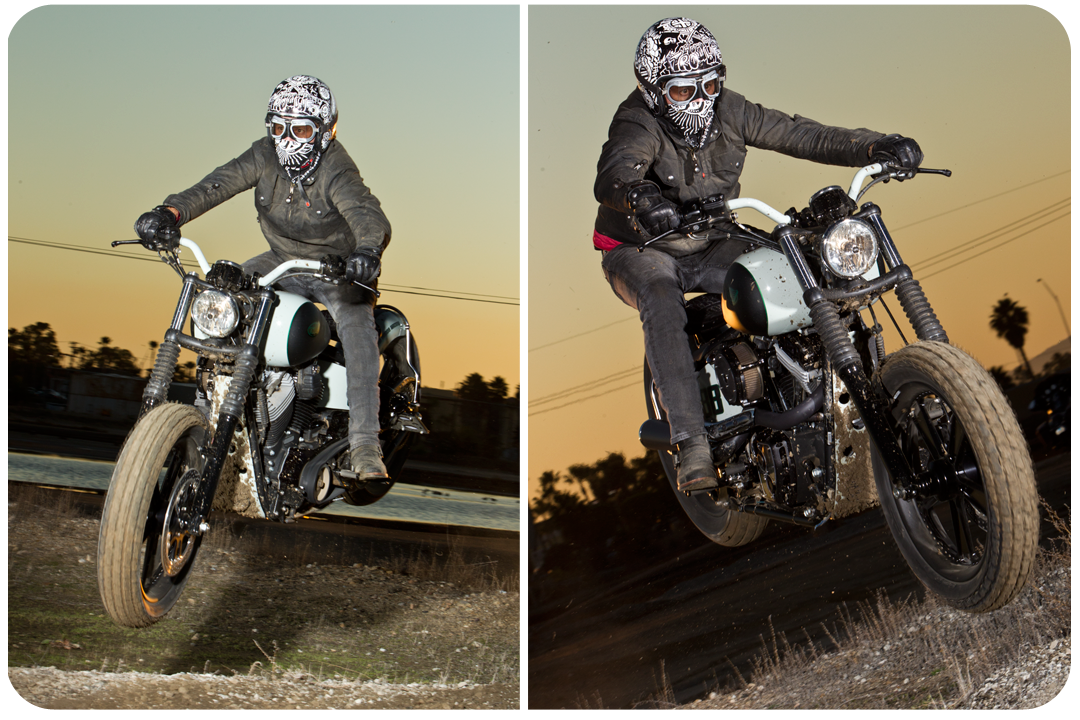 When I first saw the picture above I wasn’t aware that the bike had any rear suspension and as such, I set about hunting for the “after” photograph that would have shown a bent frame, a busted rear tire and a rider with a sore man-patch.

Well it turns out the bike does have a spring in the rear, Roland Sands Design took the newish Harley-Davidson Blackline Softail and built the bike that the designers at Harley would have built, if they didn’t have to answer to middle management and bean counters.

Using the Harley-Davidson WR Flat Head as inspiration (picture below), they stripped off all of the superfluous nonsense, added some chunky flat-tracker tires, fork-boots to keep the dirt out of the shiny bits, a skid plate, new engine and air-filter covers, new carbon fenders front and rear, a new pipe, a custom fork brace, custom handlebars, a custom leather seat and a slew of other RSD bespoke parts. 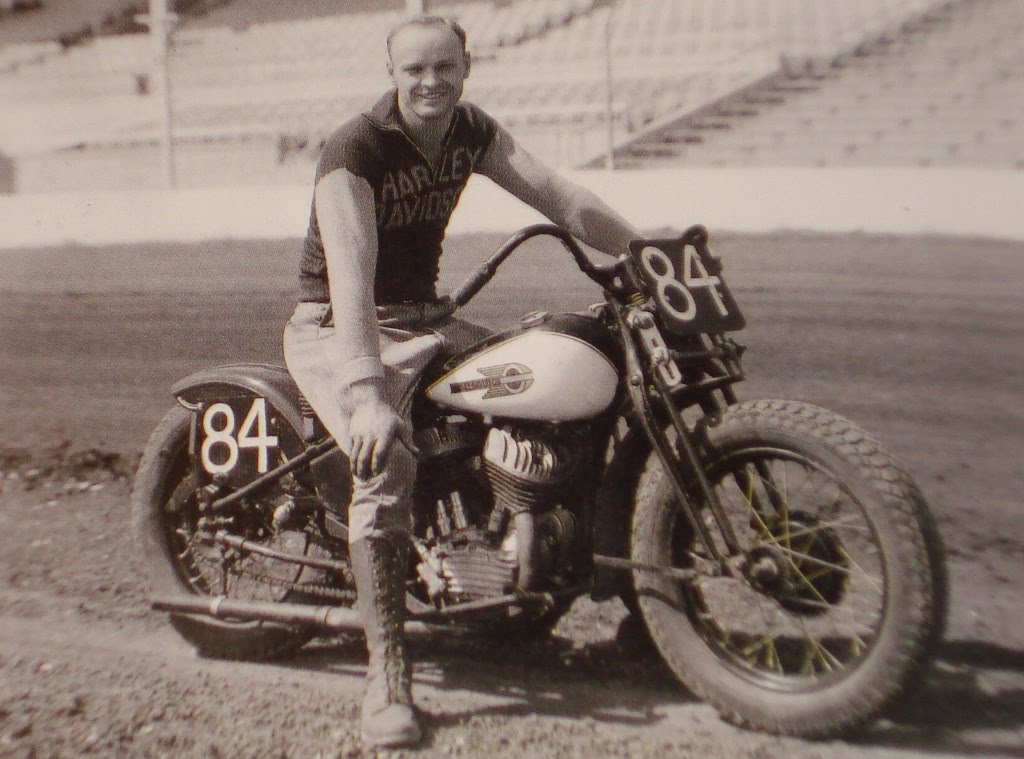 Before offering the bike for sale RSD decided to take it out for a day in the dirt, they shared the photos and I thought some of you might get a kick from seeing a 400+ pound Harley get flogged in the gravel. Click here to view the full photo set, or scroll down for the highlights. 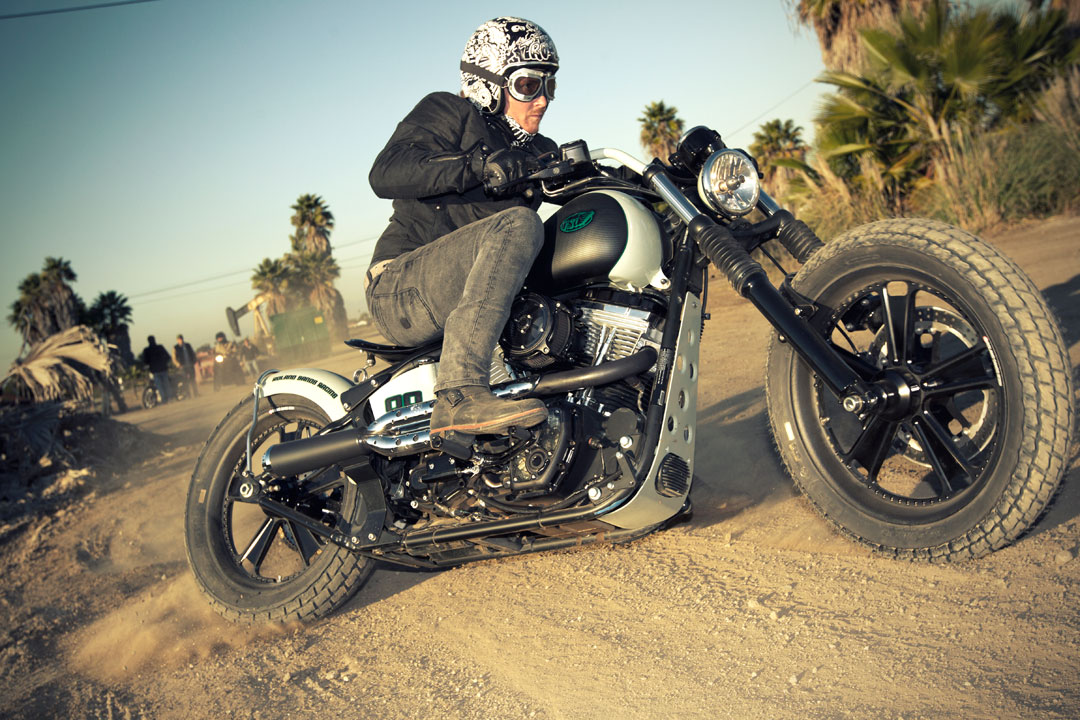 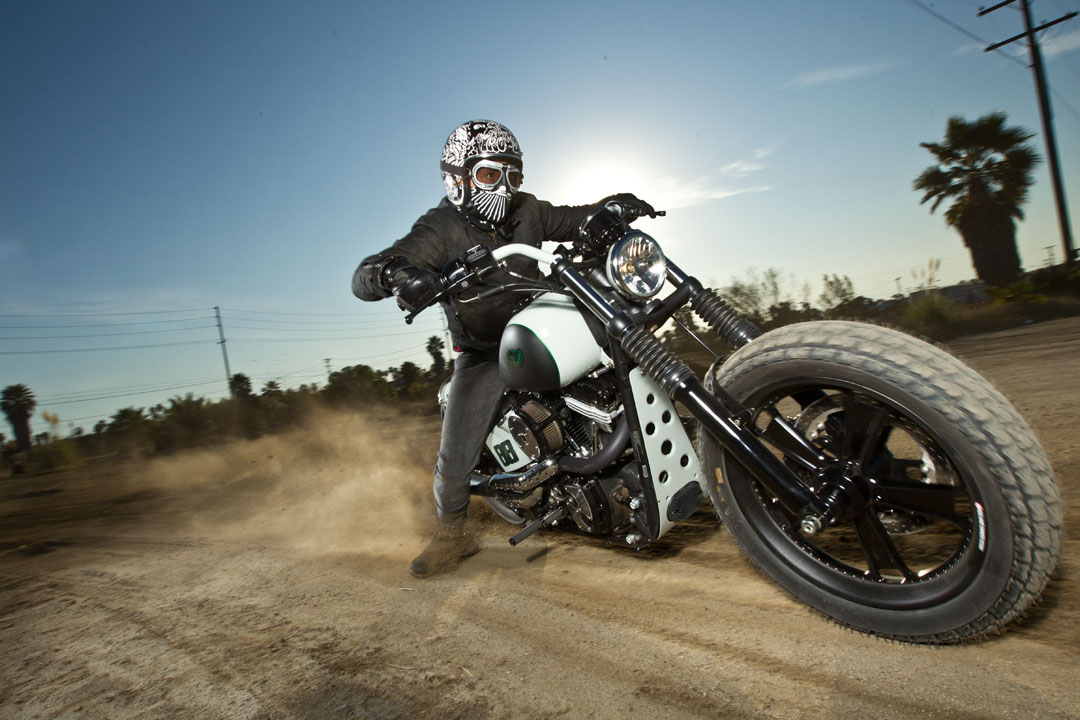 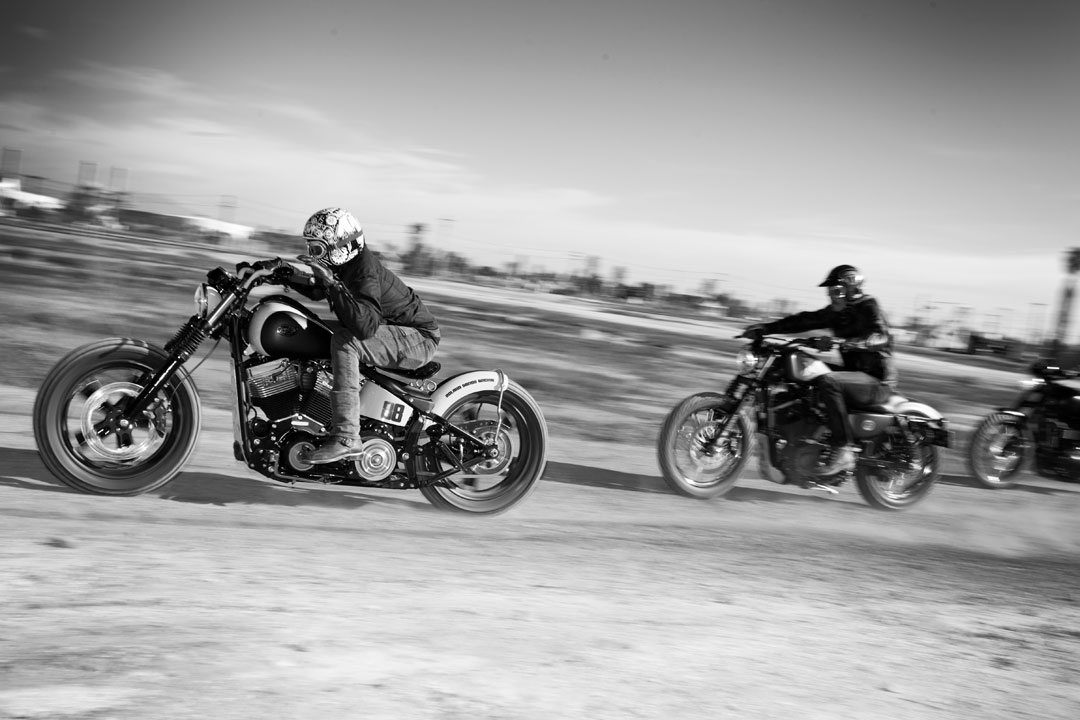 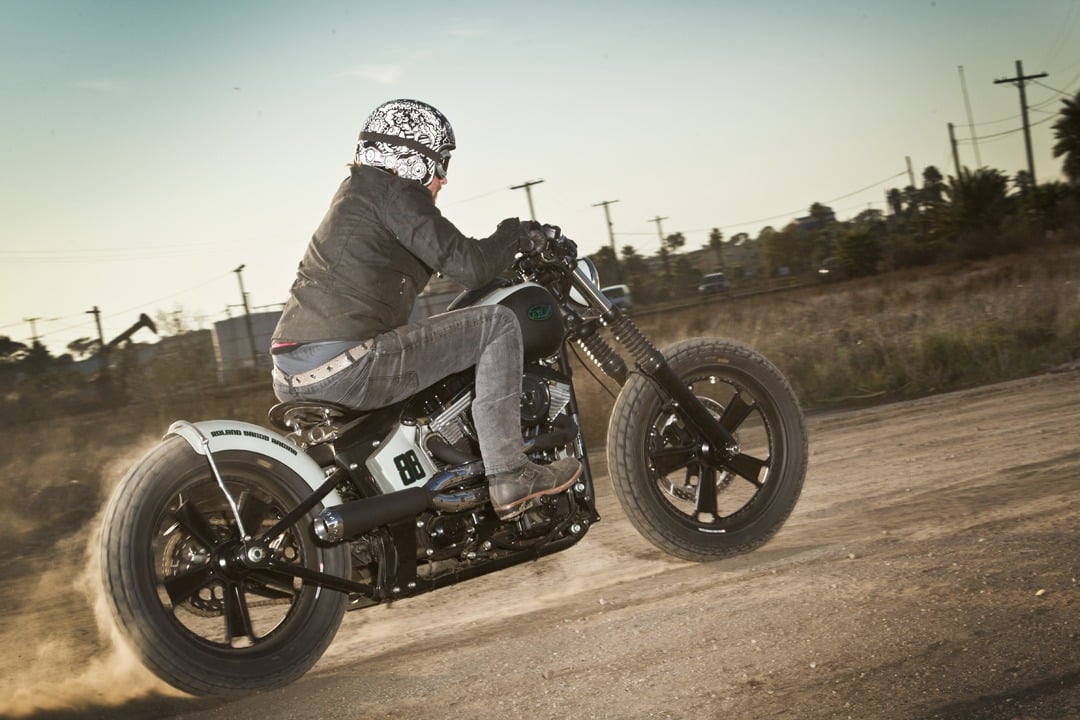 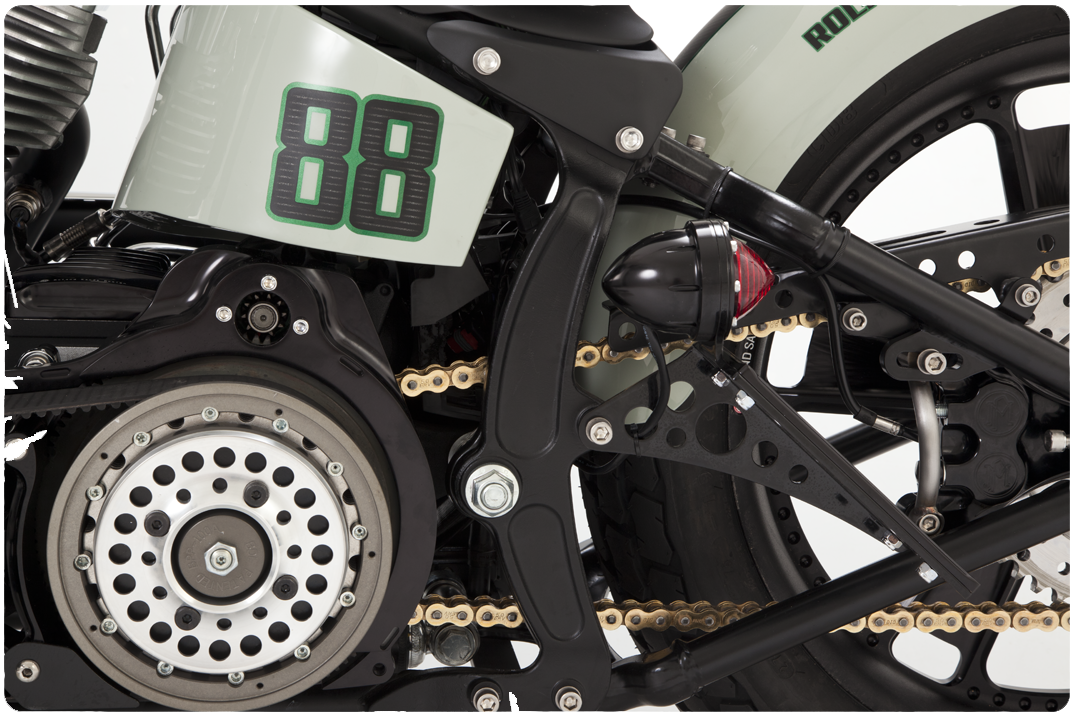 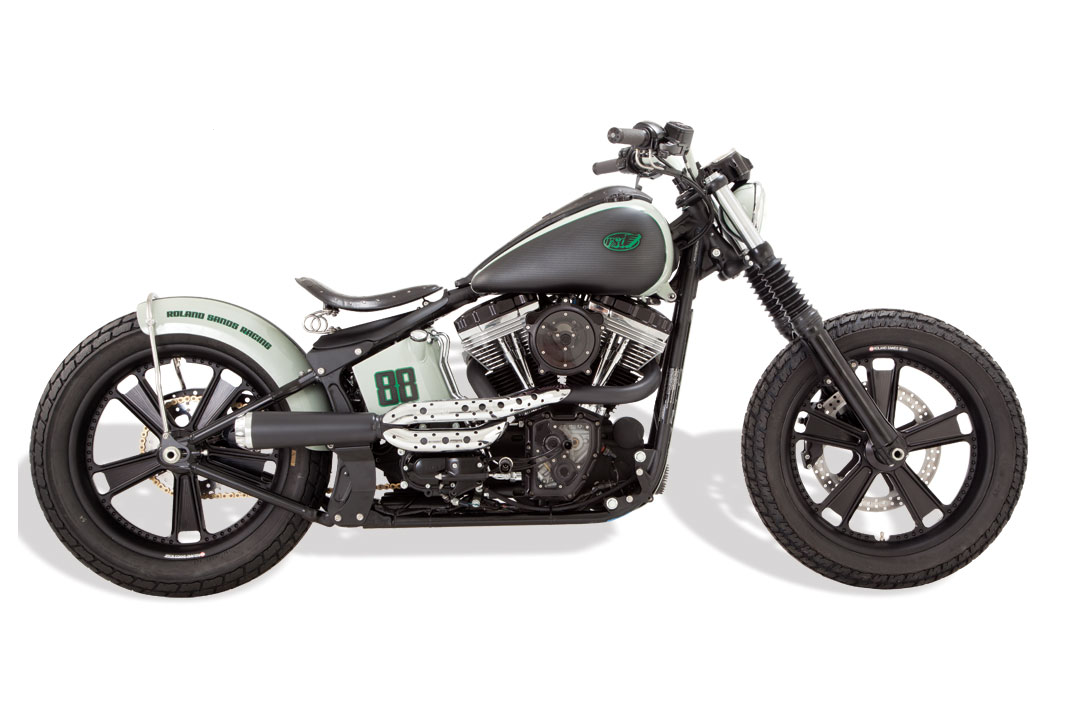 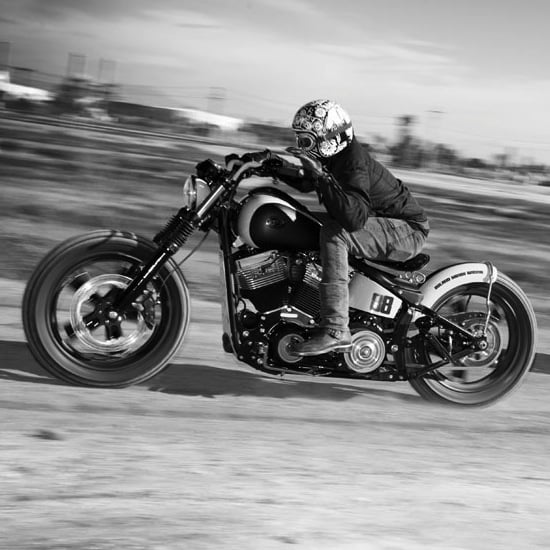