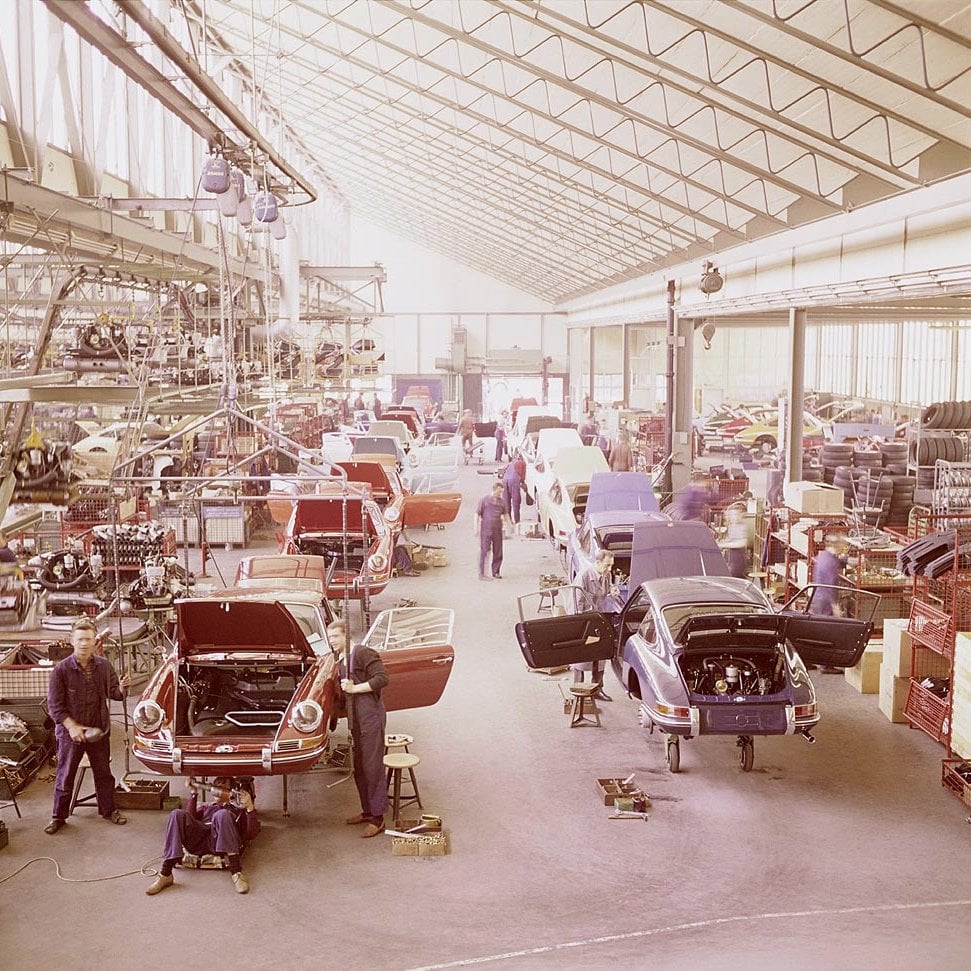 We love this breathtaking photograph of Porsche’s Stuttgart factory, I’m not a 911 expert but I’d guess it was taken in the late ’60s or very early ’70s.

I’ll take a red one.