The Pikes Peak Hill Climb has been running since 1916 and has seen almost every type of vehicle known to man slid around it’s corners from the start at Mile 7 on Pikes Peak Highway at 9,390 ft up to 14,111 ft, covering a climb of 4,721 ft.

This 10 minute film covers the 1957 event in beautifully retro ’50s style, drinking a cold beer and watching this is a surefire cure for even the most severe case of Mondayitis… 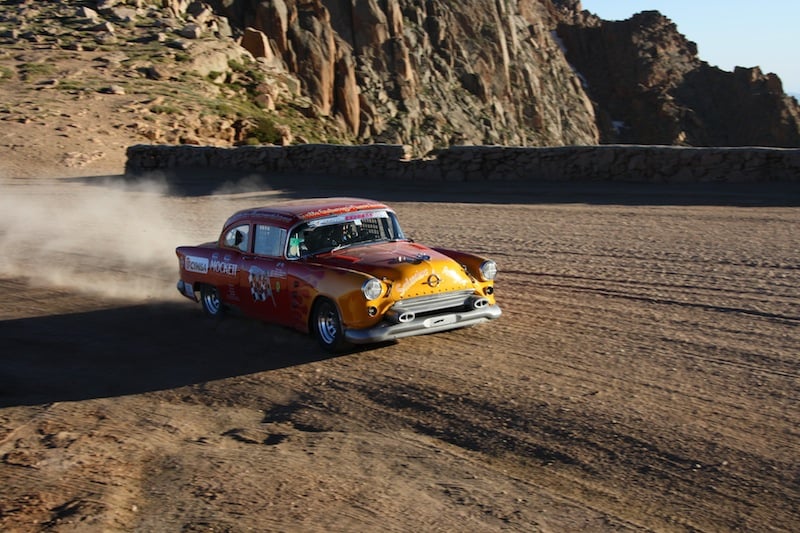 Facebook Twitter WhatsApp Email   Just one example of the De Tomaso Sport 5000 prototype was ever made, it was a joint project between…

Facebook Twitter WhatsApp Email   The Evel Knievel Stunt Cycle was one of the most lusted after toys of the 1970s, it features a…

Facebook Twitter WhatsApp Email This is an original Porsche 911 (996) GT3 R Porsche “Works” engine and gearbox that has been disassembled, refurbished, and reassembled…