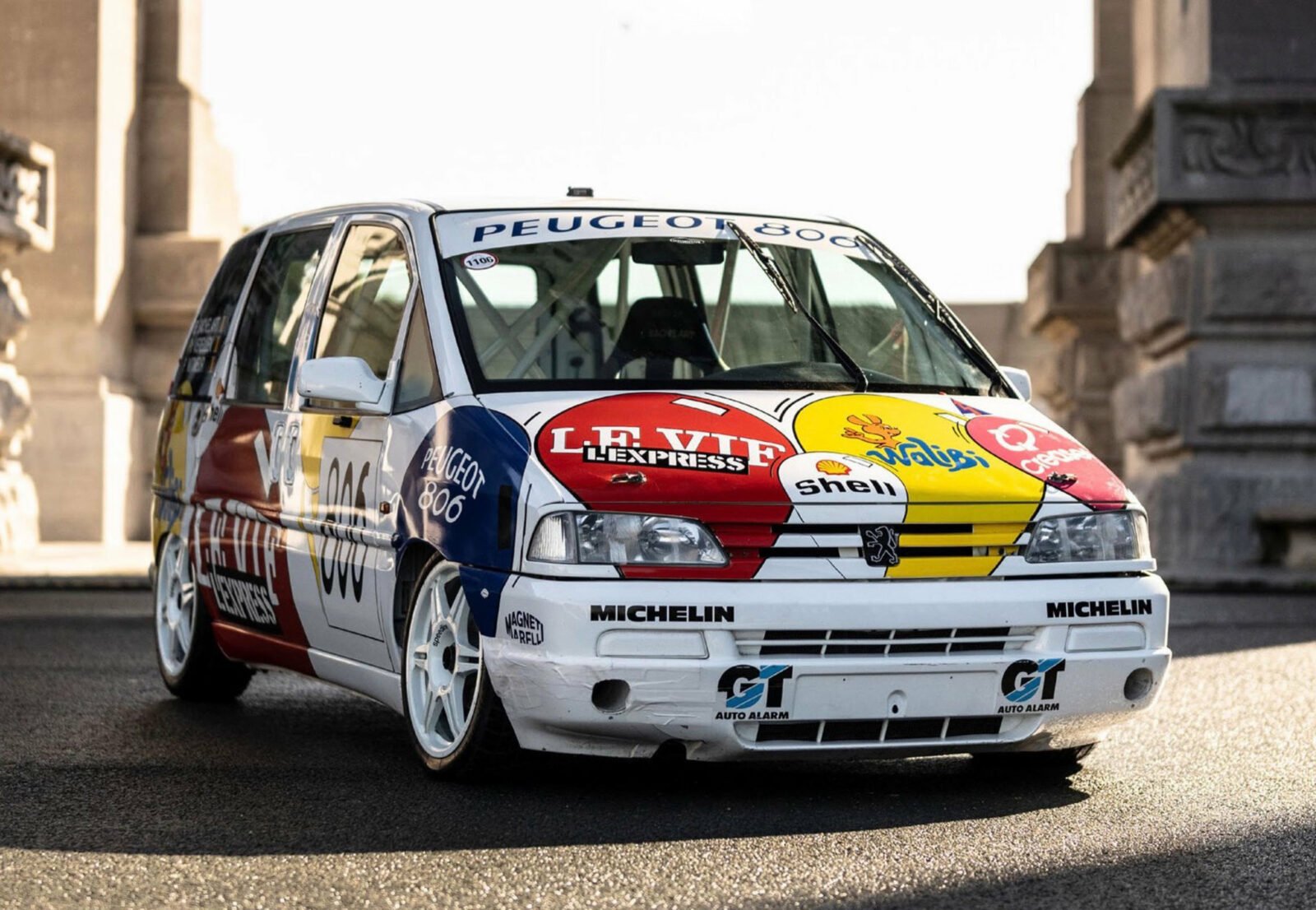 This is the Peugeot 806 Procar from 1995, it was created as the result of a wild (and wonderful) scheme organized by the French automaker to raise the profile of their new minivan by racing it at the Spa-Francorchamps 24 Hours against the best in the world.

The van shocked much of the endurance racing world by being genuinely competitive. It was 3rd in its class in practice, it qualified 12th out of 46 entrants, and it immediately became a crowd favourite – with the grandstands roaring their approval as it passed by.

Taking Raidillon On Two Wheels In A Minivan

“Everytime we passed by Raidillon, people were applauding. The public liked it, because apart from being atypical, it was often on two wheels!” – Racing Driver Pascal Witmeur

Above Video: This short clip contains footage of the unusual Peugeot 806 Procar in action.

Citroën, Peugeot, Fiat, and Lancia had come together in the early 1990s on a joint project to develop and manufacture a new minivan, each manufacturer would then produce their own version of it. It was quickly dubbed the “Eurovan” by the motoring media and this is typically how it’s referred to today.

The Eurovan would become a notable success, it remained in production for 20 years in various forms between 1994 and 2014 and they remain a common sight on European roads today.

Perhaps one issue with four manufacturers sharing what was essentially the same minivan or MPV platform was that it was difficult for them to each t differentiate their van from their competitors. A number of marketing strategies were tried but none were more creative than Peugeot, who opted to take theirs racing at the highest level of global endurance motorsport competition. 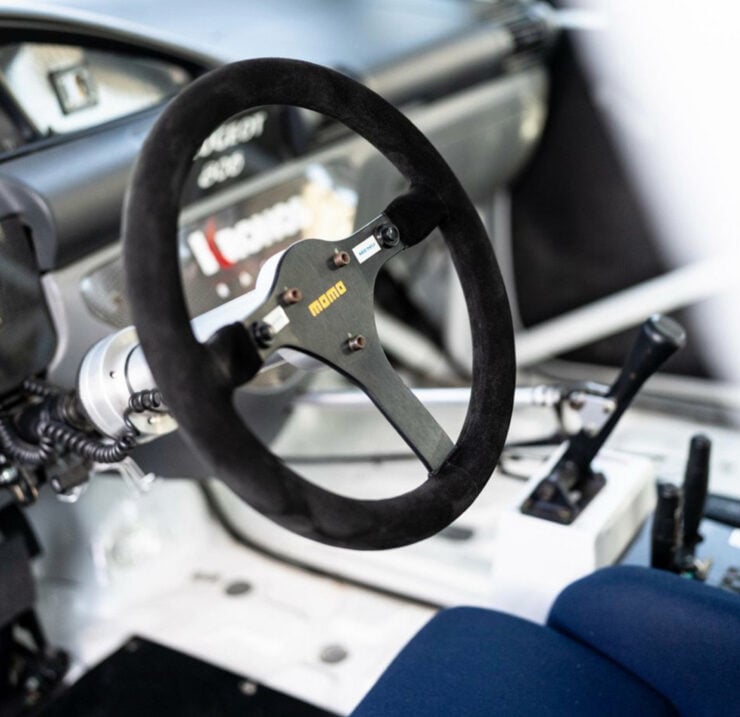 The interior has been fully stripped out for racing, and a roll cage as been added for safety along with a racing seat and harness for the driver.

When Peugeot made the calls to have an FIA endurance racing version of the new Peugeot 806 minivan built, they approached Kronos Racing, a successful motorsport team who had competed in the World Rally Championship with the Peugeot 206 and the Citroen Xsara.

Kronos Racing engineers then set about strengthening the unibody frame of the Peugeot 806 by welding and reinforcing it, a full roll cage was added, the running gear from the Peugeot 405 Mi16 racing car was fitted, and power was provided by an engine sourced from a Group A prepared Peugeot 306 producing over 280 bhp.

Despite the long odds against it the newly developed Peugeot 806 Procar actually began to show a lot of promise on track. It rose up through the field during practice sessions for the 1995 Spa-Francorchamps 24 Hours eventually setting the third fastest time in its class – no small thanks to drivers Philip Verellen, Pascal Witmeur, and Eric Bachelart who would often have the van up on two wheels through the corners. 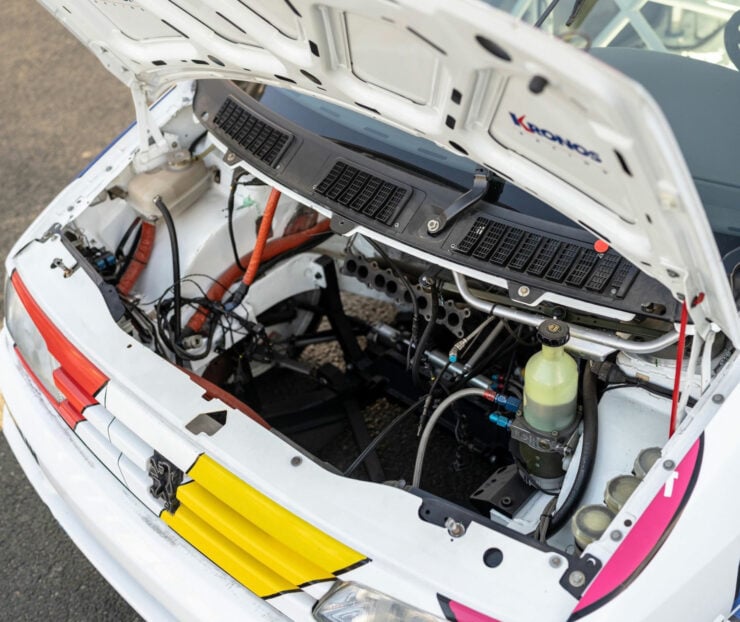 The original engine and transmission has now been removed, it was originally powered by a highly-modified Peugeot 306 Maxi four-cylinder 2.0 liter engine making 280 bhp.

During qualifying the van ended up 12th on the grid from a field of 46 cars, an astonishing feat by any standard. During the race there were some issues with the brakes, then the differential, followed by a race-ending engine failure. These were all a result of insufficient development time, and had Peugeot opted to stick with the racing program for the 806 Procar there’s no doubt it could have been improved further.

The car would be retired from competition after Spa and it remained in the private collection of the Kronos Racing team until the death of its founder Jean-Pierre Montron, possibly an indication of the sentimental value it held. 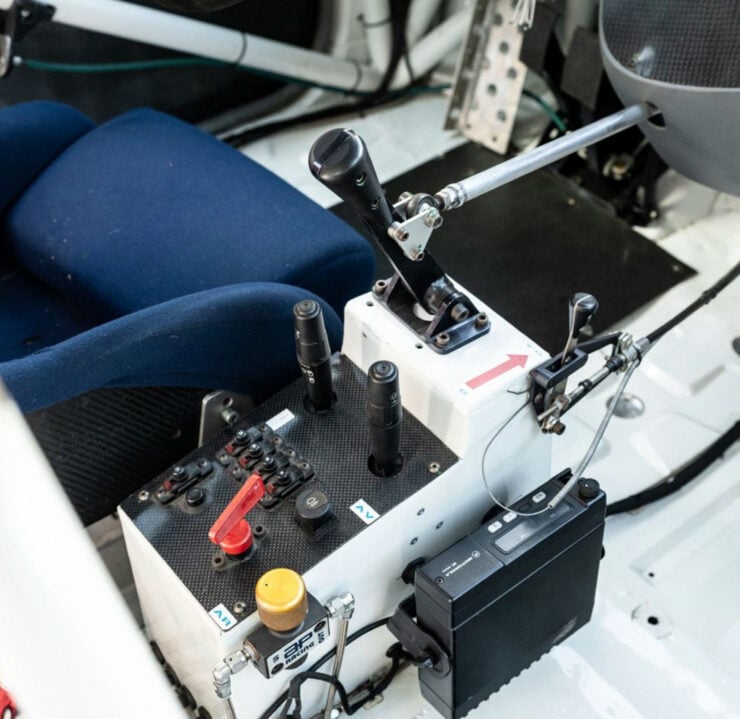 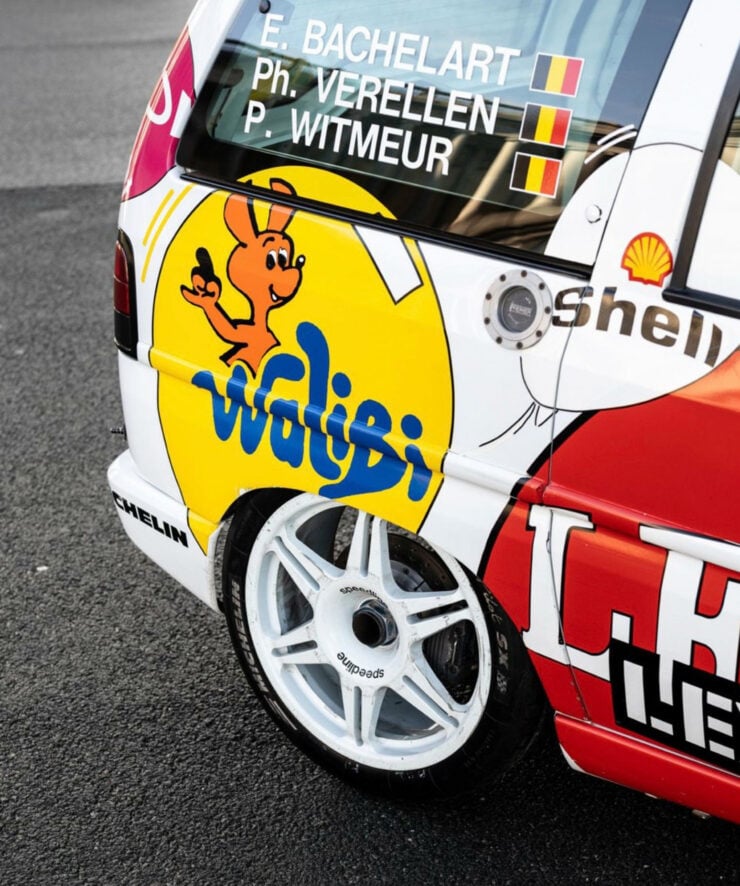 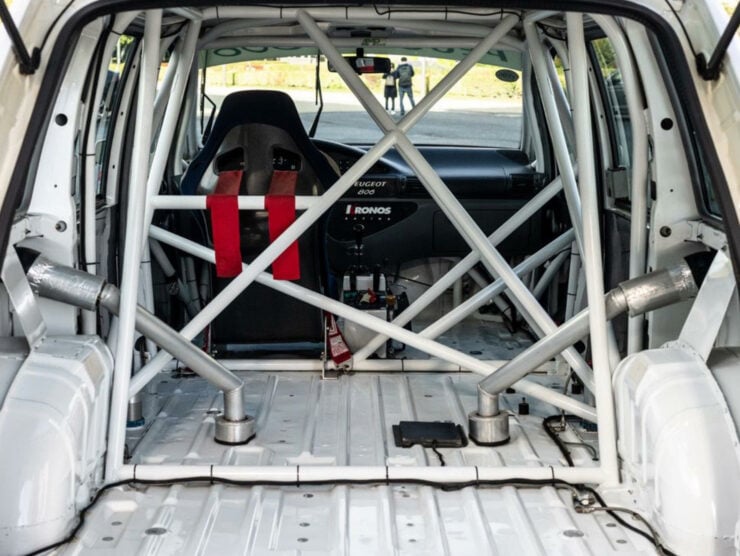 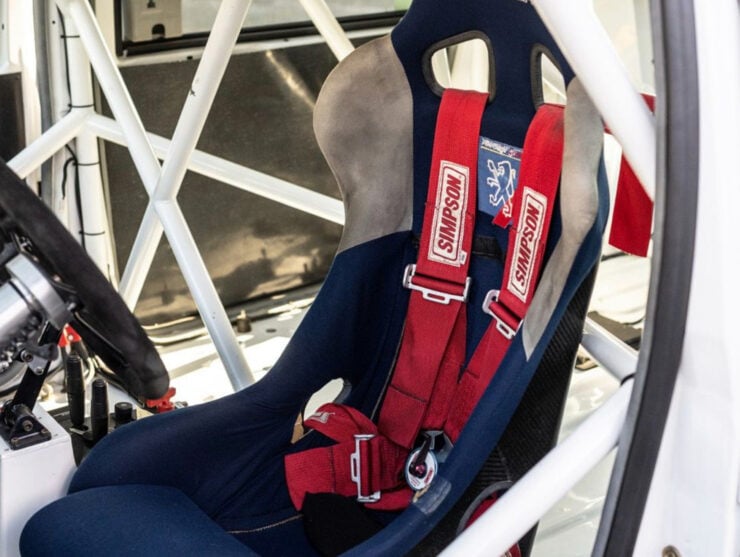 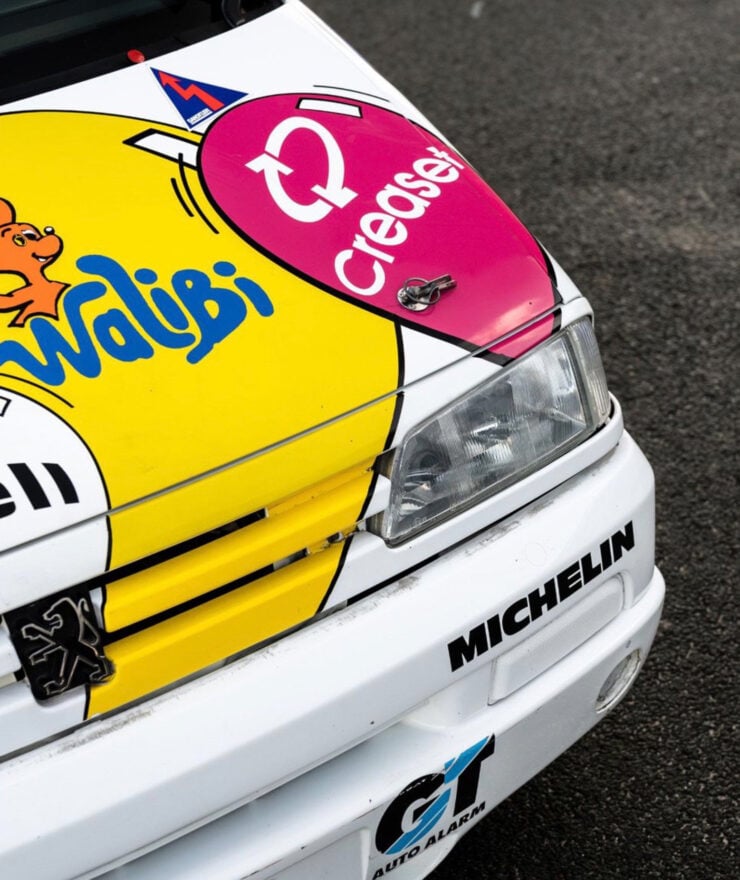 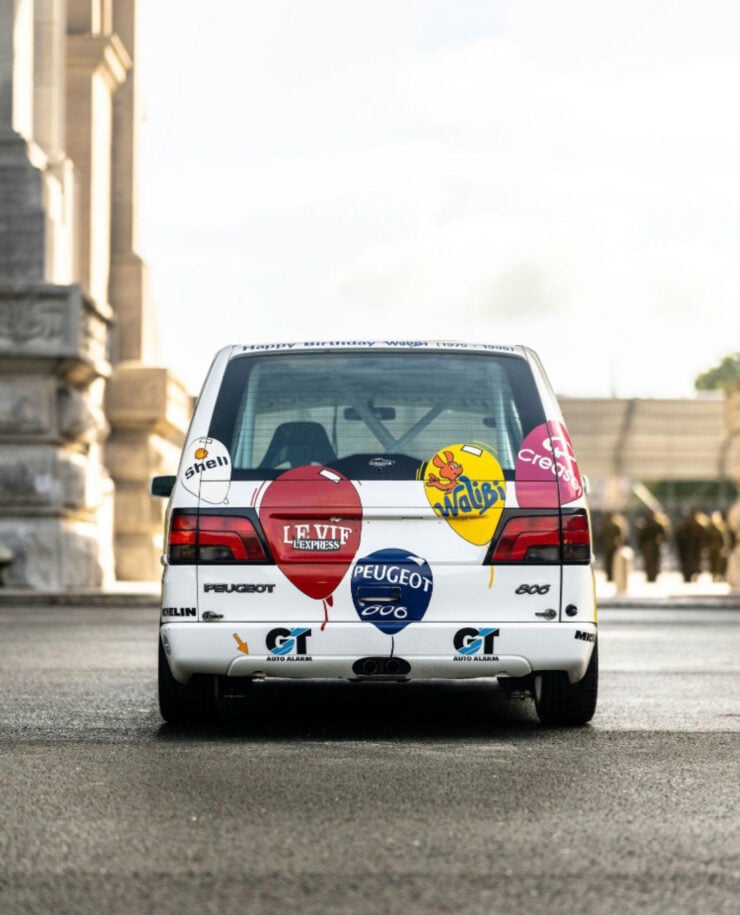