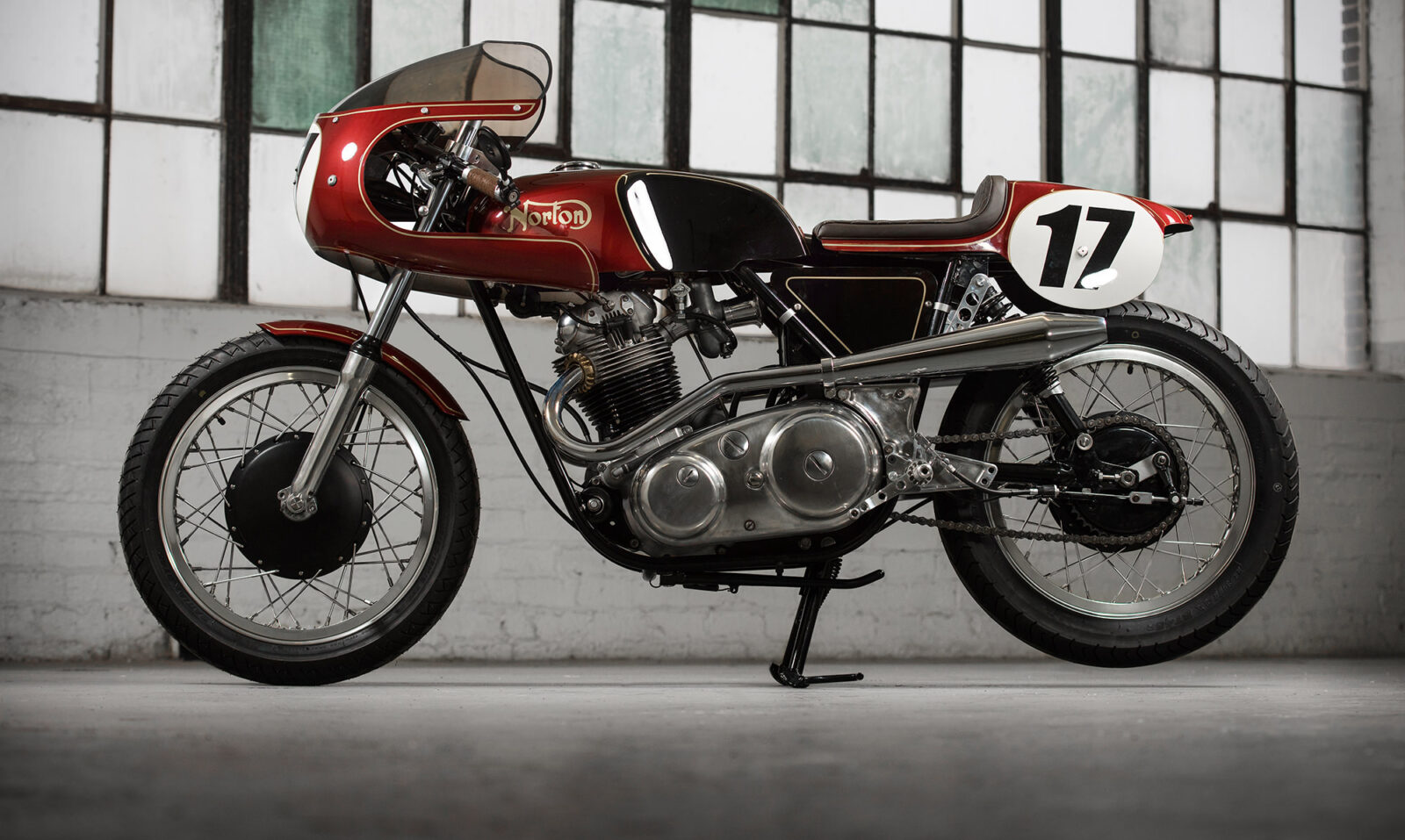 The Norton Commando is a motorcycle that probably shouldn’t have been as successful as it was. It was released in 1968 using a parallel twin that was originally introduced in 1949, this engine was called the Atlas and it was remarkable for a few reasons – perhaps none more so than for the fact that it would power one of the world’s fastest motorcycles 20 years after it was first designed.

Increased competition from both Japan and Italy had taken their toll on the British bike industry by the late 1960s and the R&D budget at Norton was at an all time low. The engineers set to work creating a new frame, a system of isolastic vibration dampers for the engine, modified suspension and a tweaked Atlas 745cc engine.

This new bike was called the Commando and it was first exhibited to the public at the 1967 Earls Court Show and it was a huge hit with attendees, orders began to roll in and most of the early published reviews sang the model’s praises. Much of the success of the Commando was thanks to its revolutionary frame, it was the work of former Rolls-Royce engineer Dr. Stefan Bauer, a man who had been given the unenviable task of designing a replacement for the iconic Norton Featherbed.

Rather than trying to emulate the Featherbed, Bauer chose to create an entirely new frame utilising engineering best practices and including an isolastic vibration dampening system that isolated the engine, gearbox and swing arm from the frame. Vibrations were reduced significantly, handling was improved and riders loved the torque from the big twin.

The Norton Commando would famously go on to win the Motor Cycle News Magazine “Machine of the Year” award for 5 years back to back from 1968 till 1972, and it would earn itself a place in the annals of iconic British motorcycles next to the Brough Superior SS100, the Vincent Black Shadow and the Triumph Bonneville.

Almost 50 years after the world first saw the Commando, the model lives on in the hands of collectors and enthusiasts around the world and there are a few companies like NYC Norton that specialise in keeping the bikes alive and well.

The 1971 Norton Commando you see here was discovered in the back of an abandoned school bus in a junk yard by car collector Dave Austin, he sent it into the team at NYC Norton for a full restoration, where it was promptly nicknamed “The School Bus” thanks to its origins. If the bike looks familiar to you, you may have seen it earlier this year on the Discovery Channel show Naked Speed, where the bike and its rebuild was showcased in front of millions of viewers both in the United States and around the world.

After tearing the bike down to its constituent parts, the rebuild process could begin. The frame was modified to fit the new fuel tank and seat, the motor was completely rebuilt to NYC Norton specifications, the head was decked for increased compression, a pair of Amal 932 Premier Concentric carburettors were fitted along with a Tri-Spark ignition.

If you’d like to read more about this bike or order one for yourself, you can click here to visit NYC Norton. 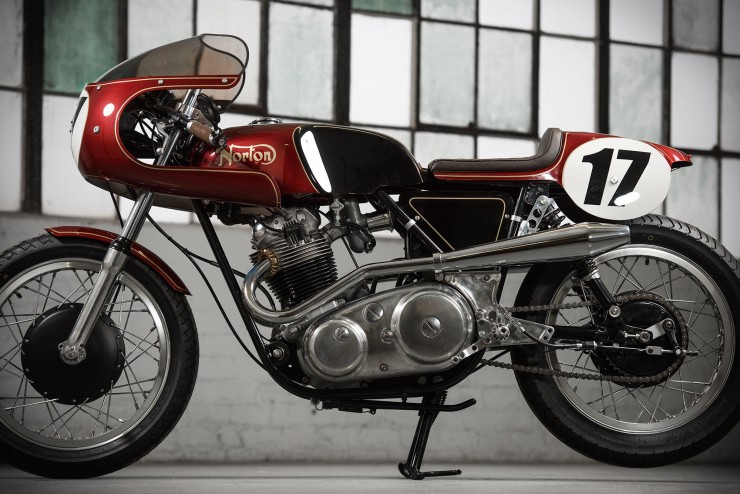 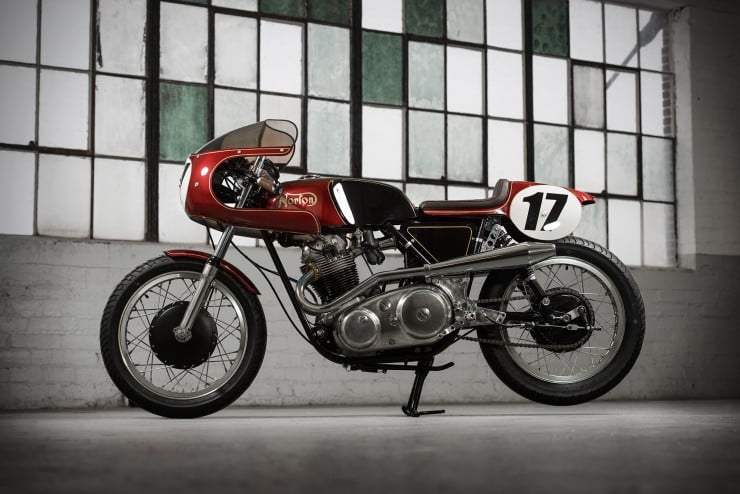 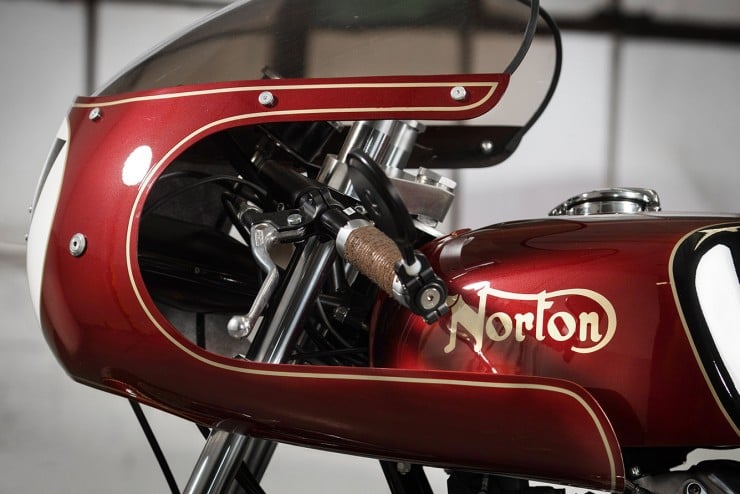 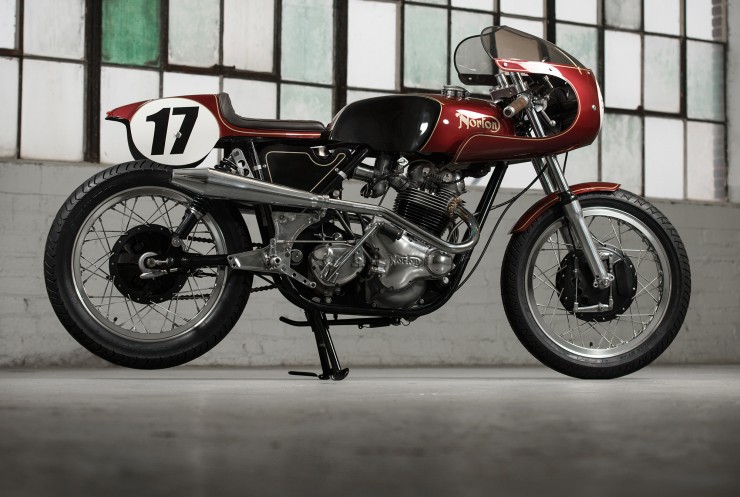 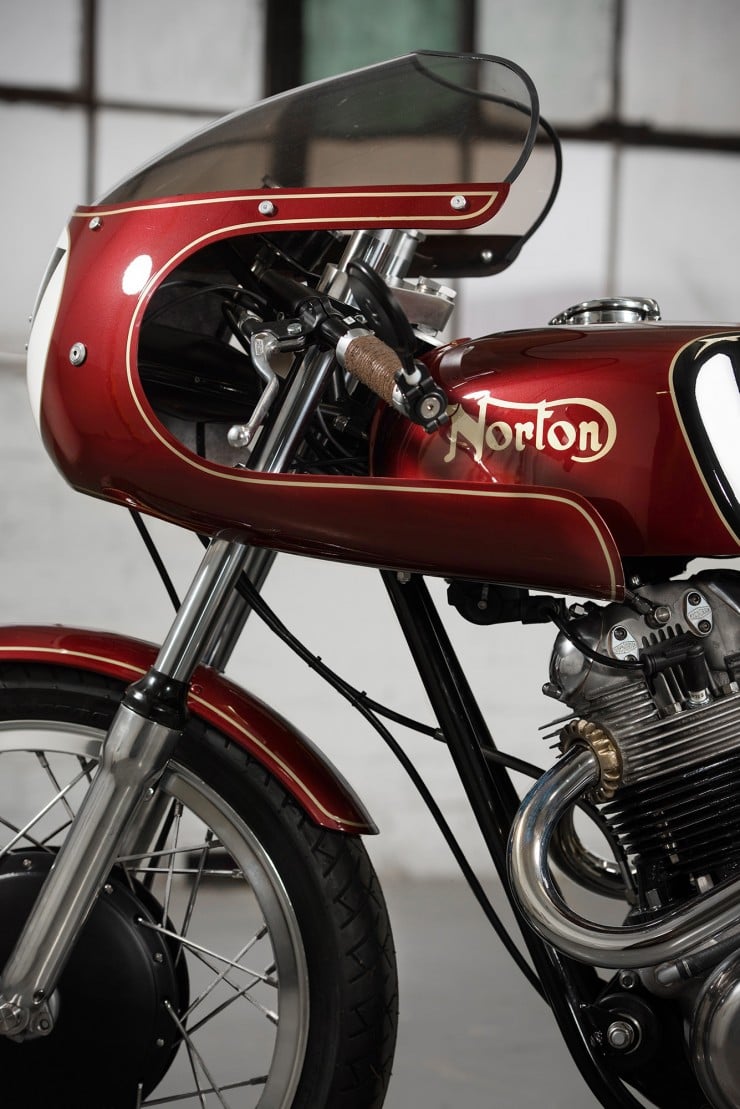 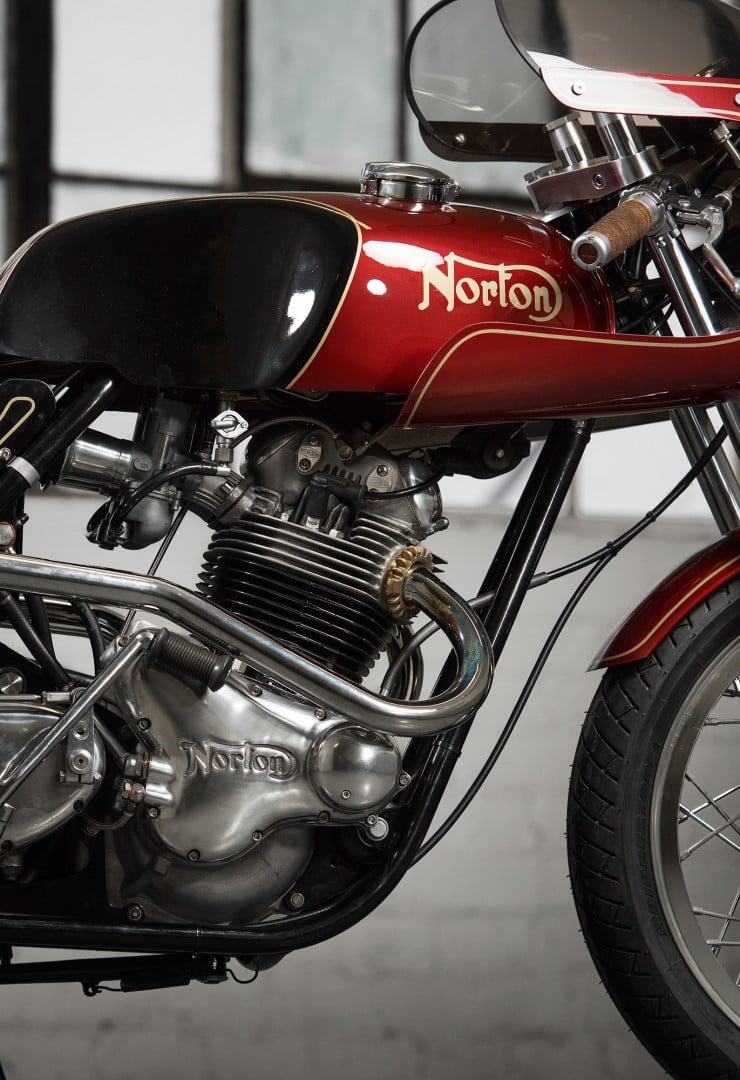 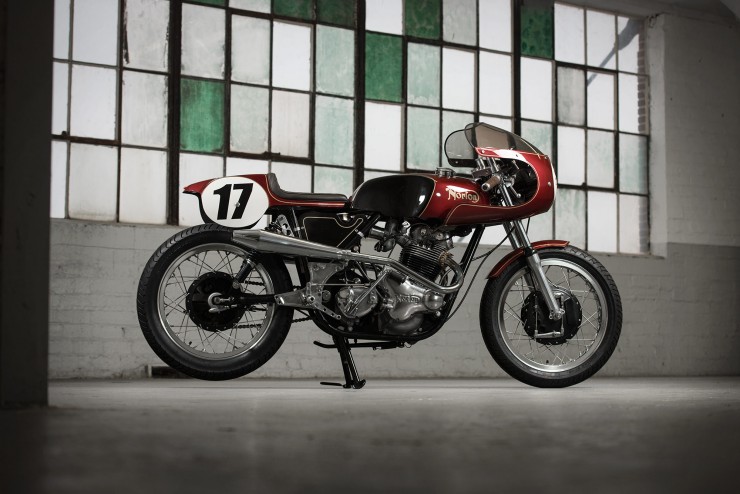 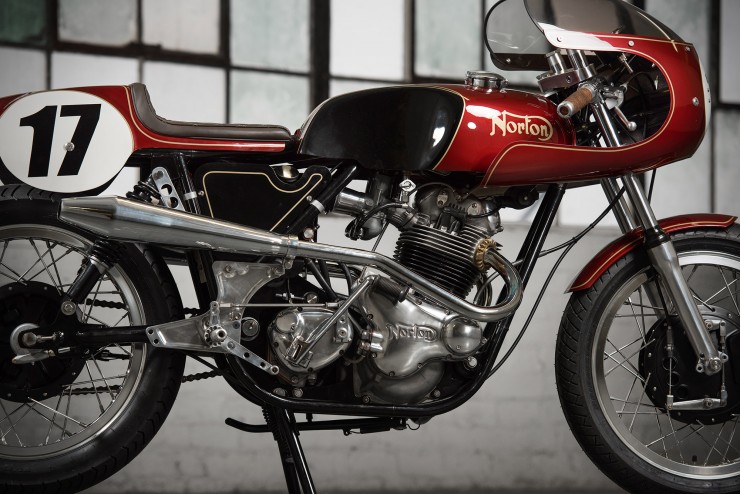 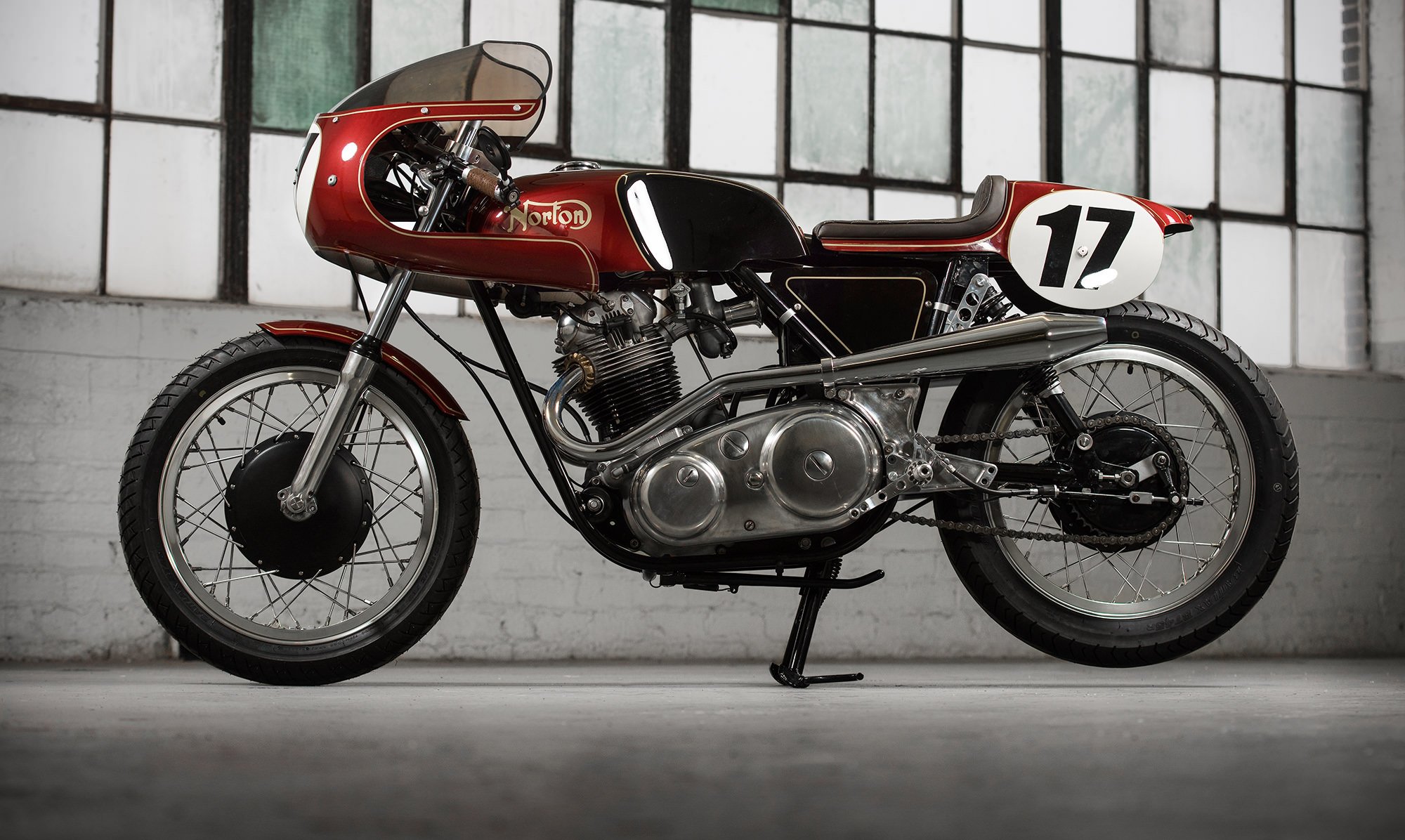