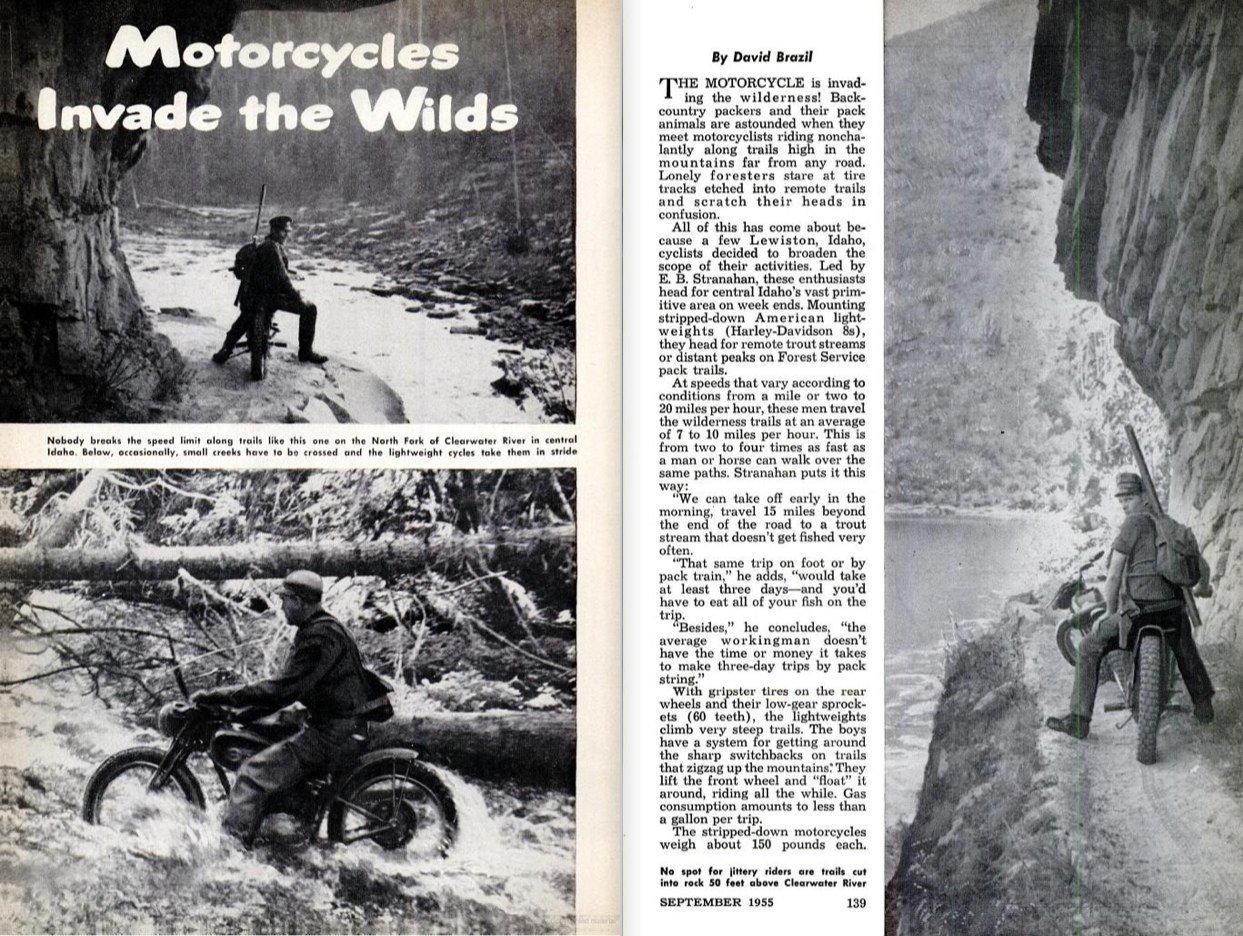 It’s a little hard to imagine people taking their Harley-Davidson hardtails out for weekends of mountain climbing and river fording but that’s exactly what they did in the 1950’s. These stripped down, 150lb motorcycles and their riders made it through some pretty serious terrain, plus they did it all with no rear suspension, no helmets and with fishing rods strapped to their backs. 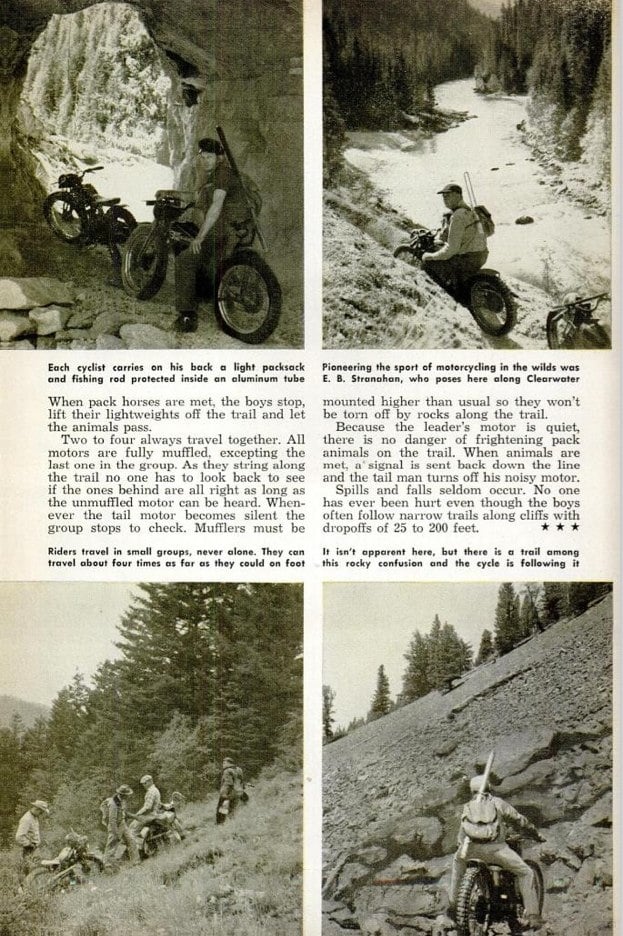 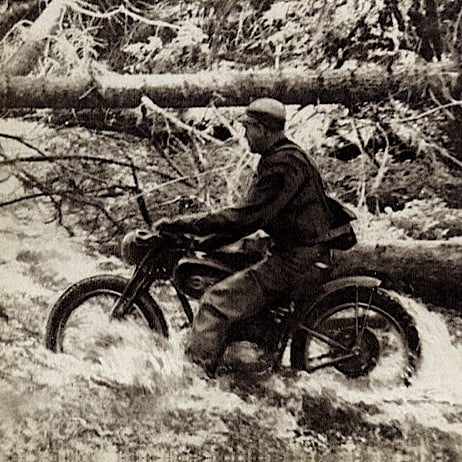