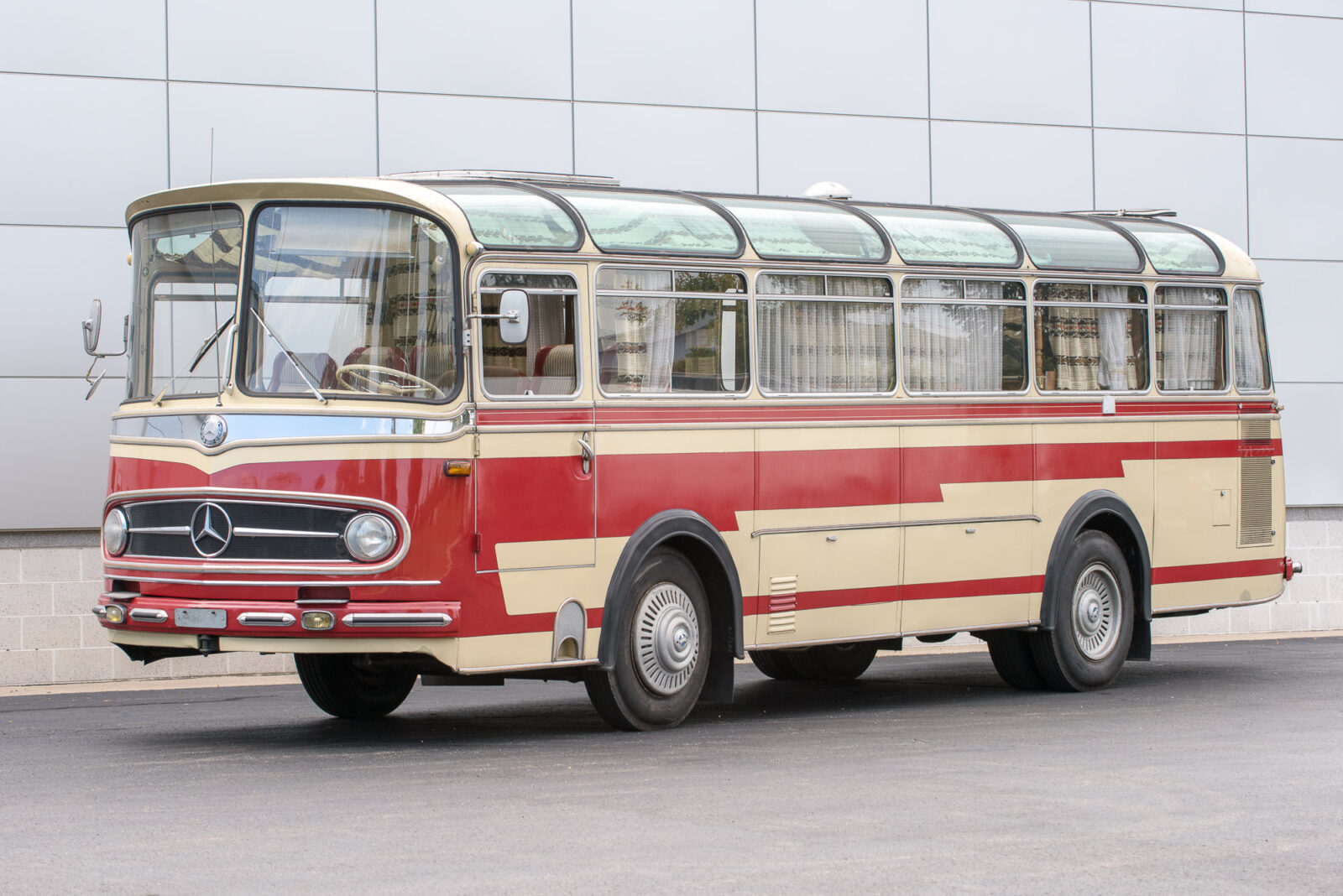 This is a surprisingly well-preserved 1961 Mercedes-Benz O321H bus that was previously owned by the Swiss hockey team EHC Biel in the 1960s and 1970s.

The bus proved to be a good luck charm for EHC Biel who had started out as a second-tier National League hockey team, within a few years they were promoted to first-tier status and not long after this they went on to win three National League championships.

The bus was later sold into private ownership, and it was then converted into an RV capable of comfortably carrying a family on extended trips. This camper configuration includes two beds, two couches, a kitchenette with a sink, a stove, refrigerator, closets, a sunroof, seating for six people and a small bathroom with a sink and a porta-potty.

Ideally for use in Switzerland the bus came from the factory with expansive Alpine windows in the roof, perfect for gazing up at mountain peaks.

When it was first released in 1954 the Mercedes-Benz O321H Bus represented a major shift in design for busses, particularly when compared to trucks.

Rather than using traditional body-on-chassis construction like trucks, the O321H Bus used a semi-monocoque design that both increased body rigidity and reduced weight. 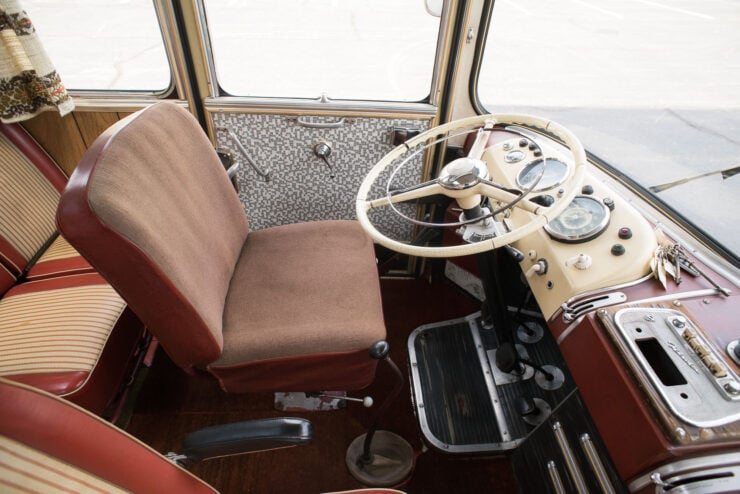 Above Image: The bus has an adjustable driver’s seat, a driver’s door, and visibility is excellent due the large windows.

The design proved remarkably popular and over 30,000 examples were built during the 1954 to 1970 production run. Another perk of the semi-monocoque design was that it allowed far more room for luggage under the floor, making the busses perfect for cross-country or even cross-continent journeys.

The most common engine was the 5.1 litre diesel Mercedes-Benz 6-cylinder OHV unit, this naturally-aspirated engine proved incredibly reliable and it produced 110 bhp and 220 lb ft of torque.

Power was sent to the rear wheels via a fully-synchronized 5-speed transmission, and depending on final gearing the bus could achieve fuel consumption figures of between 15.2 and 16 litres per 100 kilometers.

The unusual camper conversion that’s been applied to this Mercedes-Benz O321H makes it perfect for use either for road trip holidays or as a full-time home for someone who likes the vanlife ethos but needs a little more personal space.

The bus was bought from Switzerland to the United States approximately eight years ago, upon arrival it was given a fresh servicing by Mercedes-Benz specialist Ed Owen’s European Auto Solutions in order to ensure it was ready for whatever journeys the new owner wished to undertake. 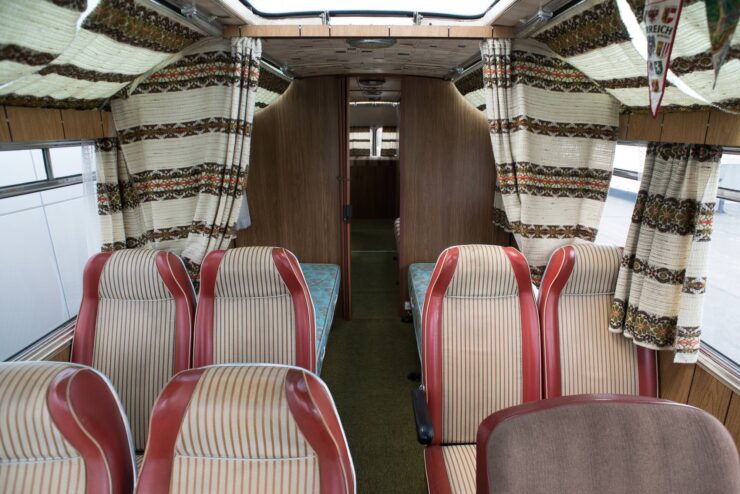 Above Image: Inside the bus there’s seating for seven including the driver, and there is a double bed as well as two singles that can convert into a double bed.

After this it was displayed at the German Car Day at the Larz Anderson Auto Museum where it proved a surprise favorite, gathering crowds of curious onlookers and winning the coveted People’s Choice award.

The bus is now for sale via Fox Motorsports based in Grand Rapids, Michigan. In recent years its received some additional servicing including an oil/filter change, new diesel primer pump, fuel filter, six new tires, two new batteries, and a new ignition switch.

The current asking price is $94,900 USD, if you’d like to read more about it you can click here to visit the listing. 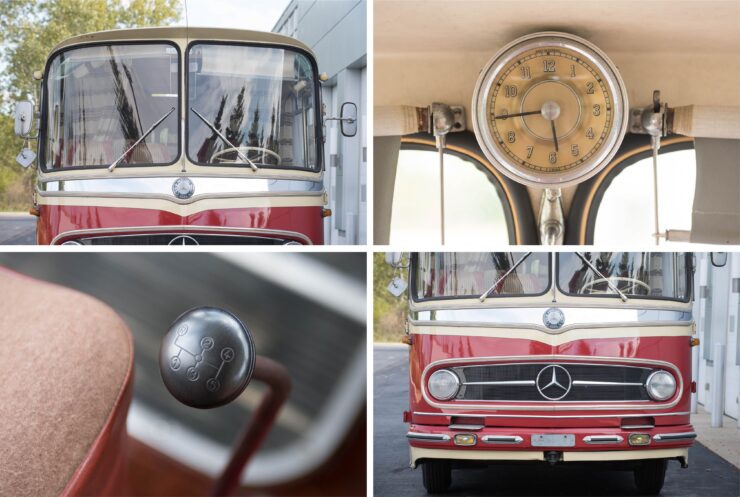 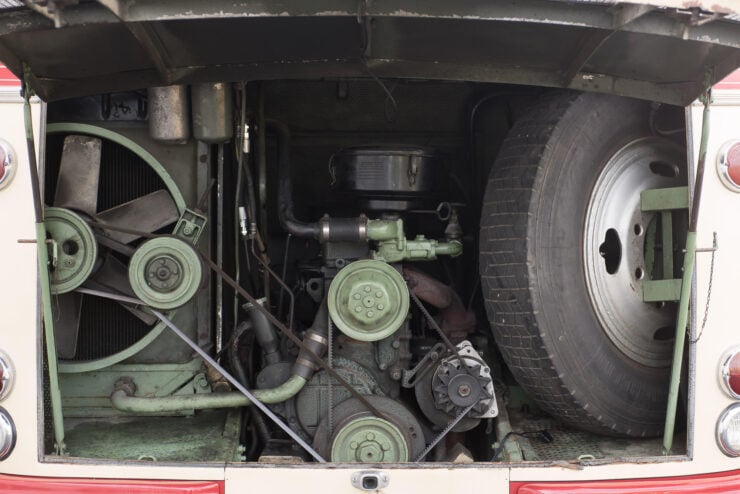 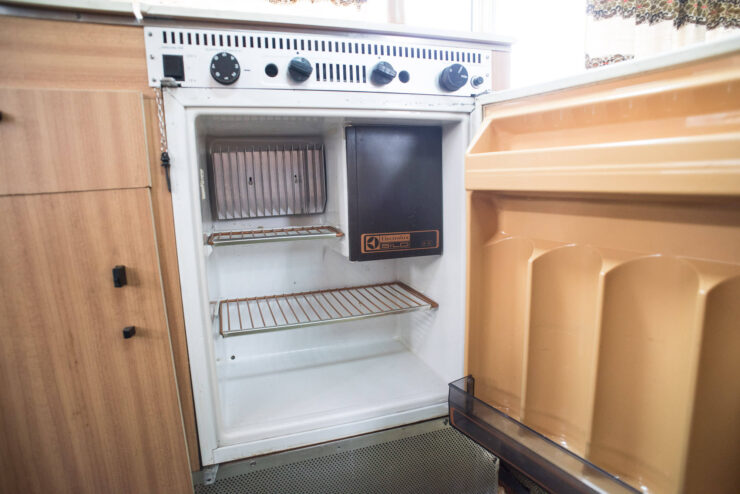 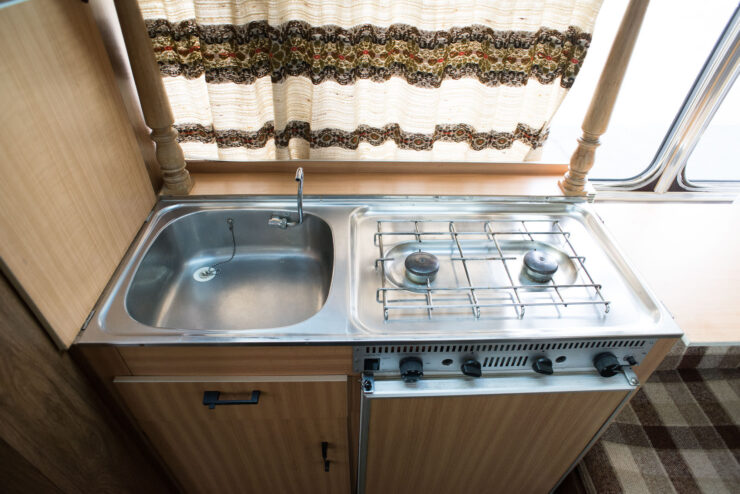 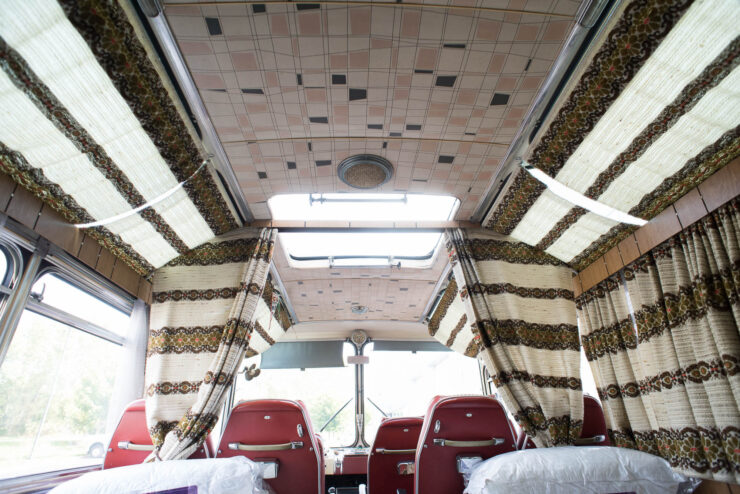 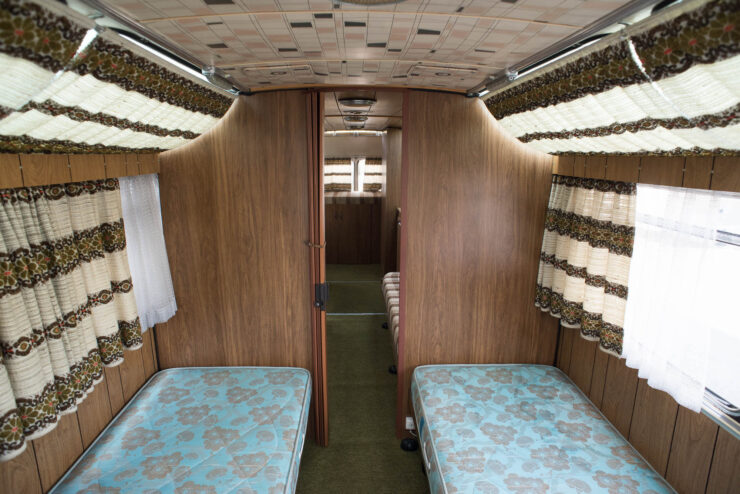 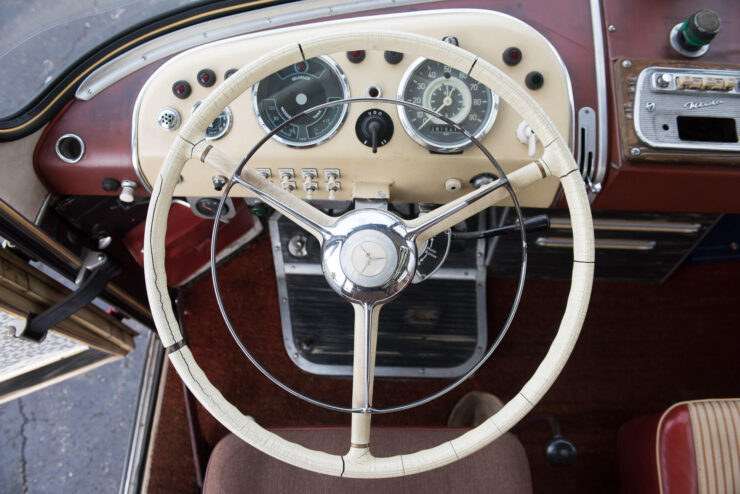 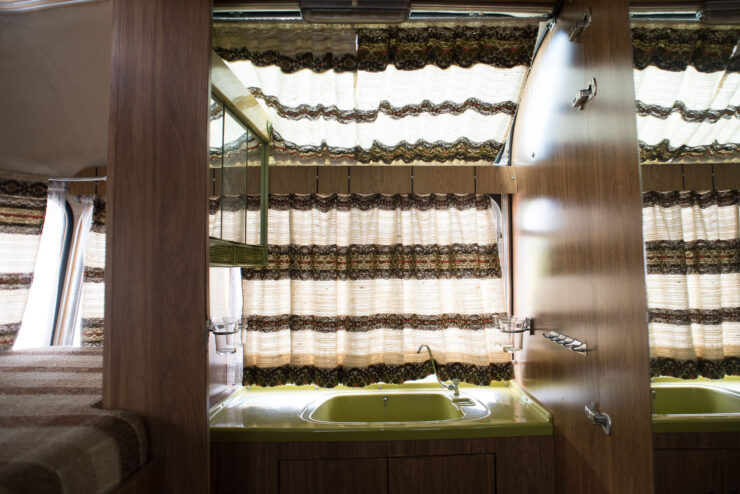 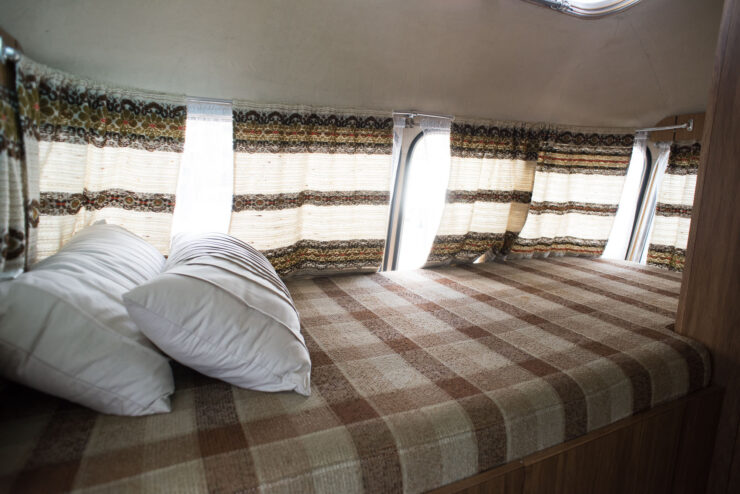 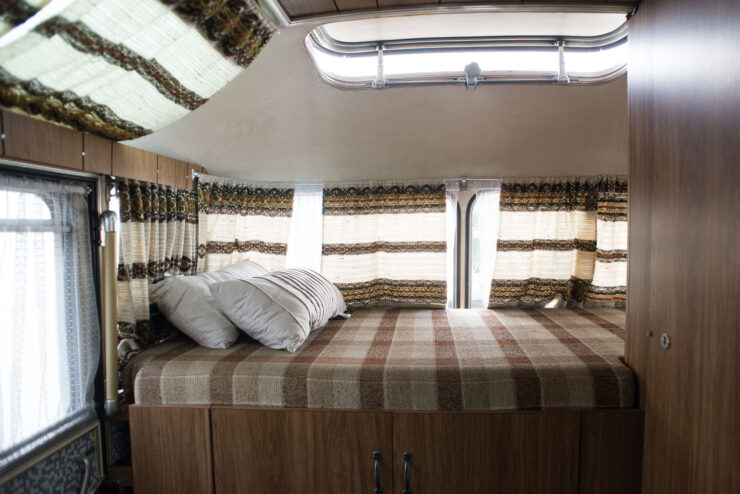 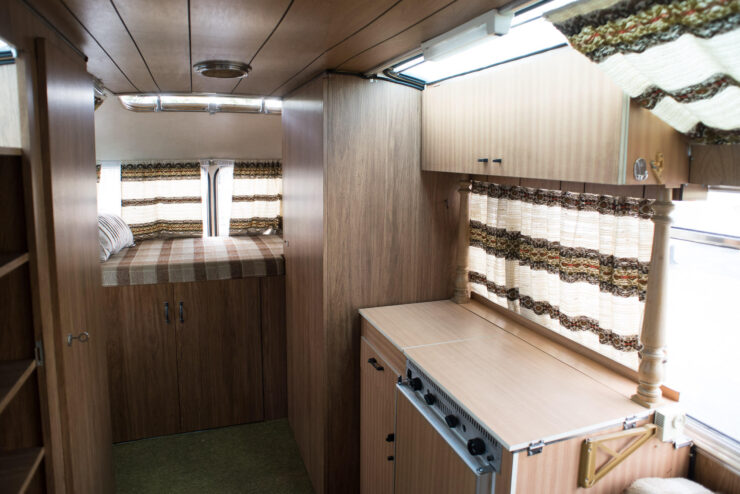 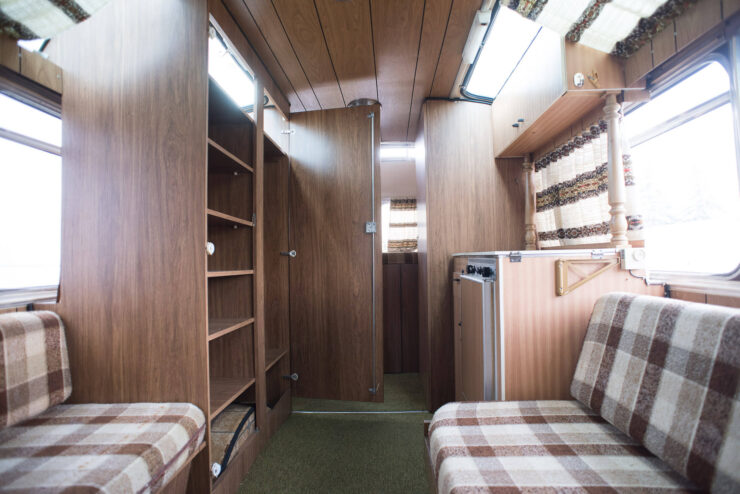 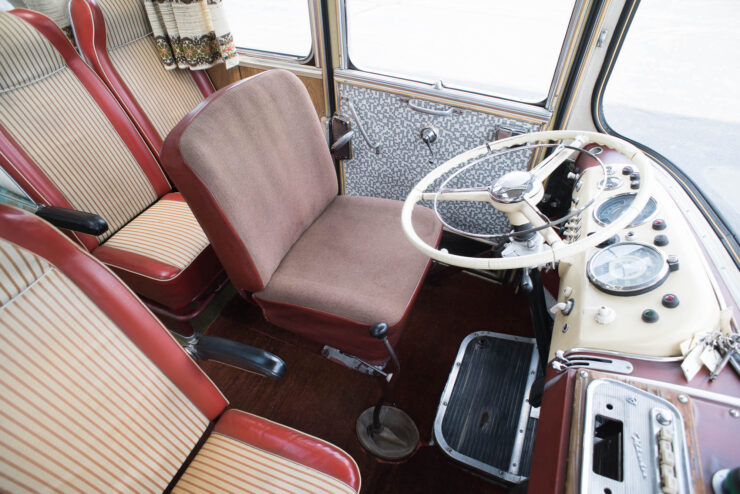 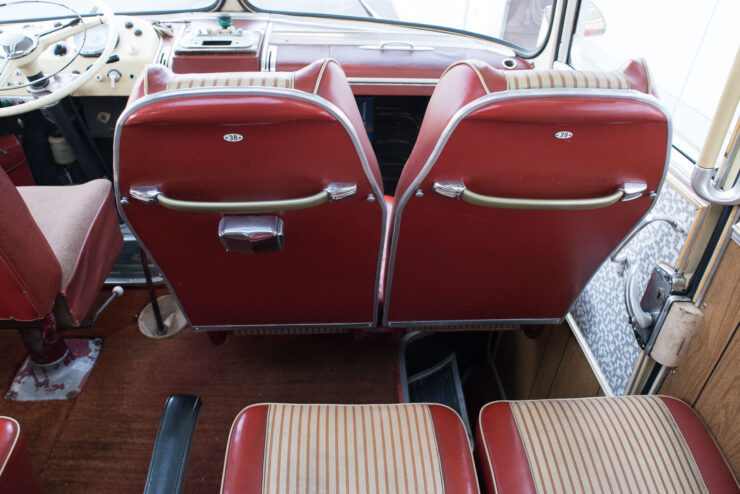 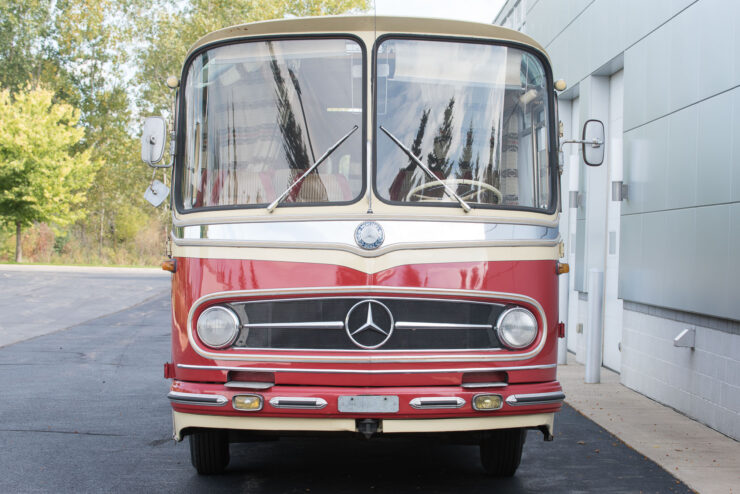 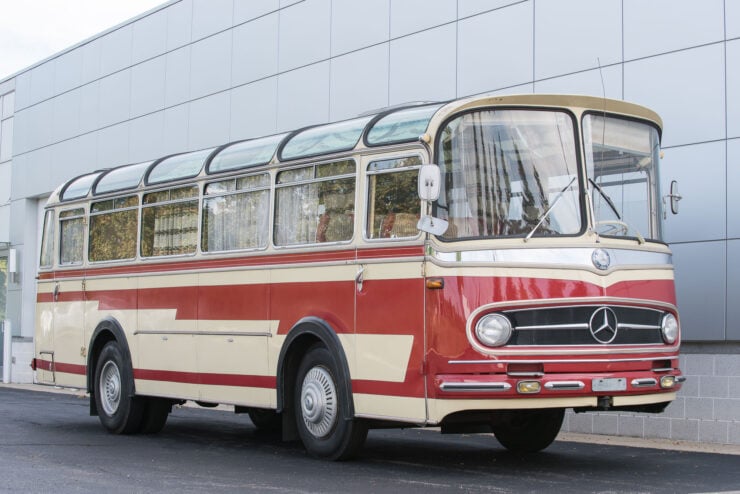 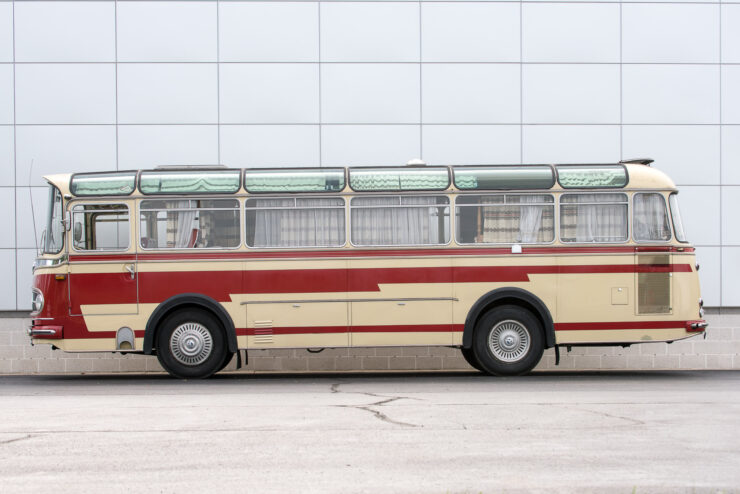 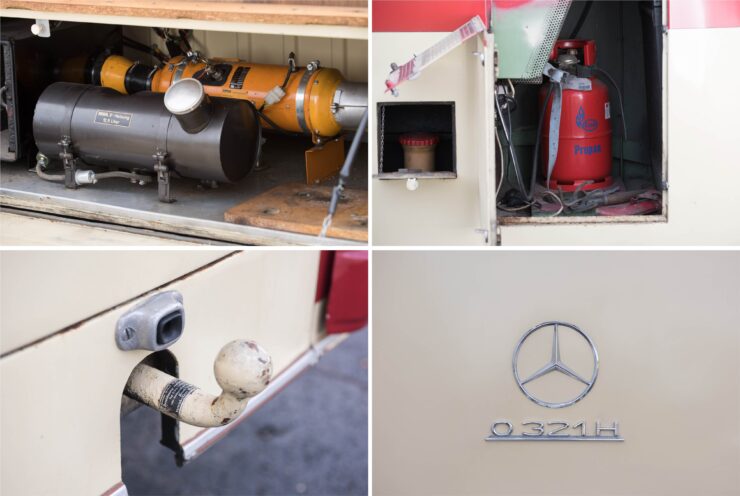