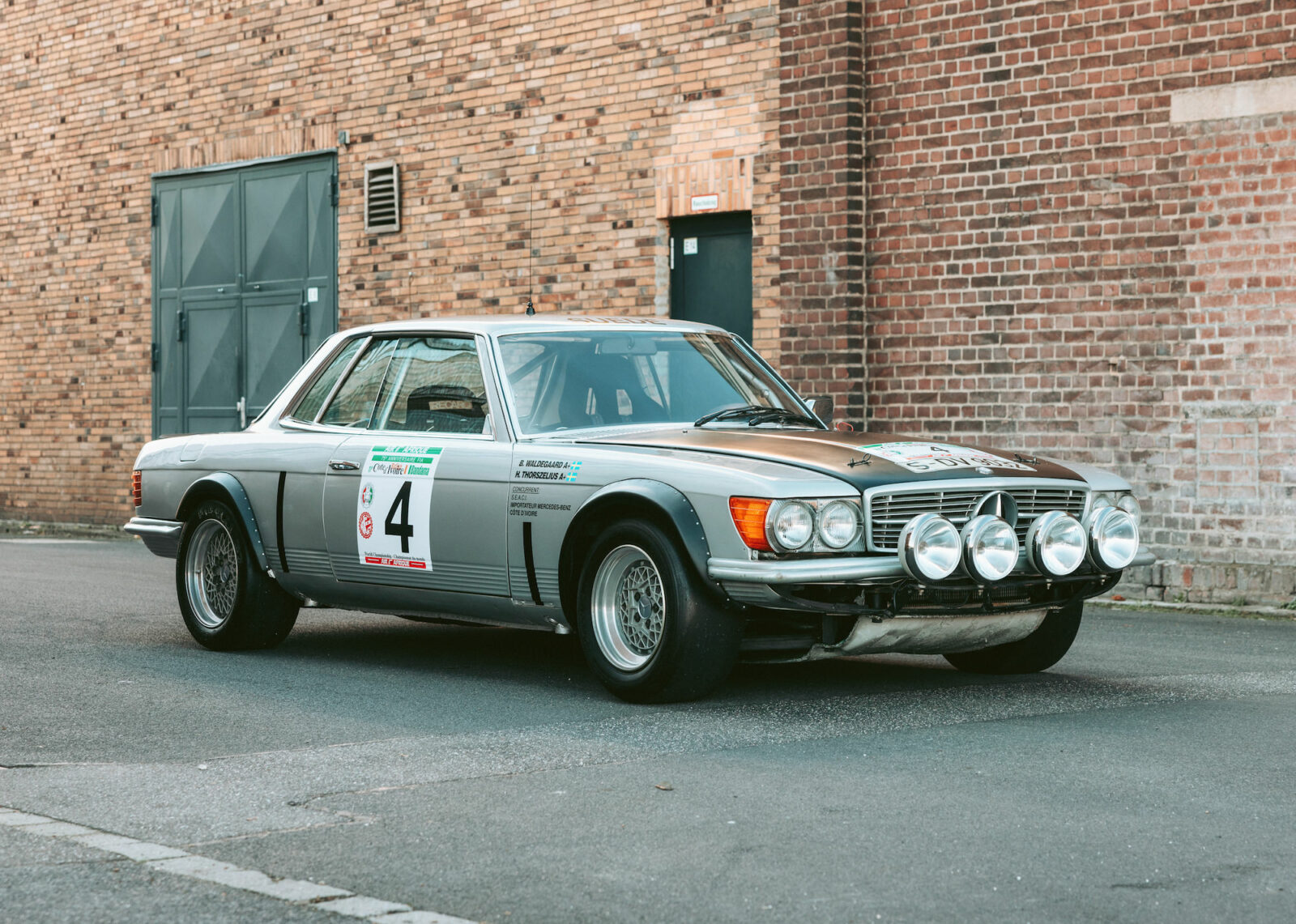 This 1979 Mercedes-Benz 450 SLC 5.0 is one of seven cars in this series, it’s a Mercedes-Benz works safari rally car and it took podium finishes at the Rallye Bandama Côte D’Ivoire and Marlboro Safari Rally in period.

Interestingly, the 450 SLC 5.0 would be the first V8 to win a World Rally Championship (WRC) event, and the first to win with an automatic transmission.

The Panzerwagen Becomes The Rallyewagen

Not long after the Mercedes-Benz R107 and C107 series was released in 1971 it acquired the nickname “Panzerwagen” after the Panzer IV tank used by the Germans in WWII. The reason for this moniker was the weight of the new model and how solidly built it was – tipping the scales at a not insignificant 1,635 kilograms or 3,604 lbs.

Above Video: This German footage from the 1979 Rallye Bandama Côte D’Ivoire shows the cars being raced, the auto-translate feature on YouTube works reasonably well and the racing starts at 1:13 after the spoken introduction.

The R107 was the internal designation for the convertible, and C107 was the designation for the hardtop coupe which also had a slightly longer wheelbase and proper rear seats. Both cars were closely related, using steel unibody construction with front mounted engines sending power to the rear wheels, and riding on independent front and rear suspension.

Given the weight and design of the R107/C107 series it seems unlikely that Mercedes had originally intended to race them. They were luxurious personal vehicles and successful ones at that, soon becoming a common sight in country club parking lots across the United States and Europe.

The weight and toughness would count against the cars in almost all fields of motor racing except one – long distance endurance rallies. These events tended to reward vehicles that could take a beating day after day while covering hundreds (often thousands) of miles of brutal terrain.

Mercedes engineer Dr Erich Waxenberger would head up the project to create the the Mercedes-Benz 450 SLC 5.0, the car that would become known as the “Rallyewagen.” He took a standard C107 and added aluminum opening panels to help reduce weight (by ~125 lbs) without comprising the strength of the steel unibody. 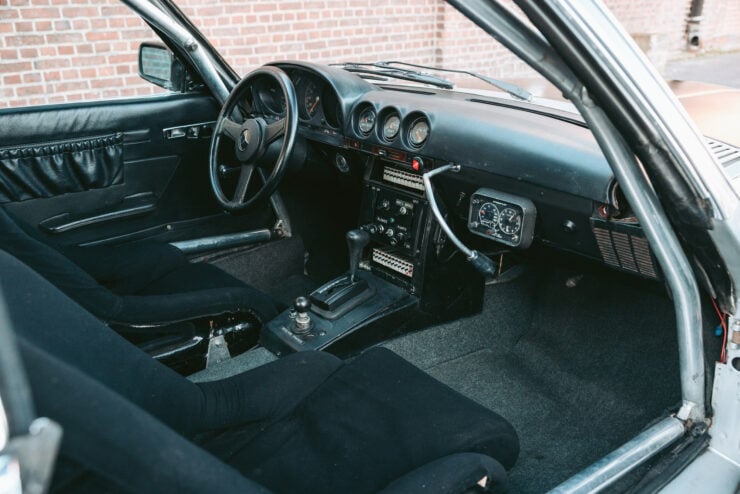 The 450 SLC 5.0 would be the first car to win a World Rally Championship (WRC) event with an automatic transmission, and the first to win with a V8 engine.

A new all-aluminum 5.0 liter V8 was developed, codenamed the M117, it was 88 lbs lighter than the iron block V8 it was based on, and it was mated to a modified version of the 3-speed automatic gearbox. The safari rally versions of the car were fitted with modified suspension that was stronger than standard with the benefit of additional ground clearance.

Bash plates were bolted into place underneath for very obvious reasons, spotlights were fitted up front for better nighttime visibility, and inside the car you’ll find racing bucket seats with harnesses, a roll cage, and various other additions for rally use.

Thanks in no small part to its 240 bhp V8 and its overall hardiness, the 450 SLC 5.0 would claim a remarkable number of wins and podium places for Mercedes, including at the 3,000 km-long Vuelta a La América del Sud where the cars took the top five places. In 1979 at the Bandama Rally Côte D’Ivoire (Ivory Coast Rally) they achieved a 1-2-3-4 finish, helped in no small part by a huge support crew sent from Europe.

A slew of other endurance rallies were entered, with the cars establishing themselves as the ones to beat – a situation that shocked the many observers who had felt the cars would struggle to even finish an event, let alone take a clean sweep of the podium. 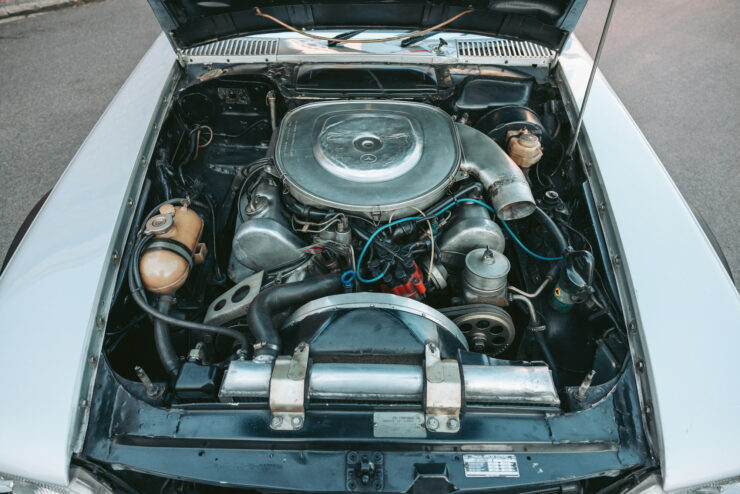 Thanks to its aluminum block and heads, the M117 V8 engine was 88 lbs lighter than the iron block engine it was based on. It also benefited from larger exhaust ports and sodium filled exhaust valves – it produced 240 bhp.

The road-legal homologation version of the works racing 450 SLC 5.0 (including the later 500 SLC) would sell in relatively low numbers, with 2,769 produced in total. They’re now among the most collectible of the R107/C107 family.

The car you see here was driven by Swedish rally legend Björn Waldegård to a 3rd place at the Rallye Bandama Côte D’Ivoire in 1979 followed by another 3rd with Vic Preston Jr at the wheel at the 1980 Marlboro Safari Rally in Kenya.

It was later sold out of the factory works team to a private owner, it was restored in the 1990s. Since that time it’s been returned to its Bandama Rally livery and carefully preserved.

It’s now accompanied by the original German title, stating Mercedes-Benz Stuttgart first registered the car on 26 September 1979. Chassis #836 has been well recorded in numerous books devoted to Mercedes-Benz cars of this era, and the company’s motorsport history.

It’s now due to roll across the auction block with RM Sotheby’s on the 1st of February in Paris. If you’d like to read more about it or register to bid you can visit the listing here. 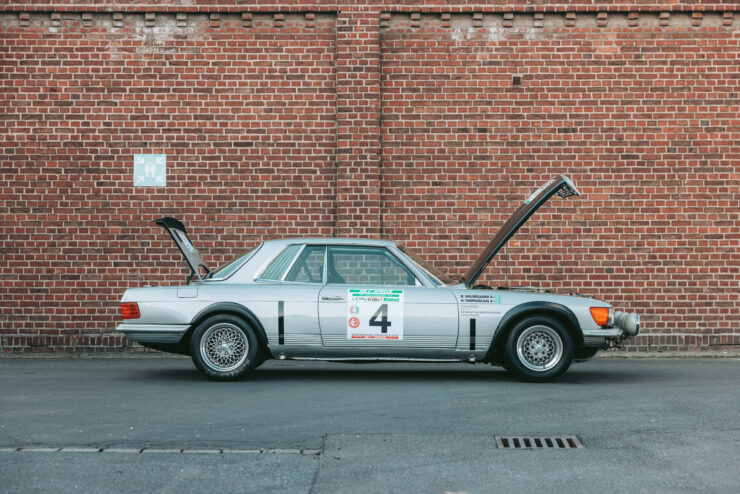 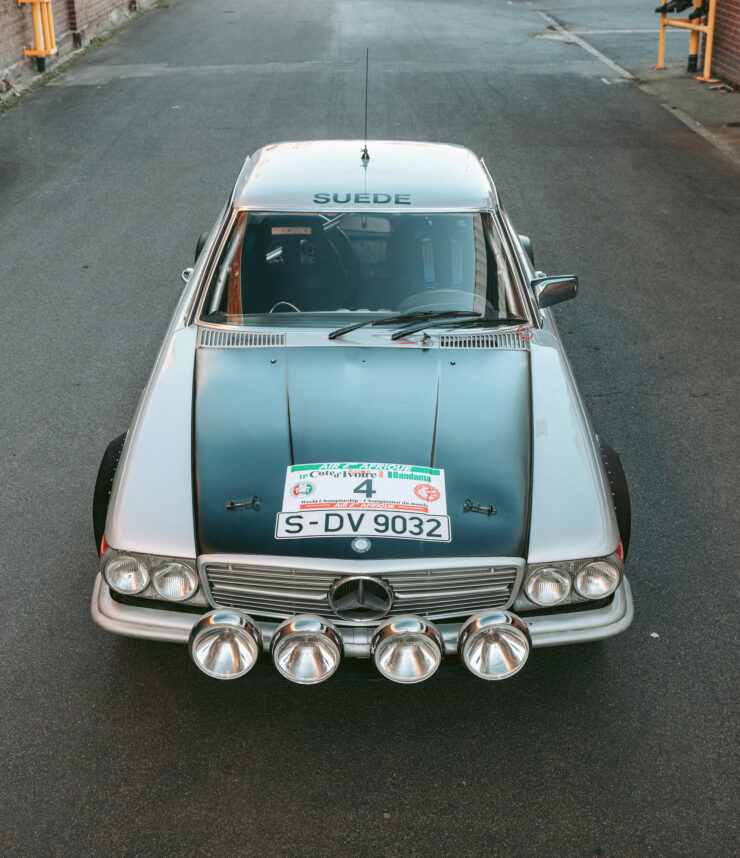 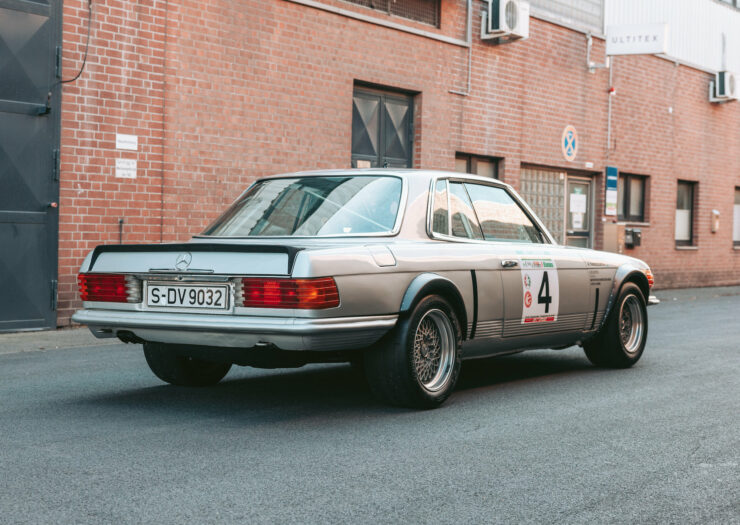 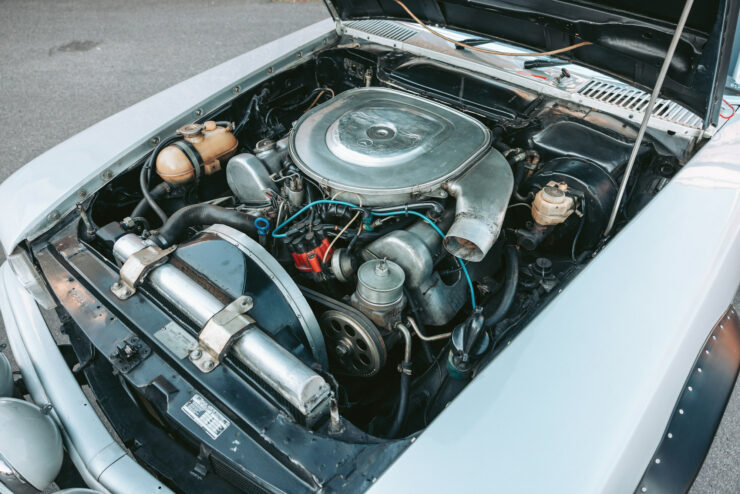 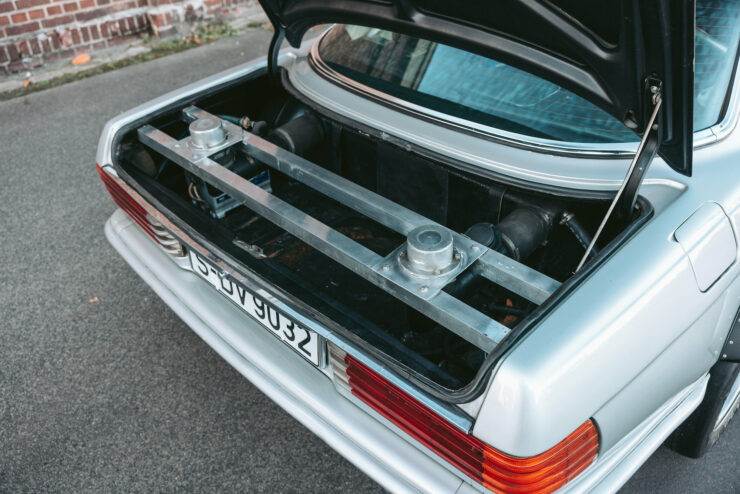 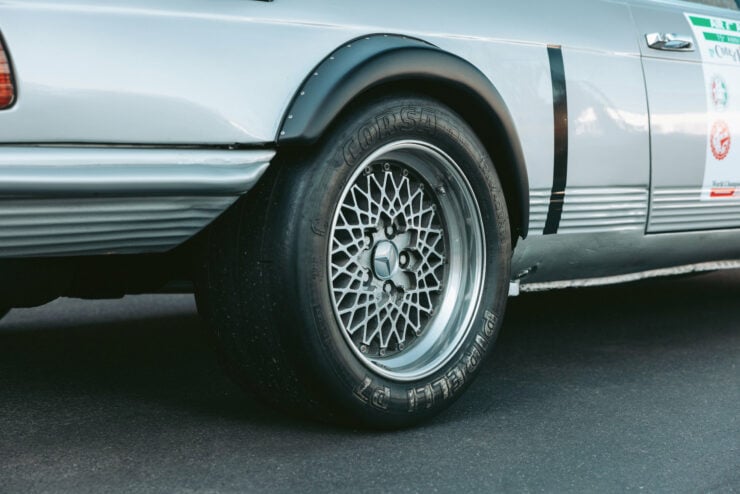 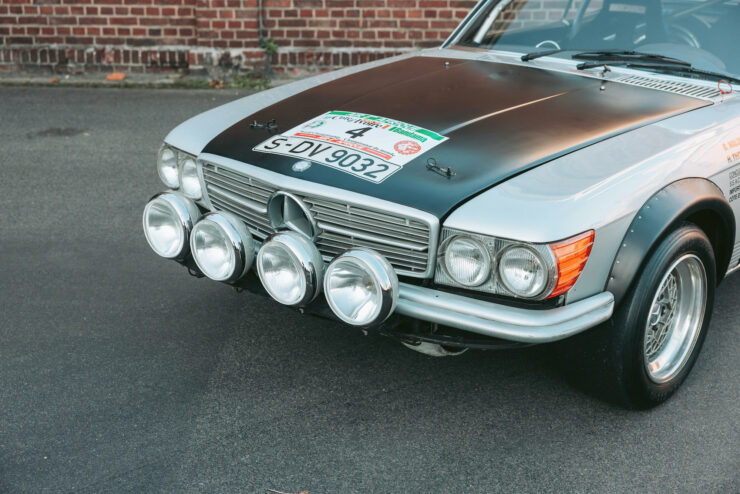 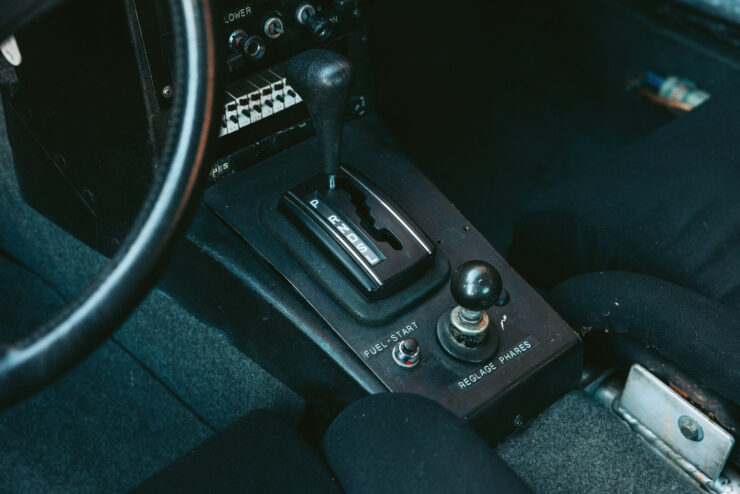 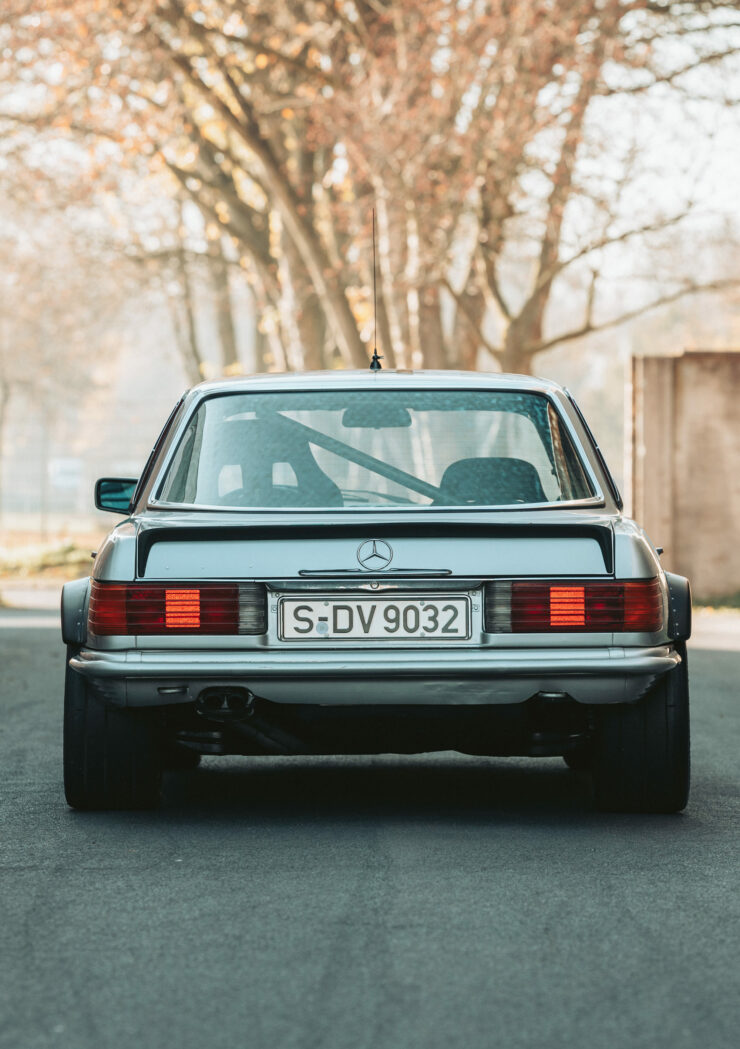 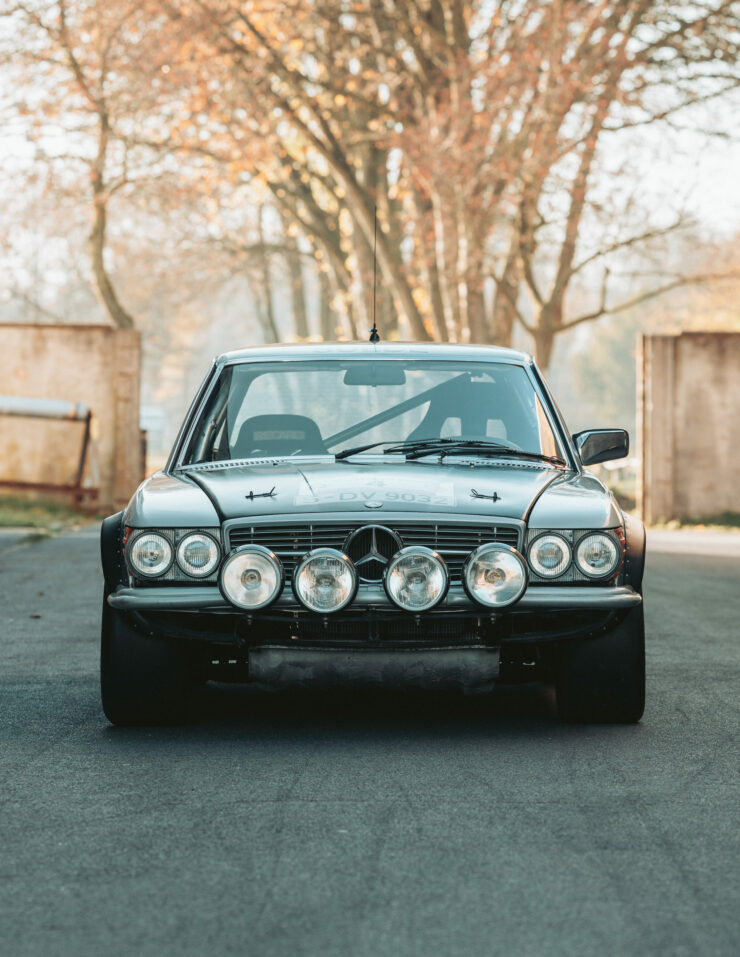 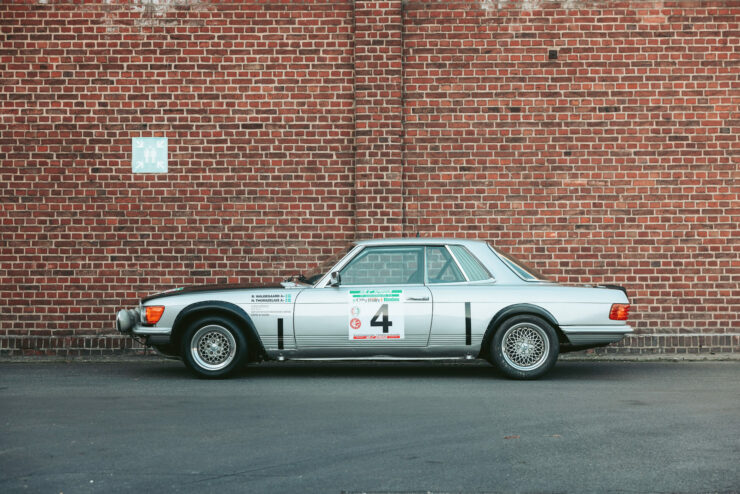 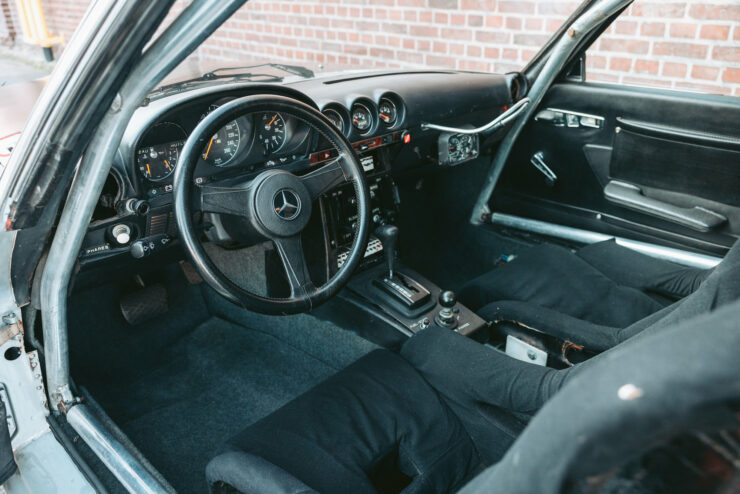 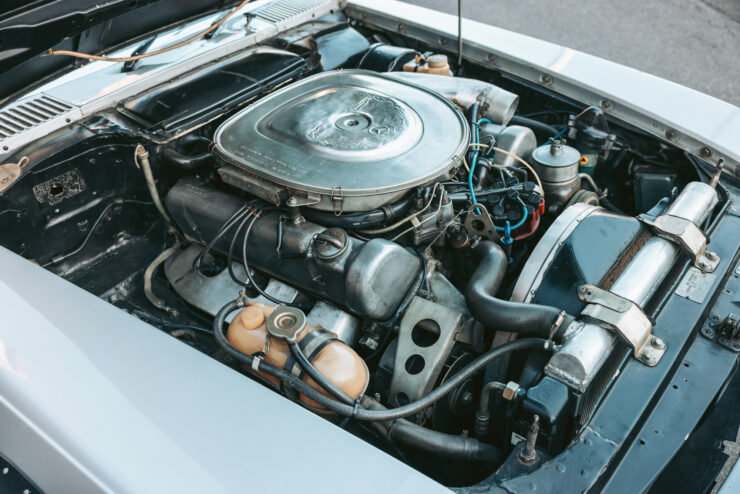