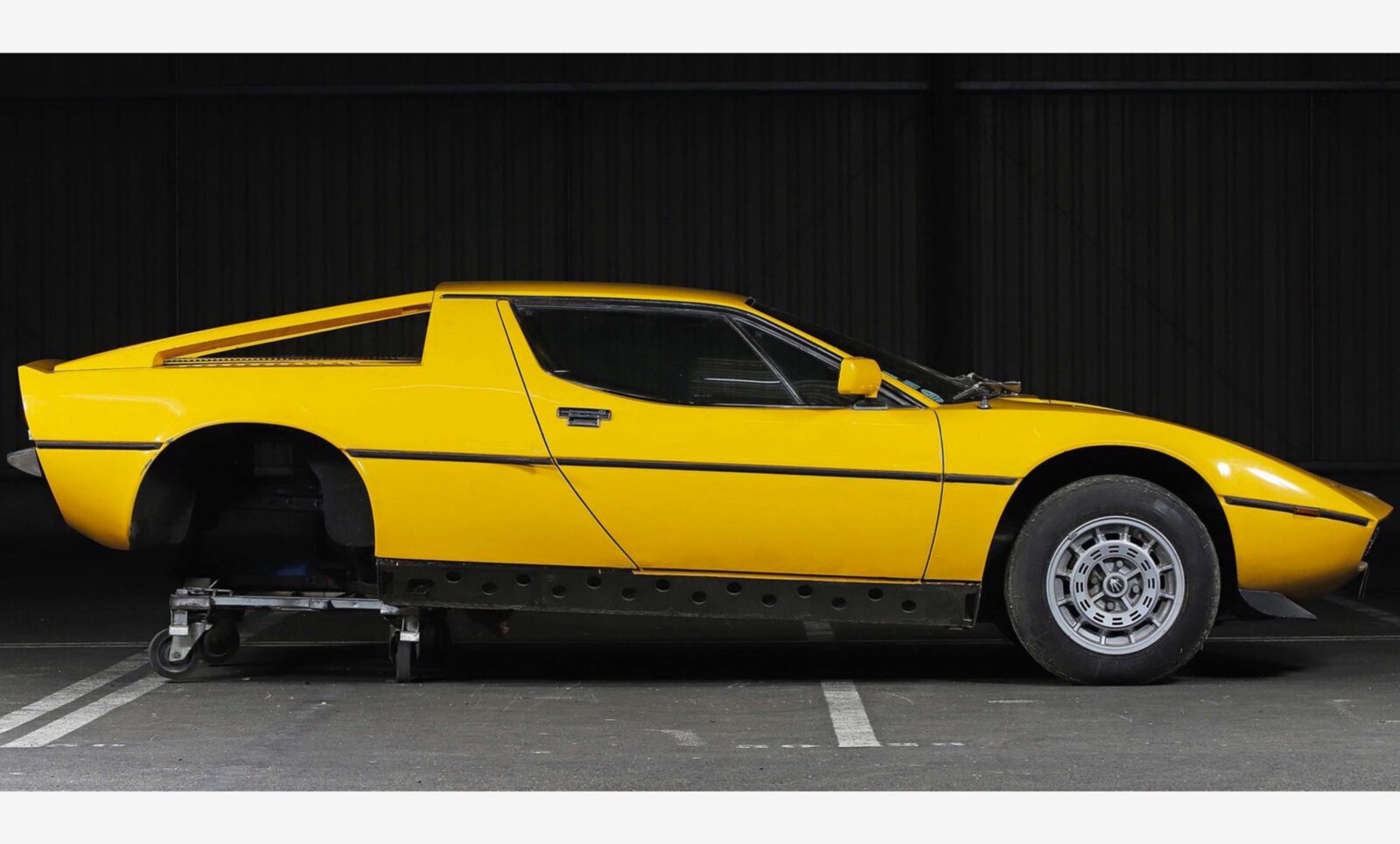 This Maserati Merak SS was partially disassembled for a restoration, however for reasons unknown the project stalled and it’s now being offered for sale with a price guide of $17,000+ USD – vastly lower than the $104,000 USD valuation of a Merak SS that’s had a concours restoration.

The Maserati Merak was developed as a more practical and more affordable version of the earlier Maserati Bora. Thanks to its smaller V6 engine it had two additional seats in the rear, making it a viable option for those with young kids.

The Maserati Bora was first shown to the world at the Geneva Salon in March 1971, it was a V8 powered, mid-engined sports car designed by Giorgetto Giugiaro at Italdesign. 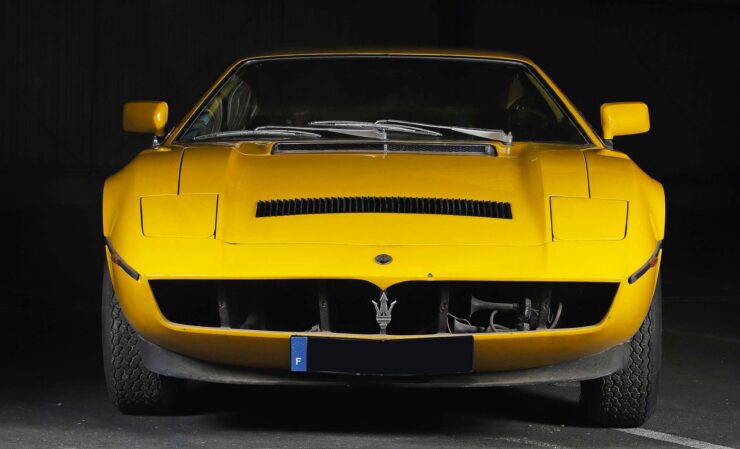 The Giorgetto Giugiaro styling of the Merak is undeniably beautiful, and it added the twin conveniences of better fuel economy and 2+2 seating compared with the Bora.

There was much global interest in the Bora, however it was clear that a pair of rear seats would help the company sell a significant number of additional cars. Maserati was owned by French automaker Citroën at the time, and so it was decided to develop a version of the Bora that was more fuel efficient and affordable, with that much needed 2+2 seating configuration.

Giugiaro was tasked with creating this new car, he kept the design much the same though there are some changes here and there, perhaps most notably in the rear where the full glass fastback was removed and replaced with an open back flanked with flying buttresses.

This new car was introduced to the world at the 1972 Paris Auto Show, it was called the Maserati Merak and its timing couldn’t possibly have been better. Less than a year later the world would be engulfed by the 1973 Oil Crisis which sent gasoline prices soaring around the world, resulting in a sharp decline in the number of fuel-hungry performance cars being sold.

As a more fuel efficient car with a lower price tag than its V8 sibling and practical 2+2 seating, the Merak outsold the Bora by more than a 3:1 ratio. In 1975 Maserati upgraded the car to “SS” specification, power was increased from 190 hp to 220 hp thanks to the use of three larger 44 DCNF 44 carburetors and a higher compression ratio.

Maserati was bought by Alejandro de Tomaso in 1977, he quickly opted to axe the Bora but he would keep the Merak in production well into the 1980s, not replacing it until 1984.

The Merak was originally powered by a V6 engine first designed by Giulio Alfieri in 1967 for the Citroën SM. It was an advanced engine for its time, so advanced in fact that it would stay in production with Maserati into the 1990s with a series of upgrades including twin turbocharging.

This engine is 3.0 liter (2,965cc) 90° V6 with twin chain-driven overhead camshafts per bank operating two valves per cylinder. Power output was originally 190 hp however this increased to 220 hp in the Merak SS.

Power is sent to the rear wheels via a 5-speed Citroën transaxle gearbox into a limited-slip differential.

Much like the Bora, the Merak uses a steel monocoque unibody with a tubular steel rear subframe onto which the powertrain and engine are fitted. Unusually, the engine is mounted longitudinally rather than the more common transverse layout used in competing models like the Ferrari Dino 308 GT4 and the Lamborghini Urraco. 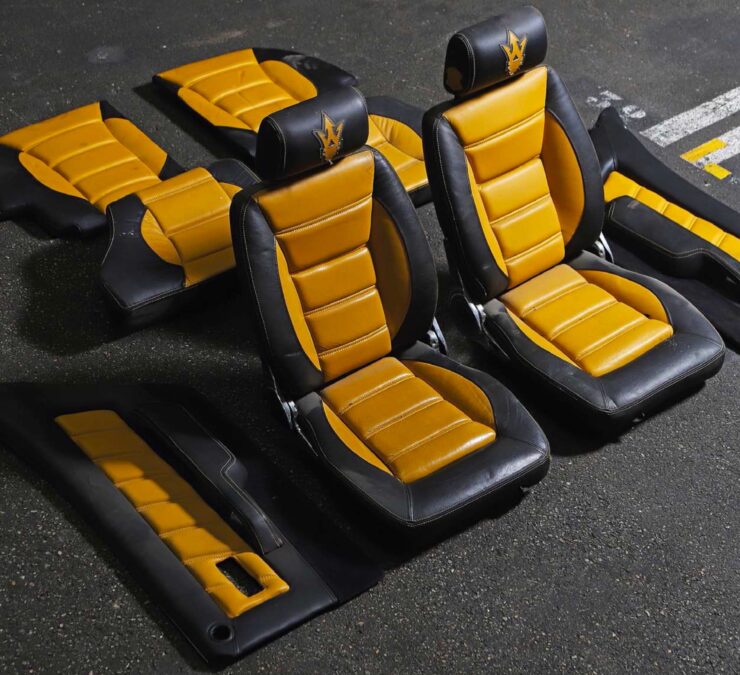 The major interior elements are all accounted for, and look to be in reasonably good condition.

The Merak rides on unequal length A-arms, coil springs, and telescopic shock absorbers front and back with disc brakes fitted at each corner.

The Merak SS you see here is a 1981 model from the third last year of production, as a result in includes all of the upgrades made to the model family over its 11 year production life.

The SS version of the Merak is the most desirable as it has the additional power output that many want in a sports car of this nature. Hagerty currently lists the value of a concours Merak SS at $104,000 USD and the cost of a vehicle in good condition at $67,000 USD.

The Merak SS you see here is estimated to sell for somewhere in the region of $17,000 – $22,670 USD, and the listing states that the car is believed to be complete, it now needs to be restored and reassembled. There’s no doubt that this is a big project, but for the right person or team it could be a rewarding way to stay busy over the winter.

If you’d like to read more about this Maserati or register to bid you can click here to visit the listing on Aguttes. The car is due to cross the auction block on the 12th of December. 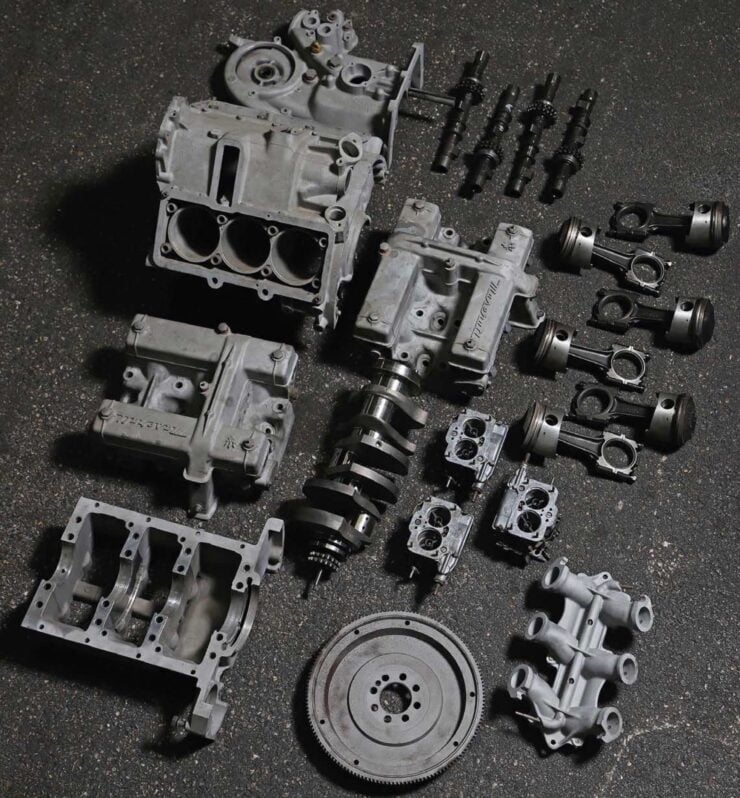 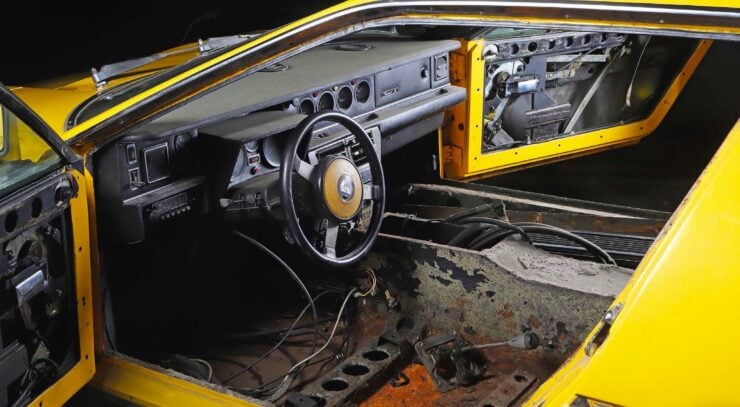