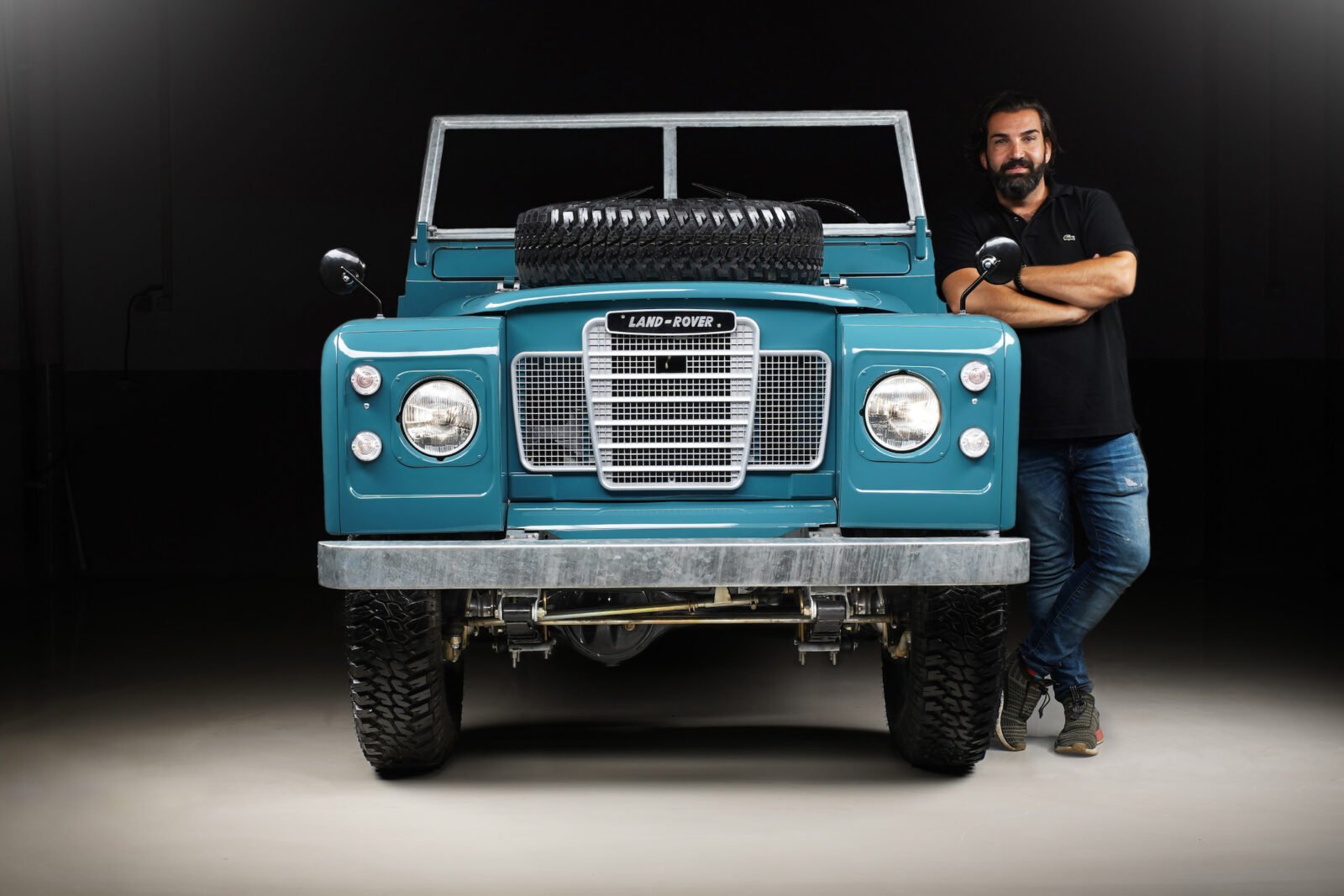 There are few people better suited to the classic vehicle restoration business than the Germans. They’re renowned for their engineering chops and attention to detail, and this freshly restored 1974 Series 3 by Germany’s Falcon Design is a great example of what they can achieve when they roll up their sleeves.

Falcon Design was founded by Orkan Sahin (pictured above) in 2017 – the same year Land Rover announced they would be discontinuing the original Defender and replacing it with something new. Sahin has long been a fan of these original, purely mechanical Land Rovers and he wanted to ensure that they would live on well past the end of the Defender.

The restorations done by Falcon Design aren’t meant to return the cars to their original factory condition, rather they incrementally update them subtly to make them more reliable, easier to daily drive, and they make them far more rust resistant.

The vehicle you see here is a 1974 Land Rover Series 3 with the 2.25 litre petrol engine. It was sourced after a German doctor commissioned Falcon Design to build a Series Land Rover to his own personal specification. As with all of the builds completed by the 12 person team, this one started with a complete teardown and an inspection of parts. 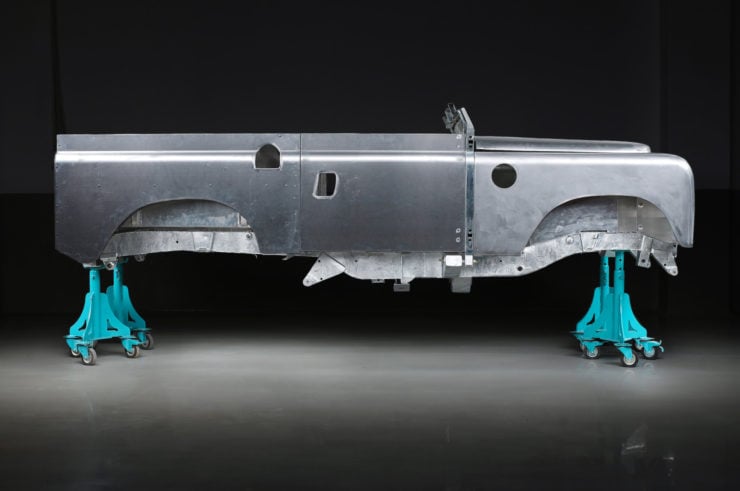 Above Image: The Series 3 Land Rover partially assembled, showing the galvanized chassis and bulkhead, as well as the alloy body panels.

Once the bare chassis was stripped and inspected it was hot-dip galvanized to vastly improve its rust resistance. The bulkhead was similarly examined and then galvanized – these are the two largest steel pieces on any Series Land Rover as almost all the body panels are made from aluminum alloy.

The reason alloy was used is that the first Series 1 Land Rover was developed in the 1940s just after WWII when supplies of steel were still strictly rationed, but aircraft alloy was readily available thanks to the supplies amassed for aircraft manufacturing.

Unusually, the team at Falcon Design create almost all the aluminum Land Rover body panels they need by hand. This ensures a perfect fit for the vehicle they’re being created for, and it means that the dents, dings, and scrapes on the original panels don’t need to be repaired.

Once the chassis and bulkhead are complete the next step is to rebuild the axles, gearbox, transfer case, suspension, and brakes. This results in a rolling chassis ready for an engine. Wherever possible Falcon Design try to keep the original engine paired with the chassis, which is what happened here. The tough 2.25 litre petrol engine was completely rebuilt with new seals, bearings, and pistons, the carburettor, radiator, fuel tank and fuel system are all replaced as well.

Once the newly formed body panels are fitted the car is sent for paint, in this case an attractive bright marine blue. The interior is then reupholstered by the in-house specialists at Falcon Design including all new upholstery, and a tasteful marine-influenced wood finish in the rear cargo/passenger compartment and in the front footwells.

The traditional hood-mounted spare tire location is maintained – the spare is frequently used to rest the folded down windscreen on when off-road to give the driver and passengers 360º panoramic visibility.

The completed Land Rover is just as beautiful as it would have been originally from the factory but notably more reliable and an order of magnitude more rust resistant. If you’d like to visit Falcon Design to see more of their work or commission your own Land Rover you can click to visit the website. 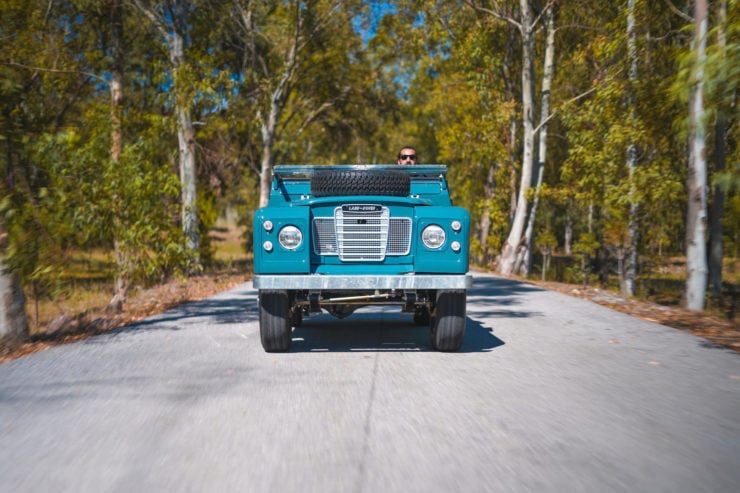 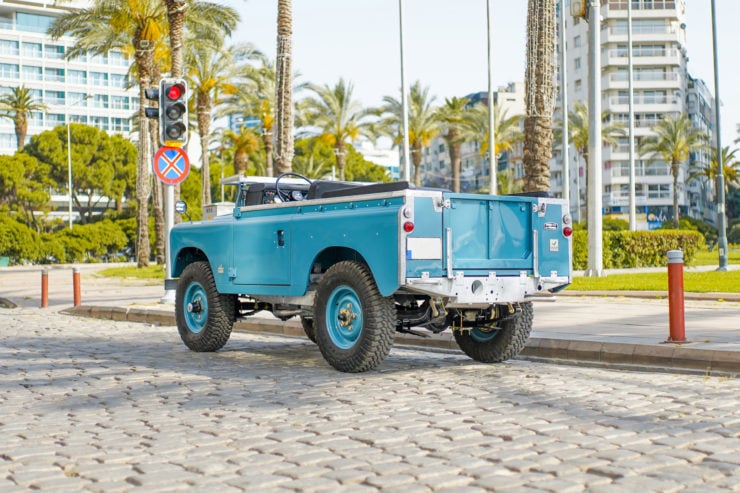 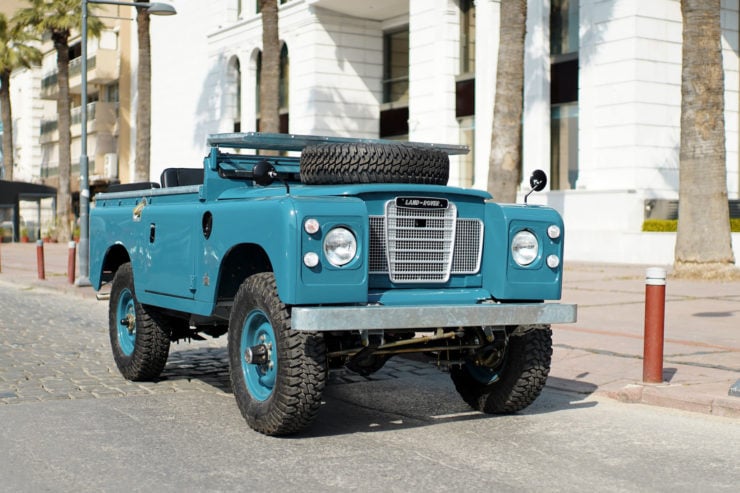 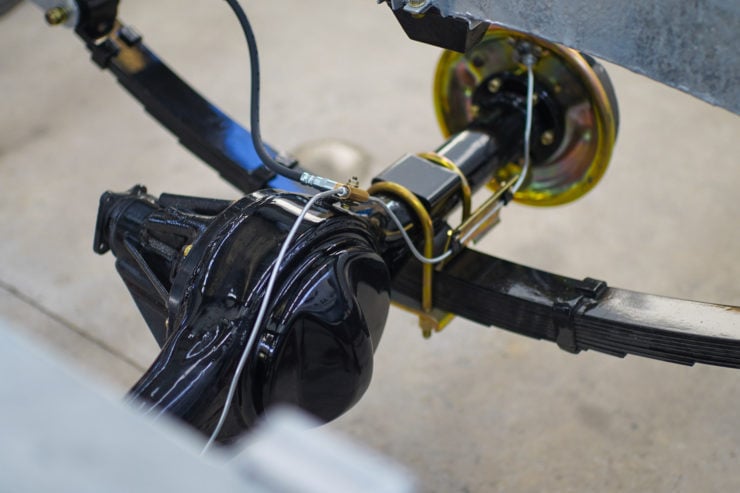 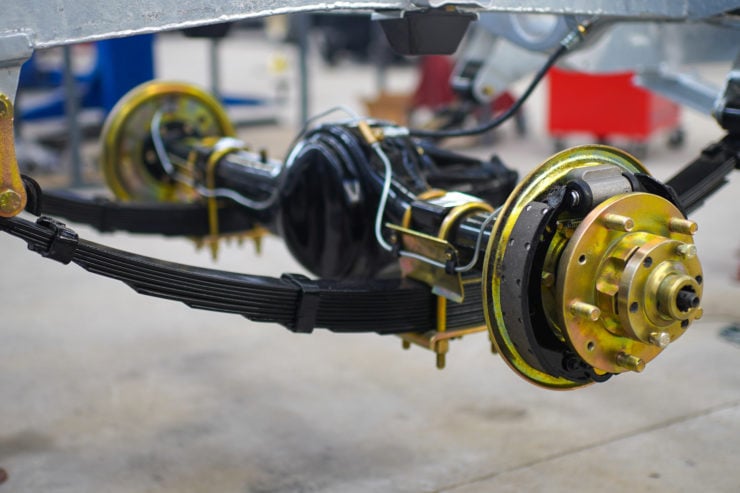 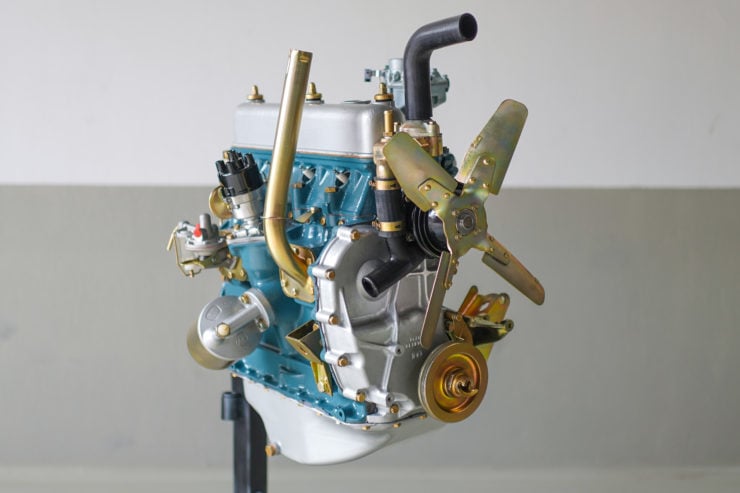 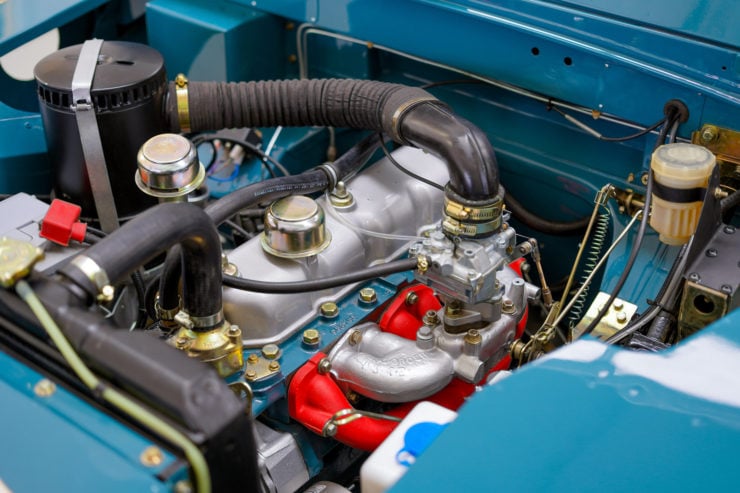 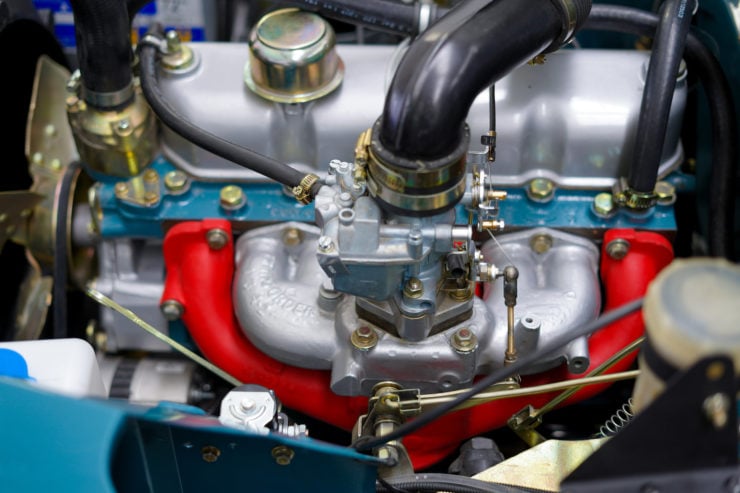 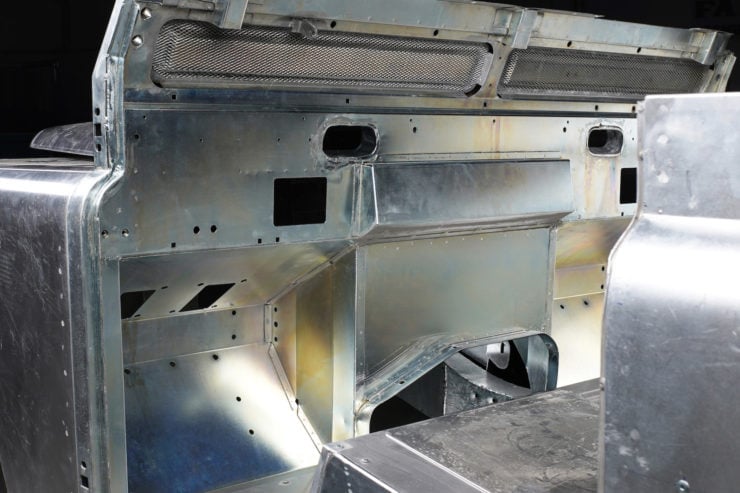 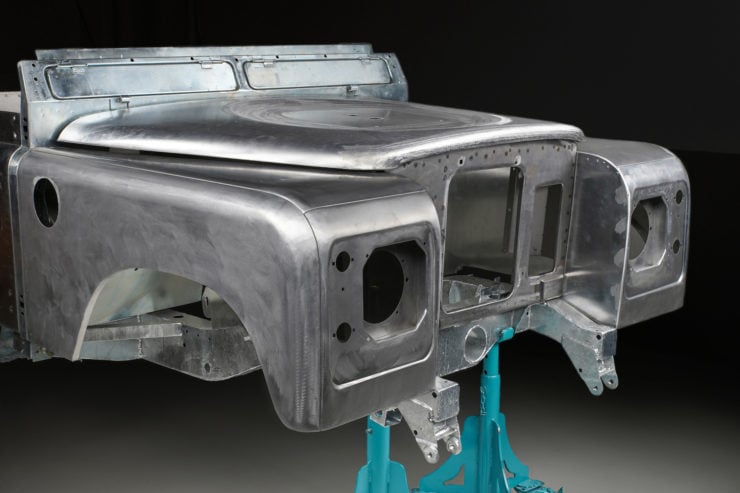 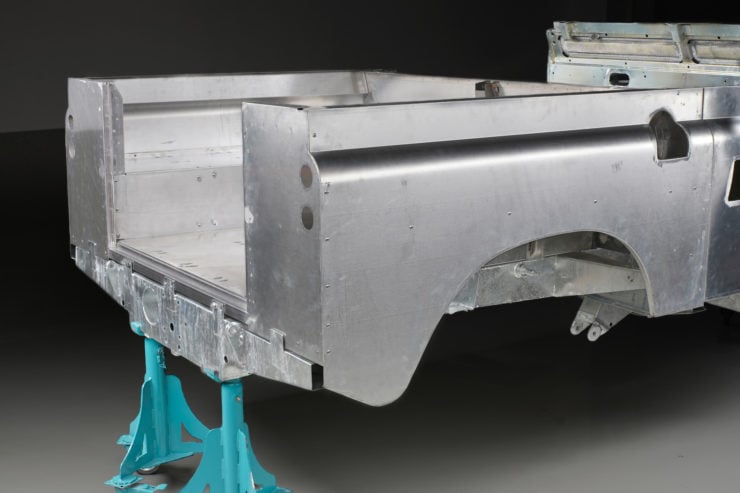 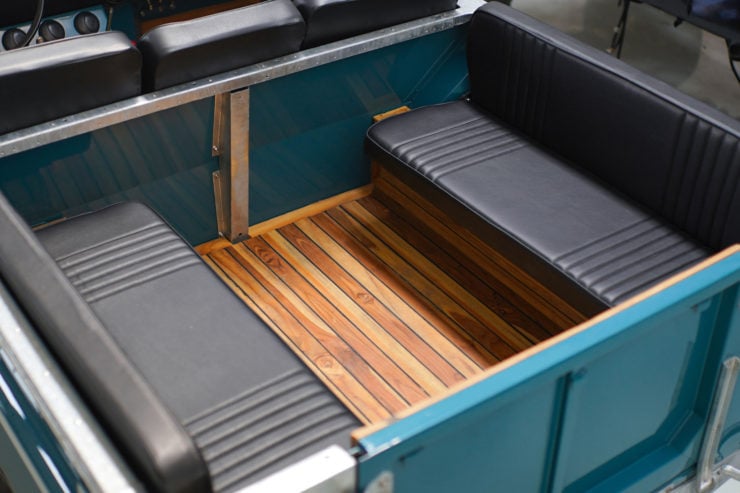 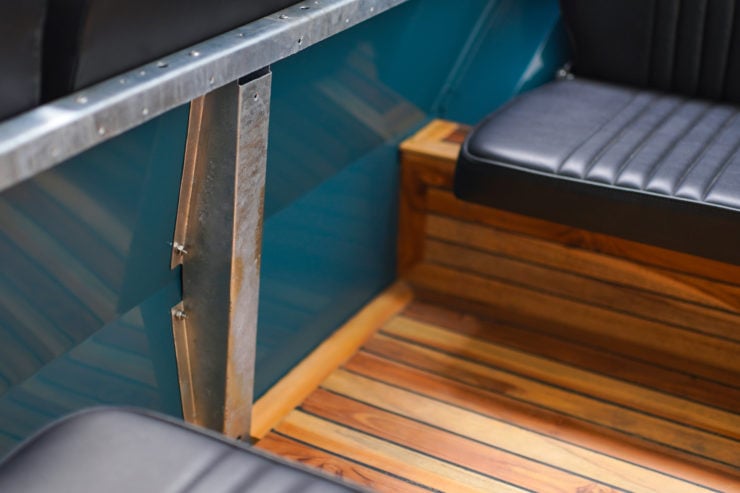 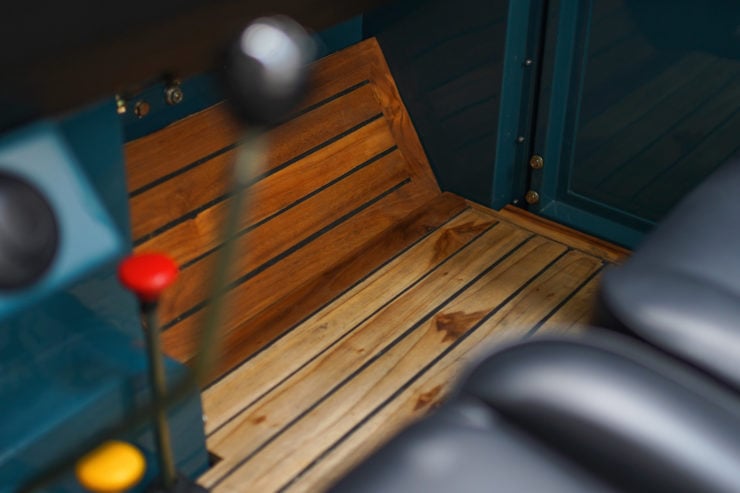 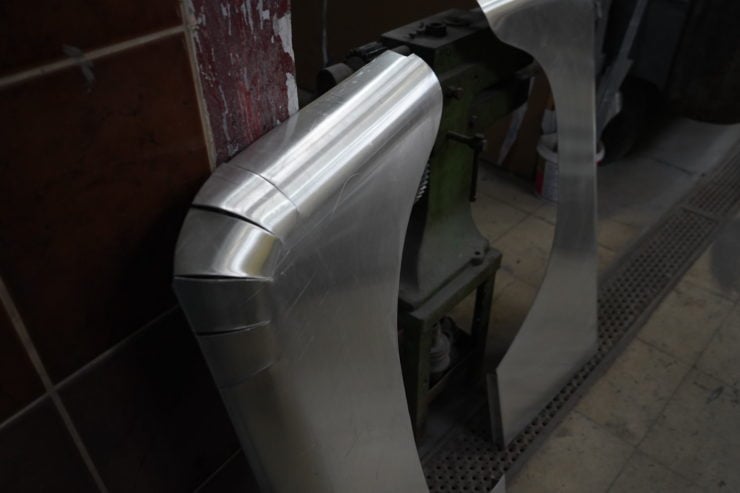 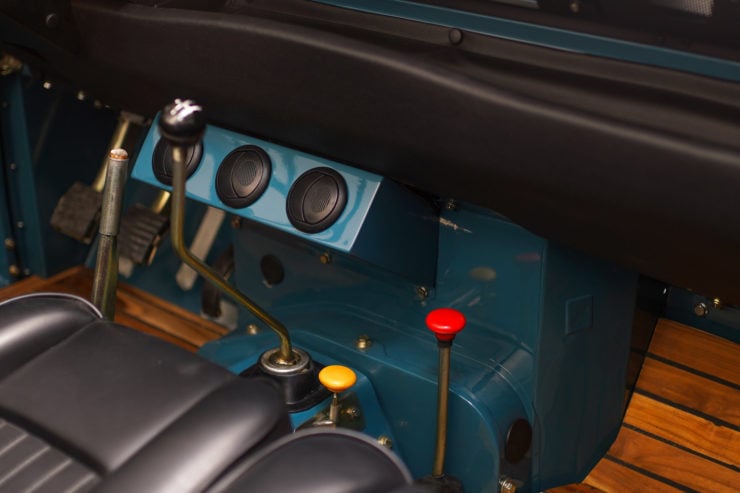 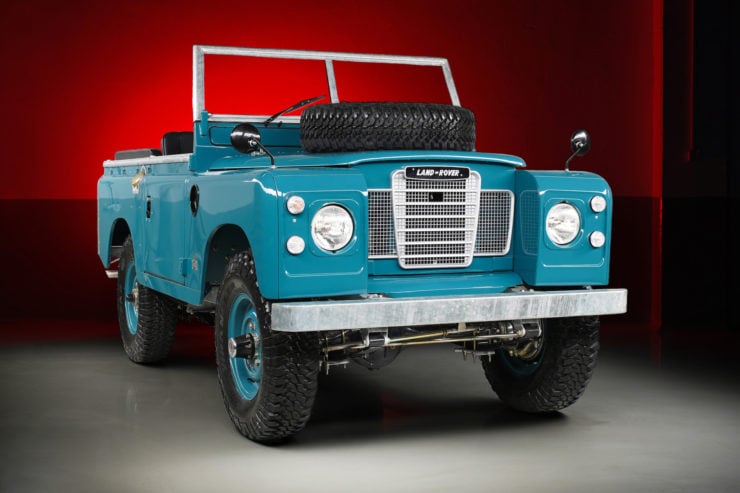