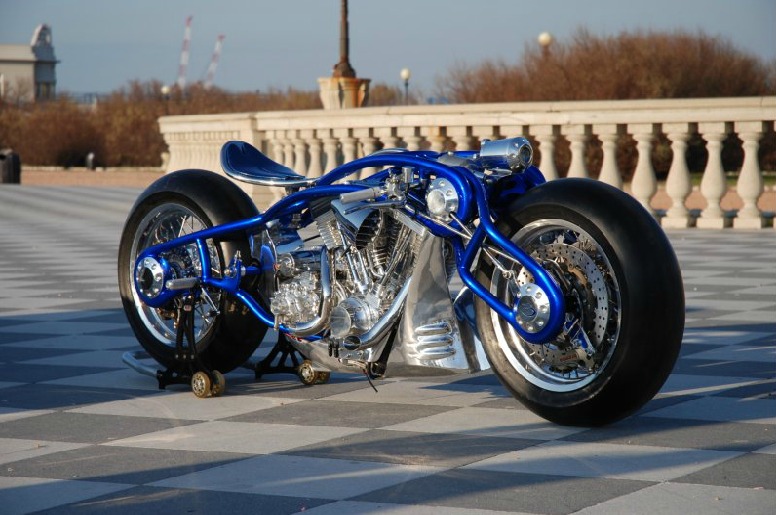 Occasionally I like to feature something a little out of the ordinary and this rather unusual custom motorcycle by Garage 65 most certainly fits the bill.

Dubbed the Kcosmodrive it took the team at Garage 65 7-months to complete, the head designer Marco Cinquini made a number of very unique styling decisions, the most interesting to me personally was the hub-steering and suspension set up on the front end.

The bike’s specifications are fairly standard until you start talking about the frame and forward section, Garage 65 fitted a TP124 V-twin, a Baker 5-speed gearbox, cross-drilled Brembo brakes on the front and rear and a 4 gallon fuel tank.

The hub-steering was developed in-house as was the unorthodox suspension, sadly I’ve been struggling to get my hands on any further information about these two unusual design elements, the only solid fact I was able to verify is that the bike has a turning circle measured not in feet or yards but in miles.

Those tyres were donated by MotoGP Champion Max Biaggi, he’s a big fan of the Italian garage and the Moto GP-19 rubber certainly looks the part, although I doubt they’ll be getting too much of a beating being fitted to a bike that’ll likely never be ridden in anger.

Love it or hate it, it’s unique build that at the very least will stop and make people re-evaluate their notions of what a motorcycle is supposed to look like. And perhaps for that reason alone, I like it. 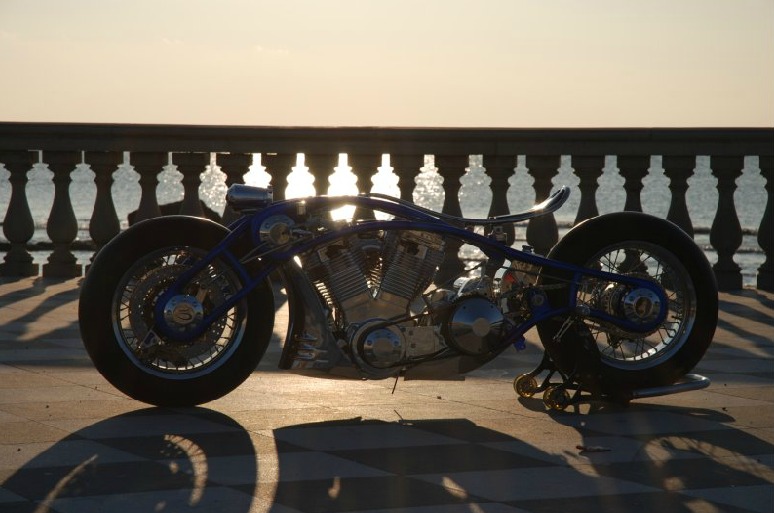 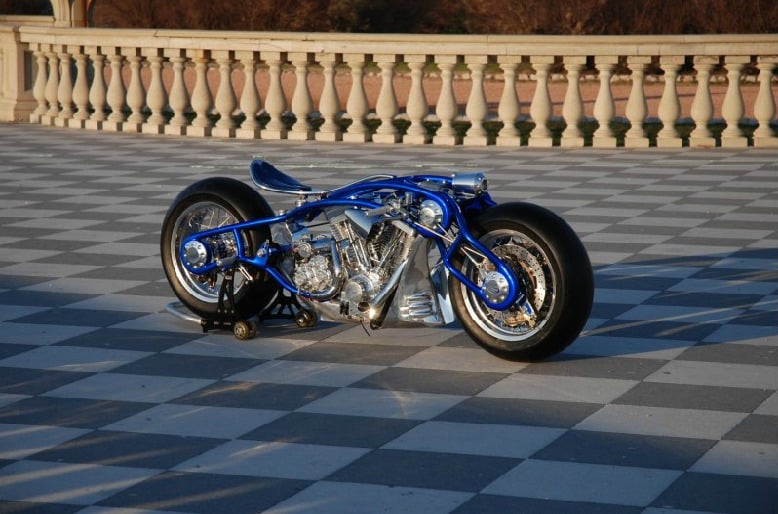 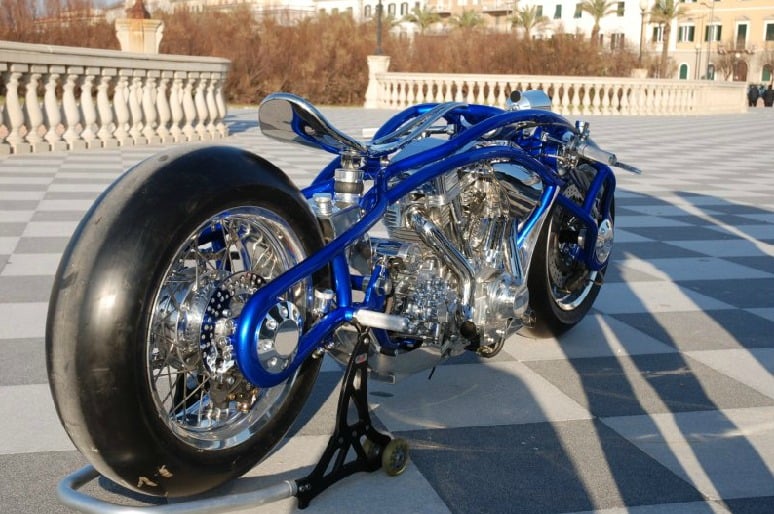 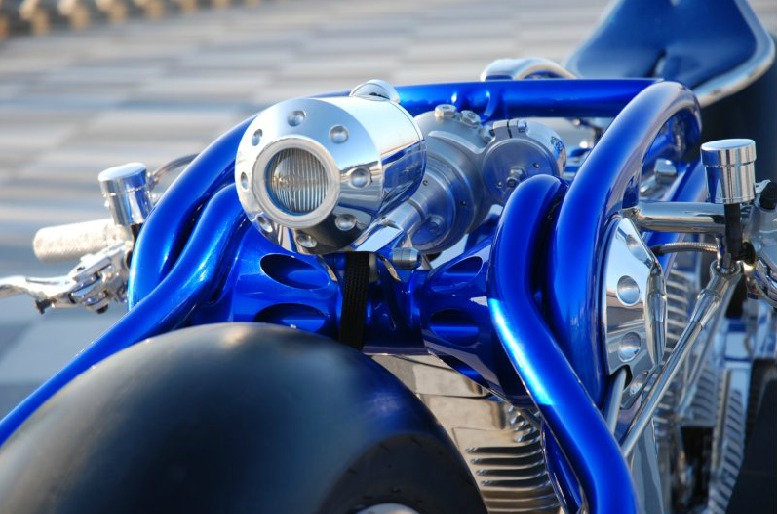 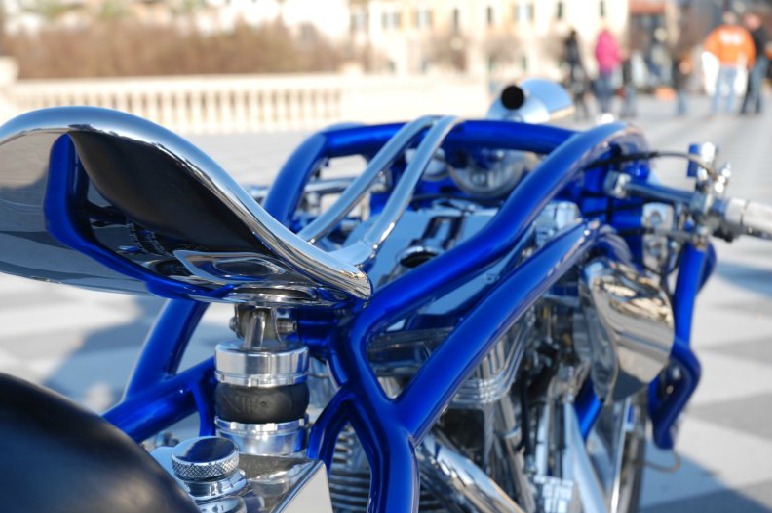 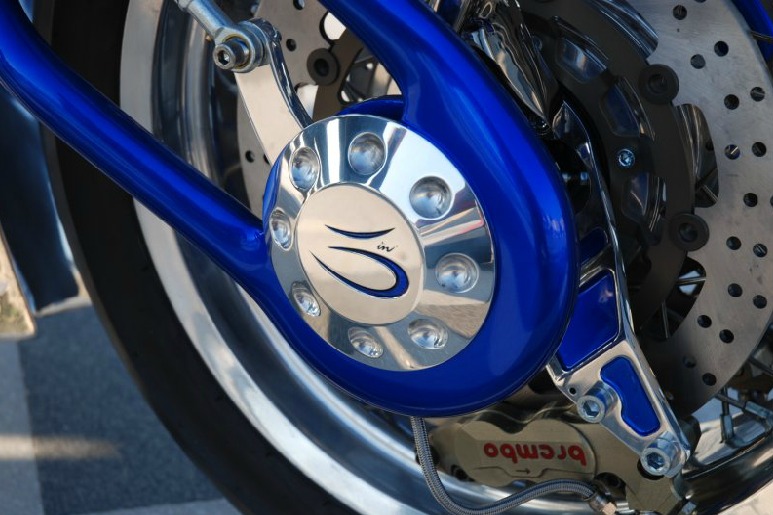 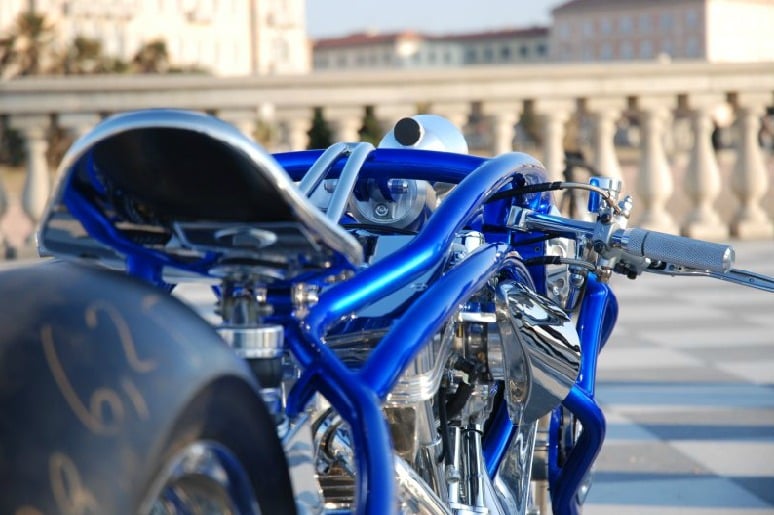 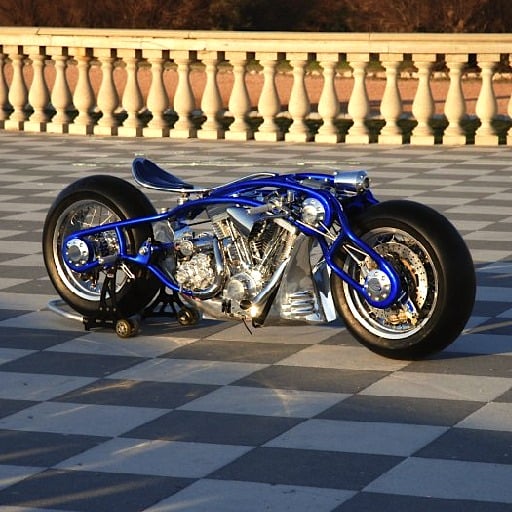