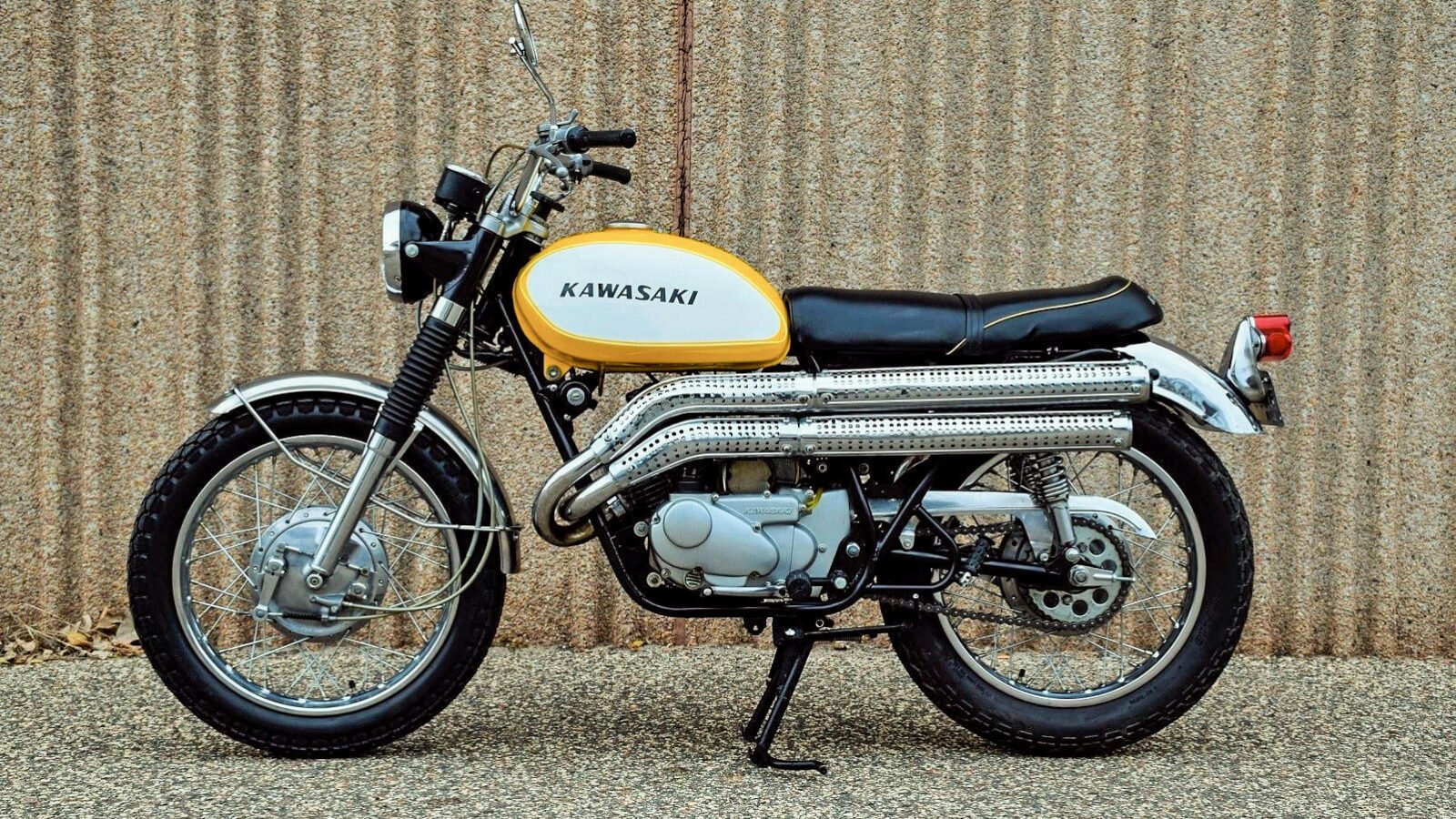 The Kawasaki A7 Avenger was a relatively advanced motorcycle for its time, it made use of a race-developed oiling system called Injectolube and its engine is a two-cylinder, two-stroke with dual rotary valves.

The “SS” version of the Avenger was a factory custom developed to target the craze for scrambler motorcycles, particularly in the United States. The A7SS has high-exit scrambler exhausts that exit along the left side of the motorcycle covered in a heat shield.

Fast Facts – The Kawasaki A7 Avenger

The Arrival Of Kawasaki Motorcycles 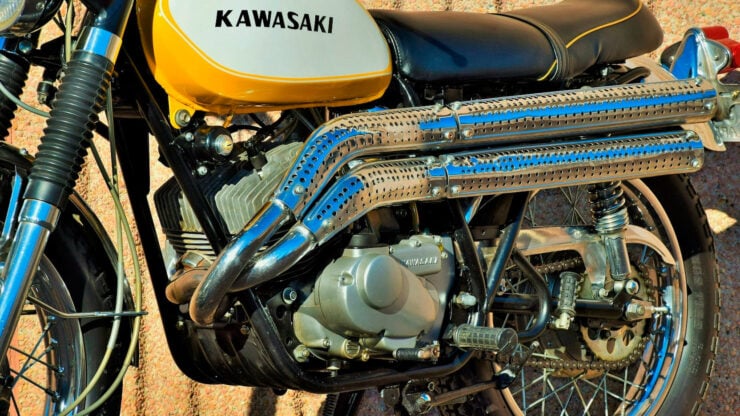 The high-exit exhaust with heat shielding is a classic scrambler design feature that’s been popular with custom motorcycle builders for decades.

The manufacturer they bought was the Meguro Manufacturing Co. a company that had been founded in 1937 and was one of Japan’s first local motorcycle manufacturers.

Once the takeover was completed in 1963 Meguro’s motorcycles were rebranded as Kawasakis, and new models like the A7 Avenger were developed under Kawasaki’s ownership.

The Kawasaki A7 Avenger

The A7 Avenger was one of the first of the new Kawasaki motorcycles, it was developed back at a time long before things like emissions were considered a major factor – and as a result two-stroke engines made a lot of sense. 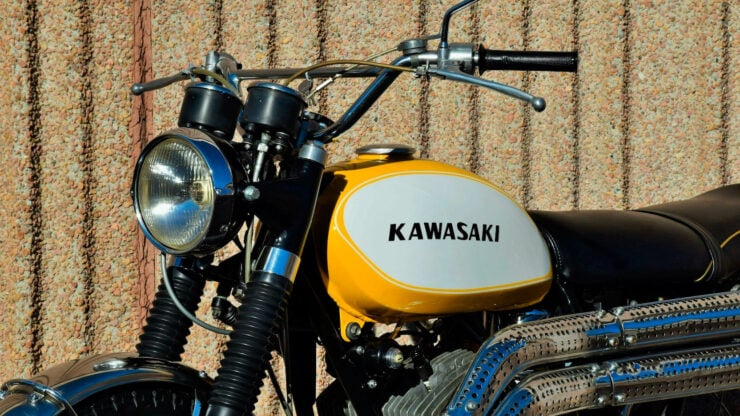 The braced handlebars are another popular scrambler add-on, designed to strengthen them for heavy duty off-road use.

The engine used in the A7 and the later A7SS is a parallel twin with a displacement of 350cc, it uses dual rotary valves and oil injection, and it produces 42 bhp at 8,000 rpm which is sent to the rear wheel via a 5-speed manual transmission.

The top speed of the standard production Kawasaki A7 Avenger has been listed at between 99 and 105 mph depending on who you listen to, either of these are excellent speeds for an affordable middle weight motorcycle in the late 1960s.

A special version of the A7 Avenger was developed for racing in the over 250cc class, it was called the Kawasaki A7R and I proved successful, perhaps most notably winning the 1968 Australian 350cc Grand Prix at Bathurst ridden by Dick Reid.

The success of the A7 and the earlier A1 led to Kawasaki developing the “Mach” series of two-stroke superbikes that would follow. 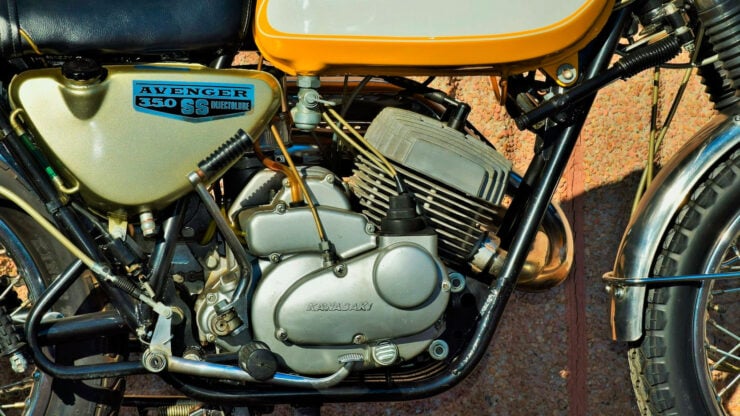 The compact and powerful (for its size) parallel twin 350cc engine features unit construction, with a built-in 5-speed transmission.

The motorcycle you see here is the rarer A7SS version of the Avenger, no one is entirely sure what the”SS” stands for but either “Sports Scrambler” or “Super Scrambler” seem like safe bets.

With its high-exit scrambler exhaust and braced handlebars the A7SS certainly looks the part, no other modifications were made to the model for dual sport use but it’s likely that very few were actually used for scrambling.

The A7SS listed here has had a correct restoration and it’s been in its current ownership since 2005. It’s now due to be offered for sale by Mecum at the Las Vegas Motorcycle Auction in late January and it’s being offered with no reserve.

If you’d like to read more about this motorcycle or register to bid you can click here to visit the listing. 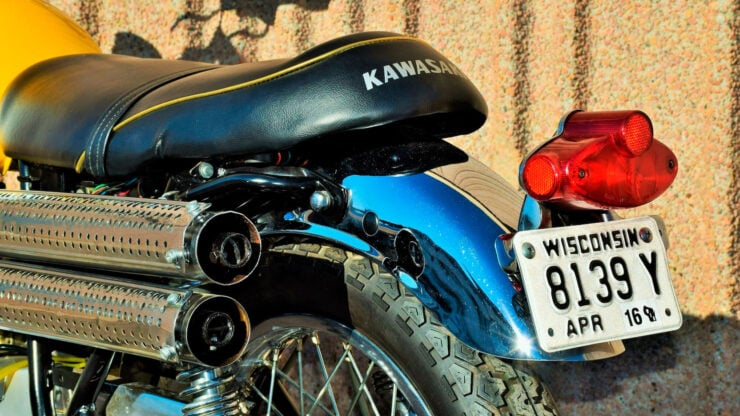 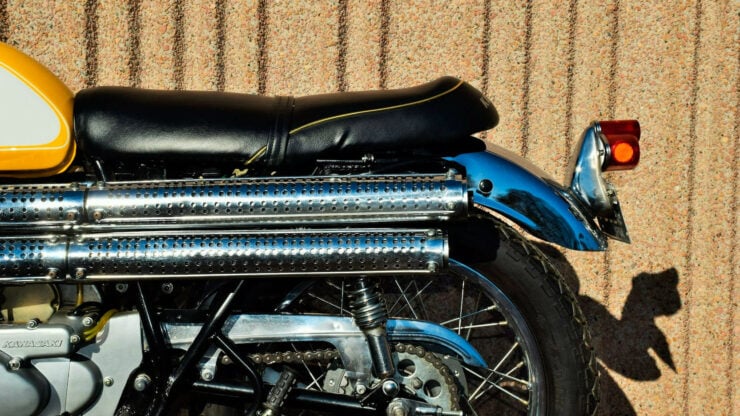 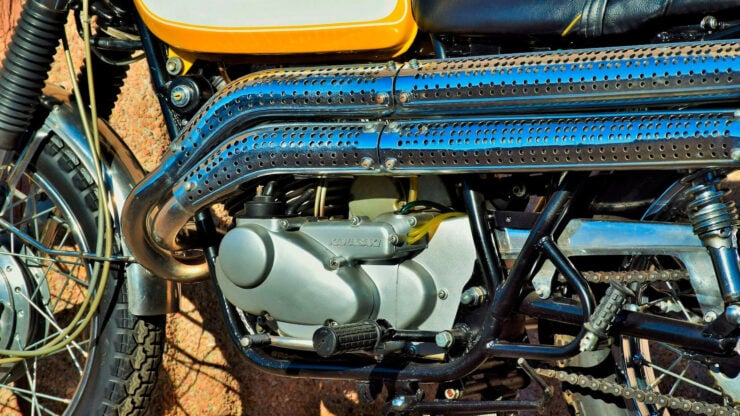 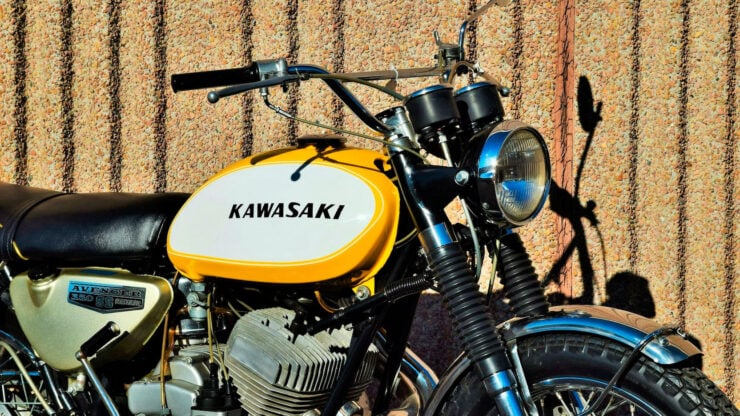 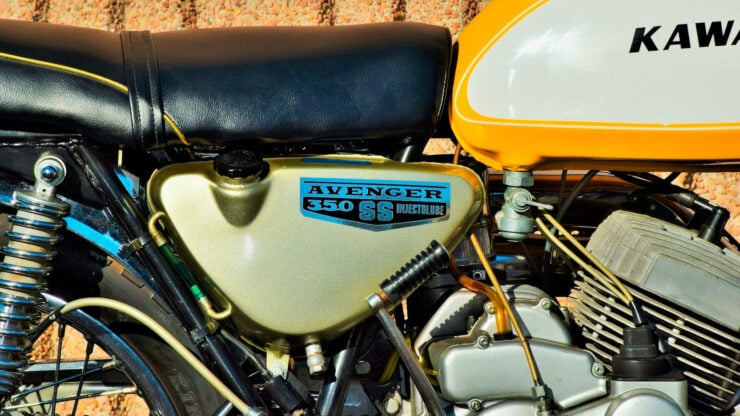 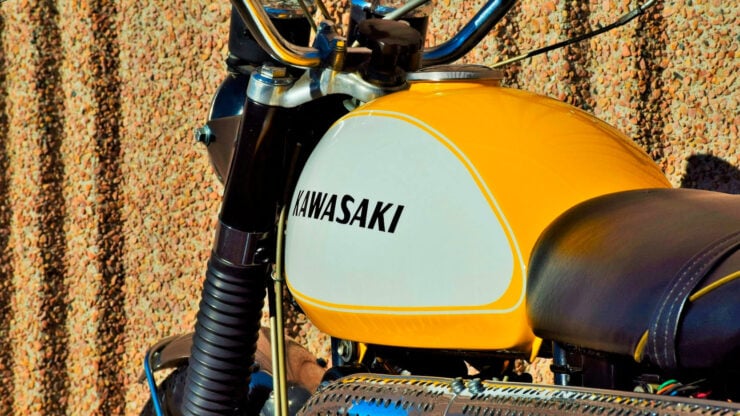 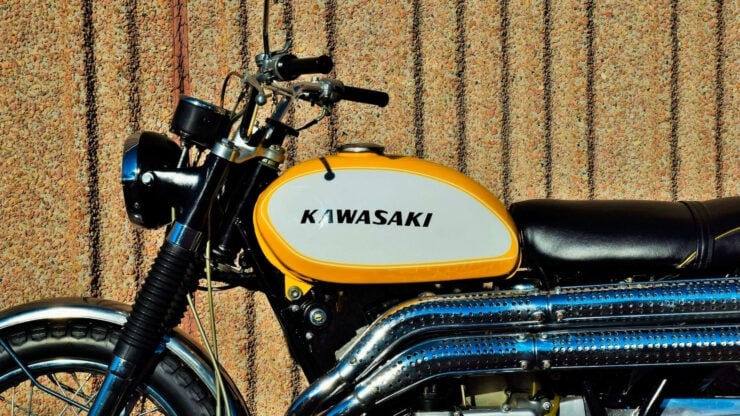 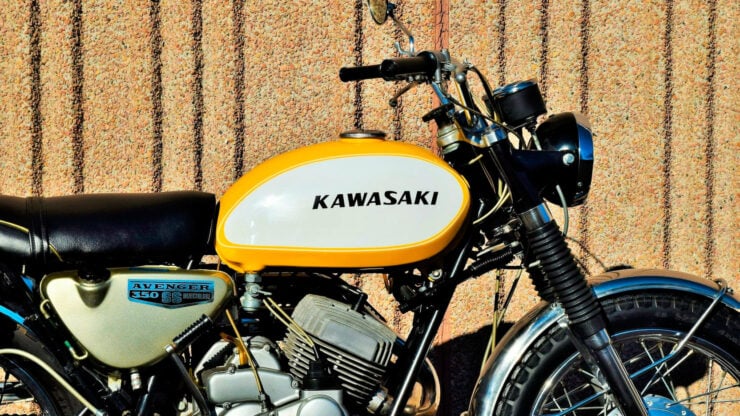 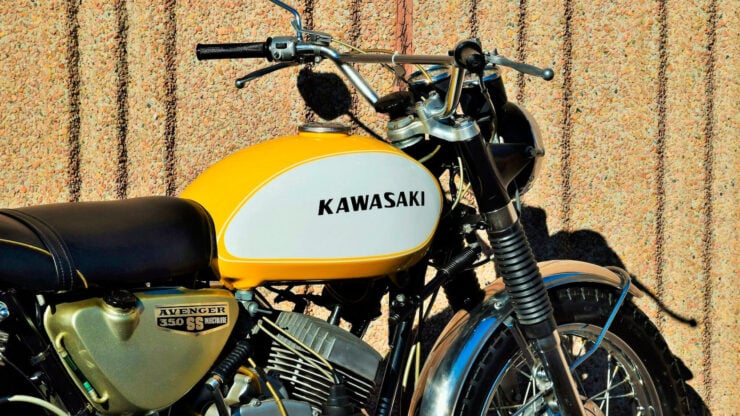