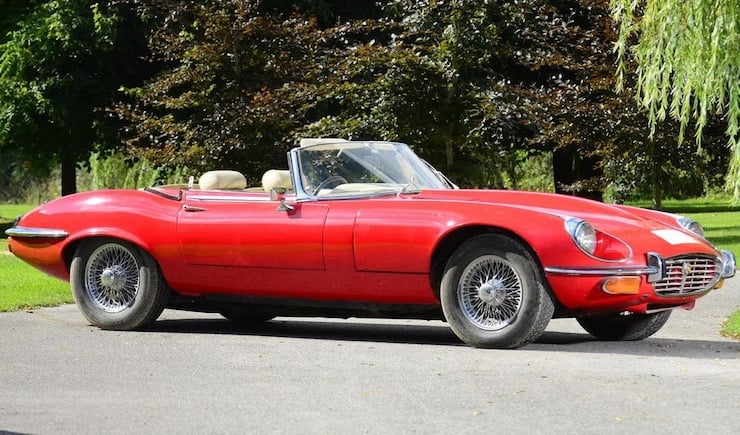 The E-Type has been enjoying a phenomenal increase in value over the past 10 or so years, in the late-90s it was possible to pick up a decent example for new Honda Civic money but now they’ve moved well and truly into the same price bracket as a new 911 Carrera.

This 1971 Jaguar E-Type Series III V12 Roadster represents the final evolutionary form of the iconic sports car, 7,990 of them were made in total, down from 17,378 of the Series I model. This slowdown in sales led to the car being discontinued in 1974 – the company wouldn’t release a comparable sports car until the year 2012 with the new Jaguar F-Type (I’m not deliberately counting the XJS, XK8 or XKR as they’re generally considered grand tourers rather than sports cars and the XJ220 is more of a space-ship-hyper-car-Godzilla-eater). 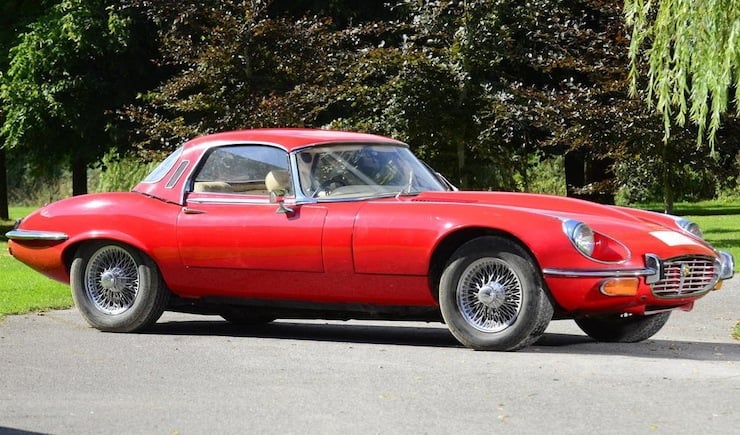 The 5.3 litre V12 you see here is fitted with the removable hardtop, a handy feature in a country like England – or if you happen to live in Seattle. This particular car has been stored in a museum for the past few decades meaning it has an odometer readout of just 22,201 miles since new, it’s never been restored or otherwise tinkered with meaning that it’s probably one of the most original examples of the model currently on the market.

The estimated value of £20,000 to £25,000 seems a little on the low side to me, cars like this are happily selling for double that on the open market in Britain – one of the possible reasons for this lower estimate is the fact that the clutch currently doesn’t work and the engine, brakes, transmission all need some attention to pass an MOT.

If you’ve been hunting around for that perfect, red, V12 E-Type you might want to register to bid with Bonhams for the upcoming National Motor Museum Collectors’ Motor Cars Auction on the 7th of September 2013. 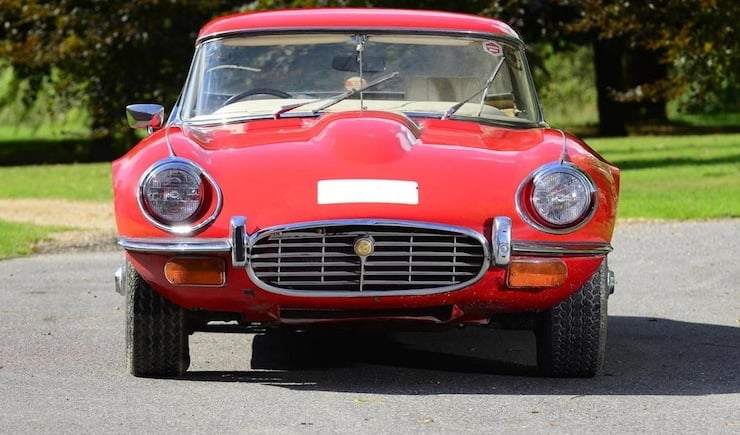 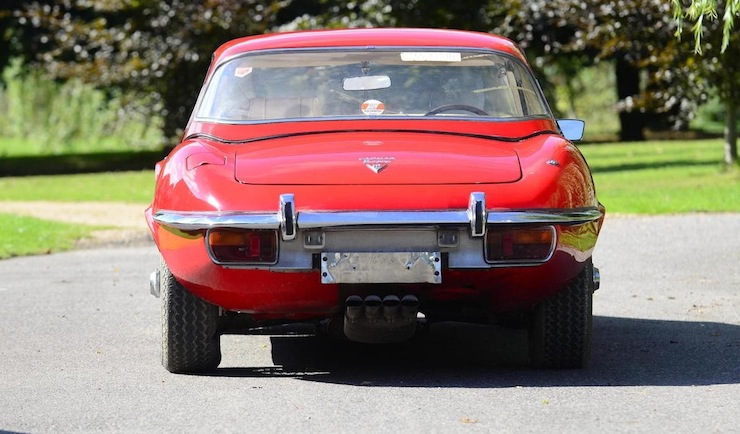 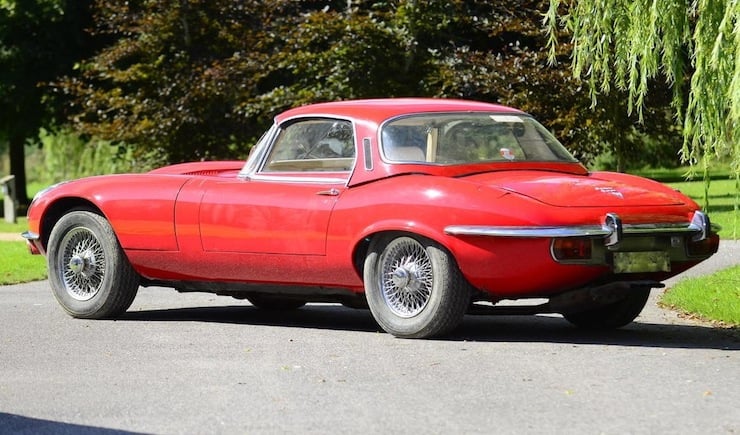 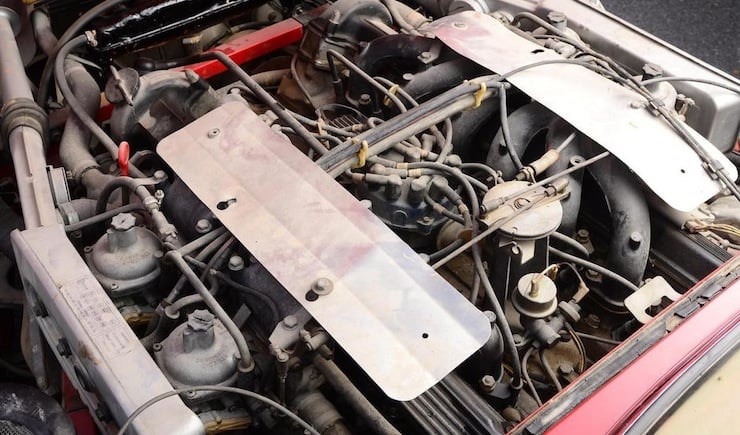 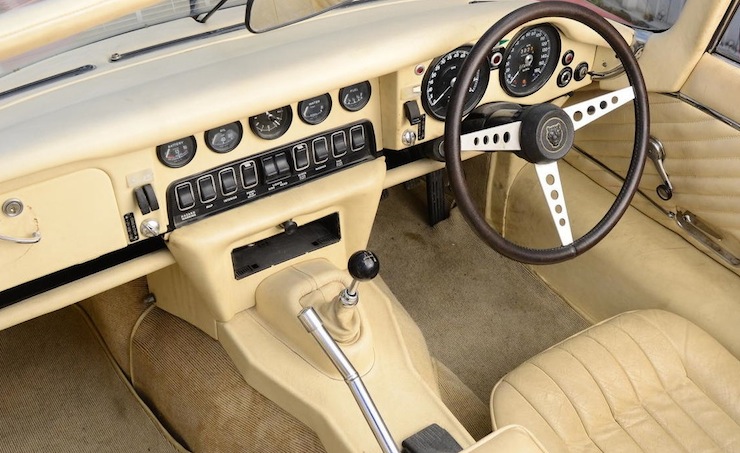 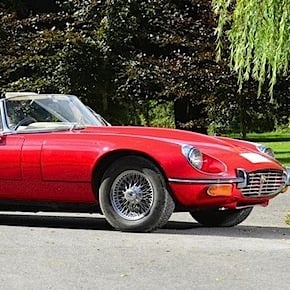