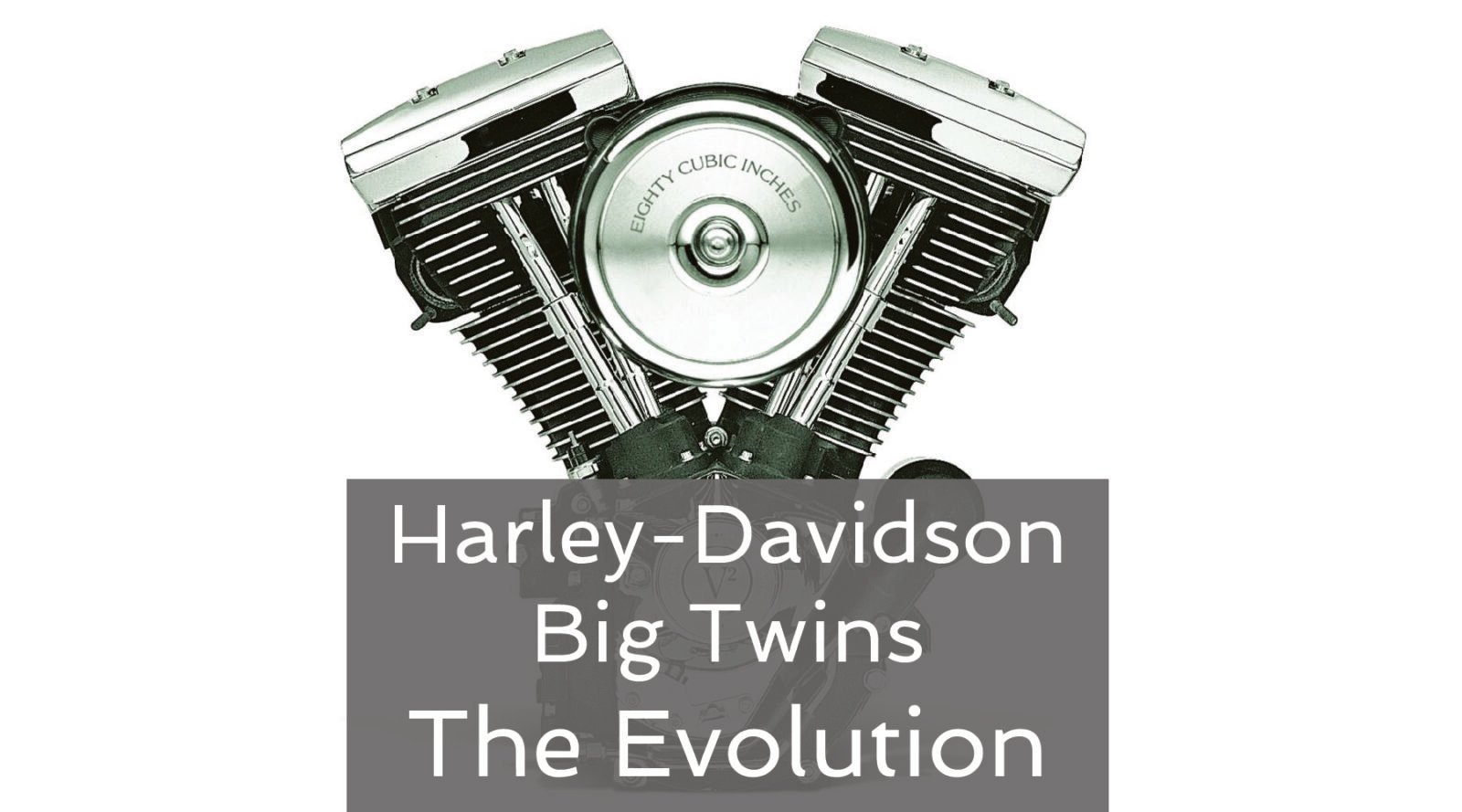 The Evolution engines not only carried forward Bill Harley’s original ideas but they also solved the problems that had beset the earlier Harley-Davidson engines, problems caused by heat – cooling, gasket sealing, and oil leaks. The Evolution engines had the metallurgy sorted out, the designs refined, and were able to be built to far finer tolerances than had previously been possible. The cylinders and cylinder heads were made of aluminium both to vastly improve cooling and to ensure the problems inherent with an alloy head expanding at a different rate to an iron cylinder were solved. Pistons were Mahle, made in Germany, which had a twelve percent silicone content to reduce and stabilise expansion. The top piston ring was chrome plated and barrel faced, the second ring had a two degree taper face, and the oil scraper was a three piece one.

Piston clearance was 0.0014” and under sustained full throttle use this could drop as low as a scant 0.0004” and the Evolution engine would happily keep going. These tight clearances were built to ensure good heat transfer away from the pistons and into the cylinders and their cooling fins. In addition to these changes were the design work done on the air flow through the engine by specialists including Jerry Branch and Kenny Augustine. By angling the valves and designing the air flow so that it would maintain velocity throughout the engine’s cycle smaller valves set at reduced included angles optimised the air flow and “hogging out” the ports would actually reduce power because the dimensions of the system were designed as an efficient whole.

One of Germany’s most famous men was a man named Otto von Bismarck and his favourite saying was “Blood and Iron” which has led many to wonder if he was a motorcyclist. Those who have spent much time working on motorcycles will no doubt have shed some of their blood on the iron trying to pull things apart or get them back together again. But the Harley-Davidsons with the Evolution were intelligently designed so they could be pulled apart with the engine in the frame. So no “blood and aluminium”. Whereas prior to the advent of the Evolution engines a Harley-Davidson rider typically needed to have some tools with them and needed to know how to use them.

Having the phone numbers of one or more people with a vehicle capable of carrying a broken Harley home was also a wise move. The Evolution equipped Harleys on the other hand were reliable and capable of astonishing mileages. The new Evolution bikes were tested to be able to withstand a 100 hour full throttle test, 5,600 hour engine test, and they were road tested for 750,000 miles. These bikes were transcontinental capable and if you wanted to do an “around the world in eighty days” adventure then a Harley with an Evolution engine would be a good choice.

This creation of motorcycles that were highly reliable and that did not leave oil stains on the garage floor was to prove to be the saving of Harley-Davidson which had been in an increasingly dangerous financial situation. Not only did the Evolution engines save Harley-Davidson but they also served to end the Japanese invasion for motorcycles over 750cc. The new Harley-Davidsons provided as good or better reliability by comparison with the bikes of the Rising Sun, and they had a lot more character. As an added bonus the Evolution engine equipped Harley-Davidsons were easier to work on than the Japanese bikes and easier to work on means that time spent in the workshop is more fun.

The Evolution engines effectively made American motorcycles great again. In the late seventies and early eighties Harley-Davidson had been getting increasingly desperate to survive, let alone to prosper. They had even begun work on new engines in their “Nova Project”. These were V4 and V6 engines with the intention of putting them into motorcycles that were in the same sort of style as the bikes from Japan. The Nova Project was abandoned but Harley-Davidson built the FXRT lightweight bike which, if you ever get the chance to own, one jump at it. The FXRT put together a Harley-Davidson with a nice big V-twin Harley engine and a lightweight nice handling motorcycle that owners tend to fall in love with.

When Harley-Davidson brought their new bikes with the Evolution engine you can immediately see that they were well aware of where they had gone wrong in the past and their marketing for the new bikes focussed on telling people that these bikes “would not break down, would not leak oil, and would not overheat”. Power was not focussed on, reliability was. Harley-Davidson knew that to win back disillusioned customers they had to deliver a top quality product that was dependable. They did, but it still took time for customer trust to be re-built. This is a lesson for anyone in manufacturing and marketing. It is typically easier to initially establish the reputation of a new brand than it is to restore the reputation of an established one that has been allowed to go bad.

The new Harleys with the Evolution established a reputation for themselves especially amongst those who loved to ride and who consequently rode a lot and ran up a lot of miles. These bikes were racking up a couple of hundred thousand miles and doing it in trouble free style. People came back to Harley-Davidson and the efforts put into creating the Evolution engines began to pay dividends. By 1993 Harley-Davidson production of Evolution bikes was a sizeable 85,000. But even before then by the late eighties, only four to five years after the release of the Evolution bikes, Harley-Davidson sales were beating all of the Japanese motorcycle brands combined for bikes over 800cc. Harley-Davidson had staged a comeback when many if not most people had not believed it would be possible. 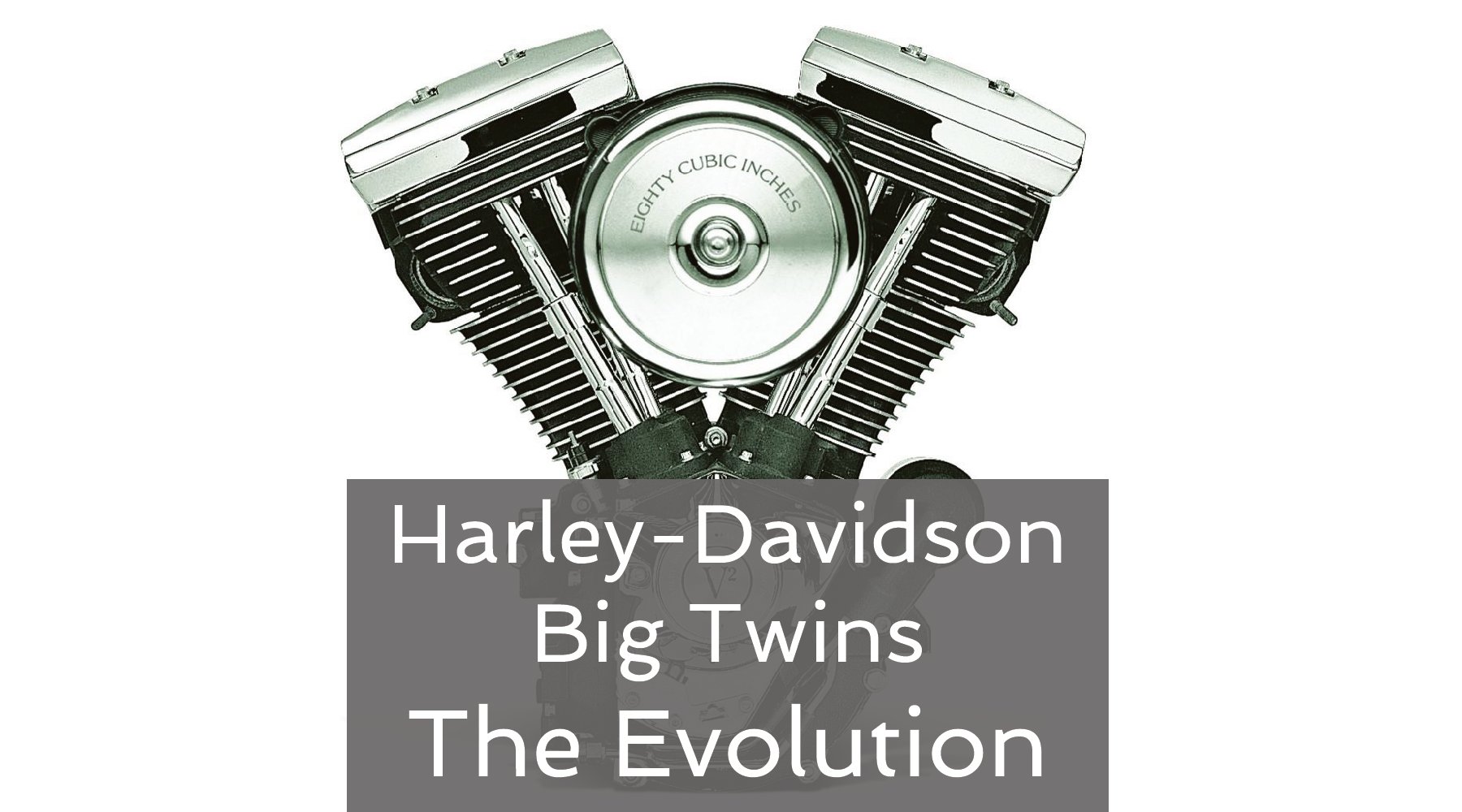