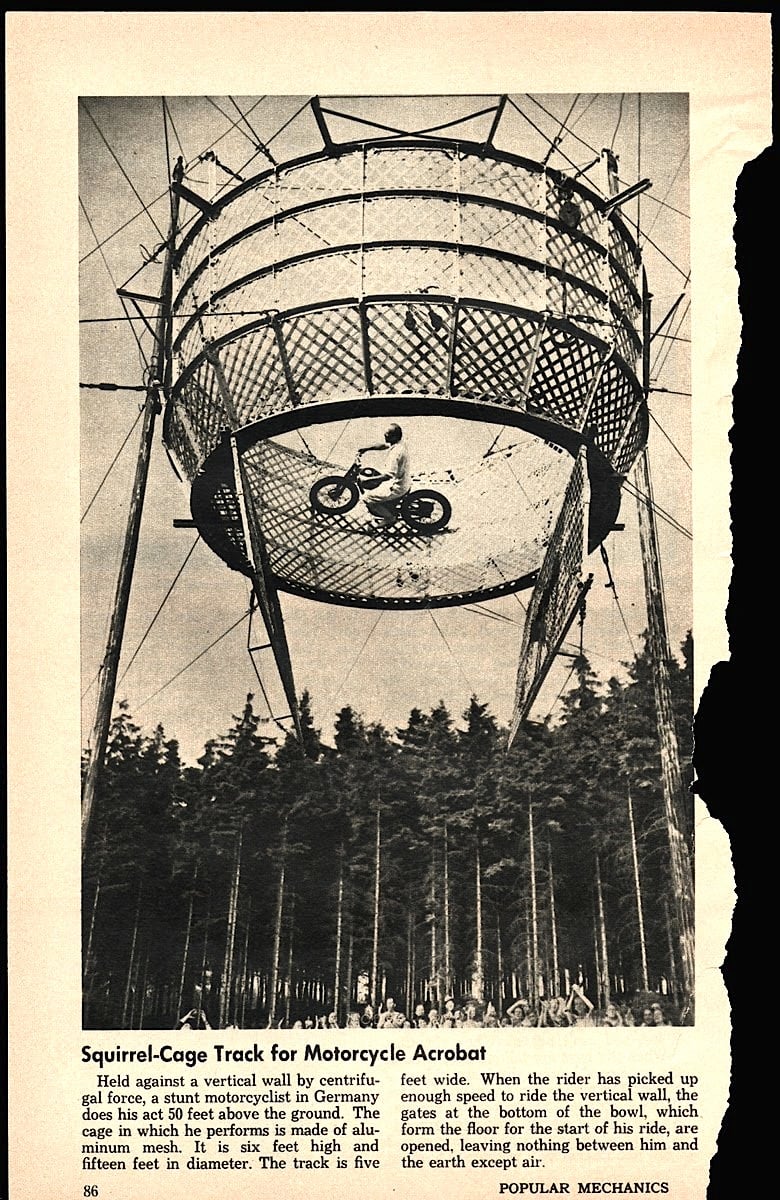 The original Silodromes, or “Walls of Death”, were just made from rudimentary wooden planks, a few nails and some duct tape. This fantastically advanced German version is made from steel and is suspended in mid-air with a series of wires, pulleys and poles.

I shudder to think what would happen if the rider had an engine failure, but then again, these are Germans and they don’t have engine failures. 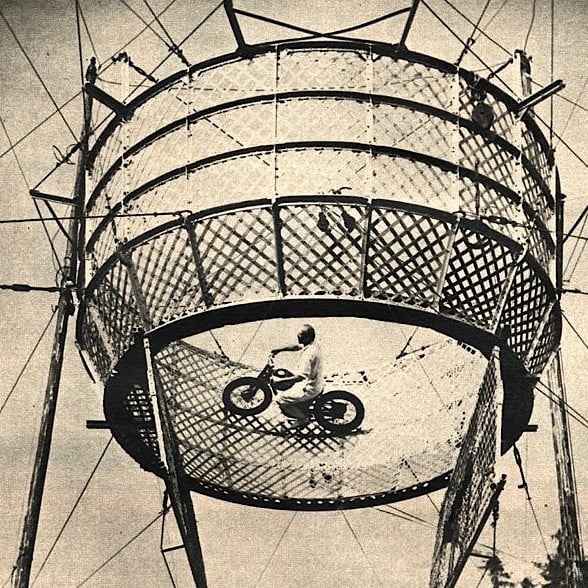