Gemini 11 and the Agena Target Vehicle 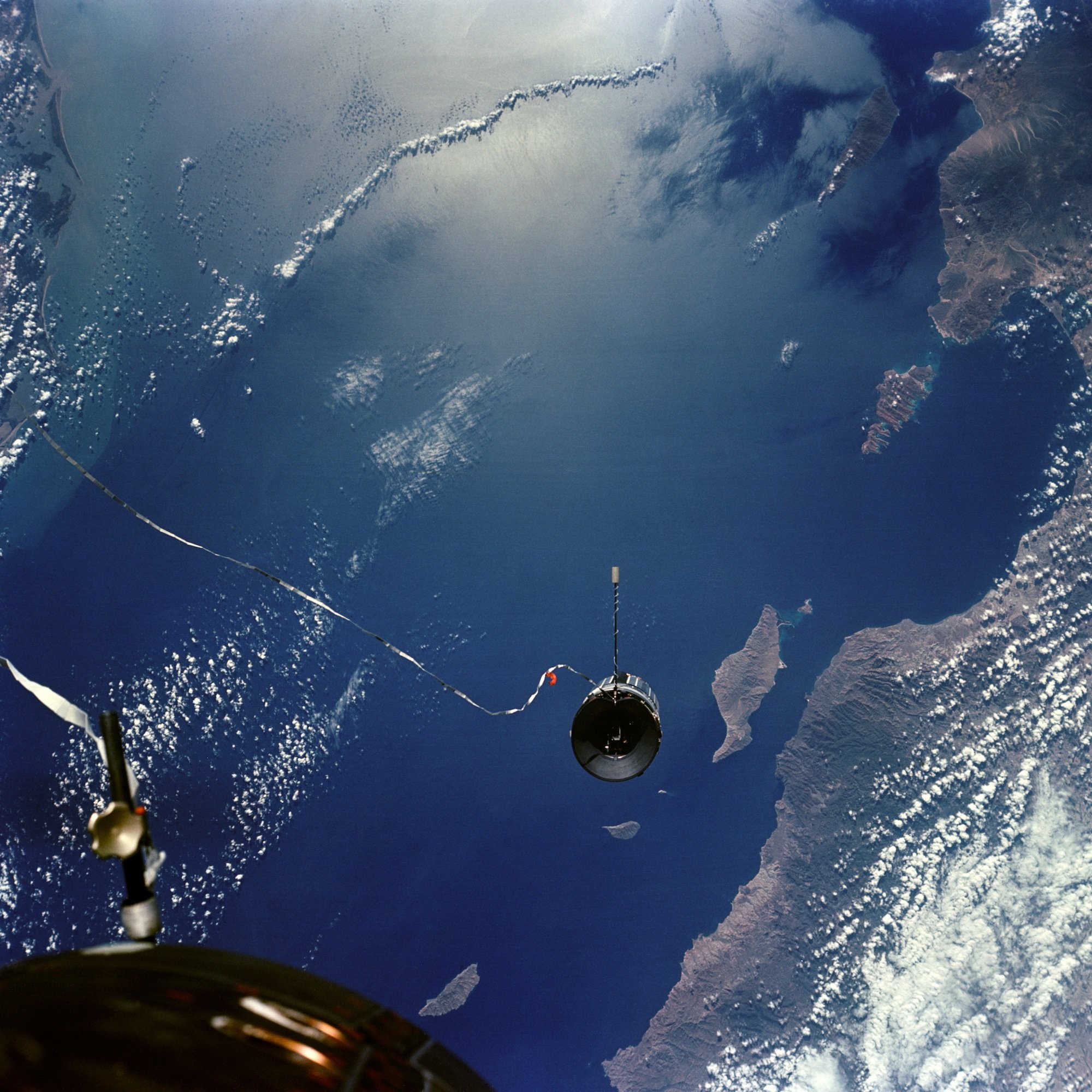 I only recently learned of the Gemini XI mission and their use of the Agena Target Vehicle, I was previously unaware that experimentation with creating artificial gravity in space had taken place all the way back in 1966.

The mission involved 2 vehicles, the Gemini XI capsule and the Agena target vehicle you see attached to the tether in the above picture, the launch took place on September 12th 1966 and the return took place on the 15th of September.

The Agena was used to experiment with docking (in preparation for the Apollo missions), they also attached a tether between the 2 spacecraft and applied thrust to create spin. This spinning motion created a small amount of artificial gravity, a global first, and the mission set the stage for the docking systems used right the way up to Apollo 16.

That picture above is 2000 pixels wide, click on it if you’d like to see the full size version.