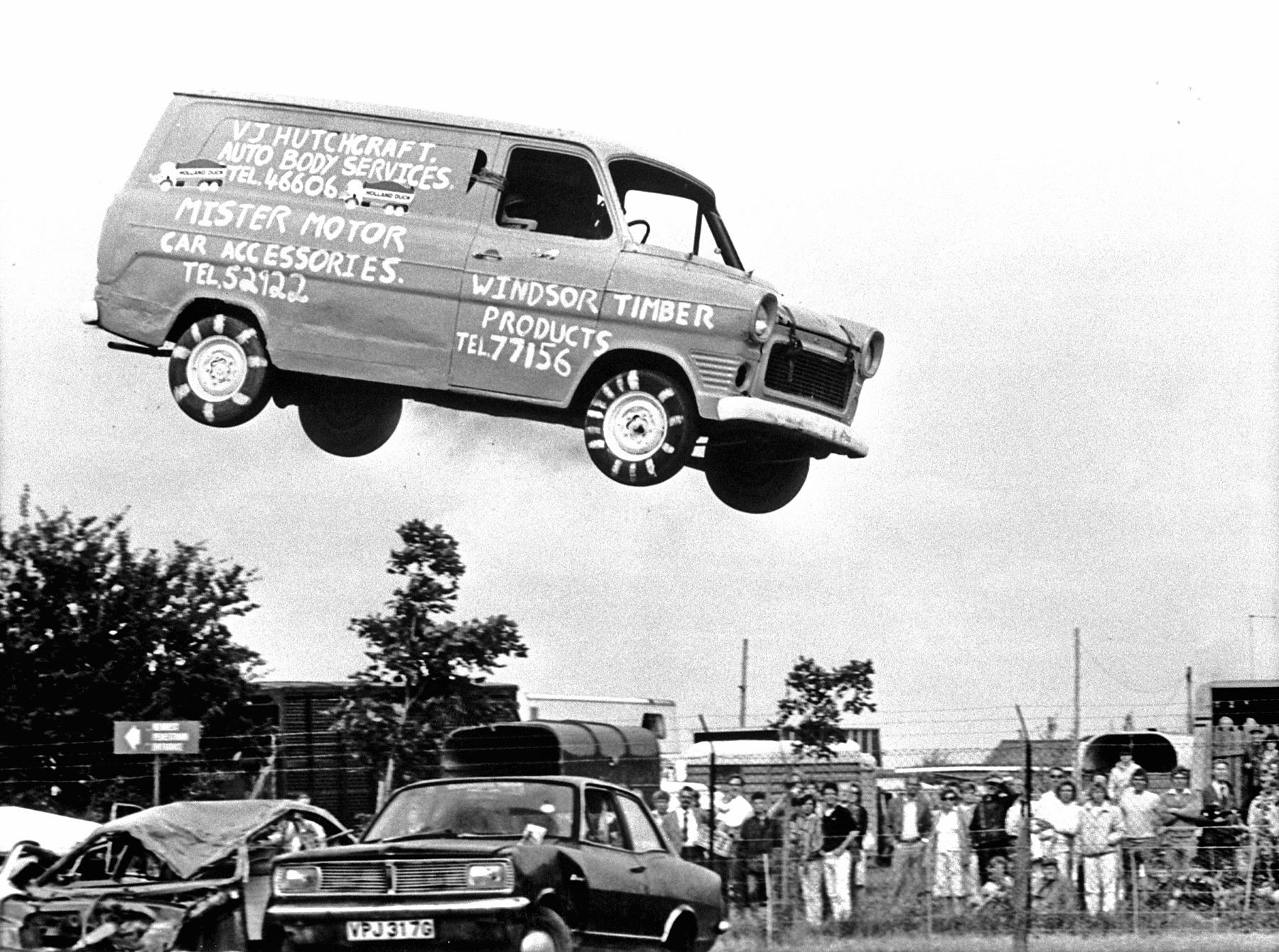 In 1985 stuntman Steve Matthews jumped a Ford Transit over 15 cars for charity, his prep work on the van before the jump involved nothing more than removing the glass and duct-taping the hood closed.