This particular engine has been in possession of the owner (now seller) for seven years, its history before that time isn’t known but it does have a reported 90,000 miles on it – an impressively high figure for a supercar engine.

The Ferrari 512TR was released in 1991 as the successor to the Ferrari Testarossa, a car with which it shared many of its parts including chassis, engine, and styling – the “TR” in the name stands for Testarossa and the “512” tells you that it’s powered by a 5.0 liter 12-cylinder engine.

Above Film: This short film from Chris Harris and the team at The Drive gives you an excellent idea of what it’s like to drive a 512TR – with minimal chit chat, plenty of engine noise, and ample driving footage.

Ferrari engineers had developed the 512TR to improve the Testarossa and ensure that its life would extend well into the 1990s. The Testarossa had been introduced back in 1984 after all, and by the early 1990s it was starting to look a little long in the tooth.

The exterior styling of the car was significantly upgraded using some cues from the Ferrari 348 which had been introduced in 1989. The engine received a slew of upgrades which boosted its power by 38 bhp and helped move it down so it could sit a little lower in the chassis to help centre of gravity.

The 512TR would be a significant success for Ferrari, they sold 2,261 of them between 1991 and 1994 when it was replaced with the further updated and closely related Ferrari F512 M. 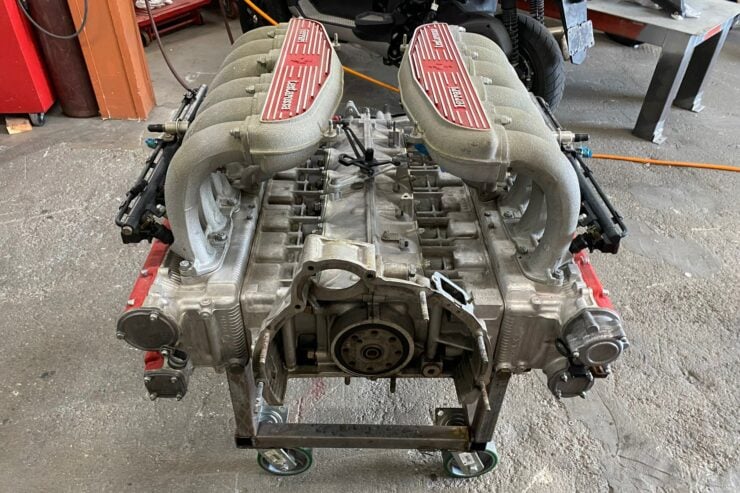 With 90,000 miles on it and having been out of the car for at least seven years, this 512TR engine will require a full rebuild before it’s used again.

This engine is listed on Bring a Trailer and the seller notes that it also comes with a major service kit and and the removed parts. Rebuilding it would be a job requiring skills at a level that most people (very much including me) don’t posses but if you’re looking for an interesting new motor for your 1996 Miata autocrosser and you have the budget of Jeff Bezos, this 512TR 12 banger might just be perfect.

If you’d like to read more about the engine, ask the seller a question, or place a bid you can find the listing here – it’s being offered for sale out of Vernon, California. 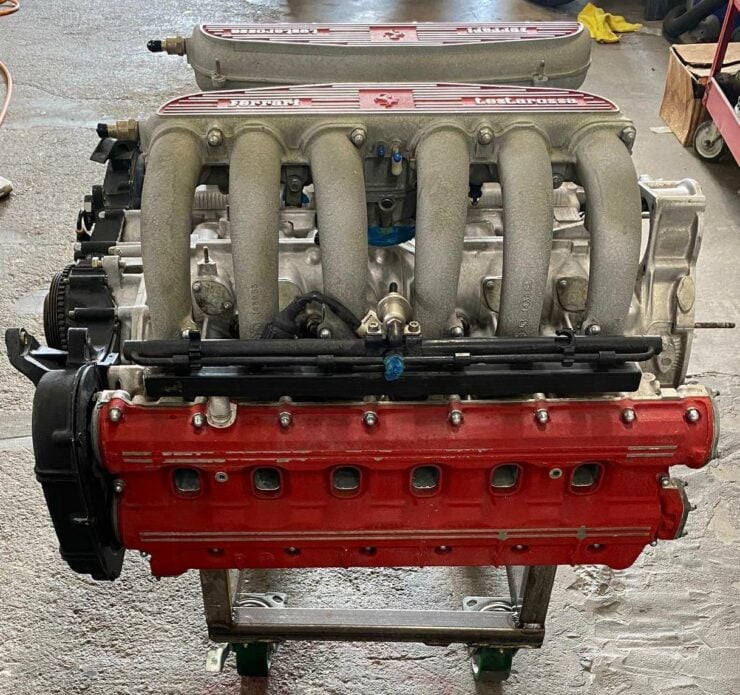 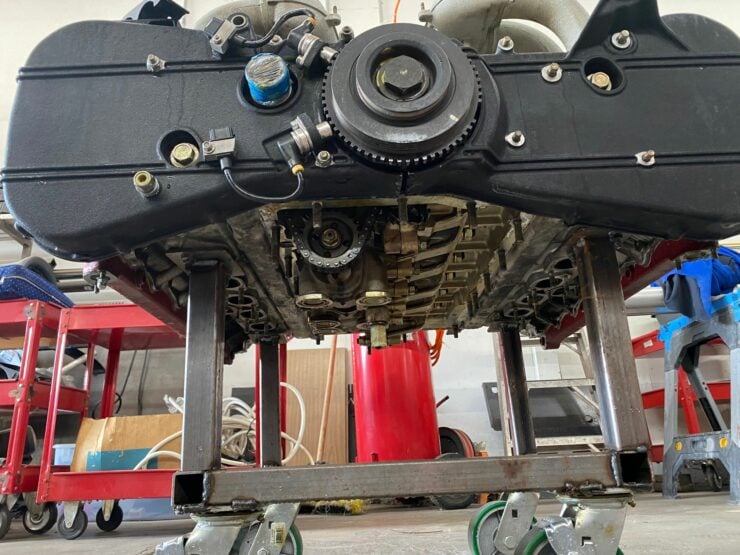 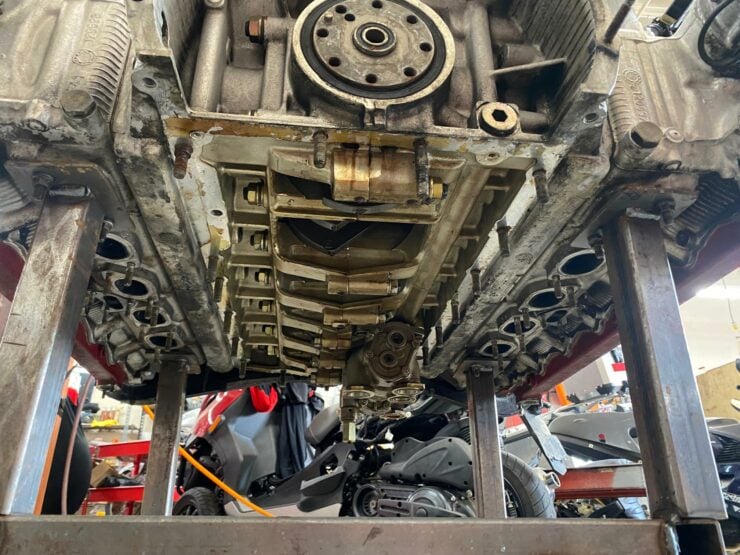 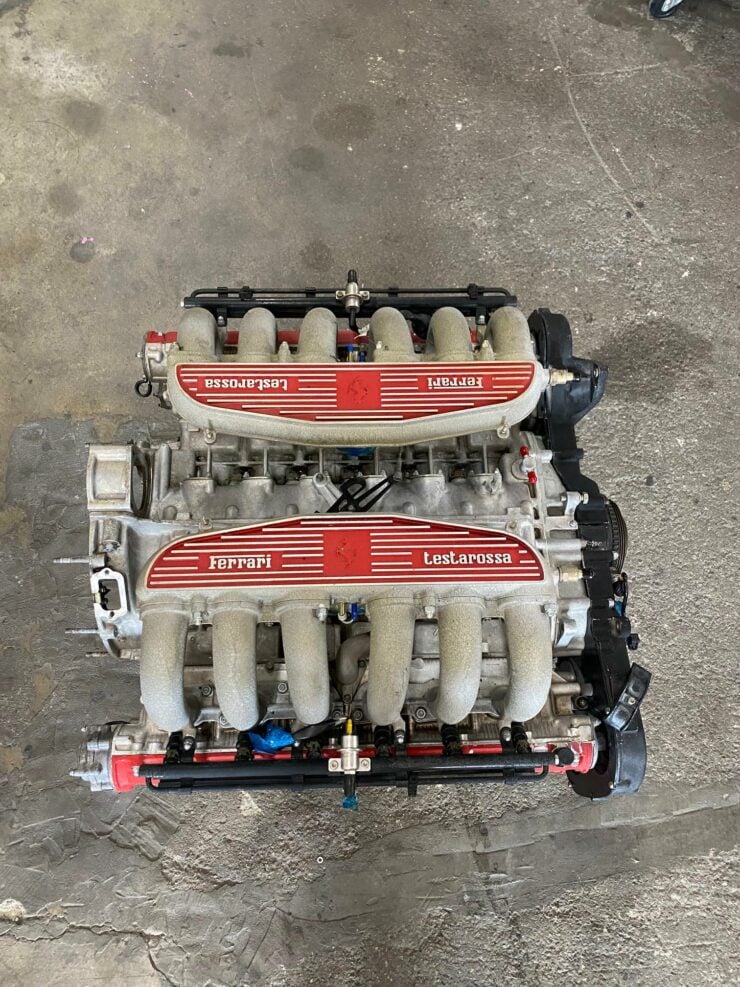 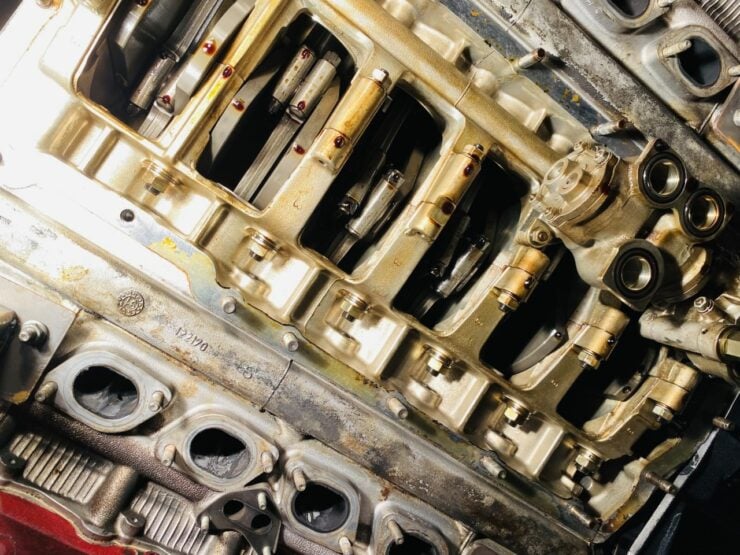 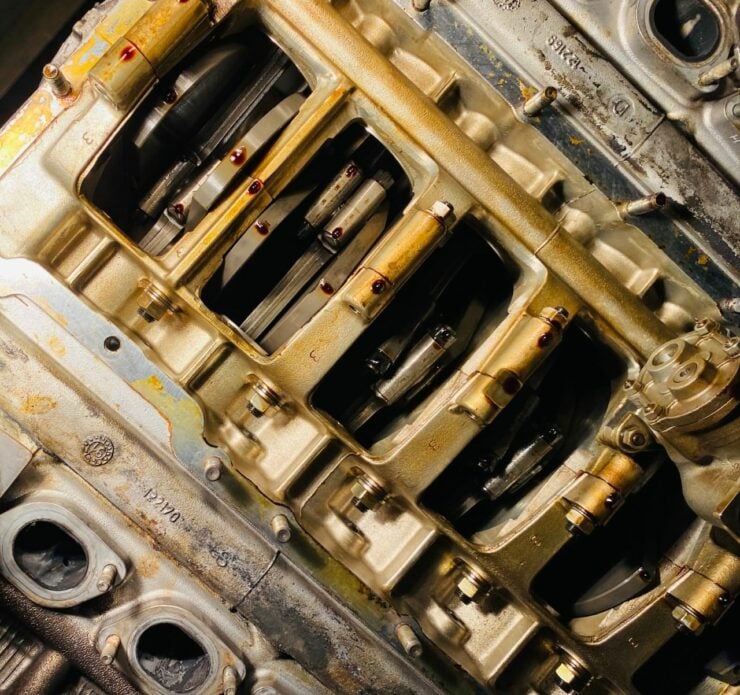 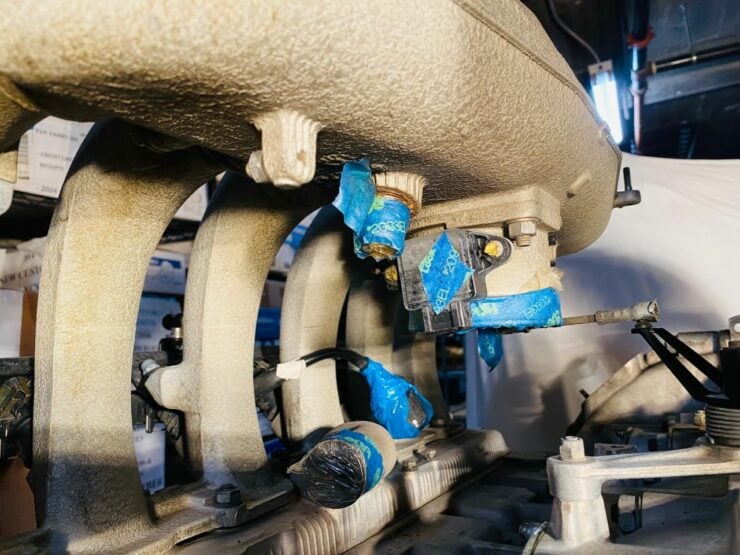 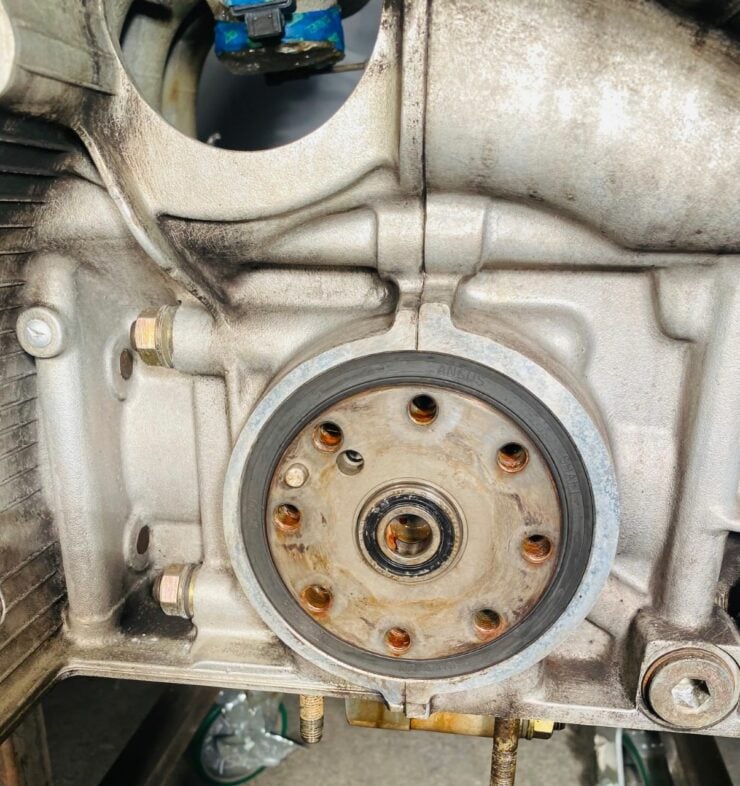 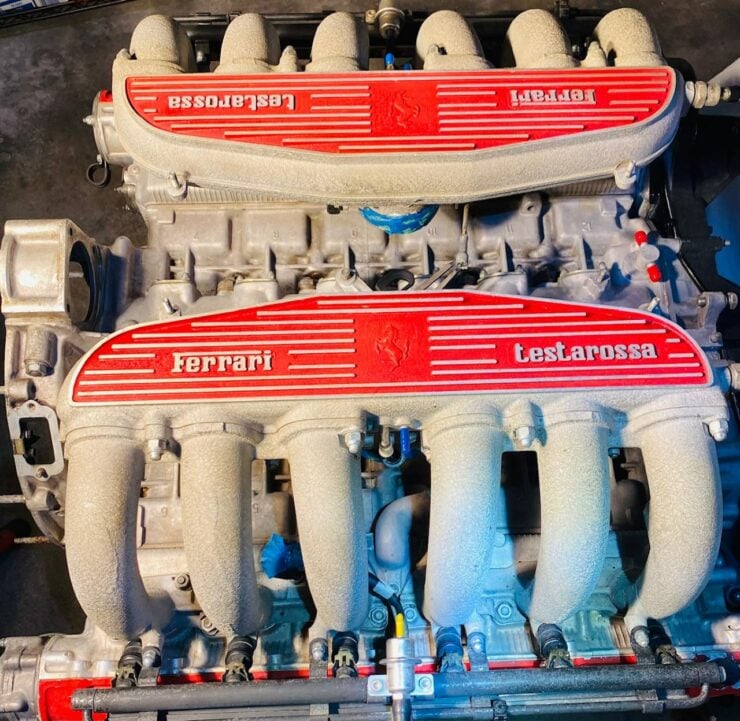 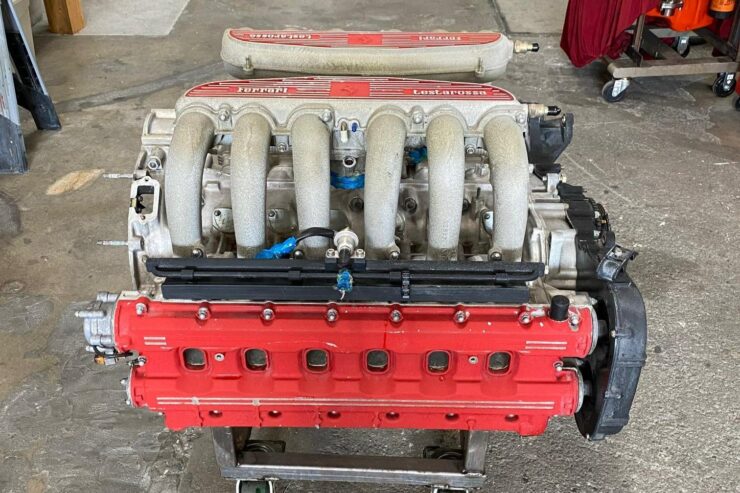 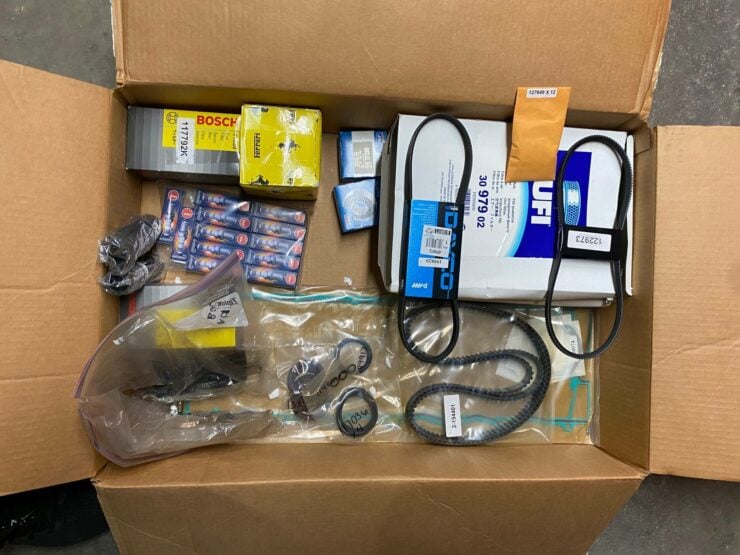