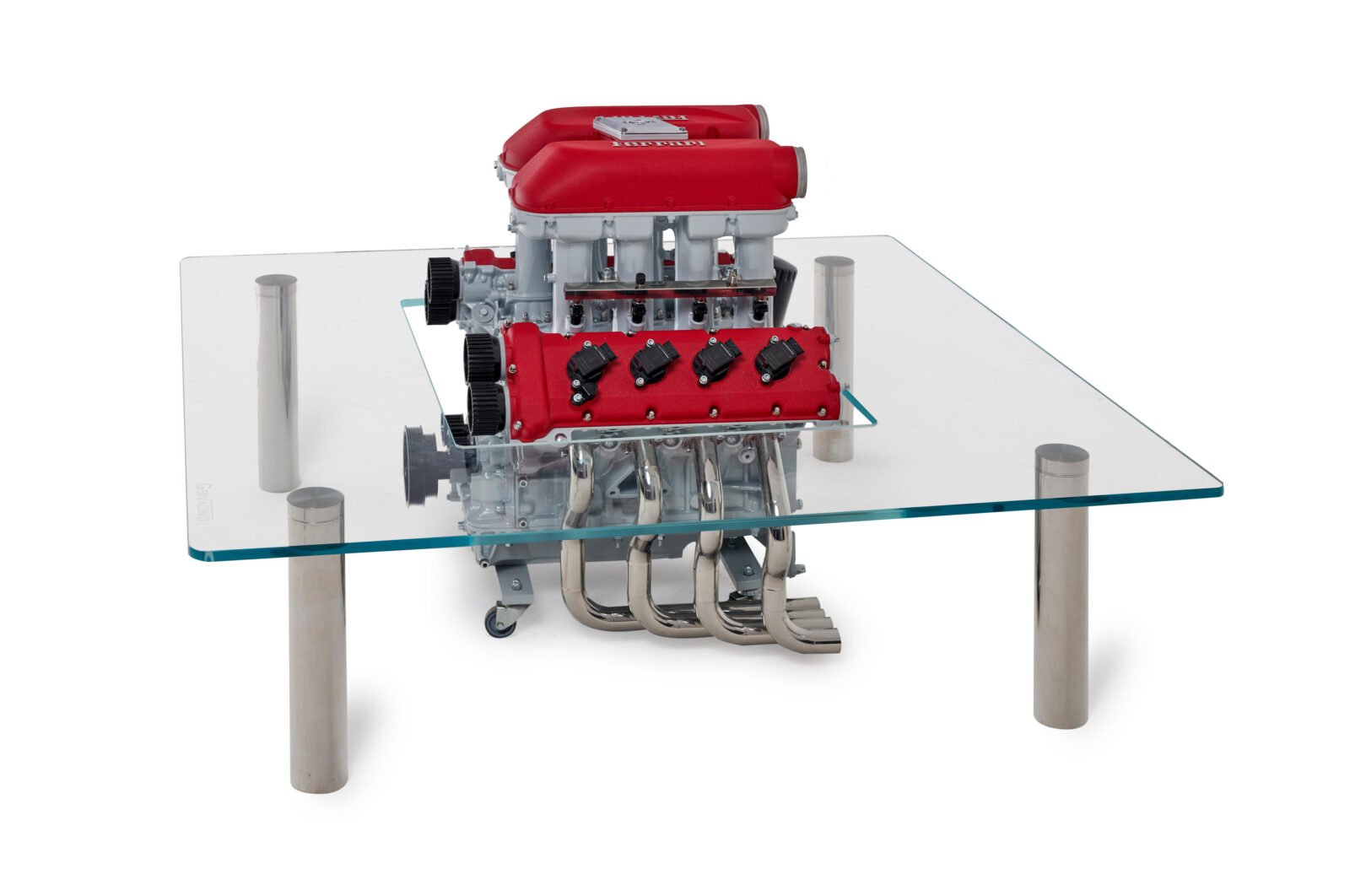 This is a glass-topped coffee table that’s been built around an original Ferrari 360 Modena V8, an engine that would have been capable of 400 bhp back when it was fitted to the car.

Engine-based coffee tables are nothing new of course, we’ve featured plenty of them here on Silodrome over the years, but there’s something a little special about any Ferrari-based piece of furniture.

The Ferrari 360 Modena was released in 1999, it was an incredibly important design for the Italian automaker as it would be the car that launched them into the new millennium. 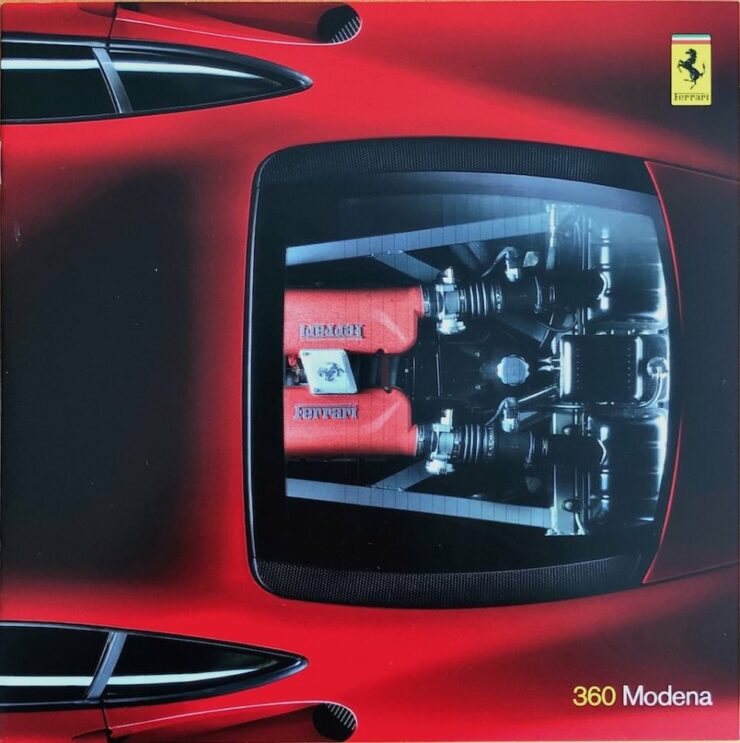 The all-new engine took pride of place on the cover of the Ferrari 360 Modena brochure when the car was released in 1999.

An all new aluminum space-frame chassis was developed in collaboration with Alcoa, a significant upgrade over the steel chassis used in its predecessor, the Ferrari F355.

The 360 Modena was powered by a similarly new and similarly aluminum engine, it was a 90º V8 with a displacement of 3.6 liters, a flat-plane crankshaft, double overhead cams per bank, five valves per cylinder, titanium connecting rods, and Bosch Motronic ME7.3 electronic injection.

Ferrari reported the power output at 400 bhp at 8,500 rpm with 275 lb ft of torque at 4,750 rpm. Power was sent to the rear wheels via a 6-speed transmission and buyers could choose between a classic gated-manual or an F1-style paddle shift semi-automatic. 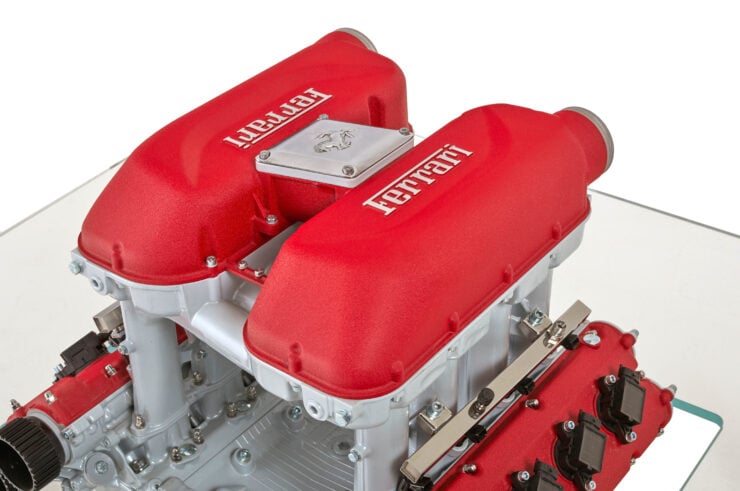 The prominent intake system remains fitted to the engine, making into quite an eye catching display piece.

This engine coffee table features the 360 Modena V8 and the centerpiece, the engine consists of the original block, heads, intake, and a set of decorative exhaust manifolds.

The coffee table has four polished stainless steel legs and a glass top that measures in at 140cm by 140cm. It’s signed by Gervadino Design, the company that made it.

Above Video: This is the original MotorWeek review of the 360 Modena, amazingly the car is now almost 25 years old – making it almost vintage. 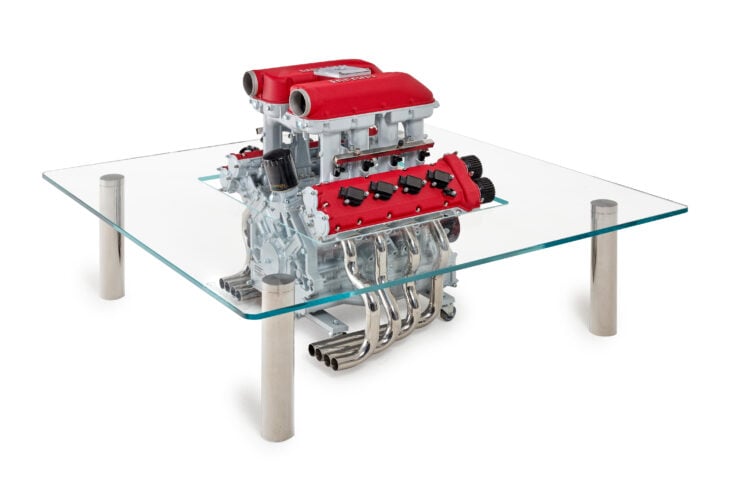 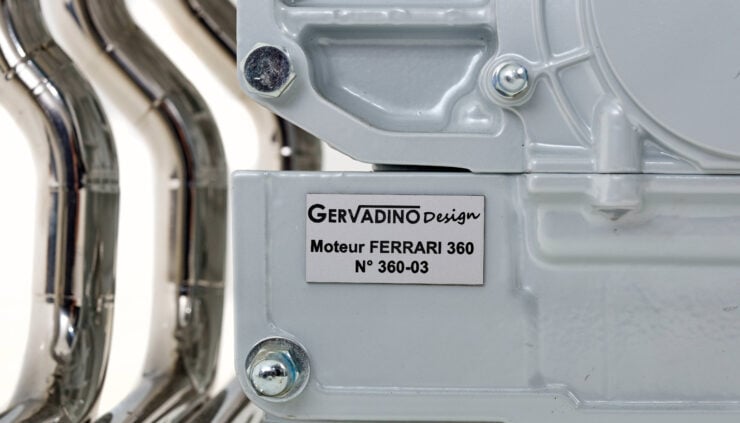 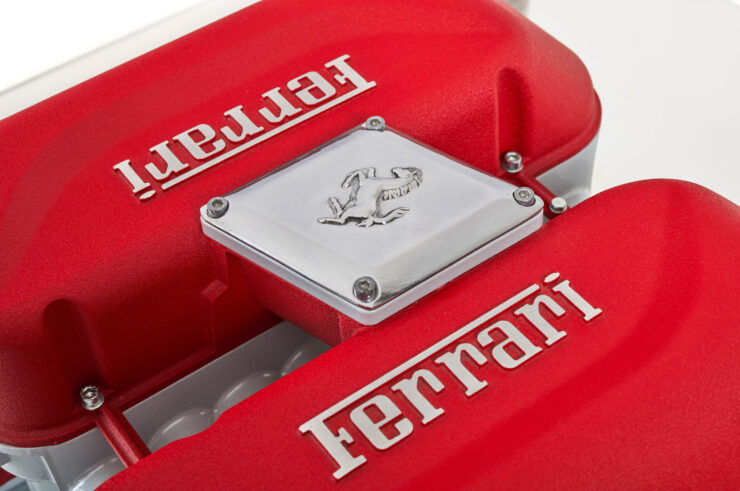 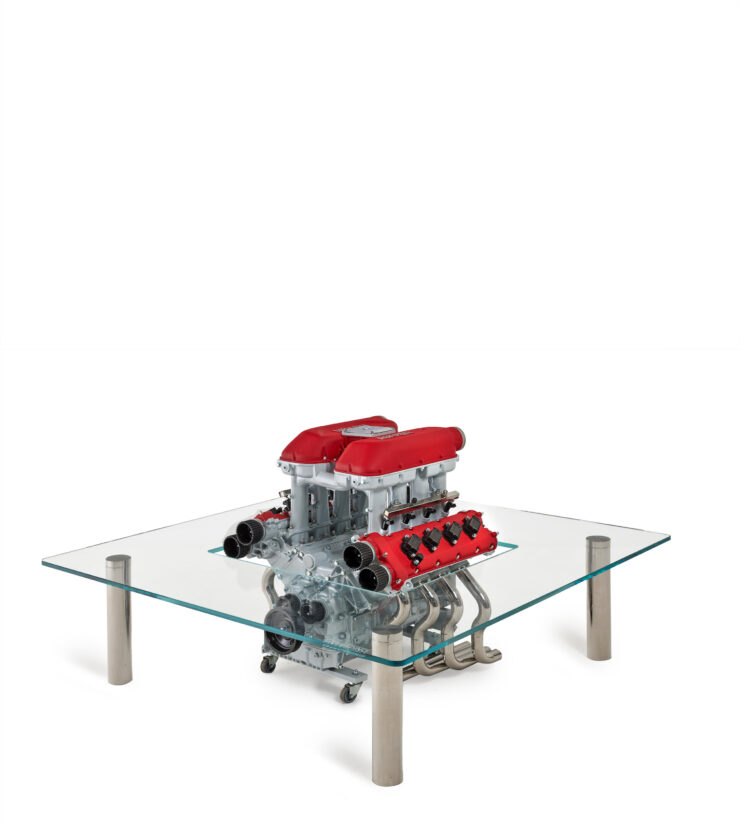 Published by Ben Branch - January 11th 2023
Related Posts
The Kermit Chair: The Original Motorcycle Touring Chair – 100% Made In The USA