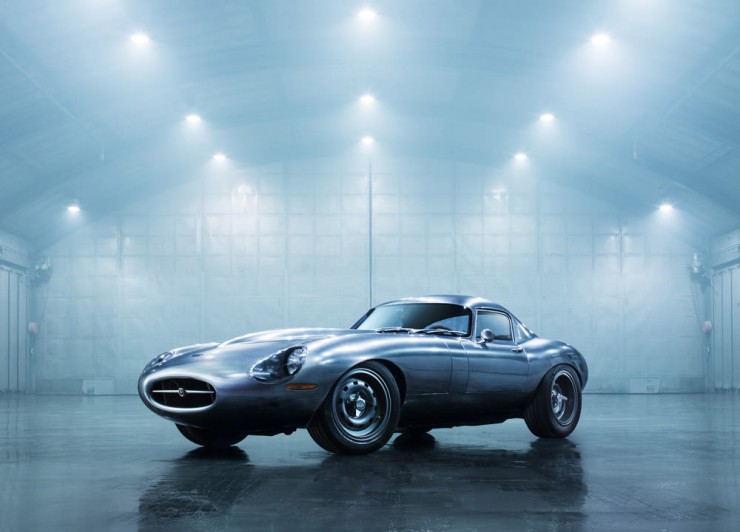 When it comes to classic British automobiles, I think it’s probably safe to consider the E-Type king of the hill. In fact, one could probably make a fairly convincing argument that the E-Type is the most classic, classic car ever made.

So when a company like Eagle comes along and recreates the E-Type, they’re walking on pretty thin ice. One misstep and the global motoring community would eviscerate them, so with this in mind it’s impressive to learn that Eagle has never had a bad review. Well, if they have I’ve been unable to find it.

The company has been restoring and upgrading E-Types since 1982, in recent years they’ve begun taking these restorations to a new level by adding sympathetic upgrades to E-Types by way of engine, chassis and suspension changes. These upgrades slowly led to the creation of a new car, called the Eagle E-Type.

The Eagle E-Type is a fundamentally modern vehicle, based on the design of the original Series 1 model but sharing no components. Everything from the chassis to the engine is a new, bespoke unit and the order book is overflowing. The ‘new’ E-Type has been shipped to buyers from The United States, to Hong Kong and everywhere in-between – despite the fact that it costs considerably more than a concours restored original Series 1 E-Type. 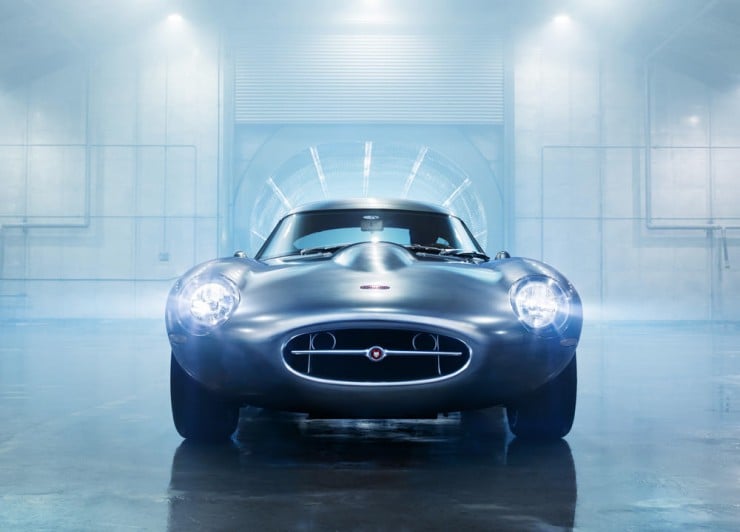 The team at Eagle recently decided to take a long look at the now classic “low drag” E-Type coupe, a test-car made in 1962 by Jaguar to experiment with a race-specification version of the production car. This low-drag coupe had much of the original steel bodywork removed and replaced with aluminium, the glass windows were replaced with perspex and the chassis was modified to improve rigidity.

Sadly the initial prototype wasn’t competitive and Jaguar decided to abandon the program rather than further refine the car, sales of the E-Type were the strongest Jaguar had ever seen for a model and they surmised that it was selling on the basis of its looks and road performance alone, meaning money spent on motorsport would essentially be unnecessary.

Eagle’s Low Drag GT is a modern interpretation of what the original low-drag car could have been – if Jaguar had thrown a little more money and engineering at it. All of the technologies used on the car existed in 1962, although things like its fuel injection system and power steering weren’t yet commonplace.

Powered by a 345hp 4.7 litre all-aluminium engine, Eagle’s GT is far from just a pretty face. The use of aluminium throughout is extensive, the transmission is aluminium as is most of the hand-formed bodywork, this contributes to the car’s surprisingly light weight of just 1,070kgs. From a performance perspective, the Low Drag can throwdown with the best of the modern offerings from the high-end European marques, the 0-62mph dash takes under 5 seconds and the top speed is somewhere in the 175+mph range.

As a GT car you would expect some refinements to make sojourns across the continent as civilised as possible, so with this in mind Eagle added re-circulating air conditioning, adjustable suspension, full leather trim, a hidden GPS unit, extended legroom, increased headroom, flush fitting heated screens, a long range fuel cell and increased luggage space.

Now is probably the best time for me to break your heart and mine by telling you that the Eagle E-Type Low Drag GT costs an eye-watering £650,000 ($1,050,000 USD). So unless you’re an oil sheik, a lottery winner, Patrick Dempsey or a talented day trader, you might have to do what I’m doing at look wistfully at the images before sighing and trudging on with your life. 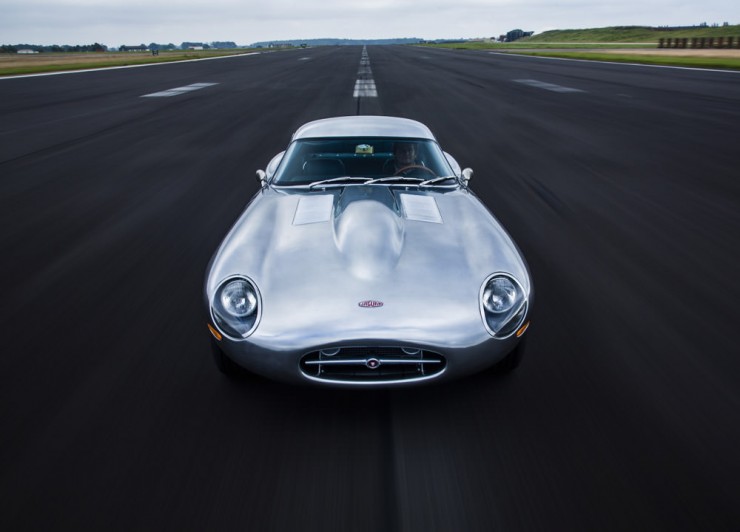 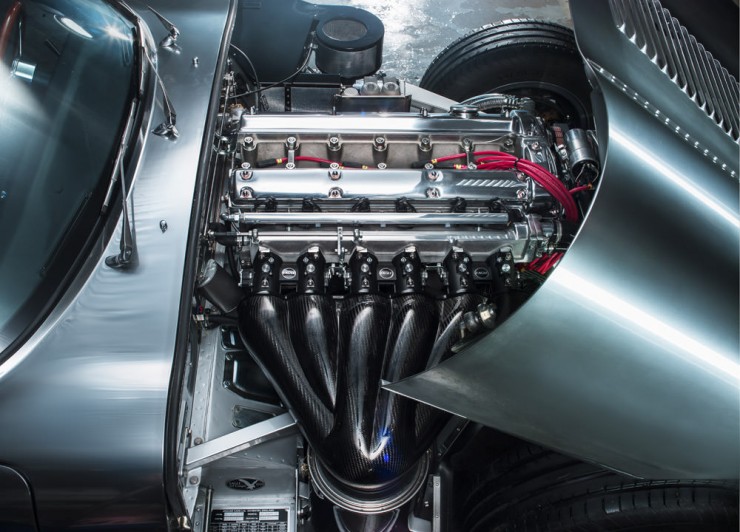 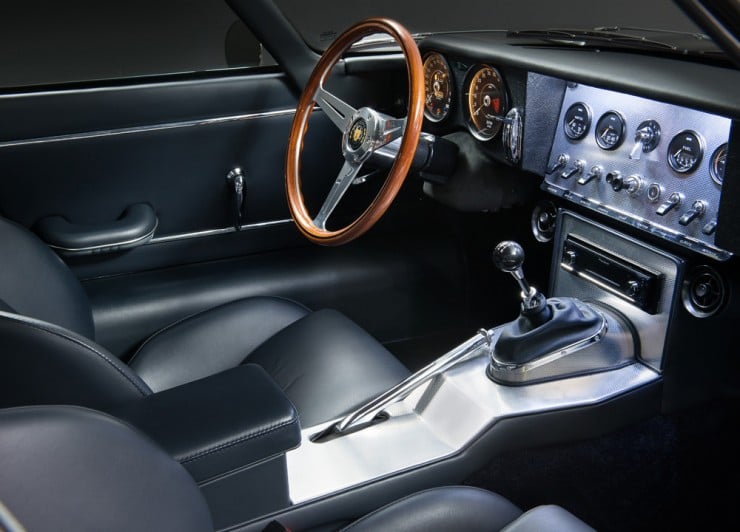 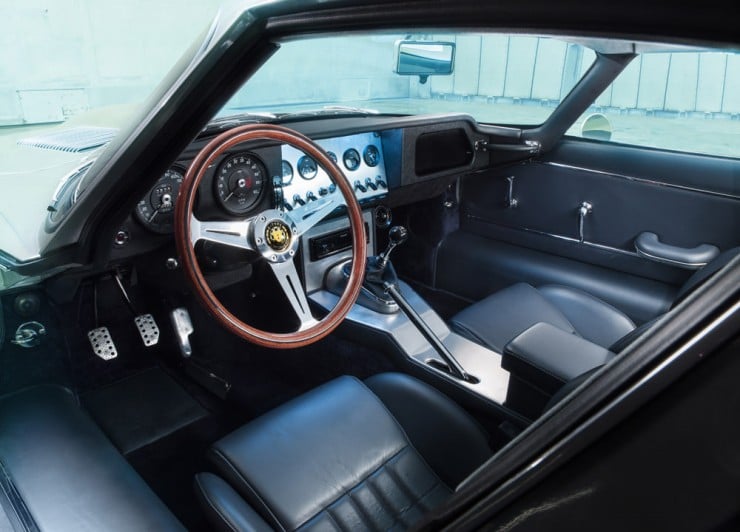 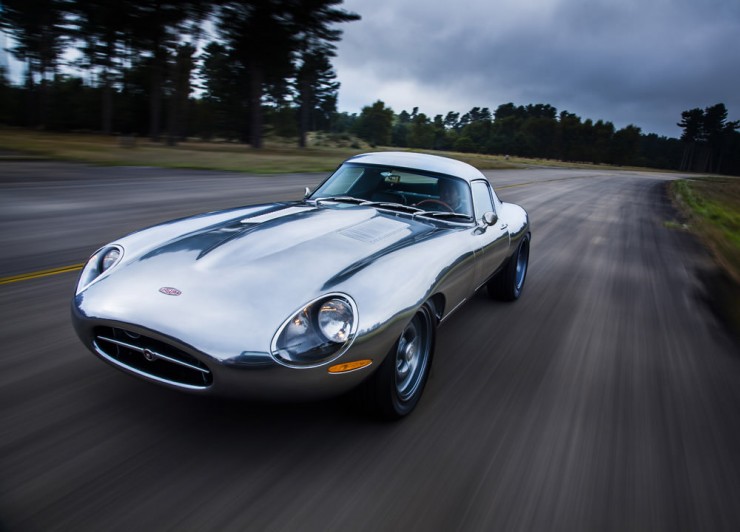 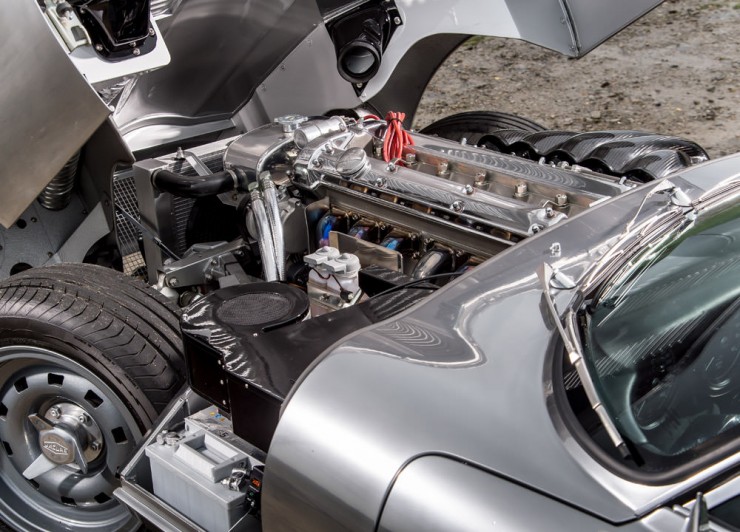 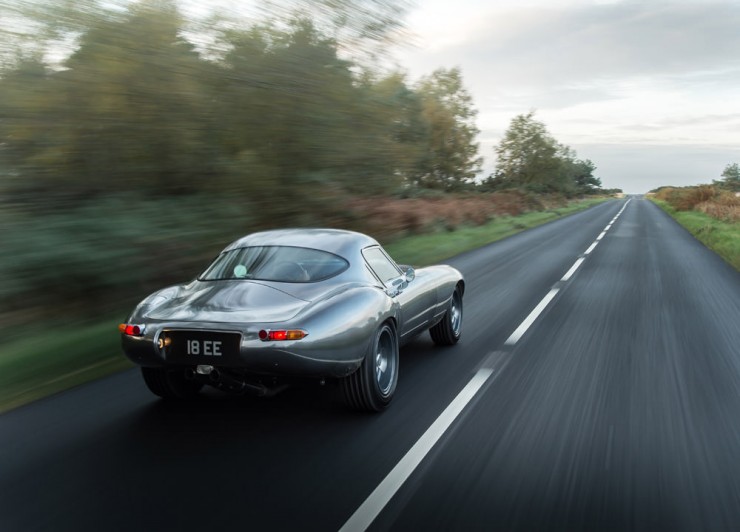 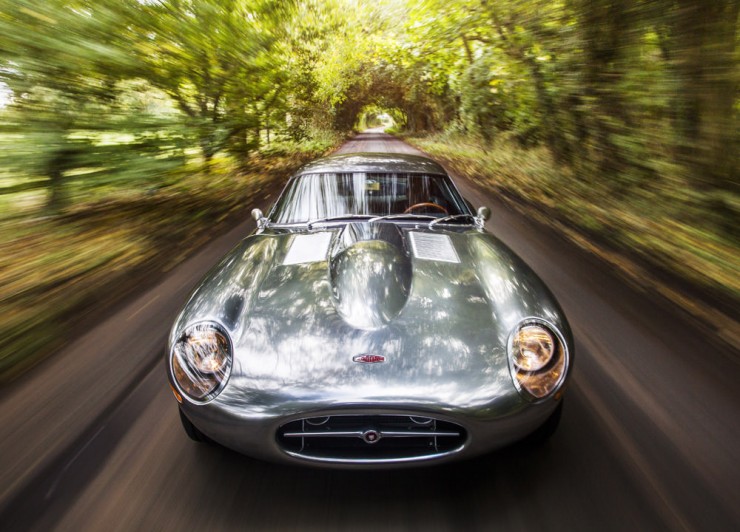 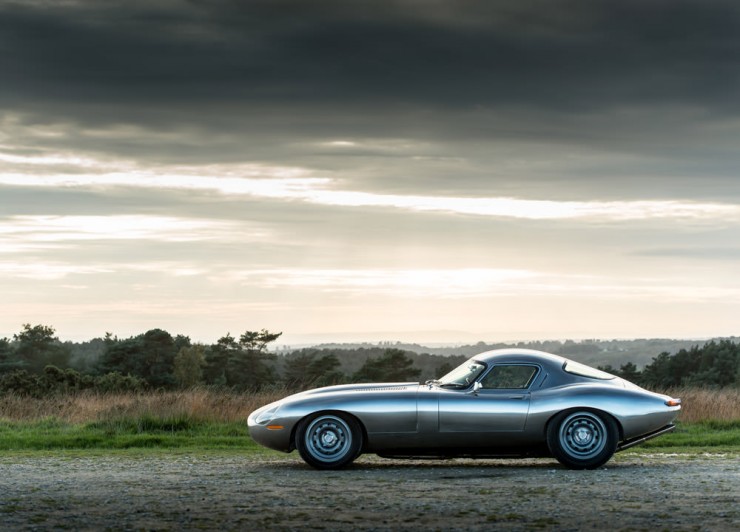 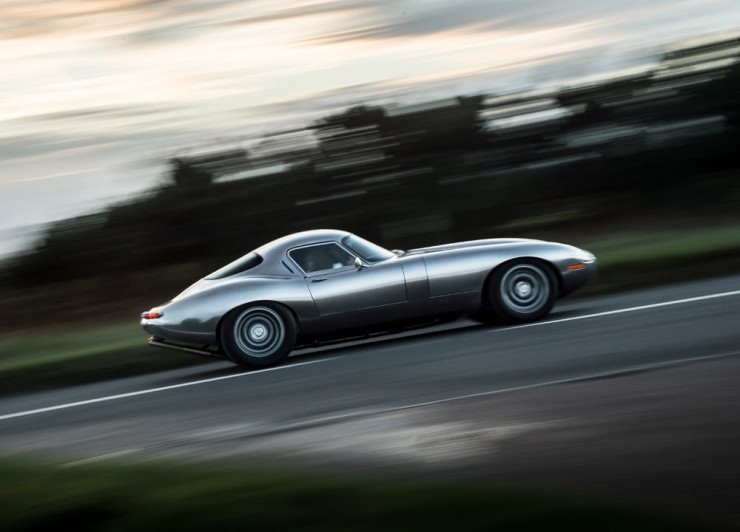 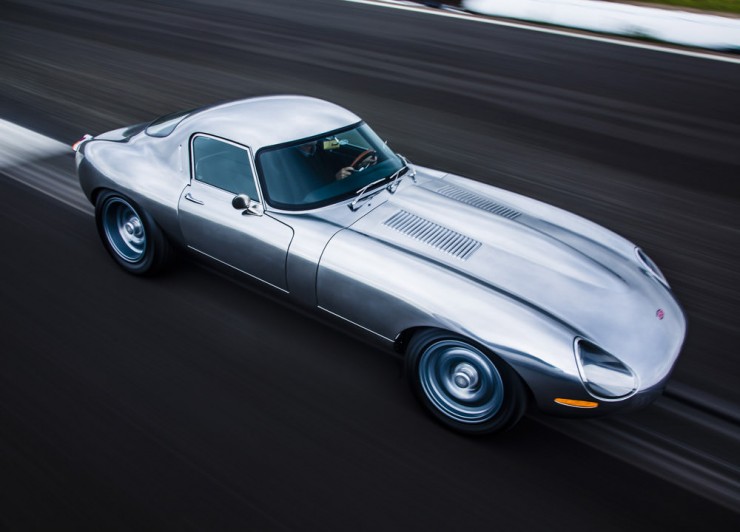 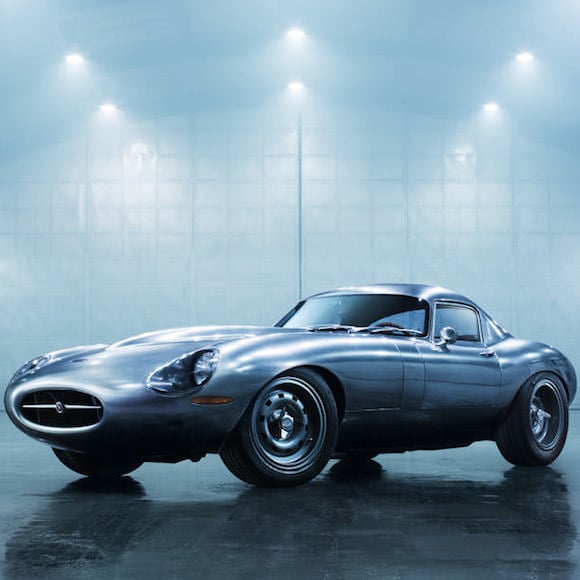