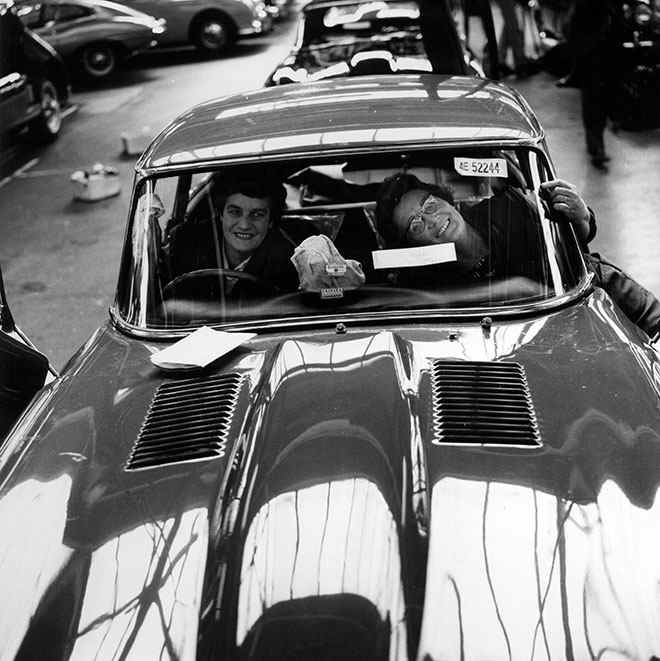 Great photograph of a couple of British ladies giving a 1963 Jaguar E-Type a quick clean. I bet they’d make a mean cup of tea.