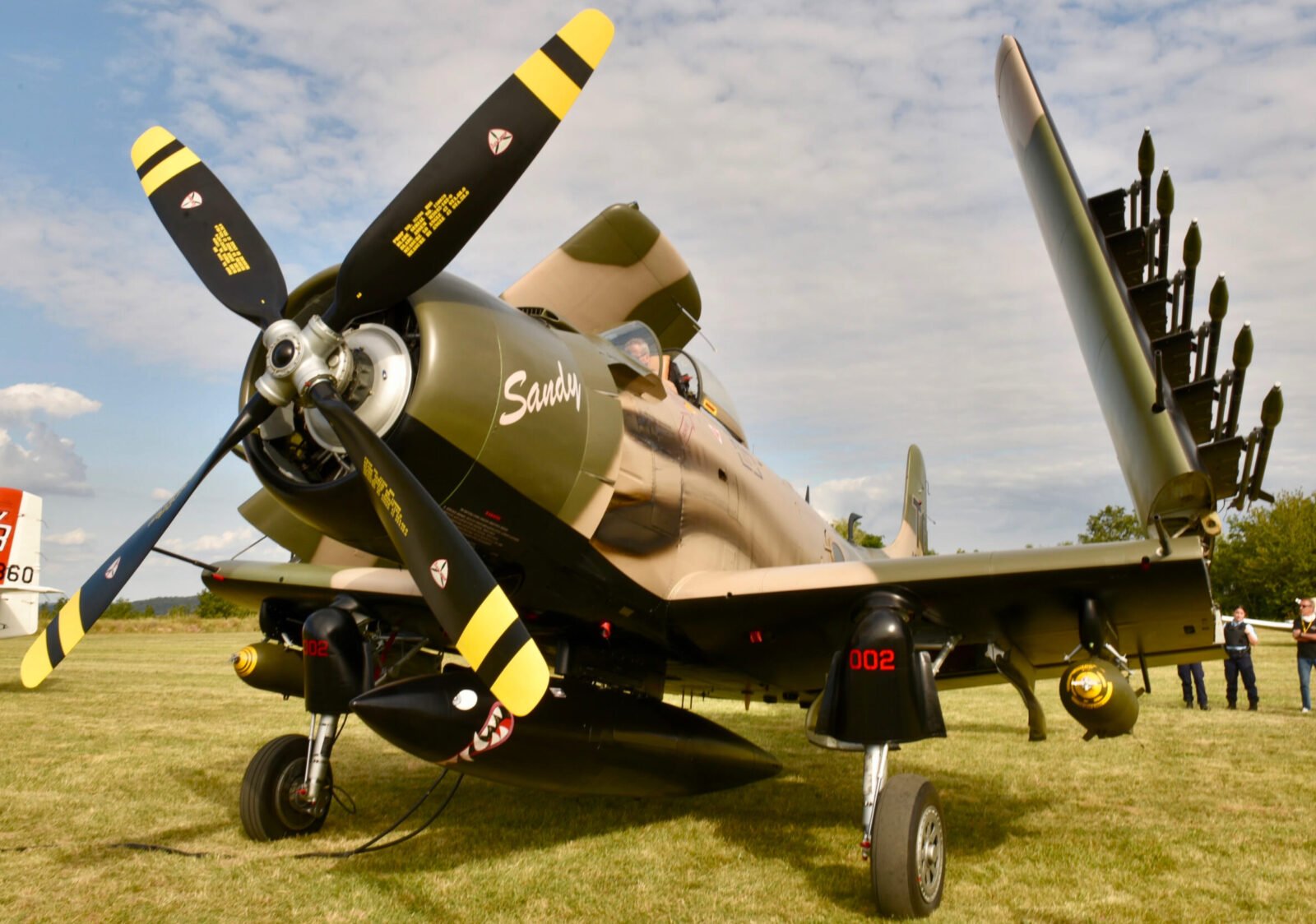 The Douglas Skyraider was designed during WWII and would prove so useful it remained in active service well into the 1980s, it was developed to combine the roles of dive-bombing and torpedo missions into a single attack aircraft.

Impressively it has a payload of 8,000 lbs, vastly more than the Boeing B-17 Flying Fortress’ payload of 4,800 lbs, and the Skyraider has a 10-hour flying time with an armored underbelly to protect it from ground fire.

For enemy combatants in the Korean and Vietnam Wars, the sight of the Douglas Skyraider overhead was a cause for far more concern than any of the faster and more flashy fighter jets of the era.

The Skyraider could stay overhead for hours and hours, carrying ordinance which it could target with devastating accuracy. 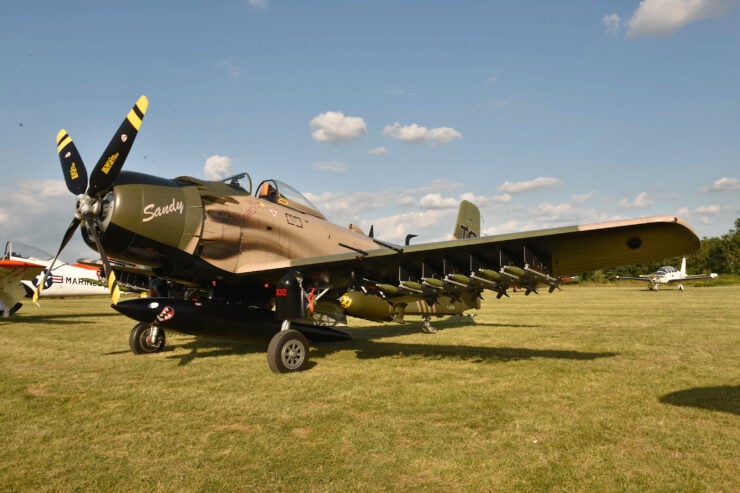 The sheer volume of ordinance the Skyraider can carry made it a critical part of the US air arsenal for decades.

The Skyraider was introduced too late to see service in WWII, but it became the backbone of the United States Navy and Marine Corps strike aircraft missions in the Korean War.

Interestingly the only air victory attributed to the Skyraider occurred when an AD-4 Skyraider shot down a Soviet-built Polikarpov Po-2 biplane in 1953.

During the Korean War the Skyraider was flown only by the US Navy and the Marine Corps, they were mostly painted dark blue and they became known simply as “the blue plane” to North Korean combatants.

There toughness of the Skyraider largely came down to its armor plating, it was fitted to the underside of the aircraft to protect from ground fire. With a flight time of 10 hours depending on the payload, the Skyraider could loiter over specific areas for prolonged periods of time – it also had excellent range for attacks over longer distances.

After heavy use in the Korean War and the early years of the Vietnam War, the Skyraider would be retired from American military use in 1973.

The armed forces of other nations kept them in service into the mid-1980s, a remarkable testament to the design first laid out by Ed Heinemann 40 years earlier – all the way back in 1944. 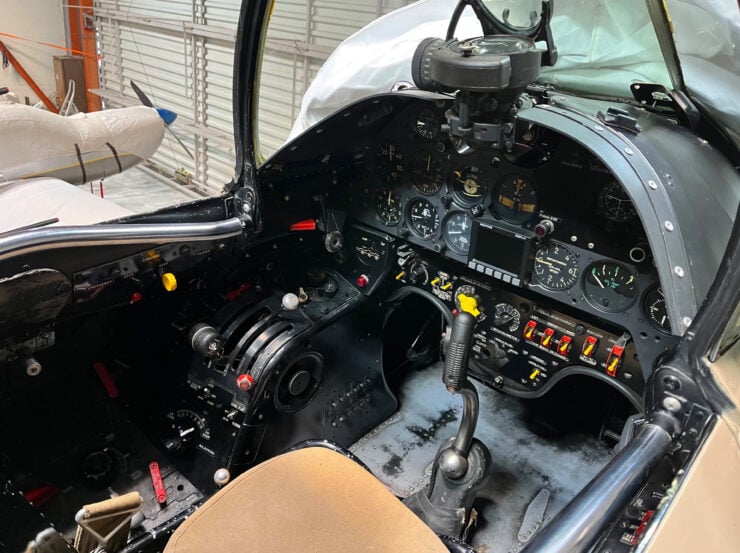 This restored AD-4N Skyraider has a largely original cockpit, with a few changes made for modern flying safety and convenience.

The aircraft you see here is an AD-4N Skyraider from 1950, it benefits from a full restoration and is now showing just 178 hours of flight time since the work was completed.

This Skyraider has an original Wright R-3350 26WD engine fitted, this is otherwise known as the Wright R-3350 Duplex-Cyclone engine. It’s a twin row, supercharged radial engine with 18 cylinders with a displacement of almost 55 liters and up to 3,700 hp depending on configuration.

The R-3350 in this aircraft was fully rebuilt by Anderson Airmotive when the plane was restored and now shows the same number of hours as the airframe – 178.

This AD-4N Skyraider is currently being offered for sale by the team at Platinum Fighter Sales, the asking price is $750,000 USD which isn’t a whole lot of money in the high stakes would of warbird ownership.

If you’d like to read more about the plane or buy it you can click here to visit the listing. 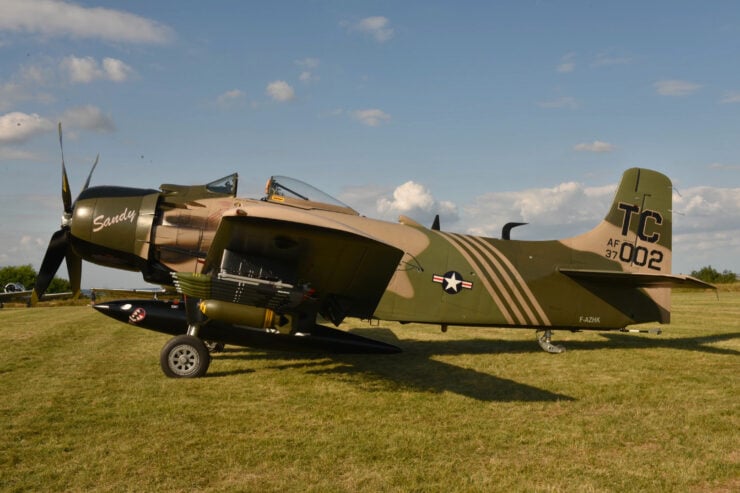 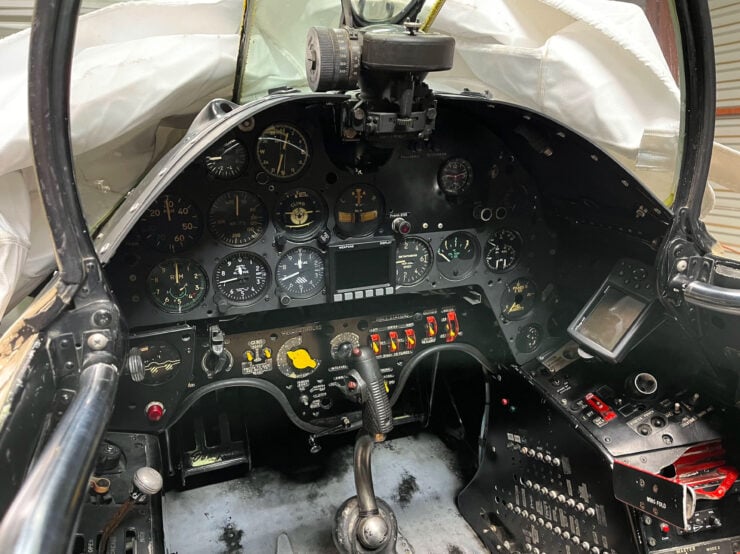 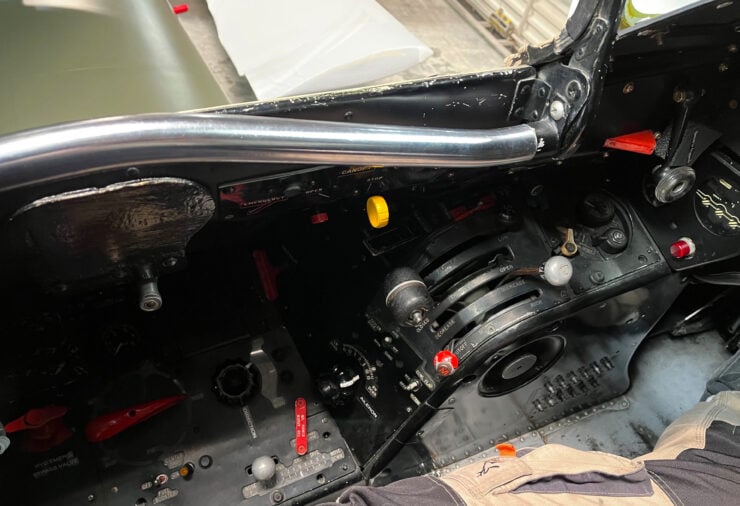 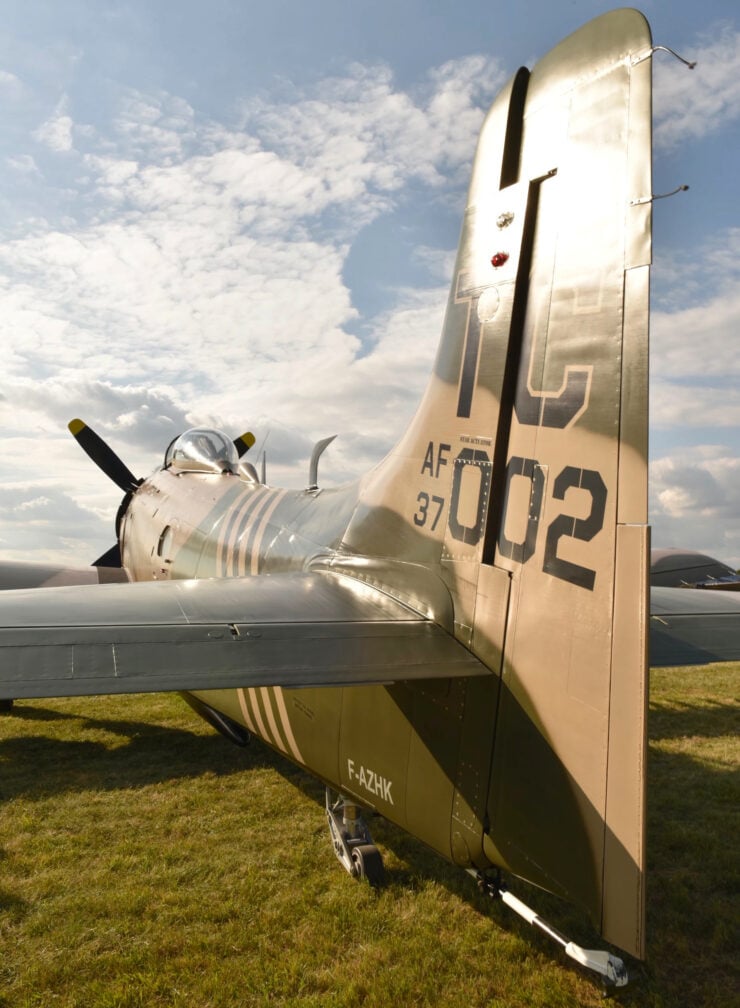 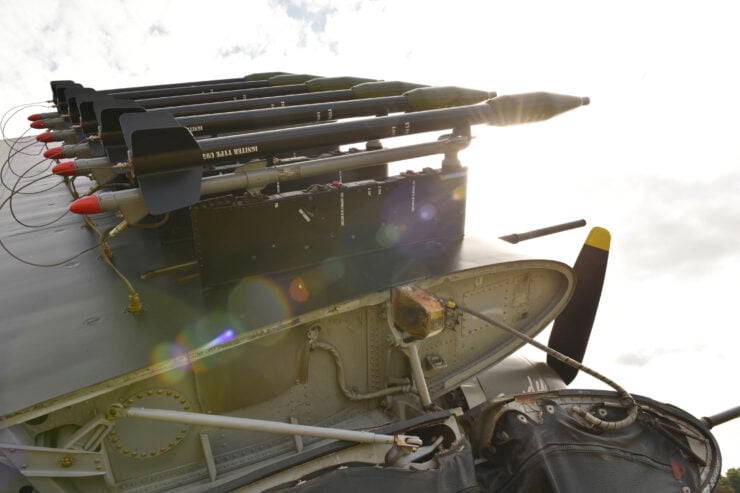 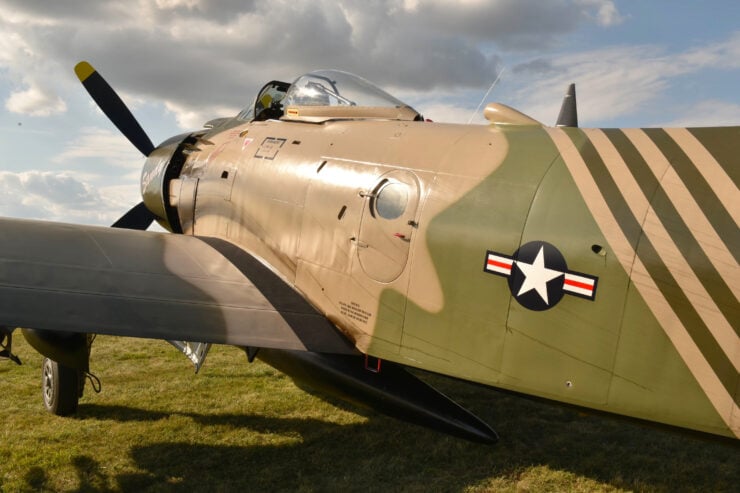 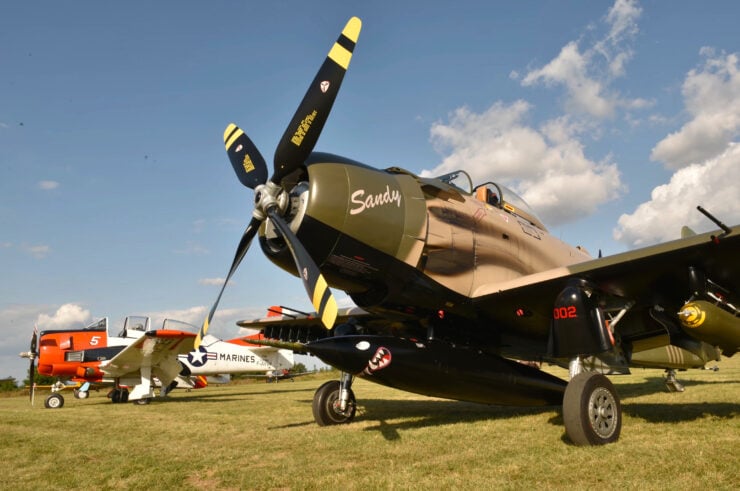 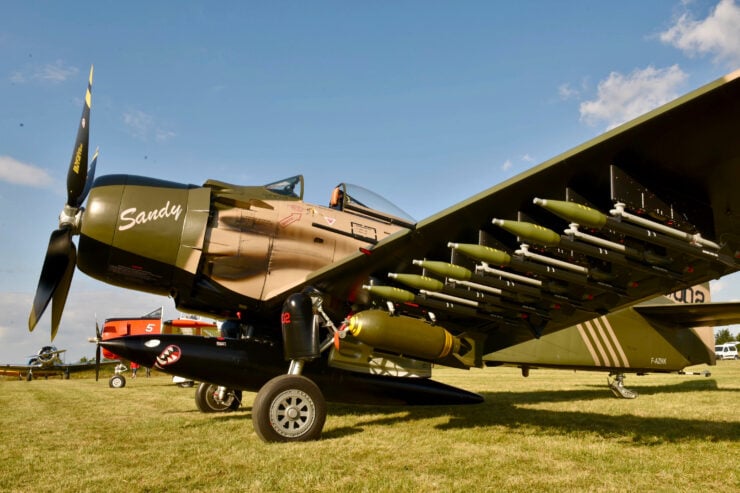