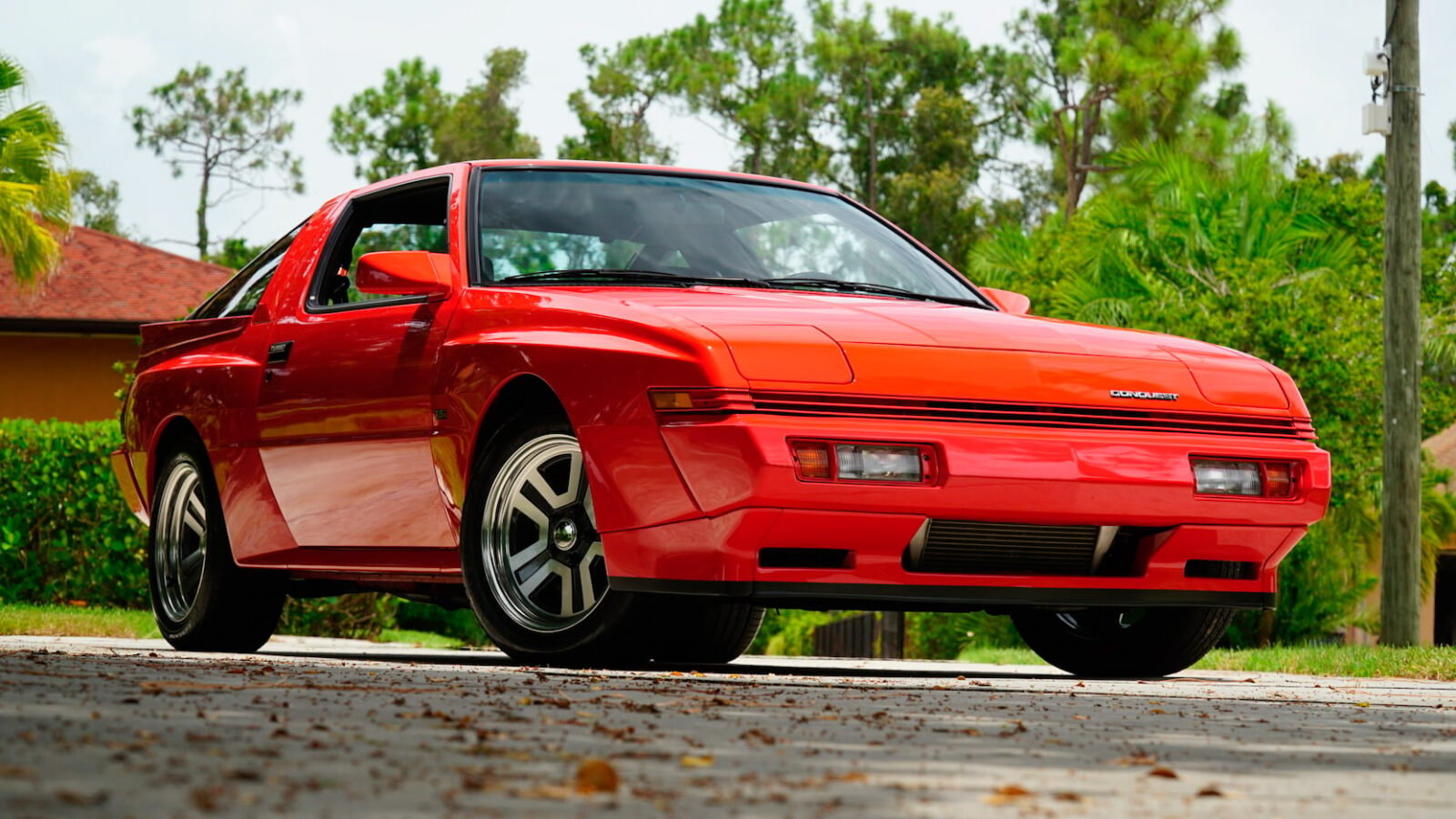 The Dodge Conquest TSI is an oft-forgotten Rad-era classic with a combination of good looks and a long list of motorsport victories in the USA, Australia, Europe, Britain, Europe, and across Asia. A 4×4 version even won its class in the 1983 Paris-Dakar Rally.

Though it’s badged as a Dodge the car is actually a Mitsubishi Starion, it was offered as a Dodge, Chrysler, or Plymouth in the US market thanks to a partnership between the Japanese and American automakers.

The Mitsubishi Starion is one of the largely unsung GT car heroes of the 1980s, it was one of the first turbocharged performance cars with electronic fuel injection out of Japan, and it proved almost unstoppable on race tracks from Japan and Macau, to Australia and the USA. 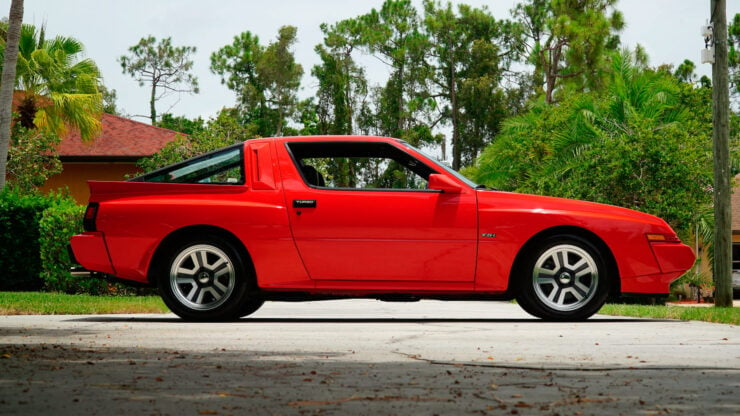 The Starion (and Conquest TSI) has a drag coefficient of 0.32, slightly better than the Mazda RX-7 and the Nissan 300ZX.

There can be little argument that the Starion is one of the best looking Japanese sports GT cars of its age, the wide body version in particular looks every bit the Japanese challenger to the Porsche 944.

The name “Starion” is a contraction of “Star of Arion,” Mitsubishi have explained that it refers to both a star and the mythical Greek horse of the same name. The horse was said to have been the offspring of Poseidon and Demeter, it was ridden by the hero Heracles into battle during his expedition to Elis.

Though a four-wheel drive version was developed the vast majority of Starions were rear-wheel drive, with the engine up front in a longitudinal position sending power back through either a 5-speed manual transmission or an optional automatic.

A small number of engines were offered however the most common two were the 2.0 liter Mitsubishi G63B engine (offered in both turbo and non-turbo versions) and the 2.6 liter G54B engine with a TD05-12A MHI turbocharger.

It would be this 2.6 liter engine that was used in the North American cars that would receive Dodge, Chrysler, or Plymouth badges.

Ultimately the Starion and its Conquest TSI equivalent would never achieve the legendary fame of cars like the RX-7 or the Supra, but on the bright side this means they’re also typically more affordable when they do come up for sale. 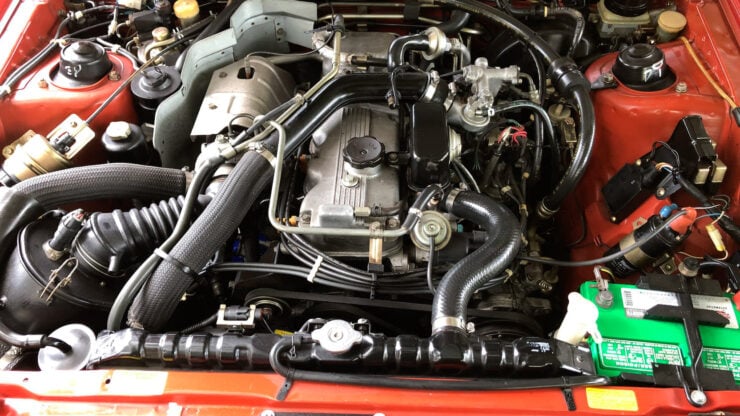 The car is powered by the turbocharged 2.6 liter G54B Mitsubishi engine producing 188 bhp.

The car you see here is a 1986 example of the Dodge Conquest TSI, it’s in largely original condition throughout – a rare thing in cars like this that were favored by generations of teenagers due to the lure of the turbo.

As you would expect this car is fitted with the turbocharged 2.6 liter G54B engine which is mated to the 5-speed manual transmission. This car has a red exterior with a black exterior, arguably the best color combination, and it’s riding on restored original staggered 16 inch cast aluminum wheels.

Elsewhere on the car you’ll find an original radio with EQ, dual power mirrors, a power antenna and windows, air conditioning, and a sport steering wheel with stereo controls.

The listing notes that this car has had a recent major service, and it’s due to be offered by Mecum with no reserve in January at the Kissimmee Auction in Florida. If you’d like to read more about it or register to bid you can click here to visit the listing. 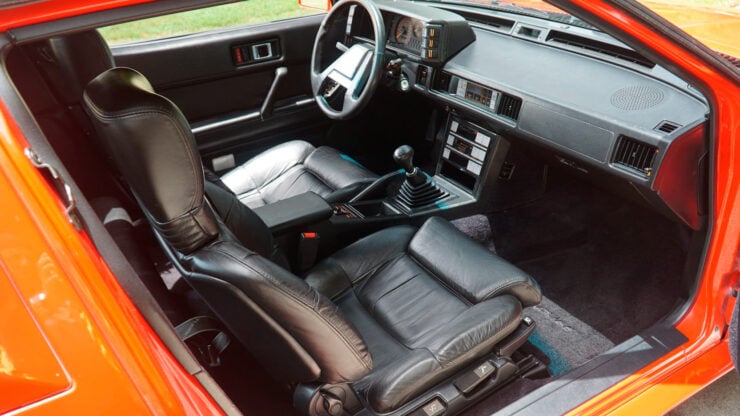 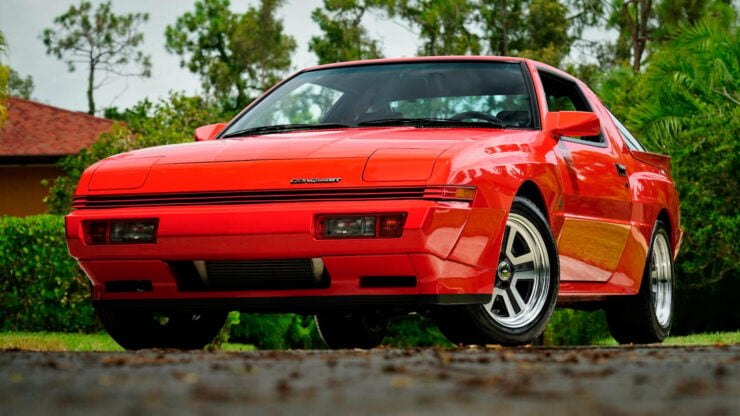 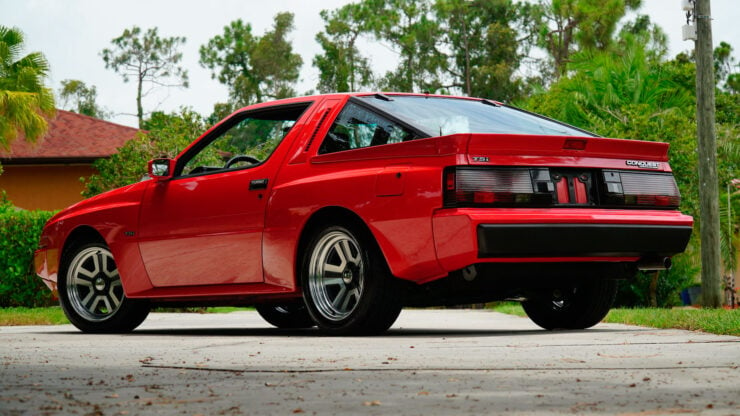 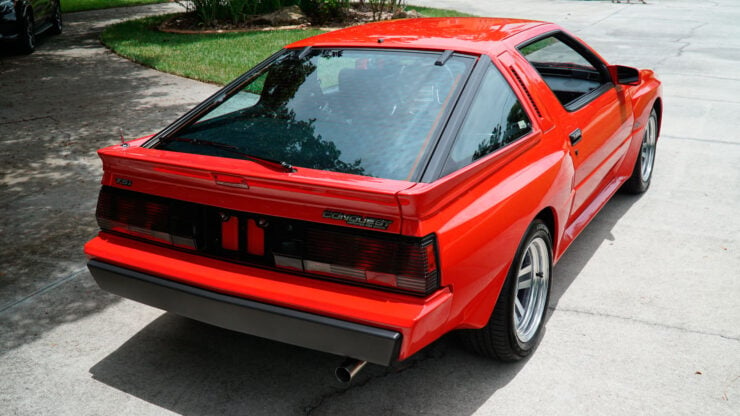 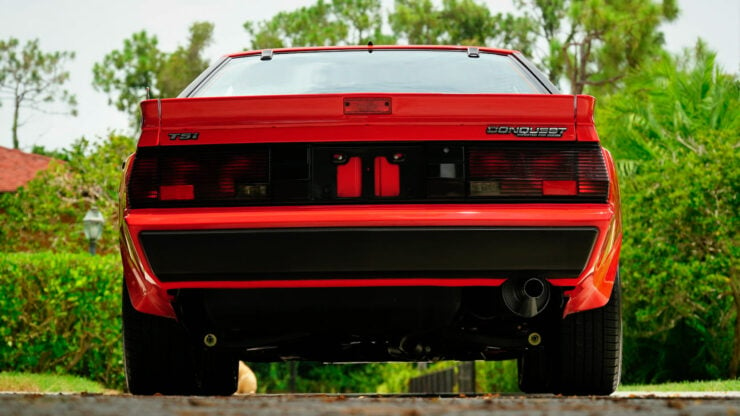 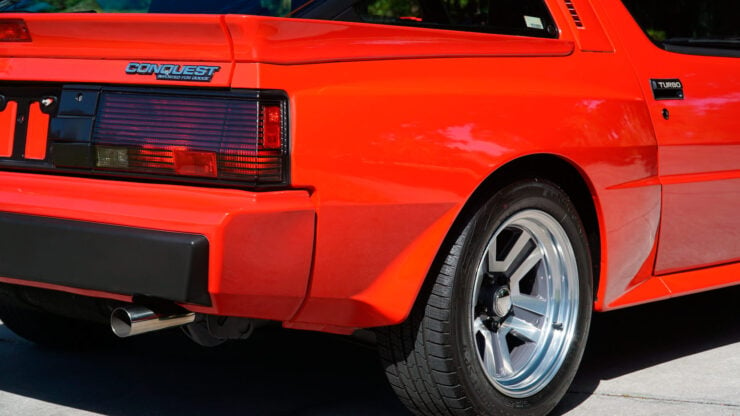 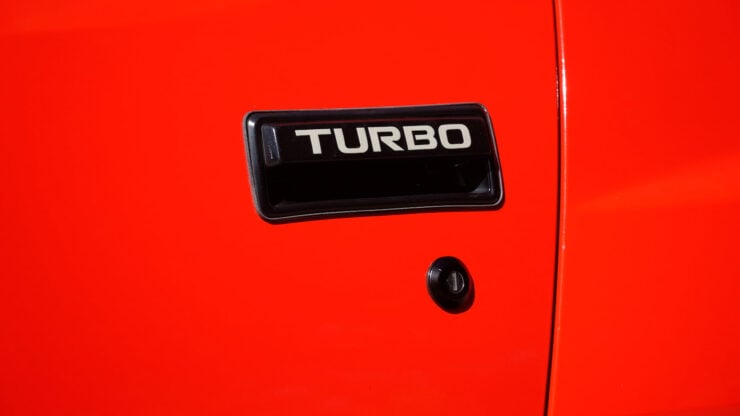 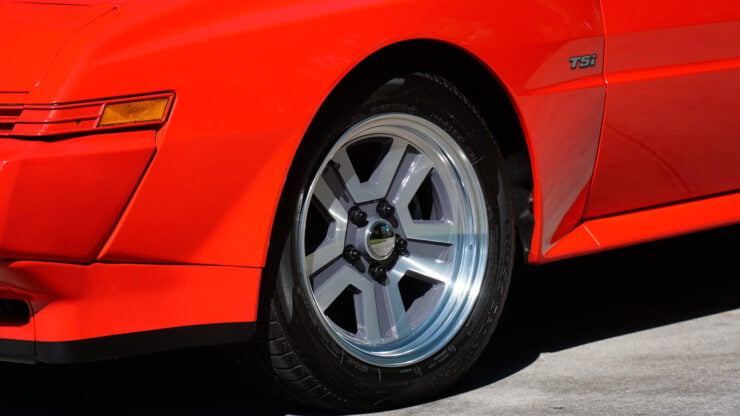 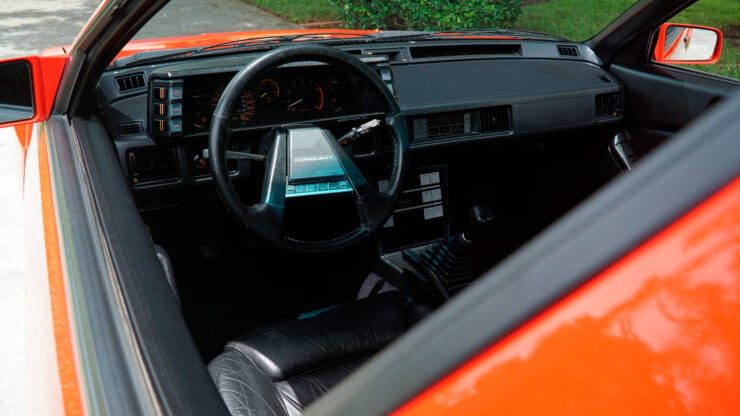 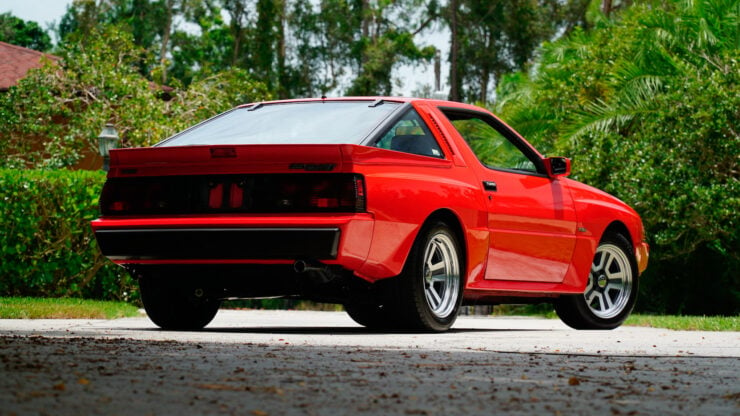 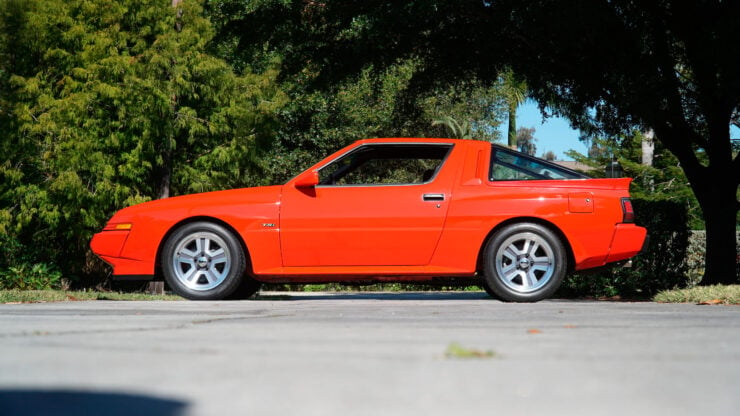