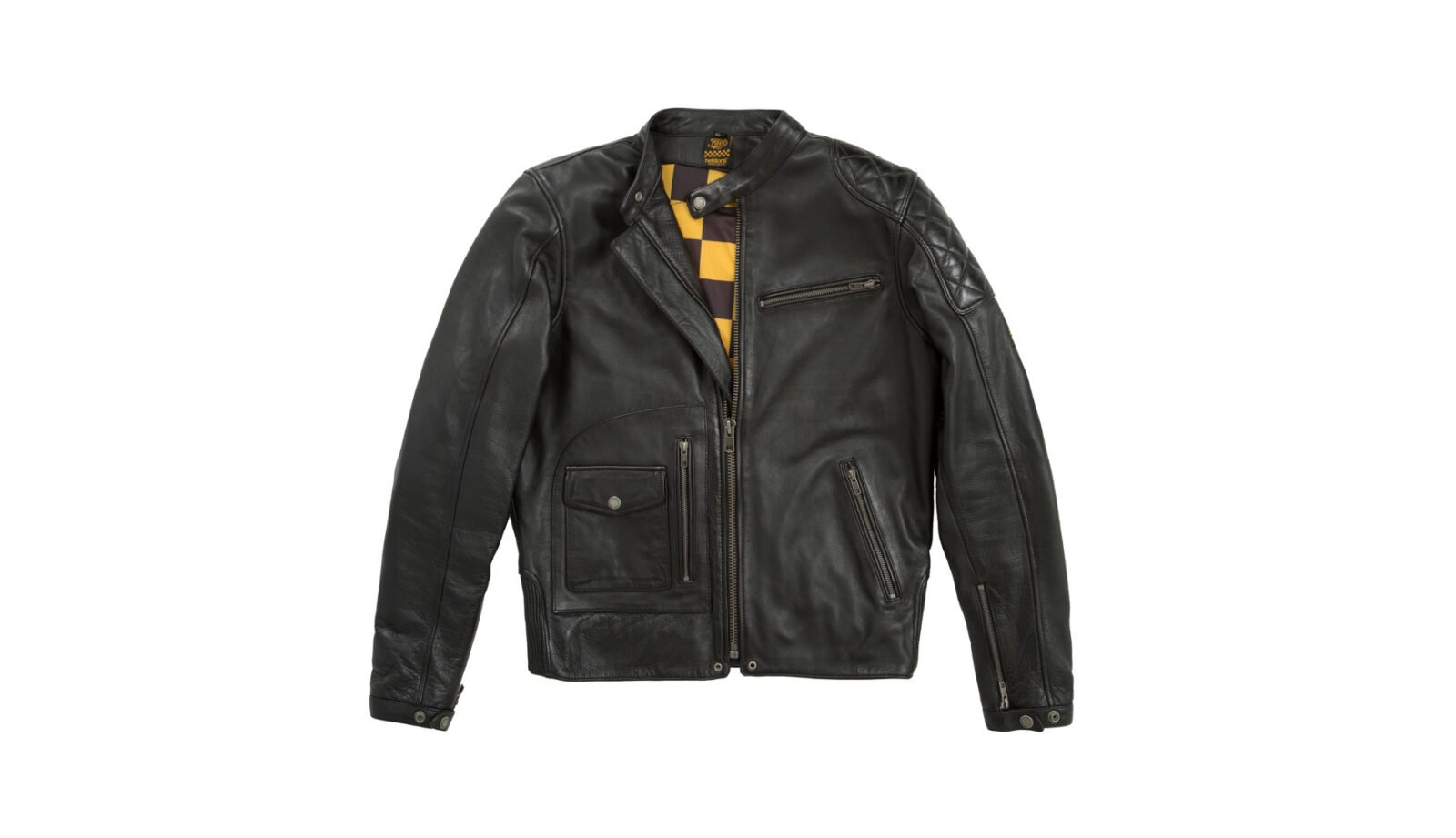 The new Dirt Track motorcycle jacket was made by the French company Helstons to a design by Fuel Bespoke Motorcycles. The jacket has the unique feature of only having external diamond quilted padding on the lefthand side, as a result of its dirt track racing intentions.

Under the skin, the jacket has a full assortment of left and right shoulder and elbow armor, with a back armor plate – all the armor is made by Smooth Ways® and ships with the jacket. It’s made from full-grain bovine leather (with a thickness of 1.1 mm to 1.2 mm), it can be ordered in two-tone or all-black, and it’s available in sizes from S through to XXL. 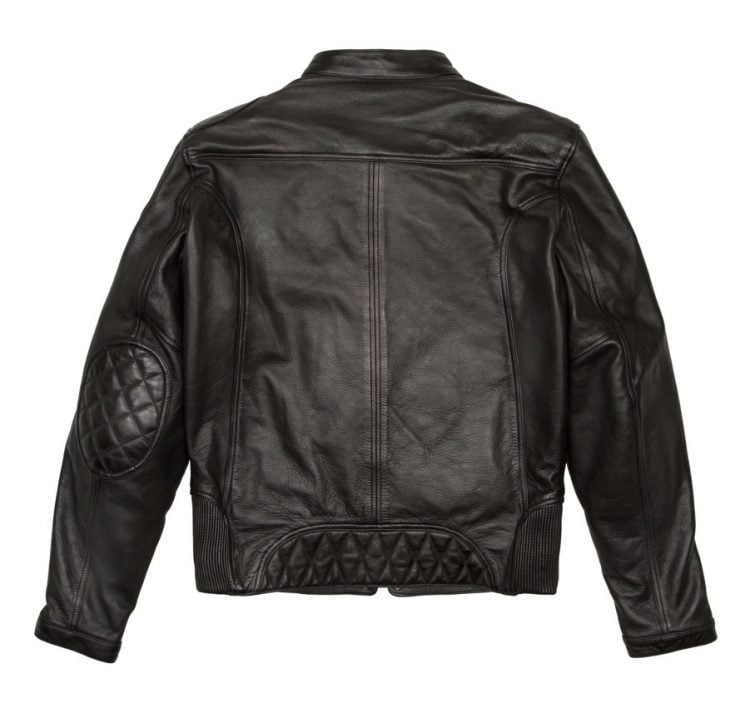 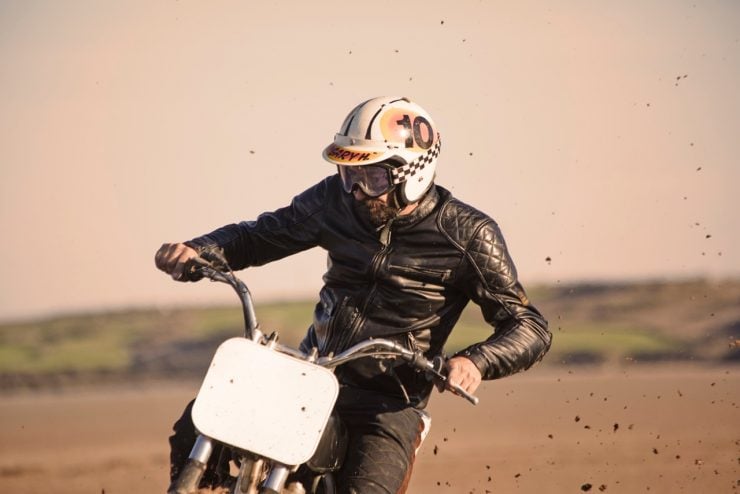 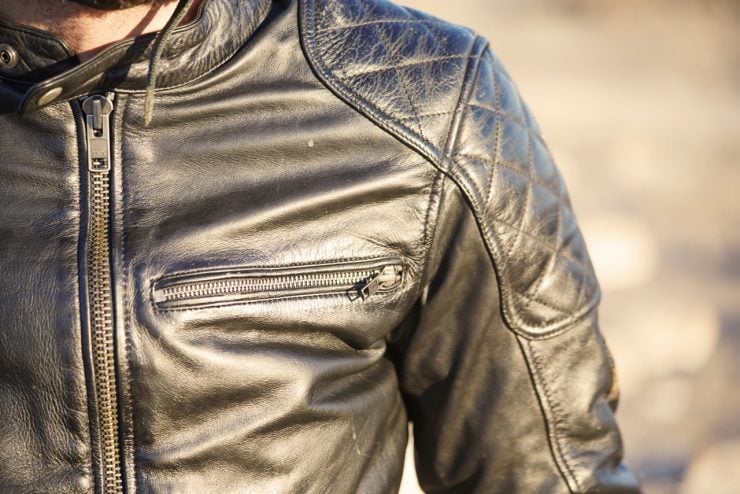 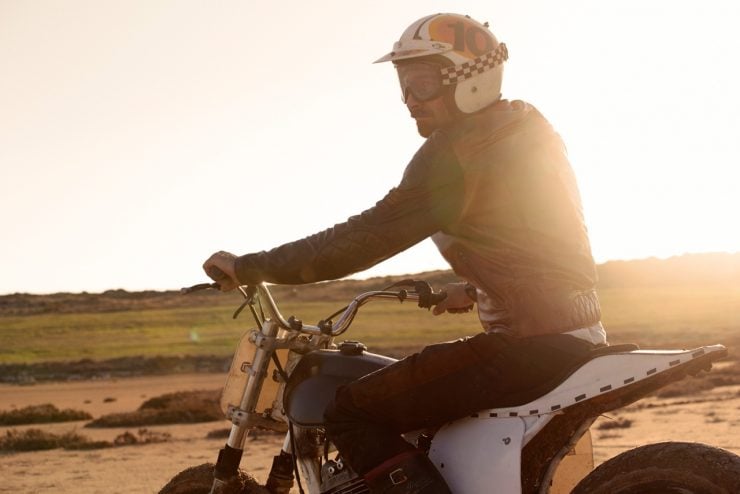 The new Piloti Vittoria driving shoes are the company’s first foray into driving footwear designed specifically for women, after they were inundated by requests from female drivers of classic and performance cars. Over recent years Piloti have become one of the world leaders in the premium driving shoe genre, creating multiple product lines to suit a…

This is the brand new Arrow McLaren Automatic by Omologato, it’s a limited edition watch with just 500 slated for production before the design is retired. The watch was designed to commemorate McLaren joining forces with Arrow Schmidt Peterson Motorsports to compete in the American IndyCar series under the team name Arrow McLaren SP. The Arrow… 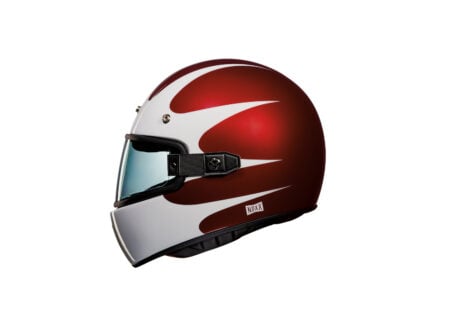 The Nexx X.G100 Southsider is a new motorcycle helmet design from the European company featuring either red or black colorways with classic ’50s Hot Rod-style paintwork. Each Nexx X.G100 helmet has an X-MATRIX shell consisting of multi-axial fibreglass, 3D organic fibres, special Aramid fibres, and carbon reinforcements. It comes in two shell sizes to ensure you…

The new Roue TPS chronograph was developed specifically to offer all the benefits of a modern wristwatch, with the styling cues of traditional racing chronographs from the ’60s and ’70s. The key to the runaway success of Roue has been their ability to offer watches like the TPS, that look like they should cost thousands…

With the Dakar Rally currently underway in Saudi Arabia there’s probably no better time to feature the new Rally Raid Jacket from Barcelona-based Fuel Motorcycles. The team at Fuel are all avid motorcyclists, they started out building world-class custom motorcycles, they then founded the annual Scram Africa Rally, and more recently they began developing their…