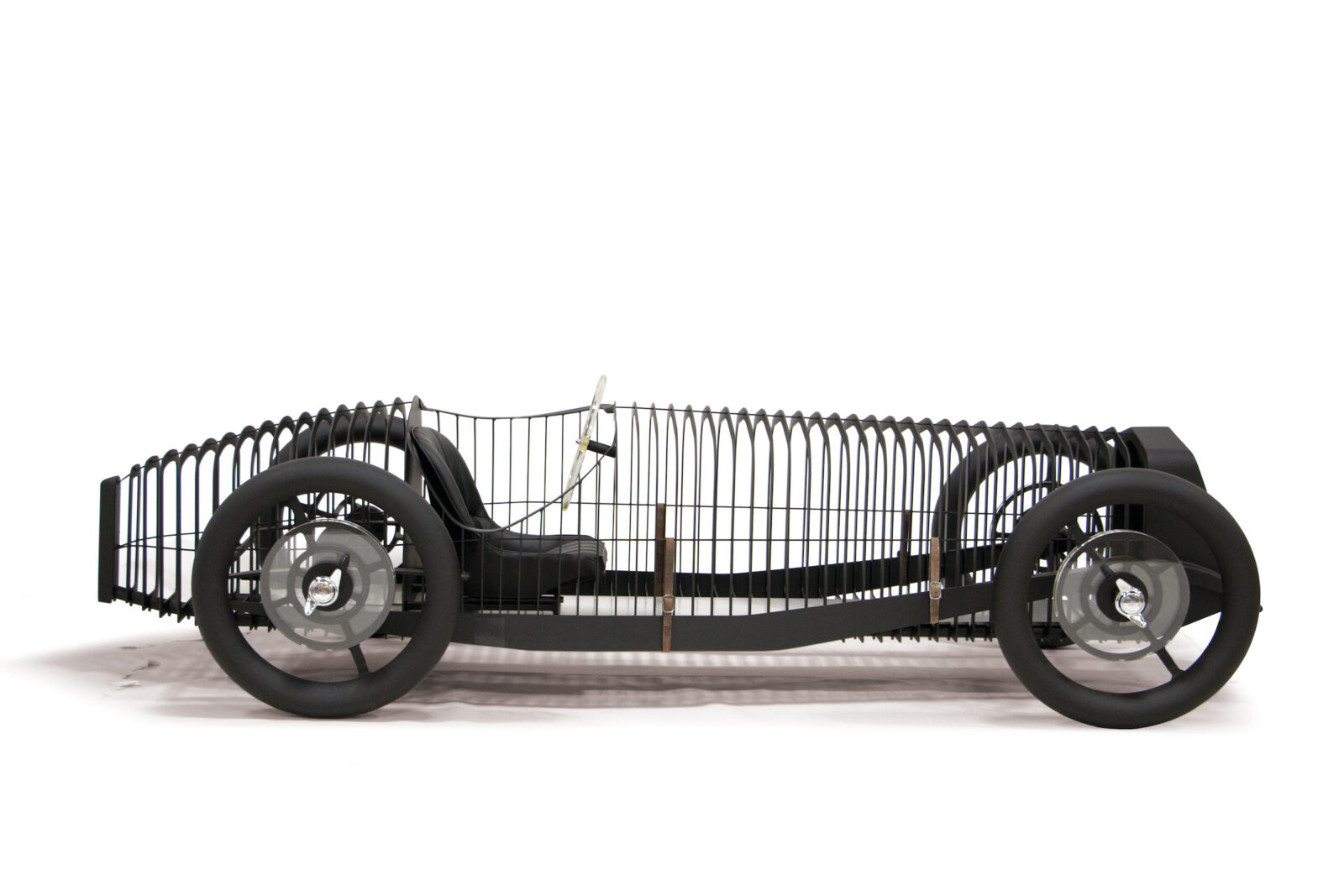 Delage was a French automaker that made a name for themselves building racing cars, before shifting to focus on luxury cars later in the company’s life.

The engineering that went into the Delage Grand Prix cars was amongst the best in the world at the time, their two most famous engines were likely the V12 and straight-8 fitted to their Grand Prix cars of the 1920s. Both engines were staggeringly well designed for the time, featuring double overhead cams, 8000 rpm red lines, a horsepower figures from 110 right the way up to 195.

The sculpture you see here is the work of famed artist Raoul.W. It’s the 3rd in a series of 6 automotive sculptures he has planned on iconic 20th century racing cars. The Delage is constructed from 56 unique sections, each made from steel with a matte black epoxy finish. The wheels and tires have been built to give the illusion of movement, and it measures in at 147″ × 57″ × 40″. 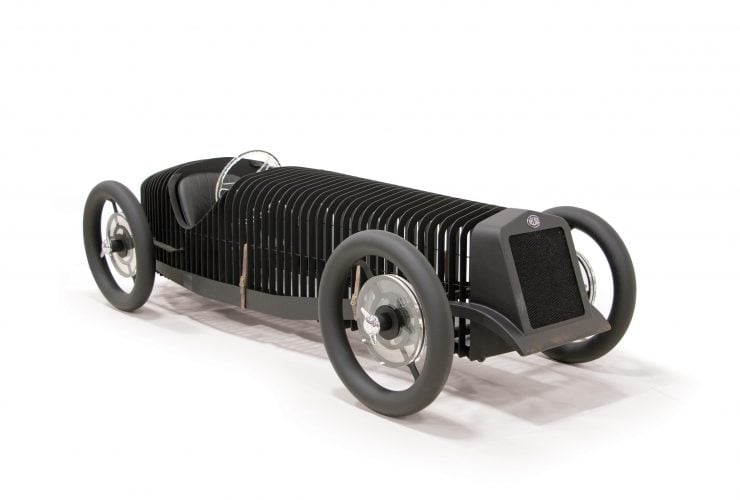 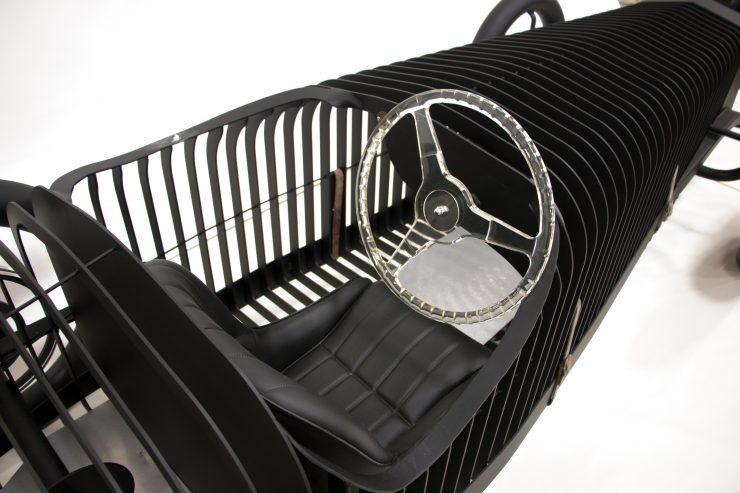 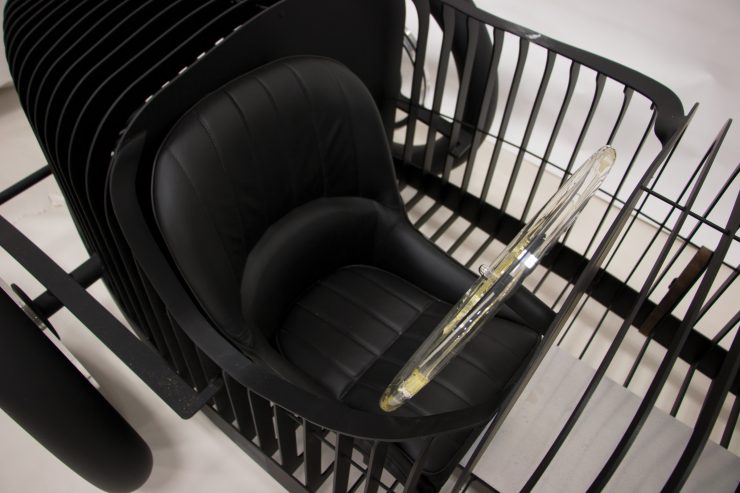 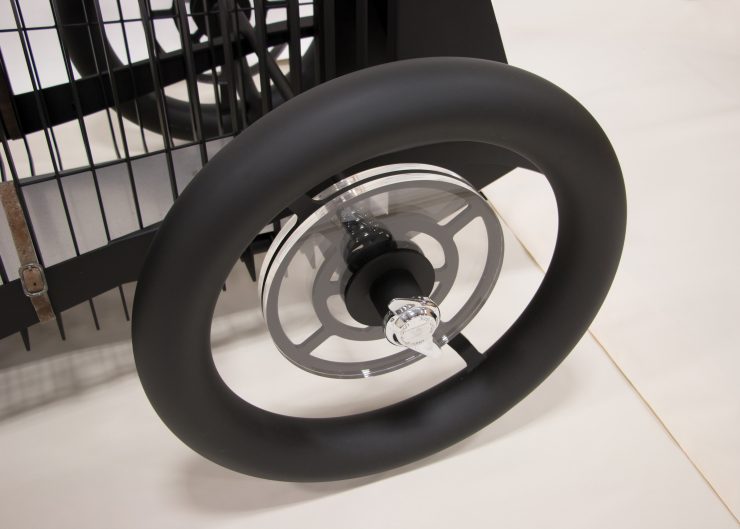 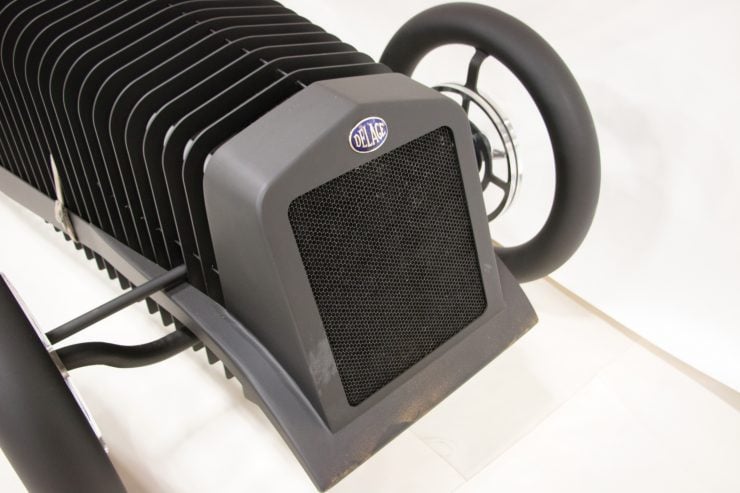 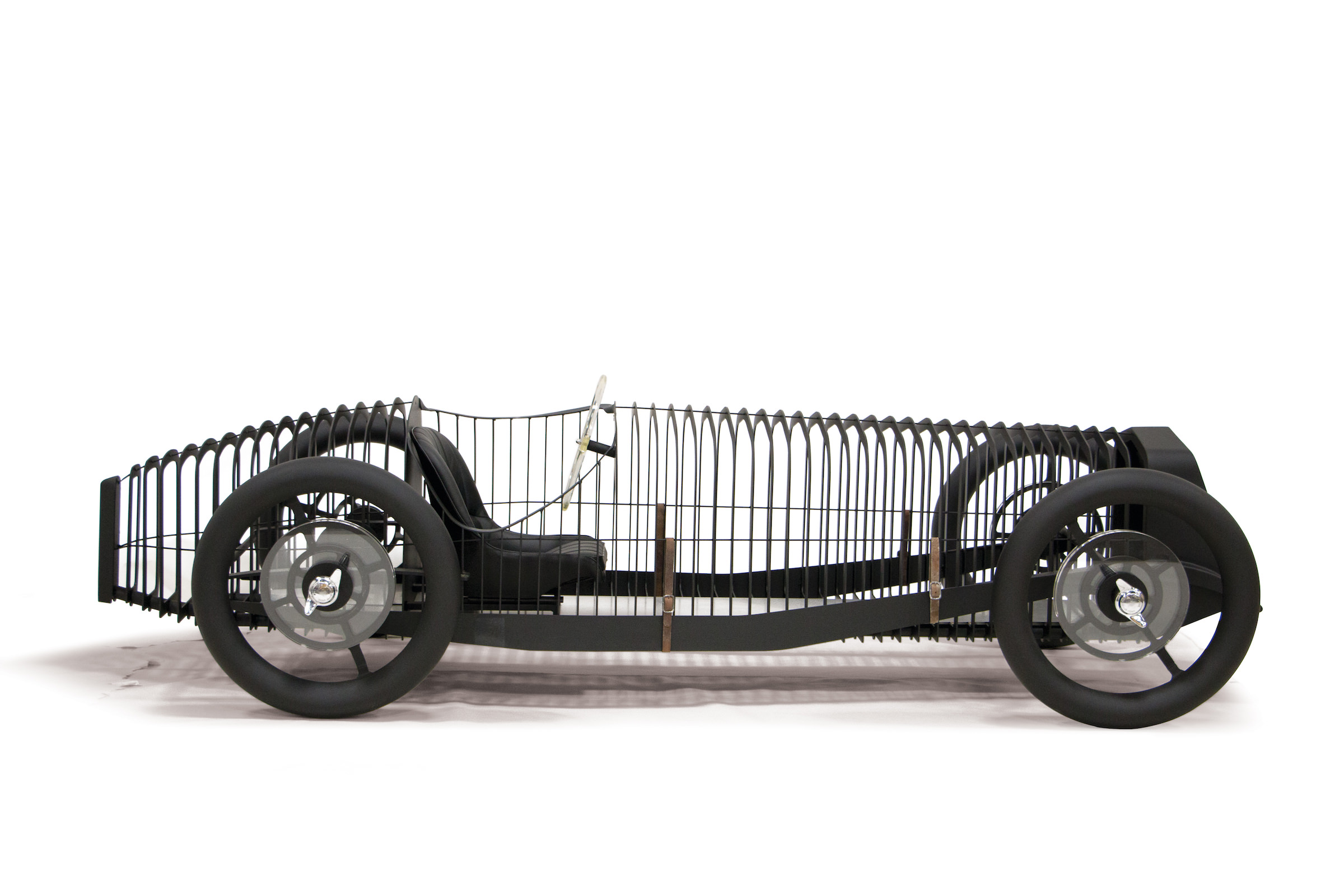 Published by Ben Branch - November 18th 2017
Related Posts
The Only One Ever Made: This Is The Röhr “Tatzelwurm”