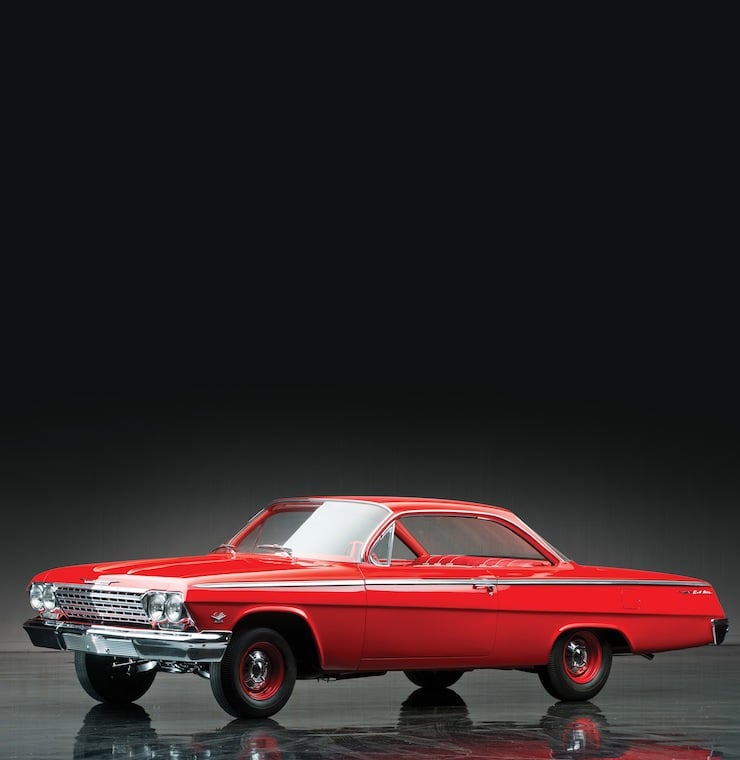 This is a pristine example of the classic 1962 Chevrolet Bel Air Sport Coupe, it’s the car that has the unique distinction of having been immortalised by the Beach Boys song “409” – one of the few successful songs about cubic inches ever recorded.

The ’62 Chevrolet Bel Air Sport Coupe was commonly known as the “Bubbletop” it came with 5 engine options with the top-end being the one pictured here – a 409 cubic inch V8 engine with 420 ft/lbs of torque and 409 horsepower capable of pushing the car to a 1/4 mile time of 12.84 seconds.

The Sport Coupe went on to become respected as one of the quickest American made cars on the road in the early 1960s, the Chevy 409s dominated drag strips and race tracks across the country. The most famous duo running a 409 was almost certainly Bill ‘Grumpy’ Jenkins and Dave Stickler, with Bill doing the tuning and Dave doing the driving they made an almost unstoppable team during the early years of A/FX racing. 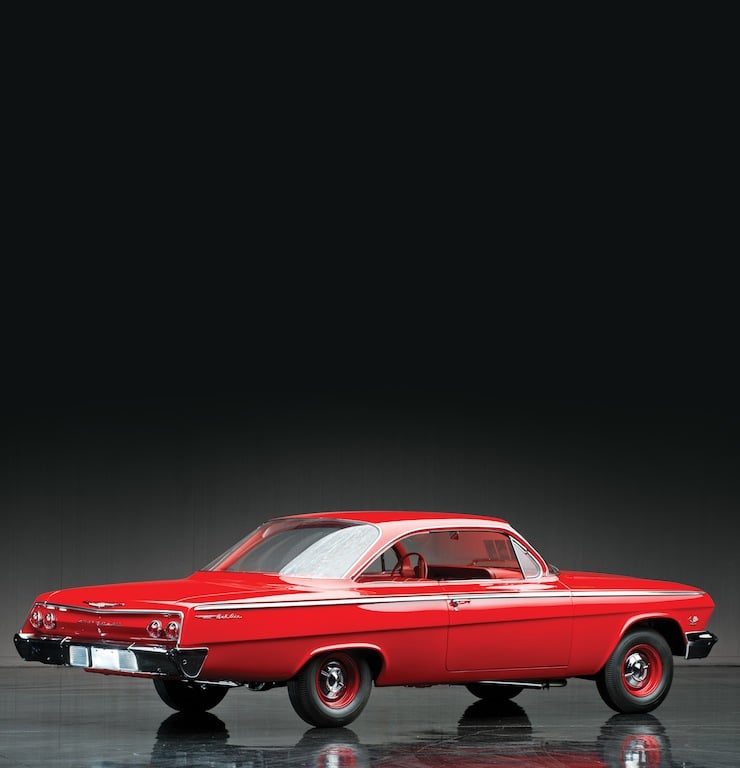 The 409 V8 was fitted with solid valve lifters, dual 4-barrel carburettors and it powered the rear wheels via a 4-speed manual transmission. The performance of the car led to it gaining a reputation as “the ultimate sleeper”, even standard specification 409 Bel Air Sport Coupes were able to wipe the floor with almost any car that was thrown at them.

It’s thought that approximately 600 of the 409 Bel Air Sport Coupes were built in 1962, all of them fitted with 4-speed transmissions and a steering column mounted tachometer. It isn’t known how many of the original cars survived to the current day, the ones that have survived have seen a significant increase in value over the past few years and examples like this fire engine red model that are in immaculate condition are valued at between $80,000 and $100,000 USD.

If you’d like to get your right foot onto the 409s go-pedal you’ll need to register with RM Auctions for the auction of the Don Davis collection on the 27th of April 2013, if you’d like to view the official listing of the Sport Coupe, you can click the link here. 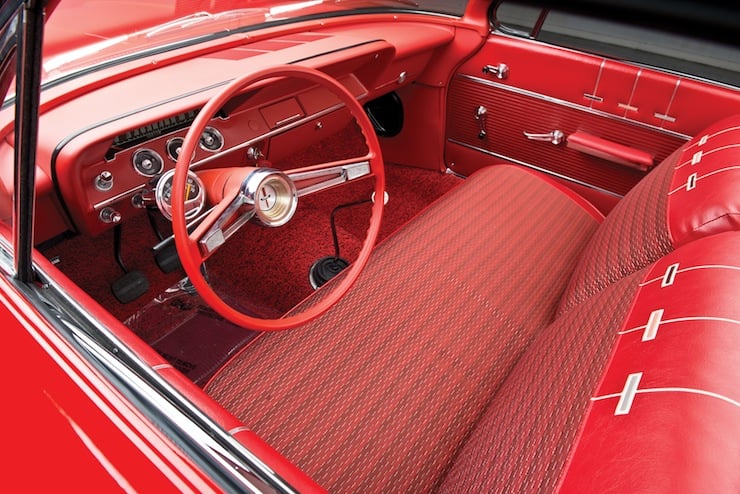 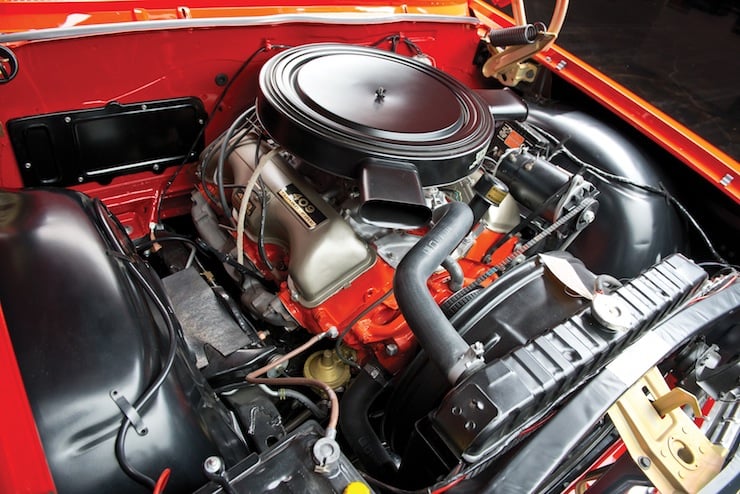 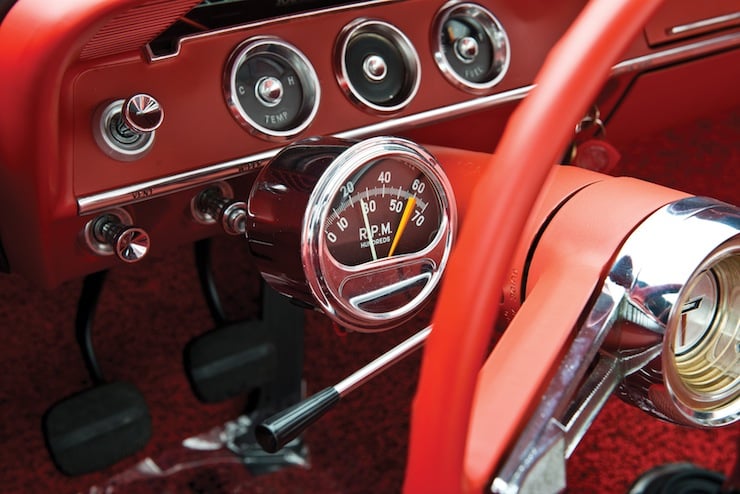 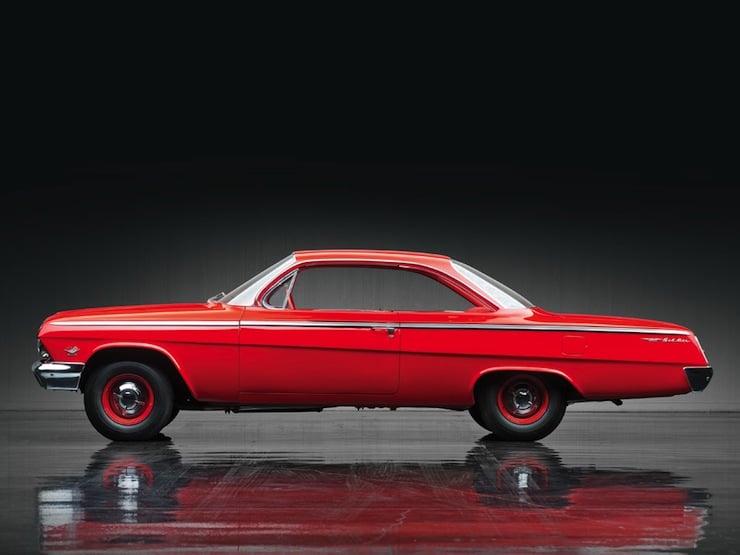