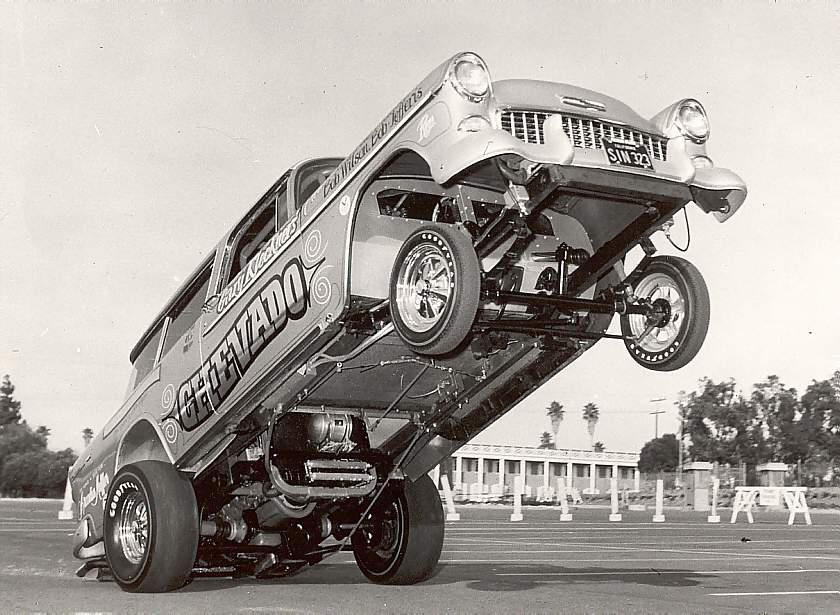 If you’ve ever been curious to see the underside of a vintage drag racer, we’ve got you covered. Sadly we don’t know much about the Chevado other than the fact that it has a rear-mounted V8, leaf spring front suspension, no clearly visible rear suspension and a set of gloriously retro Goodyear drag racing tires.