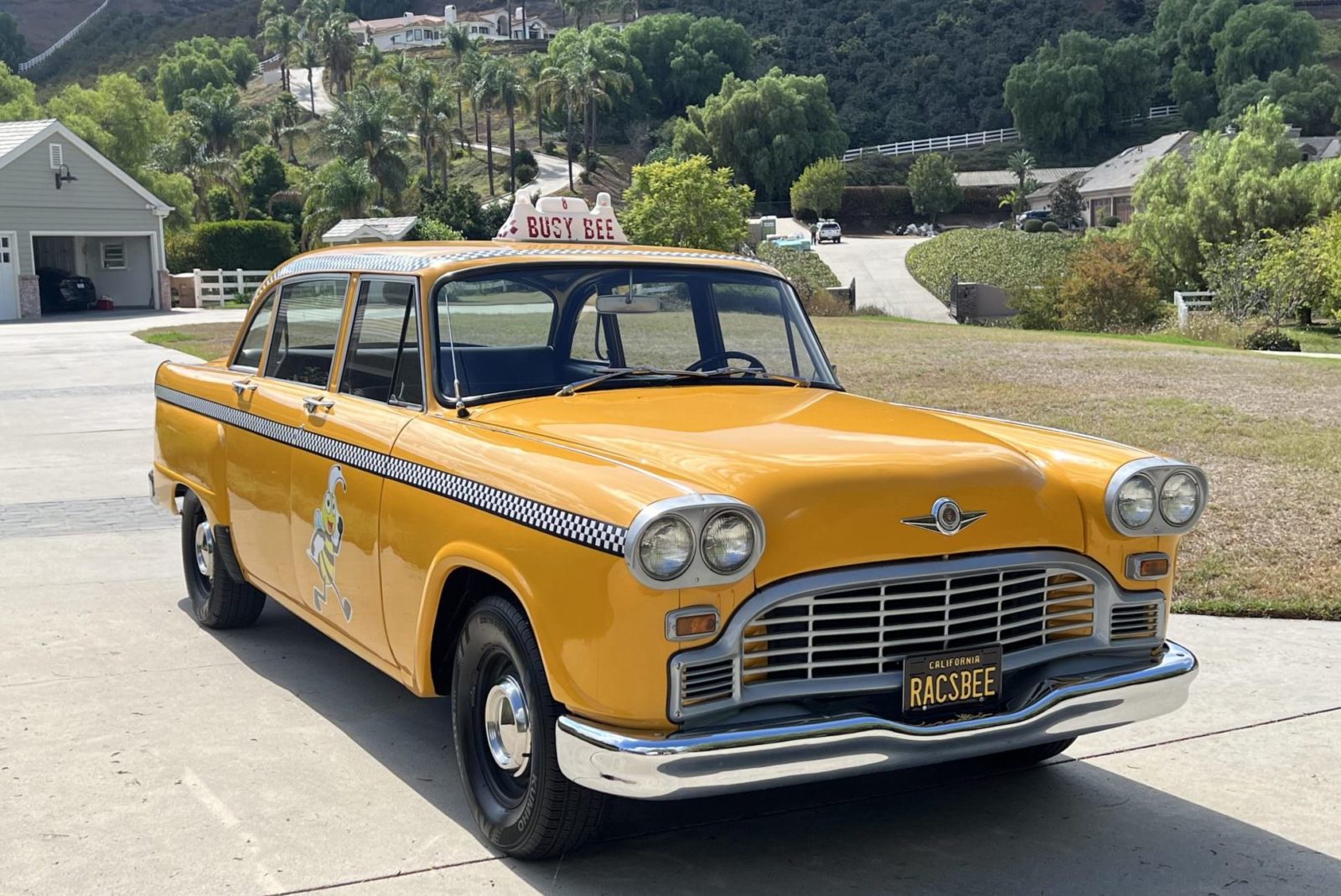 This 1969 Checker Marathon has been fitted with a 307 cubic inch Chevrolet V8, a 4-speed (on the floor) manual transmission, and a full exterior “Busy Bee” taxi livery including an illuminating roof light.

The Checker Marathon and the Checker Taxi were very closely related, in fact they’re essentially identical, with the Marathon intended for use by regular American families and the Taxi being destined for fleet taxi operators – mostly in New York.

The Arrival Of The Checker Taxi Cab

Motorized taxi cabs first began to appear on American city streets in the early 1900s and for many Americans at the time, a ride in one of these taxis would be their first ever experience in an automobile.

Above Film: This documentary takes a deep dive into the history of Morris Markin and the Checker Motors Corporation.

One of these early operators is the Checker Motors Corporation, a company with a fascinating history that dates all the way back to 1922.

Originally founded by Morris Markin in Chicago the company produced a slew of automobile designs both before and after World War II, but it would be the 1959 Checker Taxi that would make the company a globally recognized brand – even today 39 years after the model left production.

The styling of the Checker Taxi was largely left alone during its 20+ year production run, however there were small changes made here and there and marque experts can often identify the exact year of a car by its bumpers, lights, exterior trim, and other features.

Construction was relatively straightforward, with a body-on-chassis design and a front-mounted engine sending power back to a live axle rear end. A significant number of engine and transmission options were offered over the years from inline-sixes up to larger capacity V8s, with both automatic and manual transmissions available depending on the model year.

The large doors, ample space in the rear passenger compartment, the ample trunk space, and the general tank-like toughness of the Checker Taxi endeared them to generations of cab drivers and passengers. 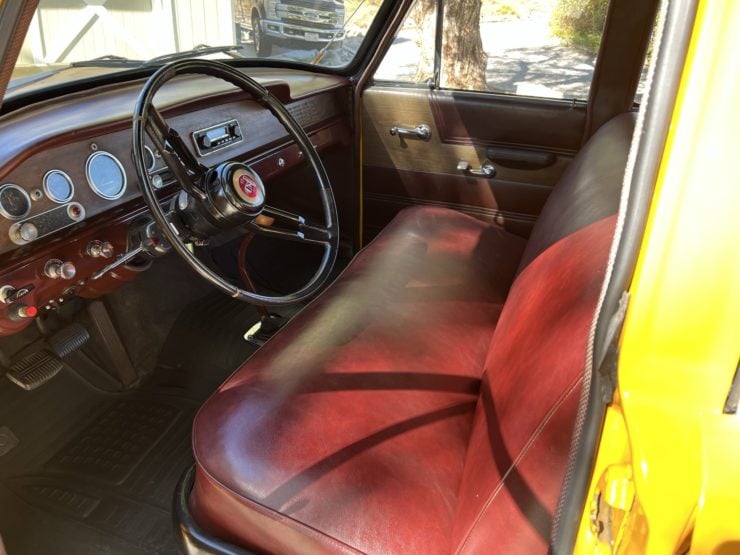 Inside you’ll find front and rear bench seats, with two additional folding jump seats which allowed for up to five to sit in the rear.

Today there are many surviving Checker Taxis and there’s a thriving enthusiast movement dedicated to them and their Checker Marathon siblings.

Prices on the open market can vary from $10,000+ on the lower end to $20,000+ for excellent examples, owners report that the only downside is being constantly stopped by people who want to take pictures.

The Checker Marathon was directly based on the Checker Taxi, but it was aimed at regular Americans rather than fleet buyers. It was offered in both four door sedan and four door station wagon body styles, though there were some less common six-door 9-seat and eight-door variants, as well as the 12-seat “Aerobus.”

Despite the fact that many are unaware of the existence of the Checker Marathon as a standard passenger car they remained in production from 1960 until 1982.

The Marathon found a loyal base of buyers who liked the toughness of the design, as well as the fact that very few design changes were made over the years when compared with more common American passenger cars. 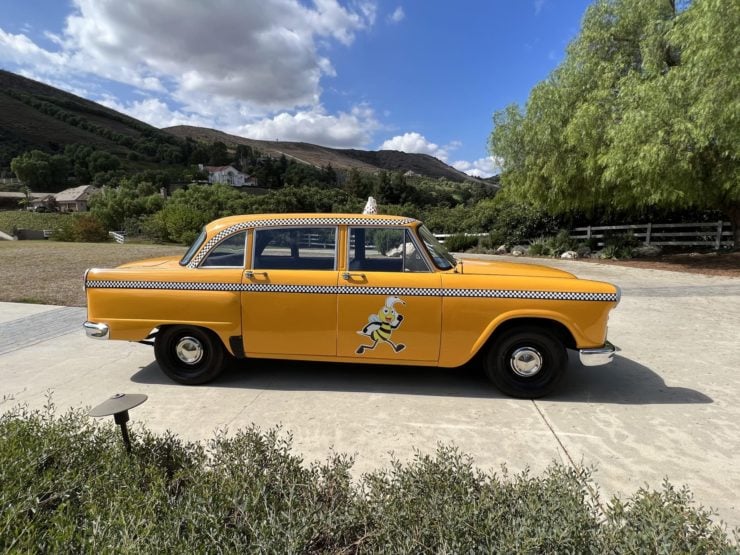 The car is finished in classic yellow with checker stripes down the sides, a “Busy Bee” logo on the door, and an illuminating roof light.

Due to the fact that Marathons were typically non-fleet operator owned they usually led much less brutal lives than their Taxi siblings and as a result quite a few of them have avoided the wrecker’s yard.

As mentioned further up the Checker Marathon you see here has been given the full period-correct taxi cab treatment, in this case for the “Busy Bee” taxi company.

It’s finished in classic taxi yellow with the distinctive white and black checker pattern down the sides, it also has an illuminating roof light.

The listing notes that the previous owner swapped in a 307 cubic inch Chevrolet V8 and a 4-speed (on the floor) manual transmission, and it’s worth noting that the Chevy 307 is actually a period-correct choice for a 1969 Marathon – it’s the engine the Checker Taxis used as well.

If you’d like to read more about this Checker Marathon or register to bid you can visit the listing here. It’s being offered for sale on Bring A Trailer out of Camarillo, California and it comes with service records from current ownership and a clean California title in the seller’s name. 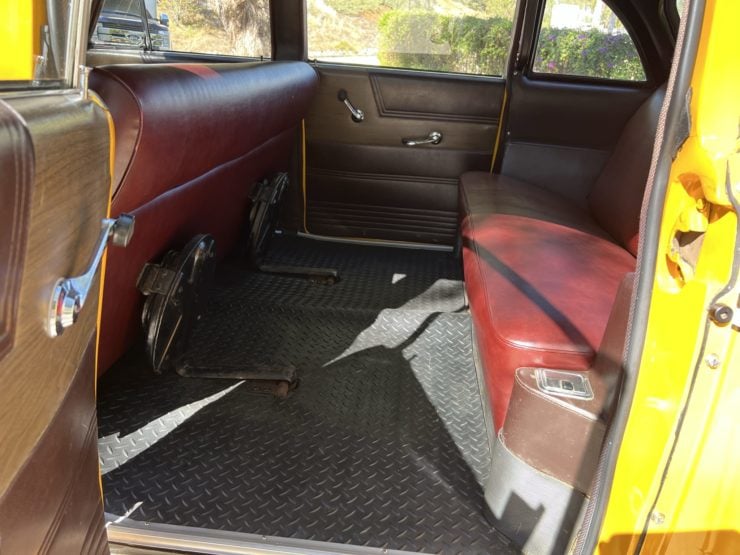 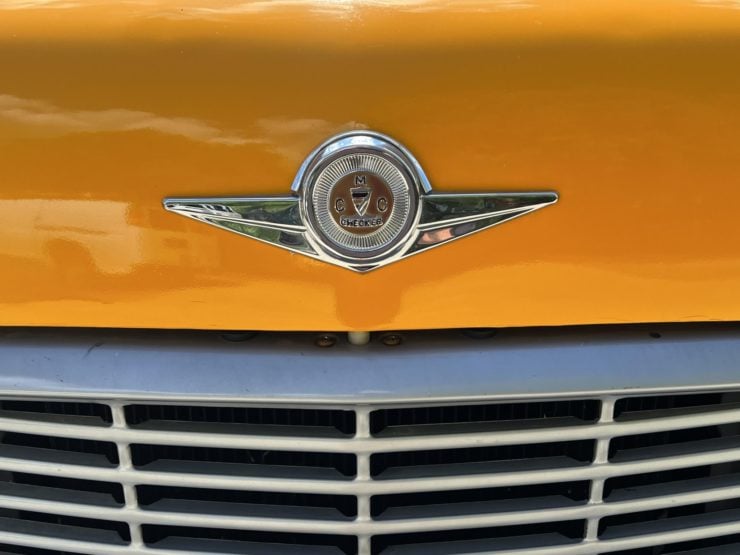 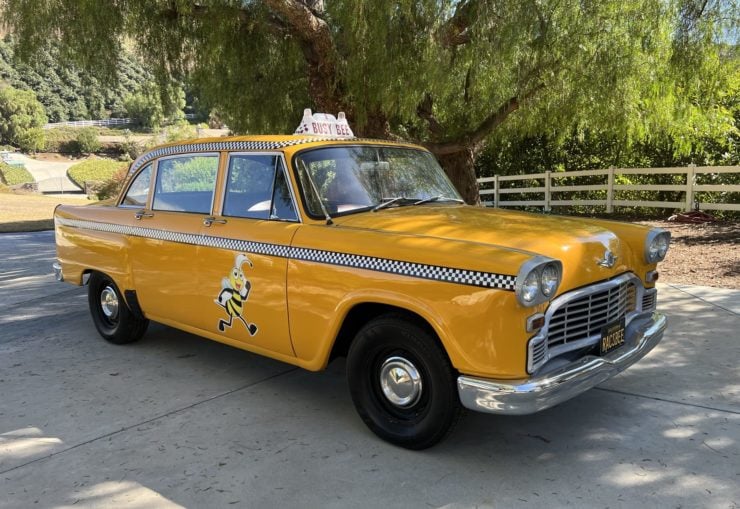 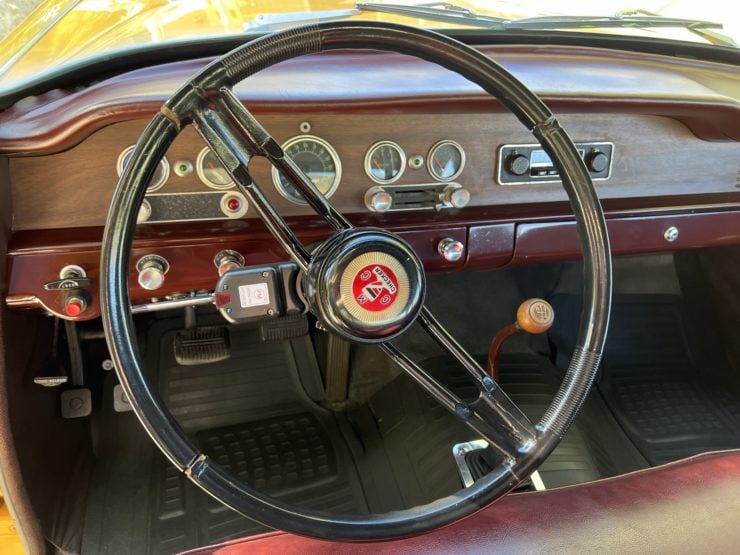 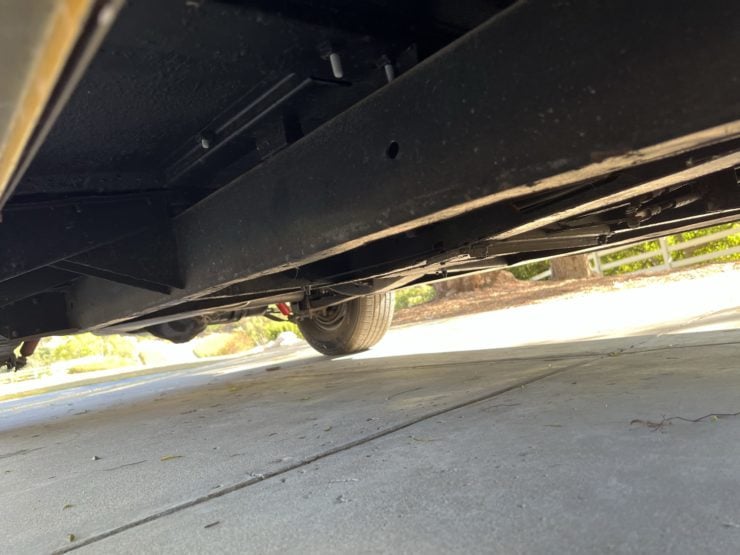 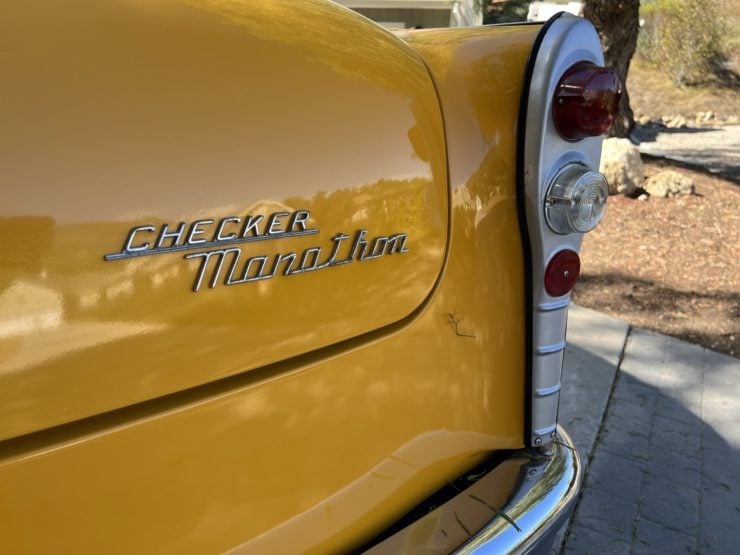 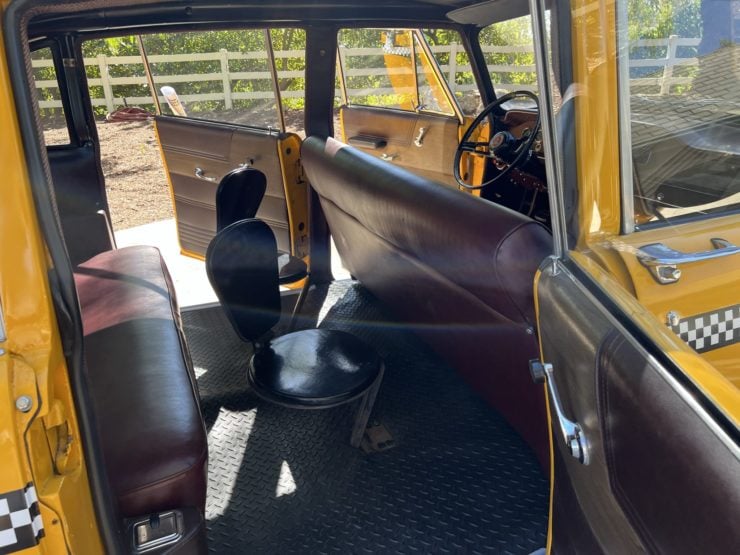 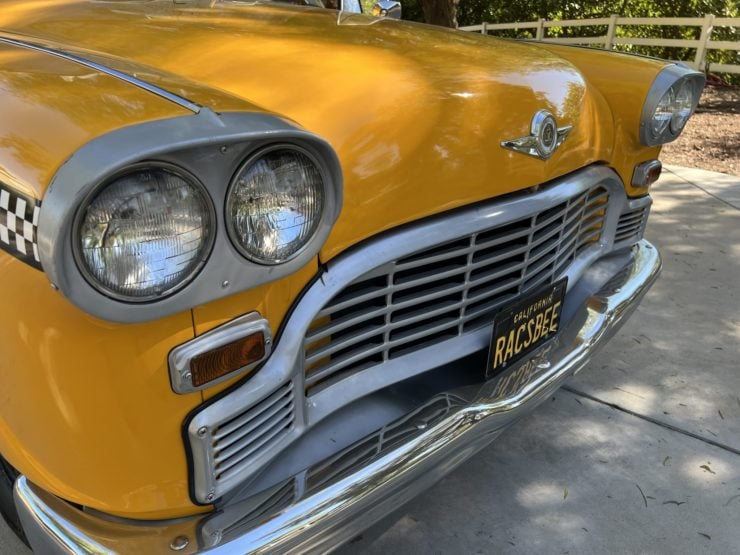 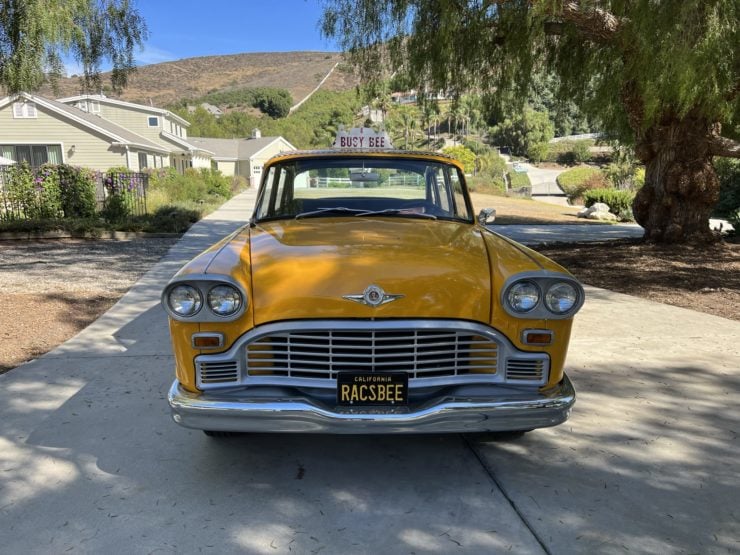 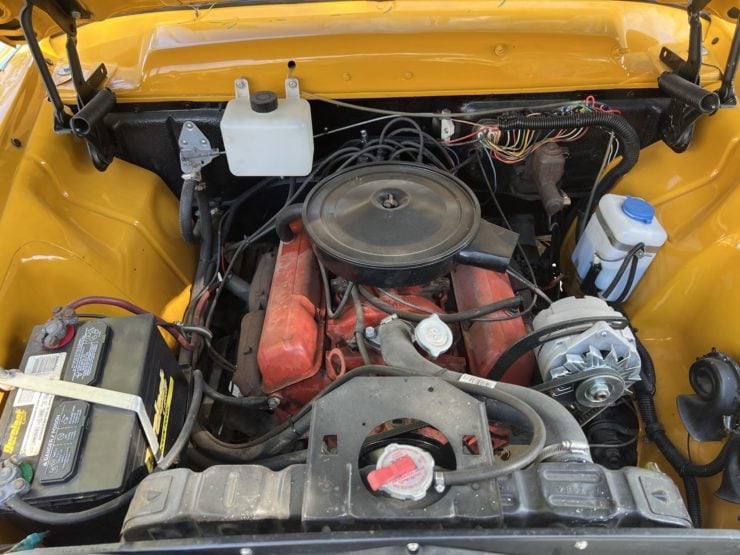 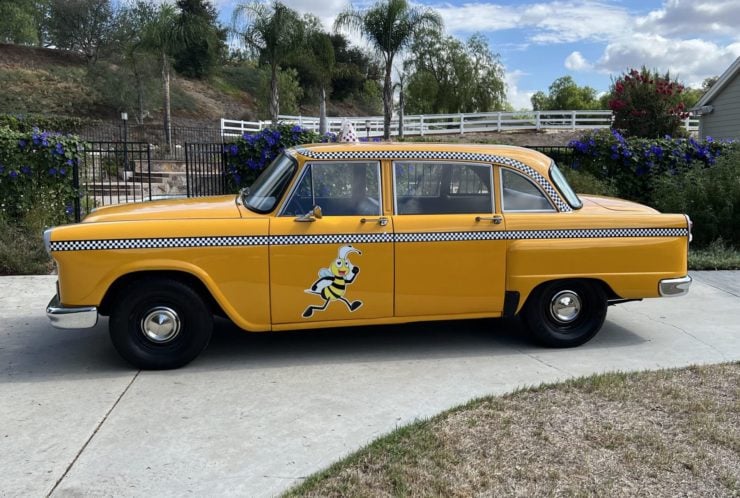