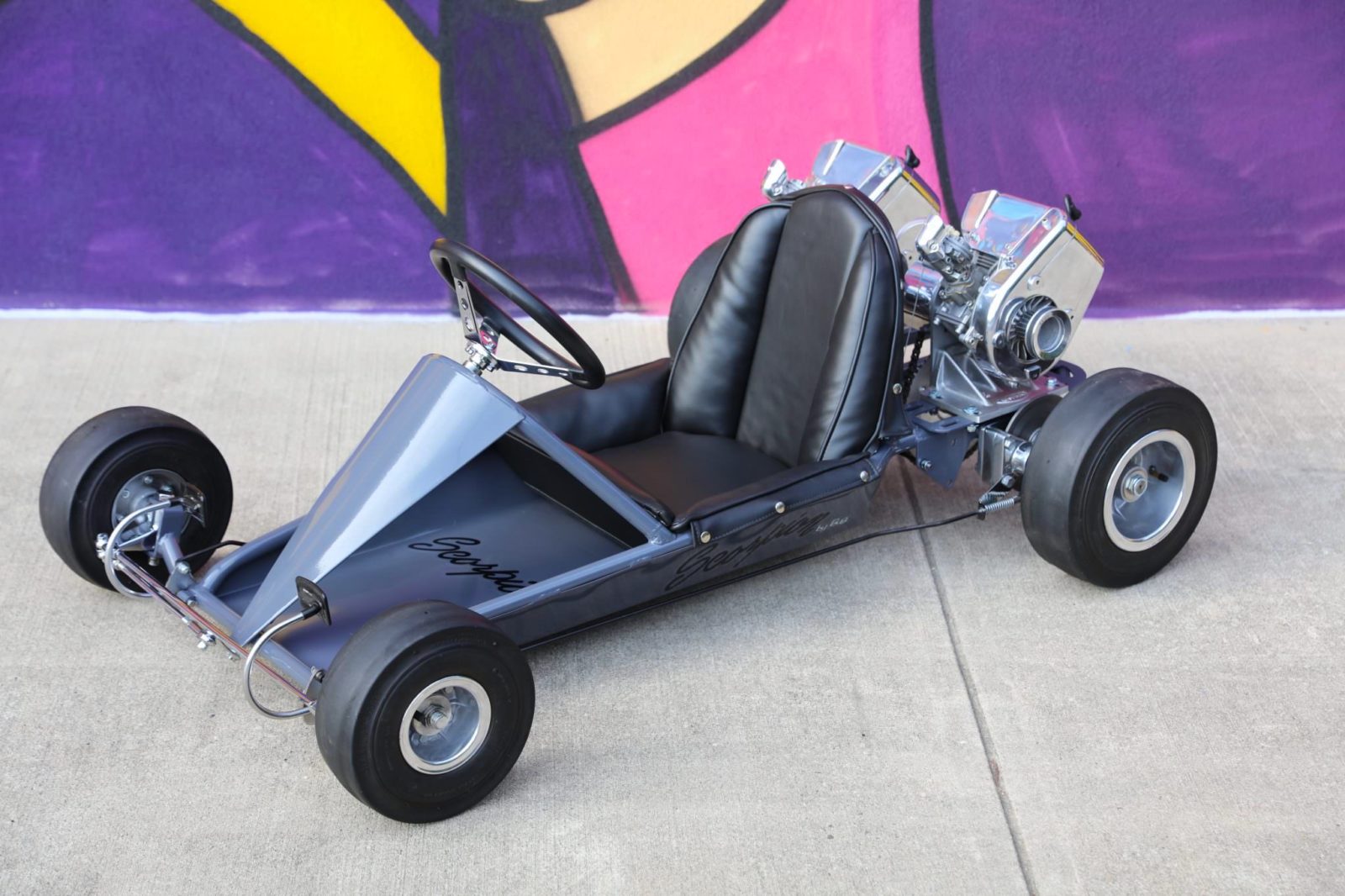 This 1962 Bug Scorpion Go-Kart is fitted with two engines, both 134cc (8.2 cubic inch) West Bend 820 two-stroke singles, giving the kart a total displacement of 268ccs – more than enough to get you onto the leaderboard at the local kart track.

Bug Engineering began manufacturing go karts back in 1958, the company was founded by Faye “Lady Bug” and her husband Tom Pierson. The company was later renamed K&P Engineering, it would go on to become the world’s oldest kart manufacturer.

As the story goes, Bug Engineering was named almost by accident. Company founders Faye and Tom Pierson had been struggling to find a suitable name for their new go kart manufacturing venture but nothing seemed to fit. In a fit of frustration Faye said that it was really bugging her, the two laughed and settled on using Bug as the company name. 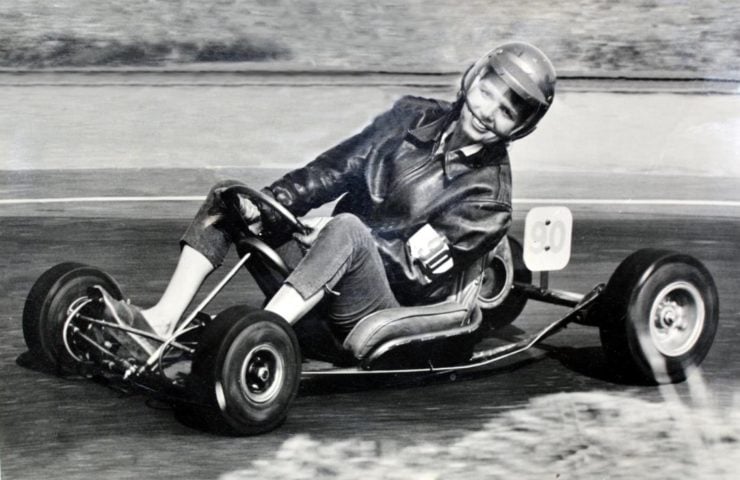 This undated photograph shows Faye “Lady Bug” Pierson piloting one of her own karts. She became one of the best female kart racers in the country, a natural talent she joked was developed in her previous job of delivering newspapers by van.

Faye and Tom grew their company rapidly, it was soon renamed K&P Engineering however many would always refer to it by its original name. Karting took off in popularity in the 1960s and no company was better positioned to take advantage of it.

K&P grew into a large purpose-built factory, they were manufacturing a slew of models, and karts built by them won countless races and championships over the decades.

A report in the 1960s noted that the company was manufacturing 320 karts per day, an astonishing number that would place them among the largest kart manufacturers in the world, if not the largest outright.

The company remained a major force in the American karting world for decades. Sadly Tom would pass away in 2000, Faye kept running the company with the help of her sons Tommy and Jon until 2014.

The kart you see here is a little more special than most, and it would be notably quicker than many of its peers from the 1960s thanks to the dual motor set up in the rear. 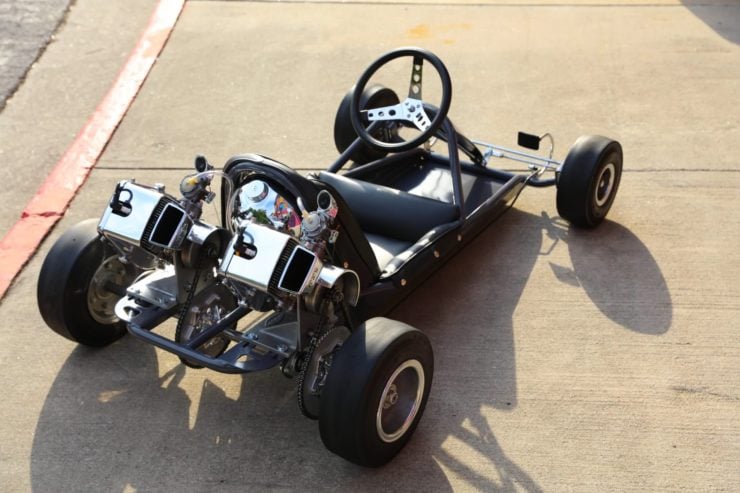 This Bug Scorpion Go Kart with its unusual twin-motor set up was restored in 2021.

Each of the two engines is an essentially identical 134cc (8.2 cubic inch) West Bend 820 two-stroke single-cylinder unit, as mentioned earlier on the total displacement is 268cc which is nothing to sniff at in such a small and lightweight vehicle – particularly when talking about two-strokes.

Slowing down is accomplished with a single Airheart disc brake, it’s fitted with a 5-quart seat-back fuel tank, and it has 4″ and 6″ cast-aluminum wheels.

This Bug Scorpion was restored in 2021 and now presents in good condition throughout. If you’d like to read more about this unusual vintage kart or place a bid you can visit the listing on Bring A Trailer here. It’s being offered for sale out of Roswell, Georgia. 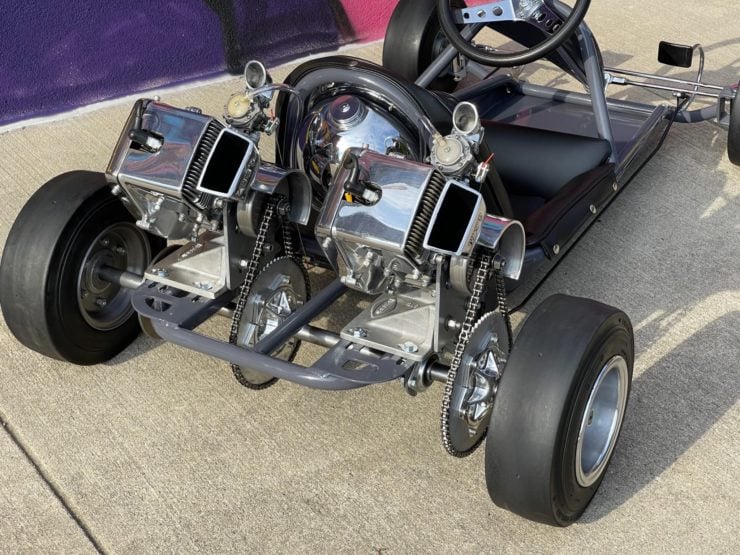 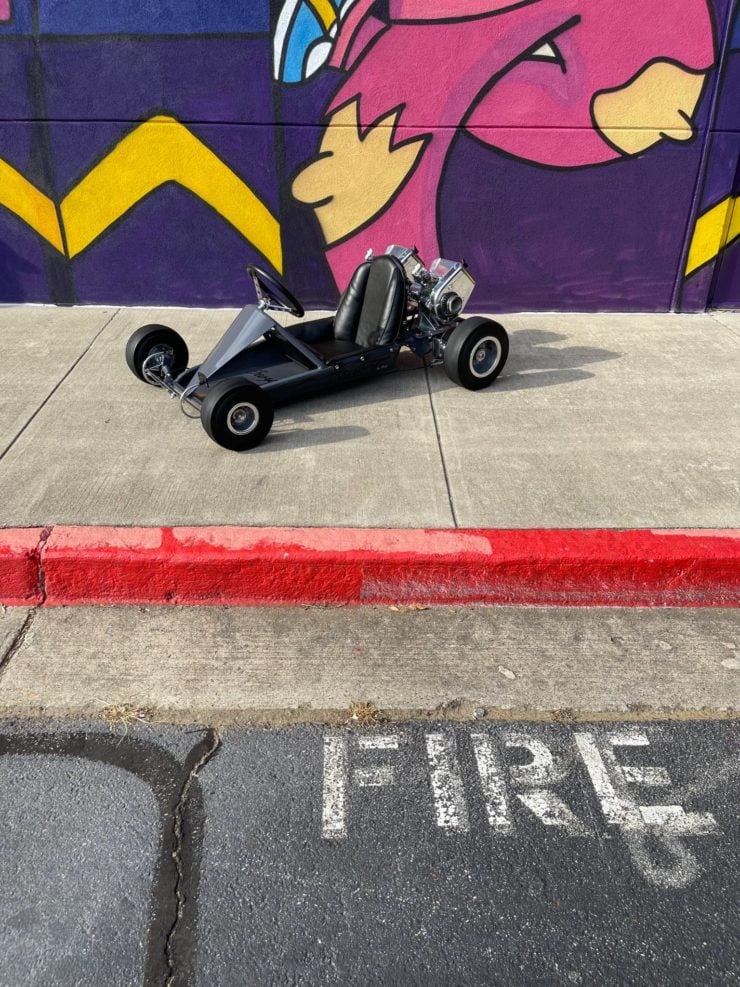 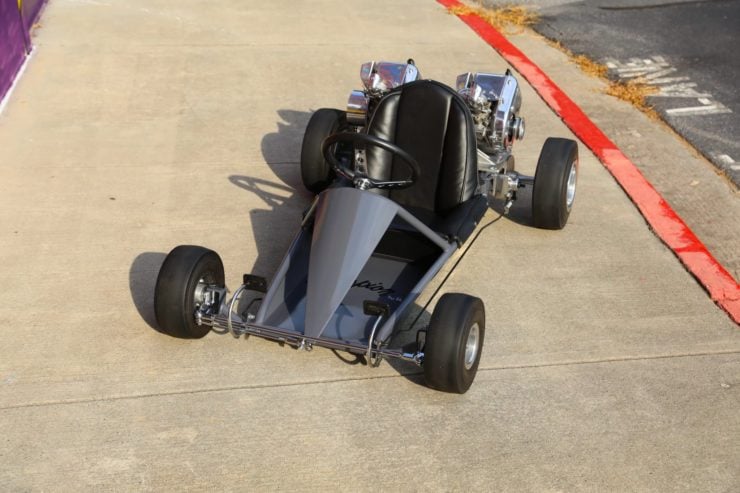 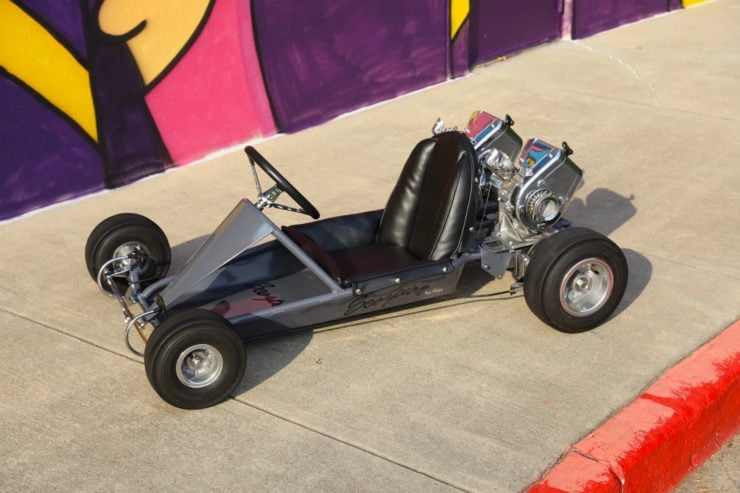 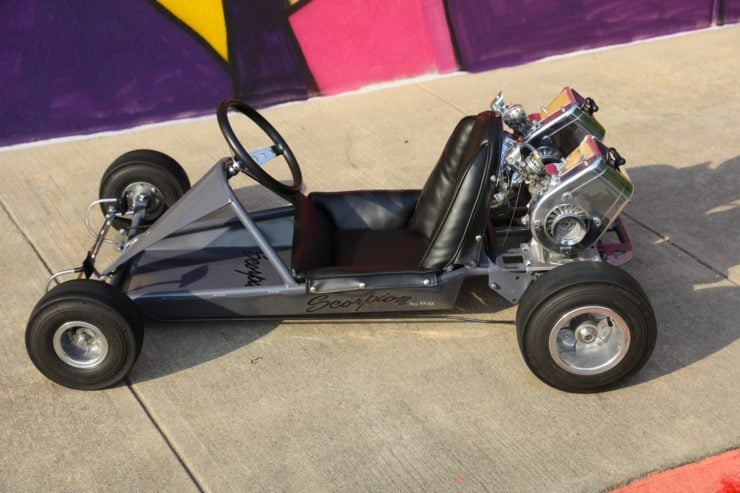 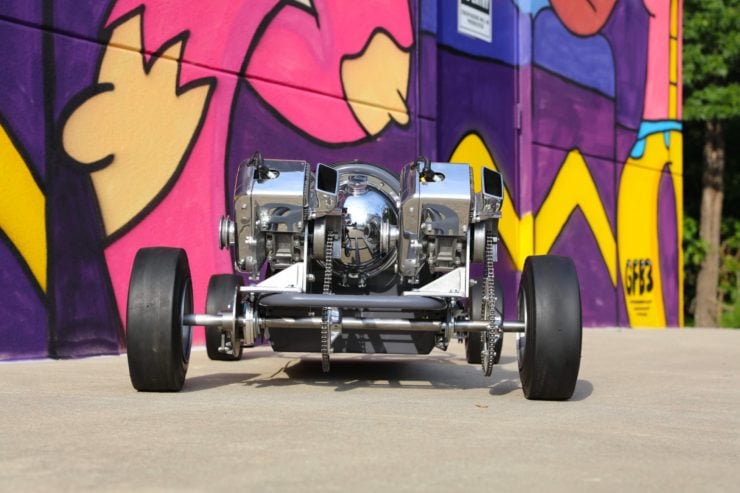 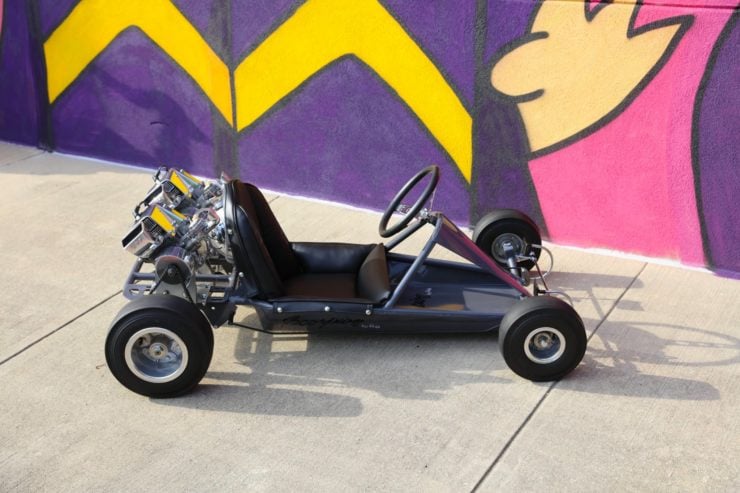 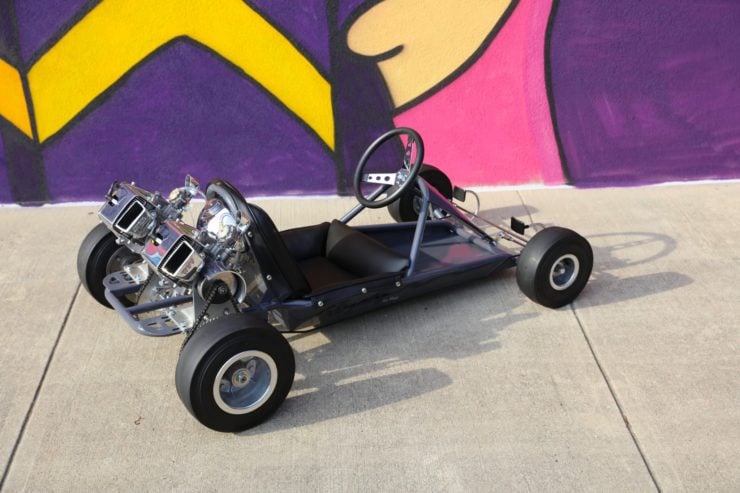 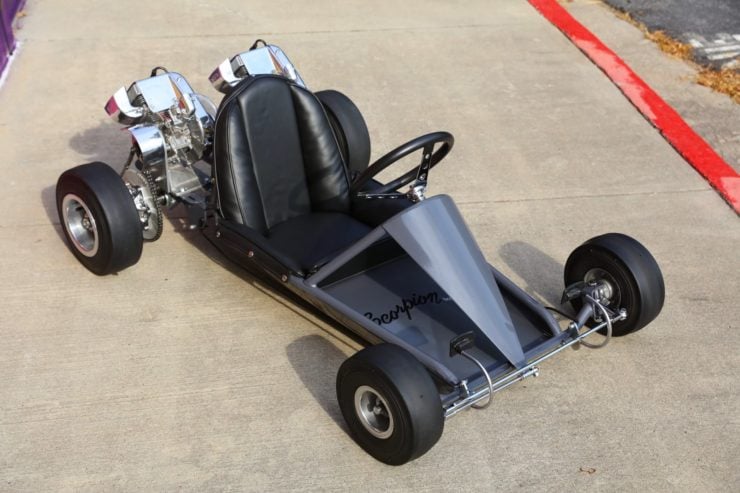 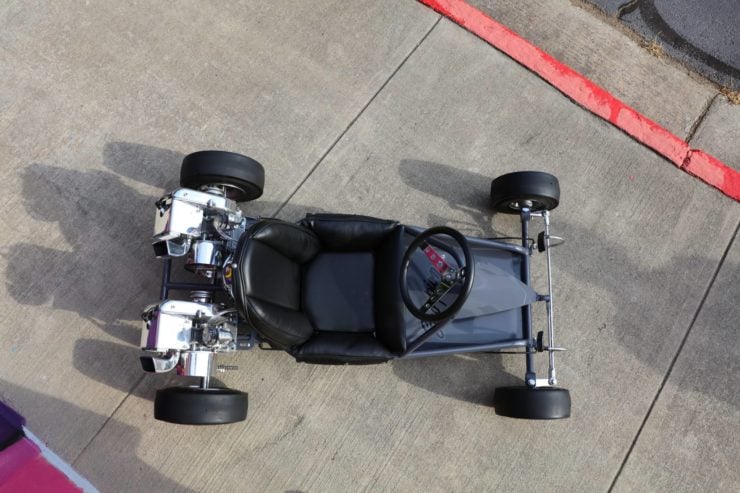 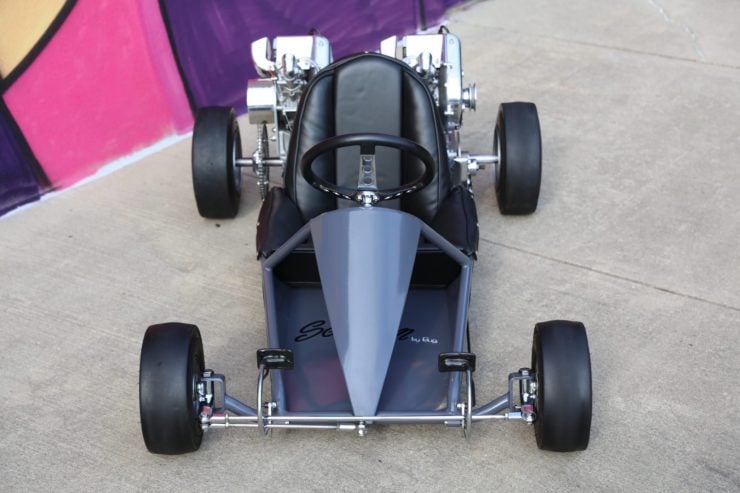 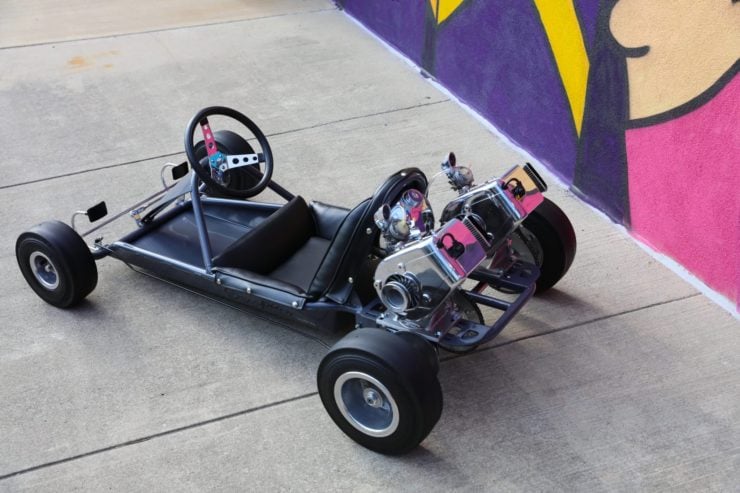 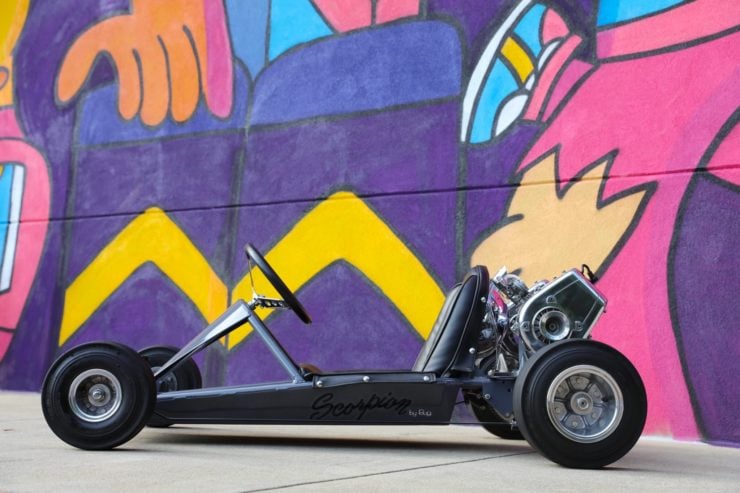 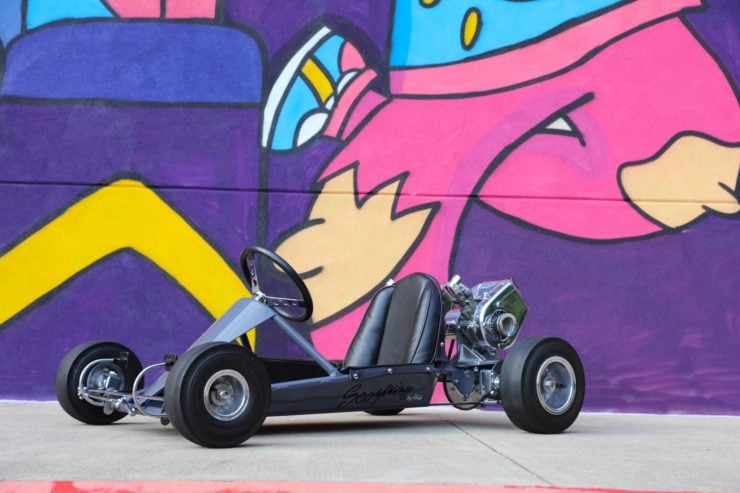