The Brütsch Mopetta is an interesting historical curiosity, only 14 of the microcars were ever made and even though there were some negations with Opel, nothing came of the talks and sadly the car never saw a production run.

Originally designed and built in a single day by Egon Brütsch in 1956 the Brütsch Mopetta is a 2-stroke, 50cc 3 wheeler with a top speed of 30mph and enough seating room for one man, his flap cap and his pipe.

It isn’t hard to imagine the Mopetta taking on icon status in much the same way that the Messerschmitt, Goggomobil and Peel Trident did in the 1960s. If you’re taken with the style of the Mopetta, there is a small company called Andy’s Modern Microcars that’ll build you almost any microcar you want, or just send you the kit so you can do it yourself.

Read more about the Brütsch Mopetta here via the Microcar Museum. 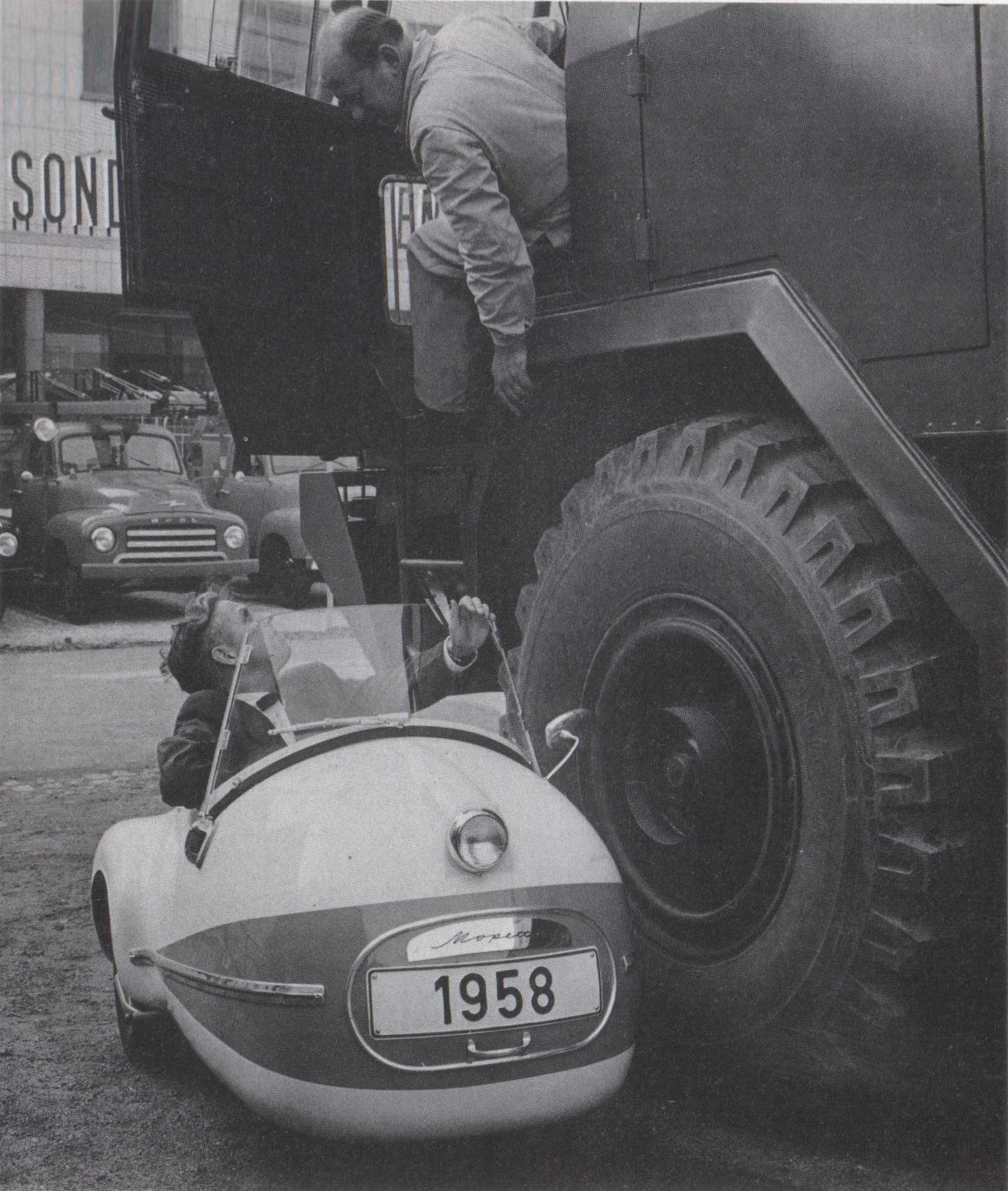