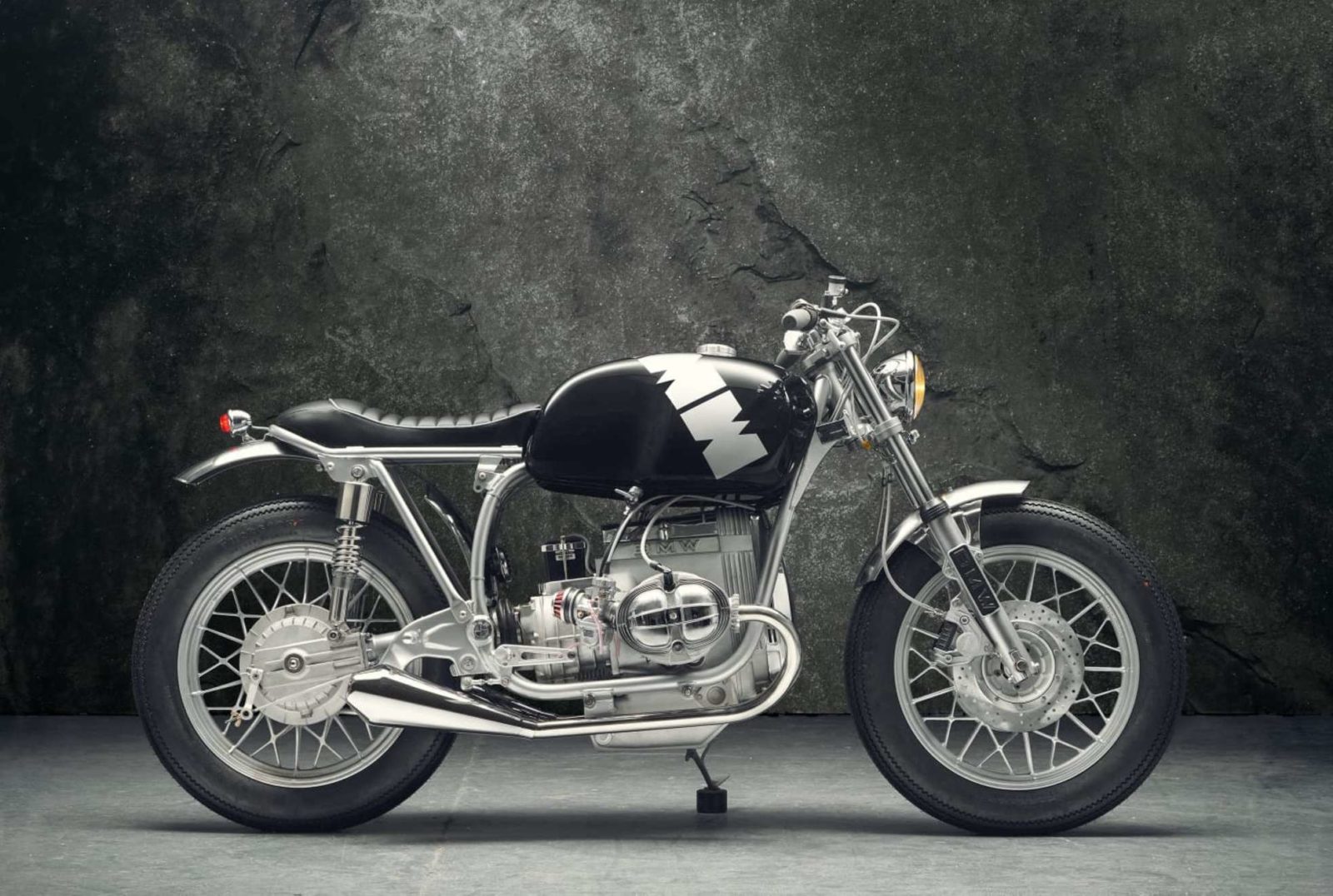 This BMW R65 was custom built by the team at Curiosity Moto, their goal was to simplify and modernize the R65 where possible, to turn it into an excellent middle-weight daily rider.

BMW released the R65 in 1978 as a new model to better compete in the mid-size motorcycle market, it proved popular with buyers and demand on the secondhand market for them is still strong today.

The Origins Of The Legendary BMW Boxer Twin

When BMW first developed their boxer engine they based it (to some degree) on an earlier Douglas boxer twin from Britain. Unlike the Douglas however, with its transversely mounted engine, BMW would go with a longitudinal orientation to get the cylinders out into the clear airflow for better cooling. 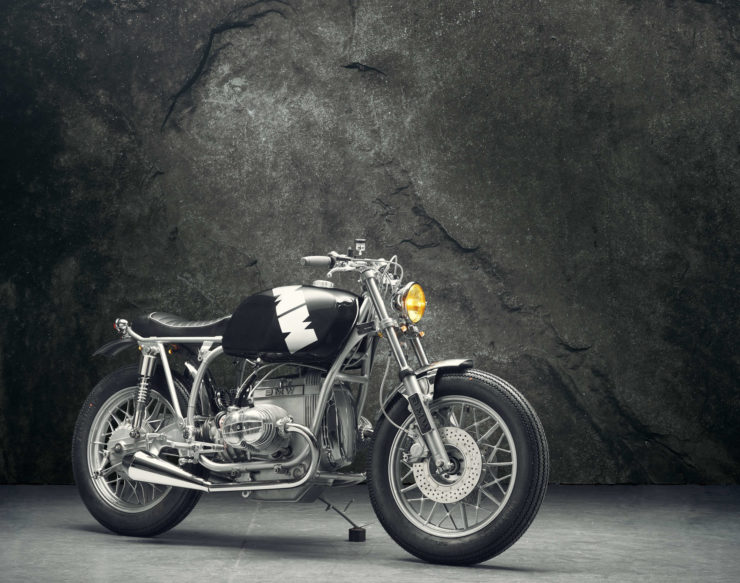 The completed bike is an excellent daily-rideable custom BMW, ideal for the oftentimes tight and twisty streets of London, or Britain’s famous winding B-roads out in the countryside.

Contrary to popular opinion, BMW didn’t start out as an automaker, rather they began by producing aircraft engines in 1917. After WWI ended they switched to motorcycle manufacturing with the release of the boxer-engined BMW R32 in 1923, and only in 1928 did they release their first automobile – the BMW Dixi which was essentially a license-built Austin Seven.

BMW engineers would continue honing their two-cylinder boxer engine designs for years, the BMW R71 and R75 became the workhorses of the Germany military during WWII – they were so good in fact that they were copied by Harley-Davidson.

By the 1970s BMW had the boxer engine down to a fine art, they were among the most reliable motorcycle engines in production and they would form the basis of the BMW R80 G/S – the Paris-Dakar Rally winning dual sport motorcycle that founded the modern adventure motorcycle genre. 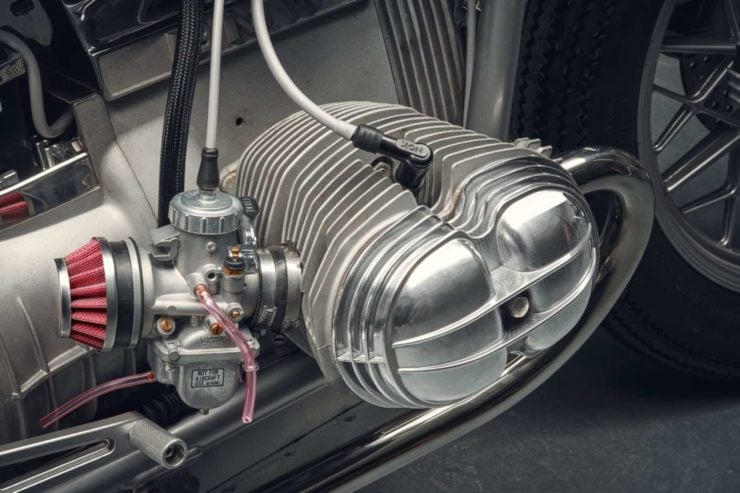 The engine has been tidied up and fitted with new chrome valve covers, as well as Mikuni carburetors fitted with pod-type air filters.

Curiosity Moto was founded by lifelong Londoner Mark Phillips, his goal is build some of the world’s best custom BMW motorcycles using his 40+ years of experience in the field.

The company also offers BMW mechanical work and servicing, they’ll even come and collect your bike for a servicing, then deliver it back to you when it’s all done and ready to ride.

This custom R65 build began as they all do, with a full teardown and an inspection of parts. The client asked for the bike to be modernized, but for the ethos of the original BMW to be maintained.

Mark and his team disassembled the bike and had all components soda-blasted back to bare metal. The frame and wheels were then painted sliver, a custom subframe and seat was added, and a slightly larger fuel tank from a BMW R80RT was sourced. 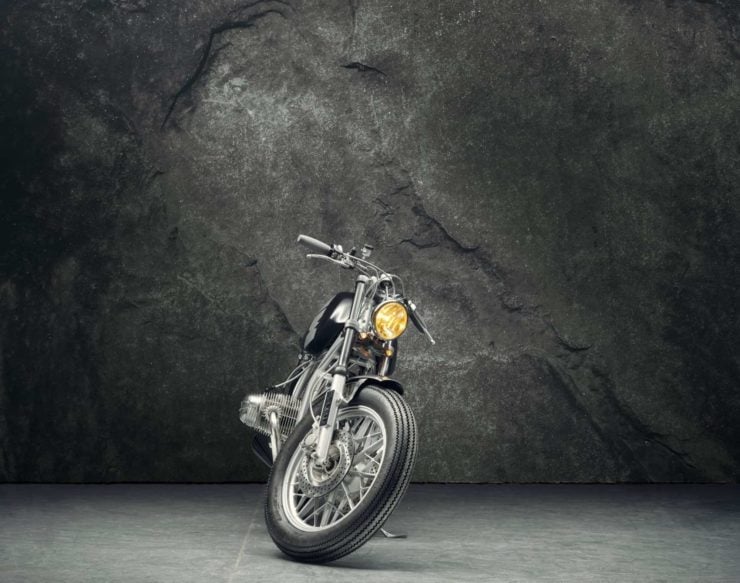 The BMW R65 makes a solid foundation for a custom due to its under-stressed engine which has developed a reputation for excellent reliability when maintained well.

This tank was then painted with the letters “BMW” across the top and sides in an unusual period-correct font. The black and silver color scheme was maintained throughout the build with the black seat, tank, and tires offset by the silver engine, frame, wheels, and exhaust.

A new wiring loom was fitted to replace the antiquated original, it was paired with new charging components, an Anti-Gravity Lithium battery, and a Moto Gadget Mini speedo. 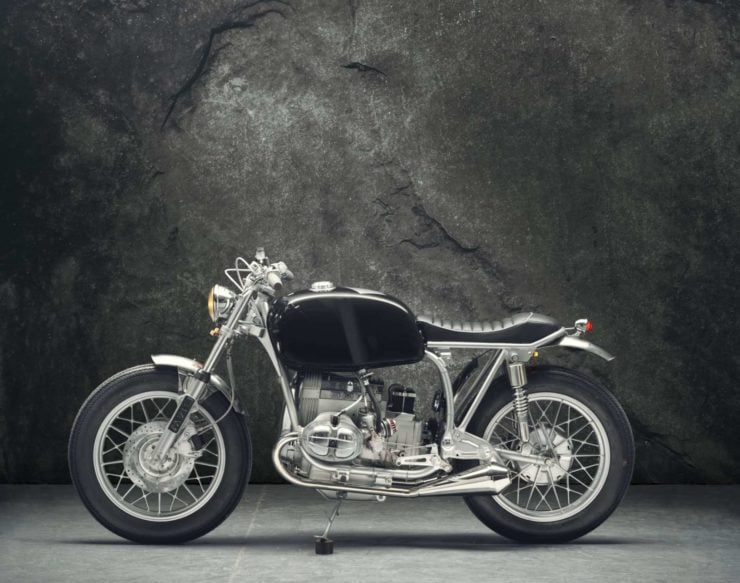 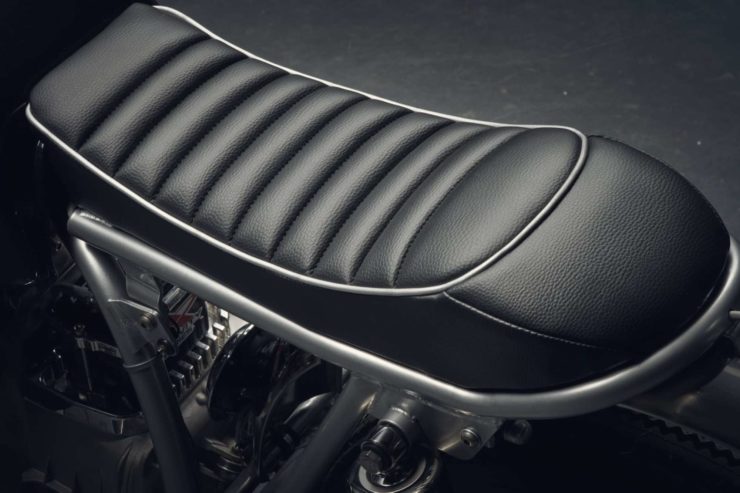 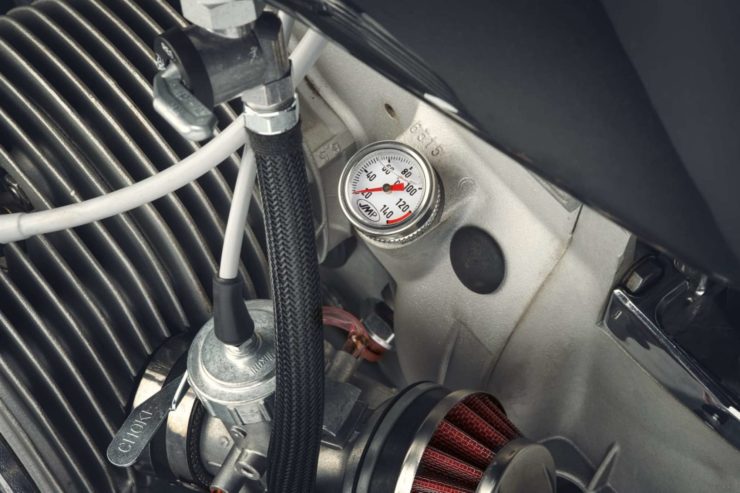 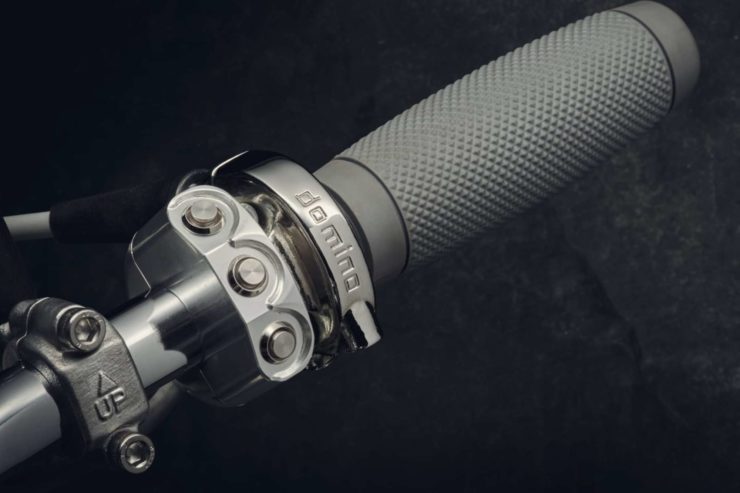 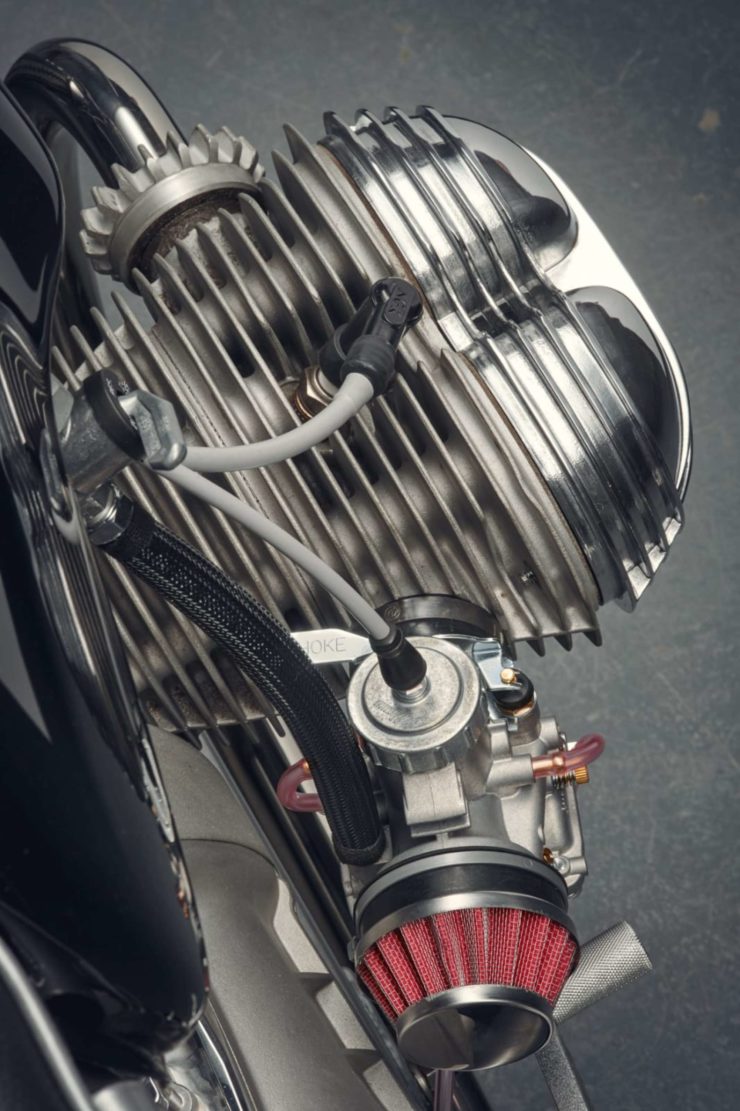 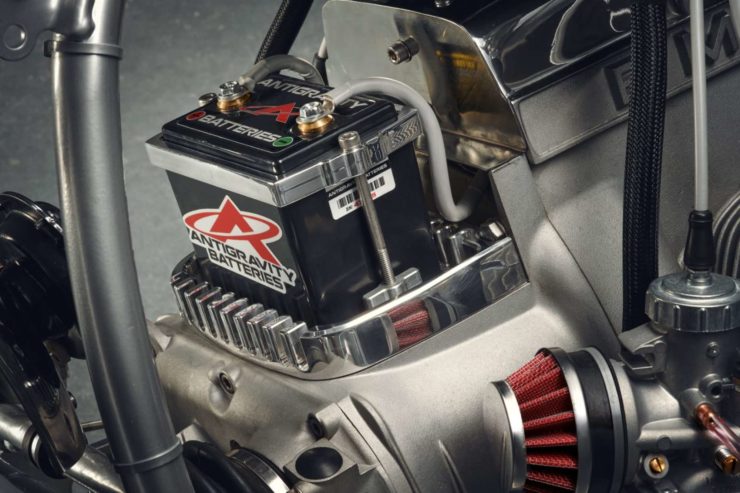 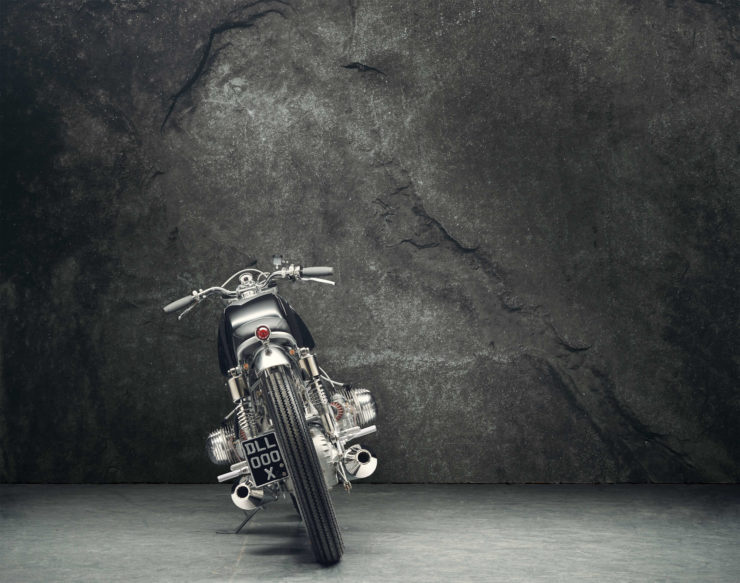 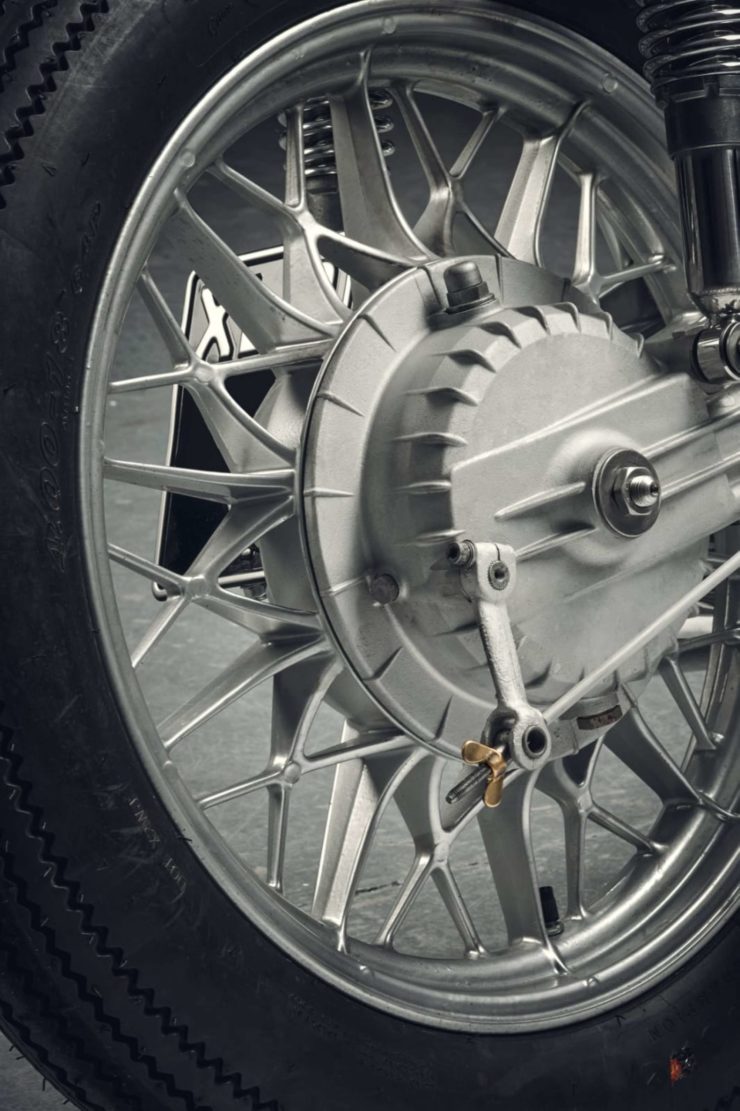 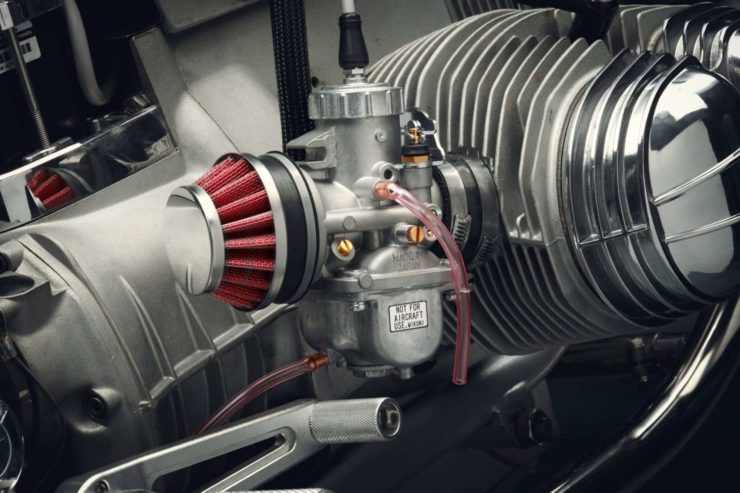 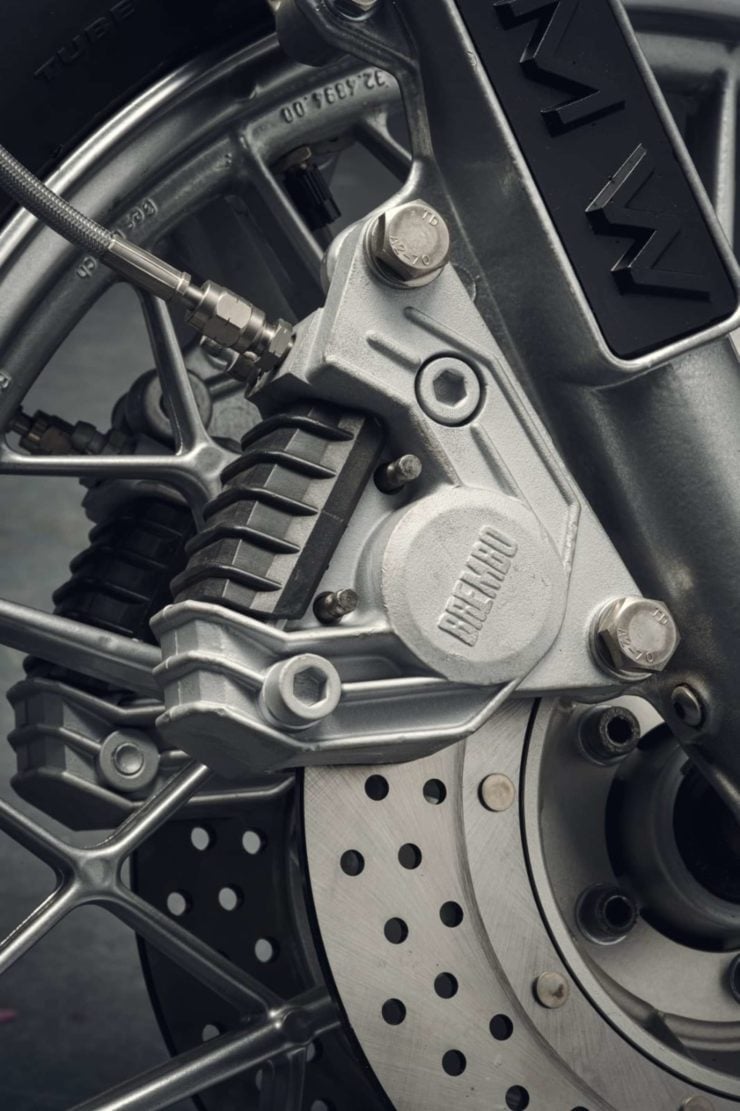 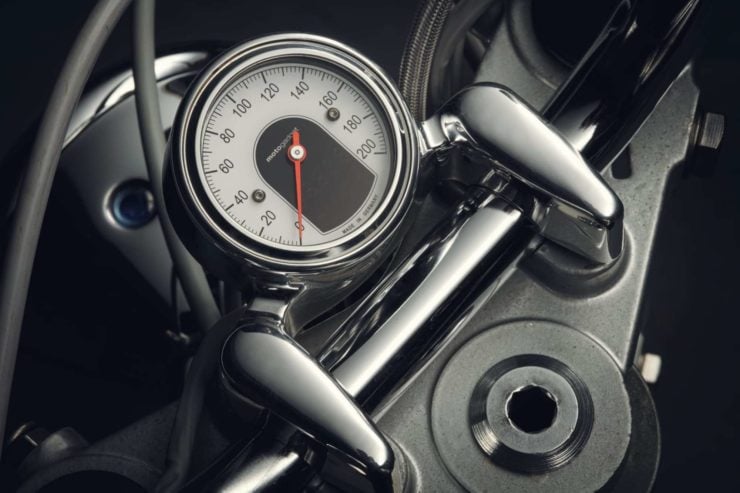 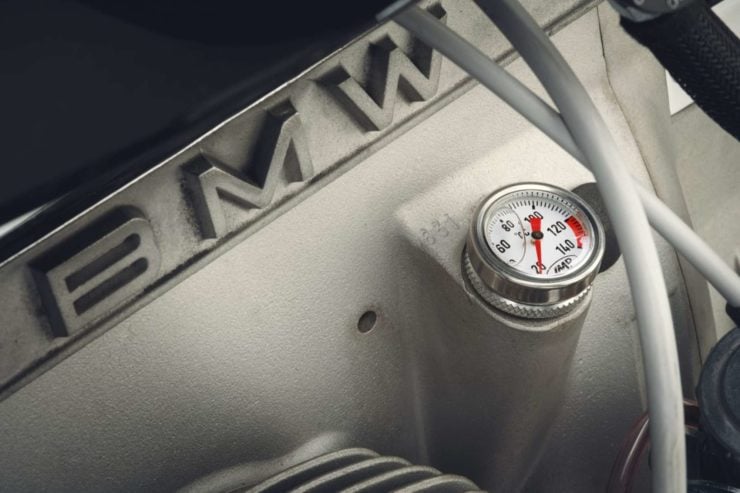