A close look at the front cutaway section of this BMW 320 Turbo will reveal an almost aerospace sized turbo charger, tucked in under the exhaust headers on the right side of the engine. The engine itself was developed by McLaren, yes that McLaren, in 1978.

The 320 Turbo was built from the ground up to challenge the dominant force of the Porsche 935, it was a successful challenge with driver David Hobbs taking both the pole position and the win at only the cars second outing at Sears Point.

The car went on to win and place in a slew of other races throughout the 1978 and 1979 seasons, it shouldn’t be too surprising that the car did so well, that 2.0 litre engine was producing just over 650hp. 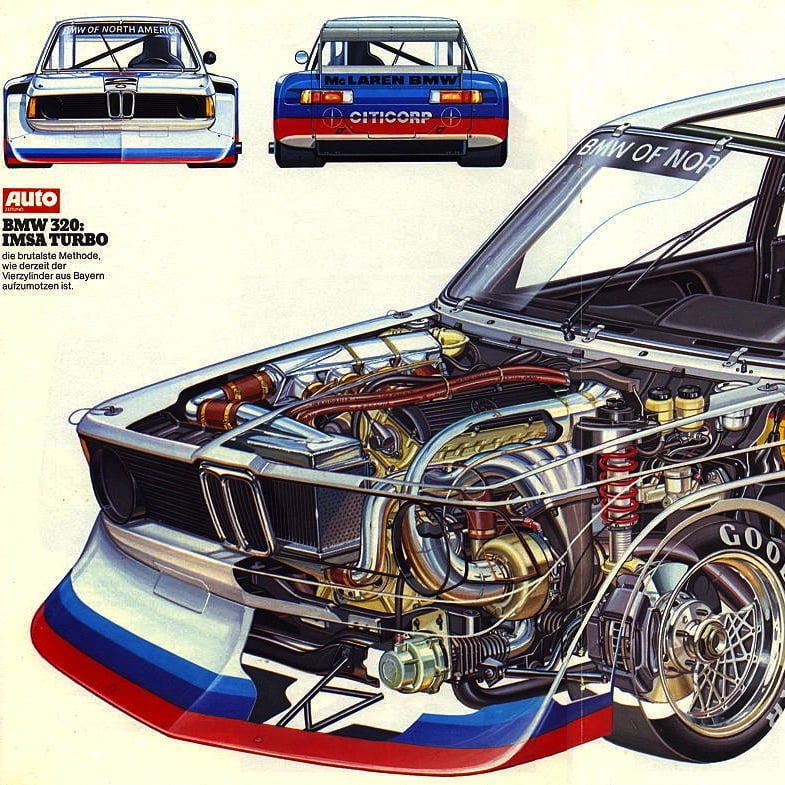