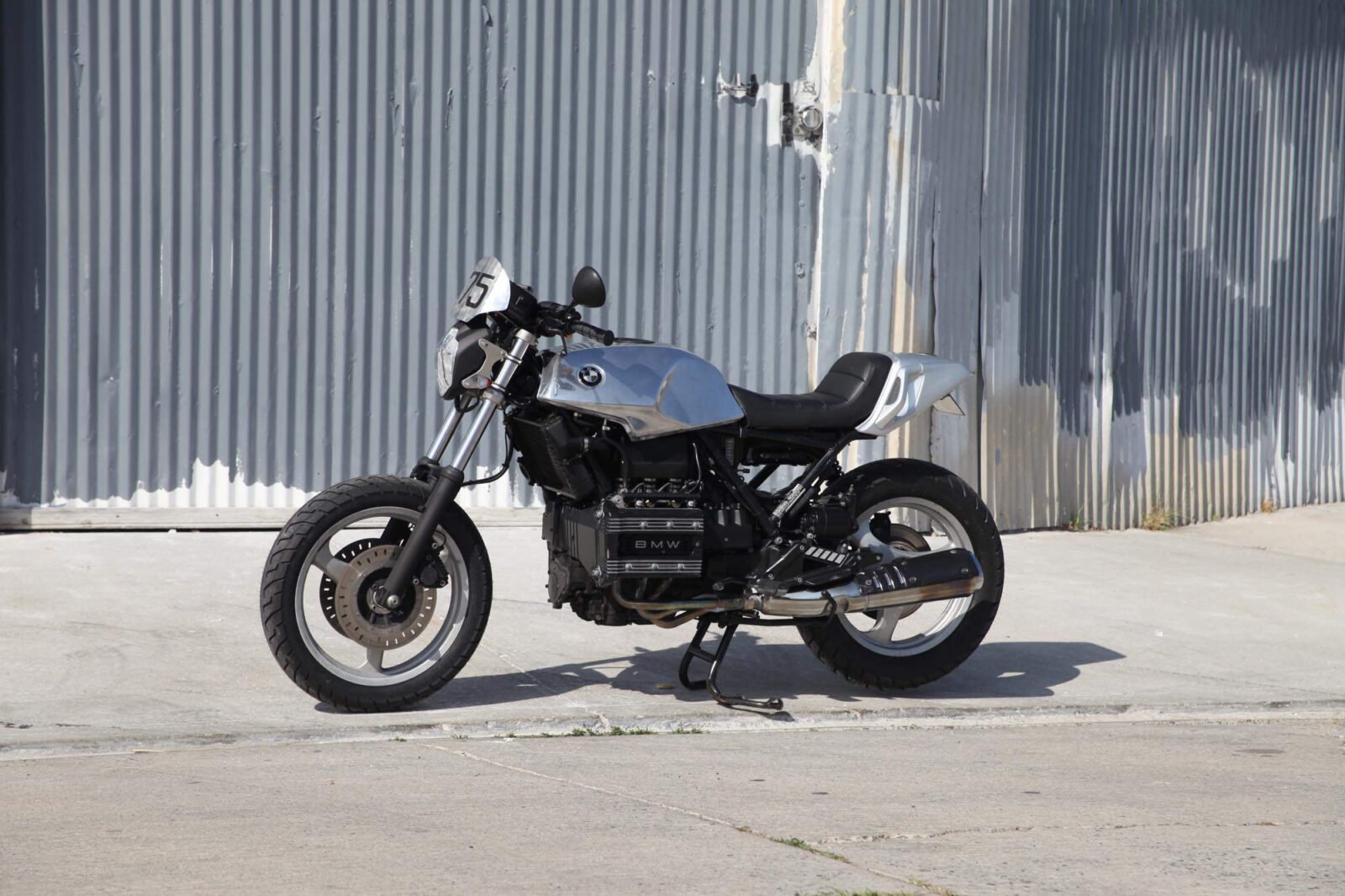 This article was submitted by Zsolt Kovacs, the man who built this BMW K75 Streetfighter.

A Brief History of the BMW K75

By the second half of the 70s emission regulations were getting more strict and with the large two cylinder oil and air cooled Boxer engines BMW had a harder time keeping up, while the Japanese motorcycles were gaining market share. BMW decided to make a new design using a liquid cooled car engine laid on its side. The new engine would maintain their iconic horizontal engine orientation of the Boxer motor which would still have a low level of gravity, and also keep the shaft drive. BMW had a horizontally opposed 4 cylinder engine in development since the early 70s, however, because Honda introduced the very successful Gold Wing with the same design BMW abandoned the idea. They tested another concept using a French PSA X engine from a Renault 104 before designed their own. BMW developed the K100 and K75 simultaneously but the K75 was only released a year after the K100’s debut.

The engines of the K series motorcycles is an inline 4 or 3 oriented in such way that the “top” of the engine with the cylinder head, spark plugs and injectors are located on the left side and the crankshaft is on the right side. The K75 and K100 engines are almost identical but the K75 has 3 cylinders and as a result a smaller displacement. The K75 engine is also smoother because of the added counterbalance weights.

The flat inline four motor has a distinctive blocky look which is the reason the K series bikes are also referred to as the “Flying Brick”. They were quite sophisticated machines for their time, featuring Bosch fuel injection, ABS (from 1990 on), and complex electronics monitoring the ABS system, battery, lights etc…

The K series motorcycles are asymmetrical which is very apparent on a naked bike and different from most others designs out there. The first obvious sign is the engine block which is when viewed from the front one side is protruding further than the other. While BMW tried to maintain consistency adding the same design elements on either side of the block those are clearly only cosmetic touches. Another interesting feature is the single rear shock which is located on the right side over the hollow swing arm that houses the drive shaft. The rear wheel can be removed similarly to a car, by simply unbolting it from the hub.

I have known of the K bikes for a long time and always thought they were the typical German cruiser type bike that are good, reliable but never got popular because of the engine layout. They also look dated especially the models with full fairing. When I found my 1991 K75S for sale, it needed some work and I thought it was a great opportunity to make my own conversion and make the bike look current. Right from the beginning my idea was to create a naked “brick” that looks like it could be a factory street fighter if it were made now.

The motor is a piece of art work when you look at it stripped down and it feels like it meant to be all exposed. I love the design of the duct work that is laying flat against the right side. It reminds me of a fighter jet. I also like the fact that this K75 has a black engine block (vs. the bare aluminum of some other models), and only the horizontal lines and BMW name is bare metal making a statement.

I had an idea to re-use the original tail piece, although I wasn’t sure how to do it at first. I did some mock up designs on my computer using the side view of the bike and superimposed the tail piece at the location where it was going be. I thought if I rotated it at an angle that resembles more of a street bike it should work, and it did. We formed an aluminum seat pan that spans between the tank and the re-positioned tail and had it upholstered in a carbon fiber textured material. The K75S uses a narrow sportier handle bar, which I kept as well. I was going to replace the rubber handle bar cover, but it works so well that after we removed it we put it back because it works and looks better than what we could come up with.

I took me a lot of research to find the right light for the tail. I wanted to maintain the look of the factory piece but didn’t’ want the big old tail light to ruin it. When I finally found this LED strip I knew it was the perfect light. It is an 8″ strip of tiny LED’s that have a dual intensity. The entire piece is lit up as a running light, and the center part as the brake light. The remaining left and right sections are the signal lights – all built into the one strip. The bottom of the tail is made out of aluminum sheet metal and the license plate is attached to that. To keep the lighting minimalistic the license plate lights are LED’s that are built into the bolts.

The headlight is from a different motorcycle but the instrument cluster including its housing is stock. I really wanted to re-use the original headlight but because this was an S model with full front fairing, that did’t seem feasible. I designed the shape of the headlight brackets with angles and curves similar to the tank, looking at it from the side. The front signal lights are also LED and they are attached to these brackets. I was lucky to find a set which when viewed from the front goes with the shape of the headlight. To make the original instrument cluster work also took some work – design and fabricating. The concept came to me when I was looking at race bikes with the number on the front. On some bikes this is an aluminum oval plate which is attached to the forks. I thought if I had the right size oval that partially wraps around the instruments it might work as fairing to mask the bulky instruments which at this point really didn’t look right. When we cut it out, it seemed to do the job, but the oval needed to be trimmed down to get it just right. At the end it came out really well and gave me a spot to add the number 75 signifying the model and reflect on the “cafe racer / street fighter” look. Luckily the fancy German electronics made it relatively easy to adopt the new lights.

Other than the design elements above the rest of the work was mostly mechanical maintenance and repair work. The original battery was replaced with a smaller sealed AGM battery which I used turned on its side. The rear break master cylinder was rebuilt and the alternator received new brushes and voltage regulator. The tank was stripped, polished and received a new fuel pump, fuel filters and in-tank fuel lines. The front number plate was also polished. The bike got new tires, and black/carbon fiber BMW badges on the tank and tail completed the build.

At the end I really love the way the whole bike turned out. IMO there aren’t many motorcycles out there that look cool from head on, but this one does. The back is also one of my favorite parts with the original tail piece and the LED light strip, and I already mentioned the sculptural engine block with its fighter jet air intake. To do this build, my friend who’s actually a trained fighter jet mechanic helped me with all the work. If there is interest we’re also considering making a Do it Yourself Conversion Kit with all the pieces needed to make a naked K-bike, by simply removing the old parts and adding the new ones. It would come with all the parts and instructions with photos that shows what to do.

This bike is also for sale. For contact please use my [email protected] email. 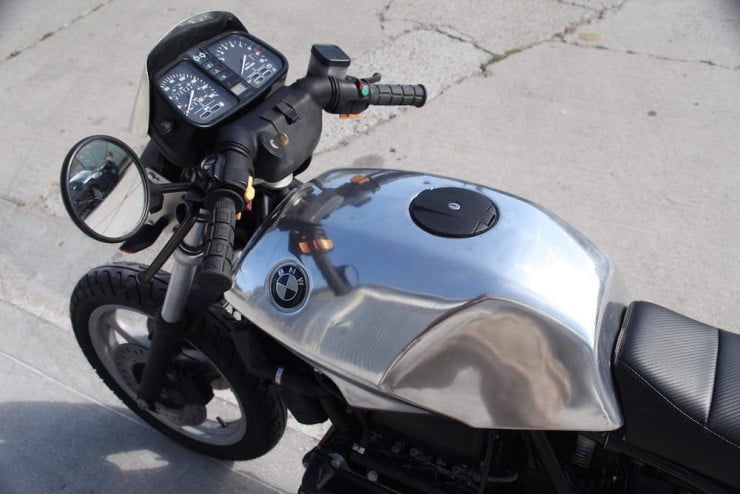 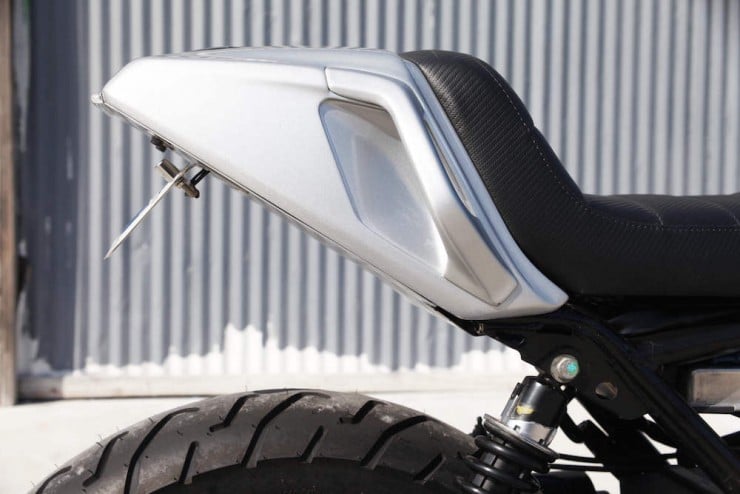 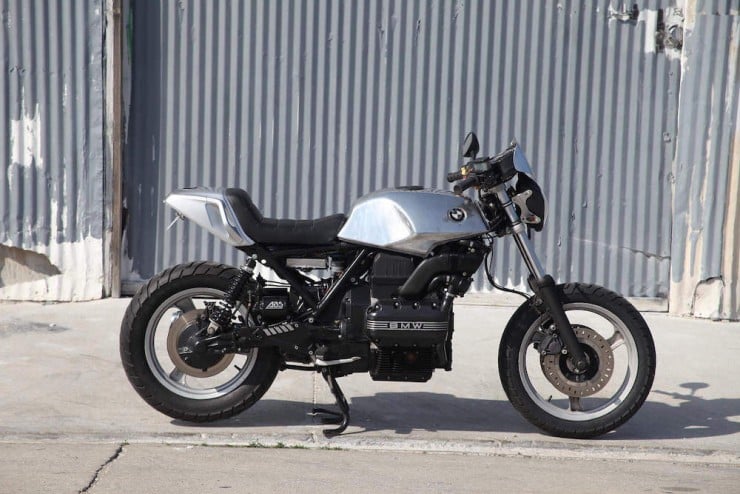 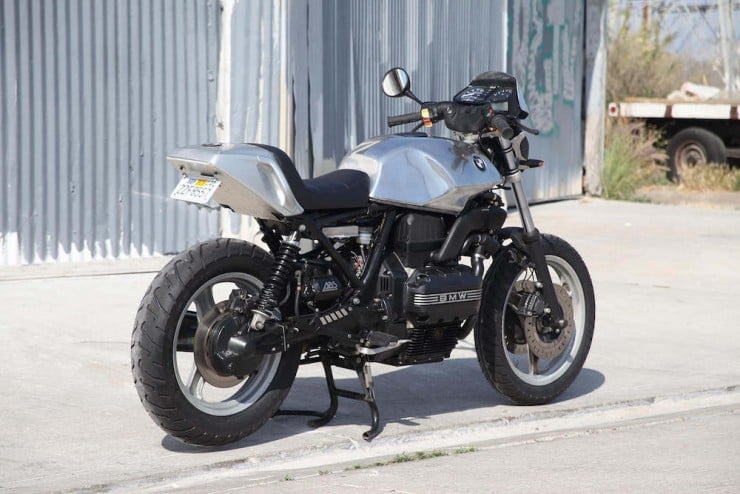 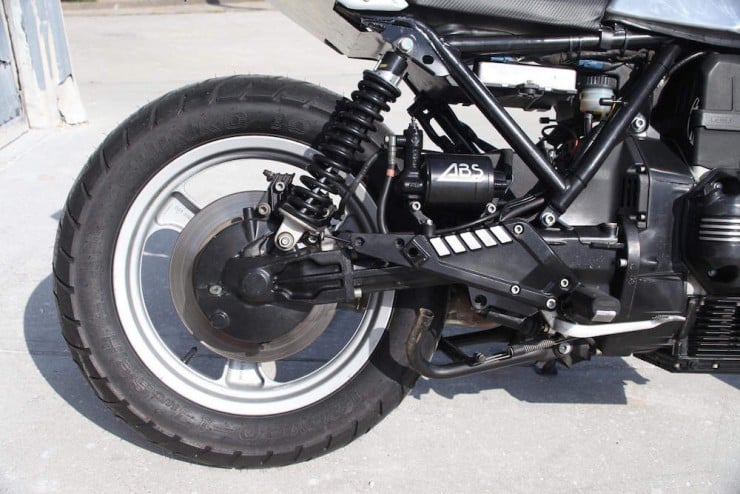 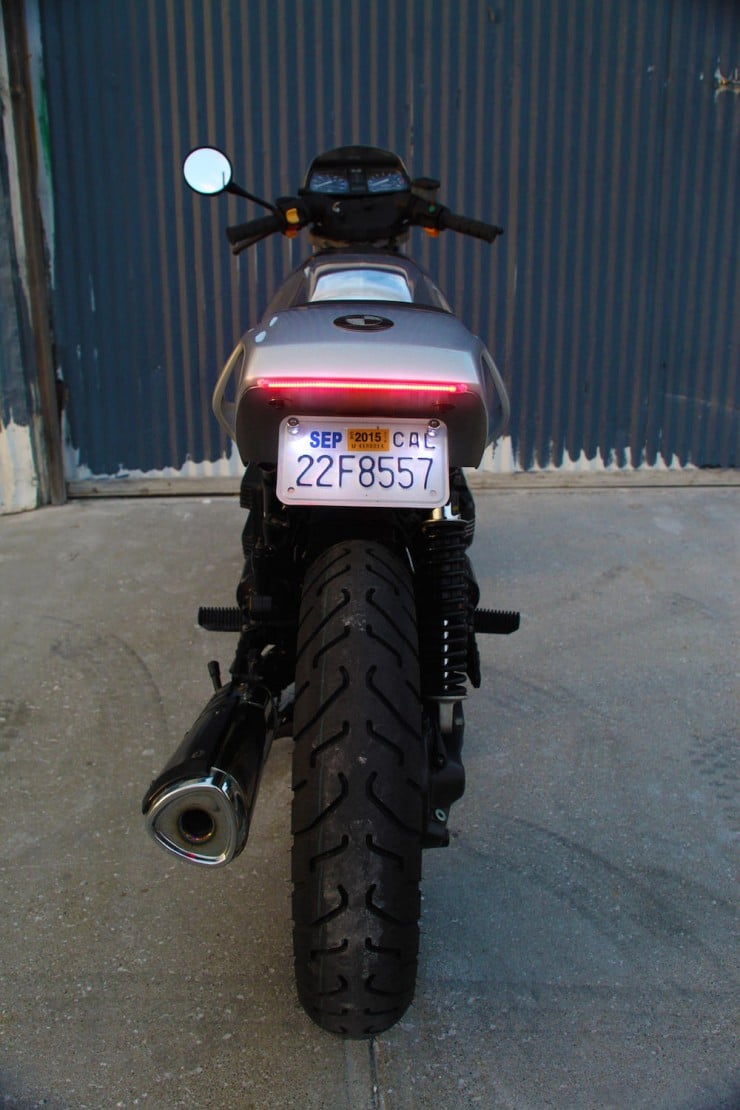 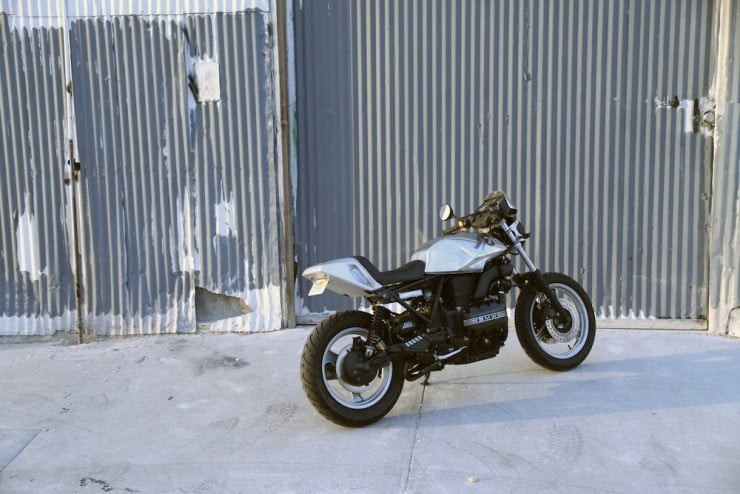 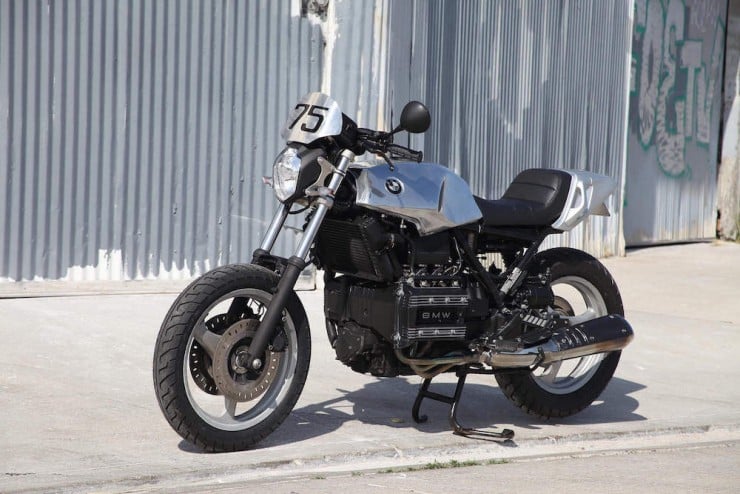 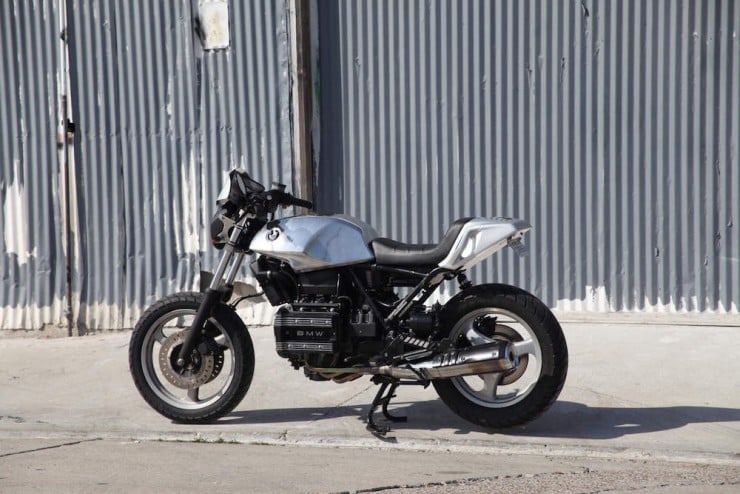 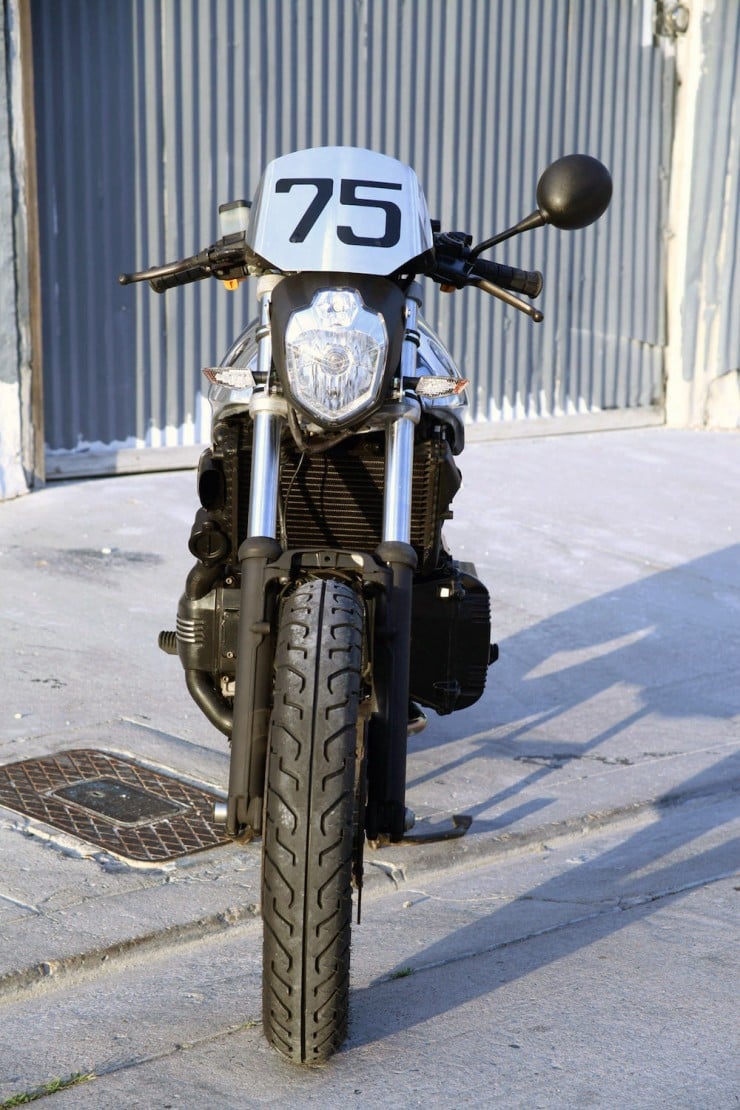 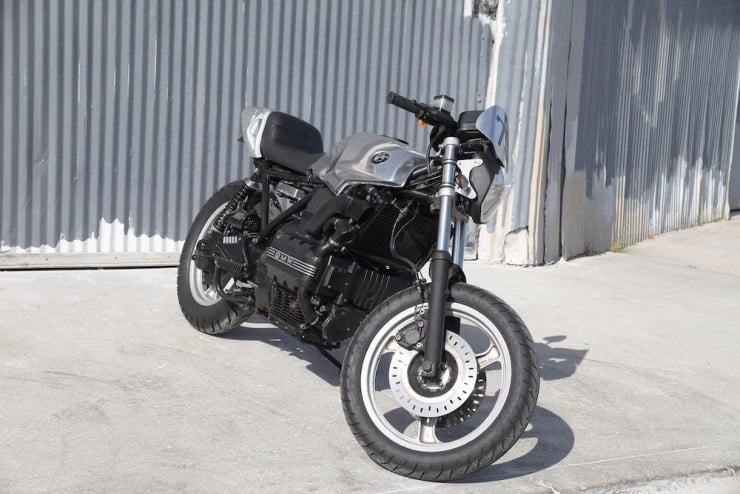 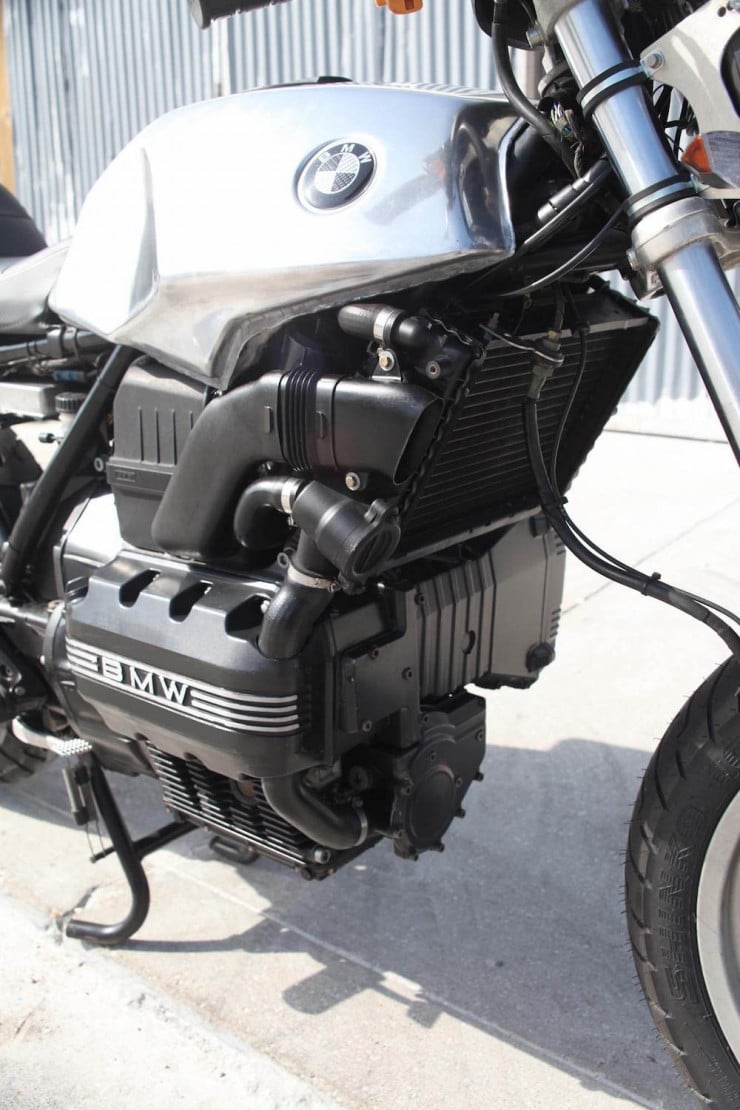 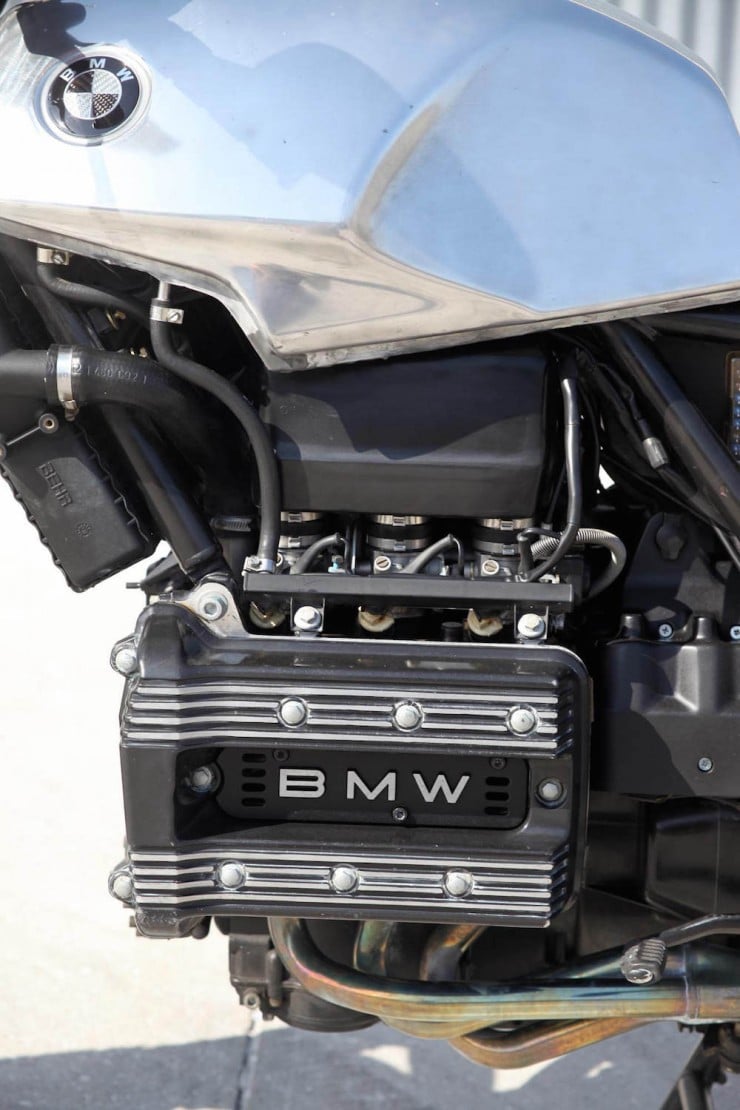 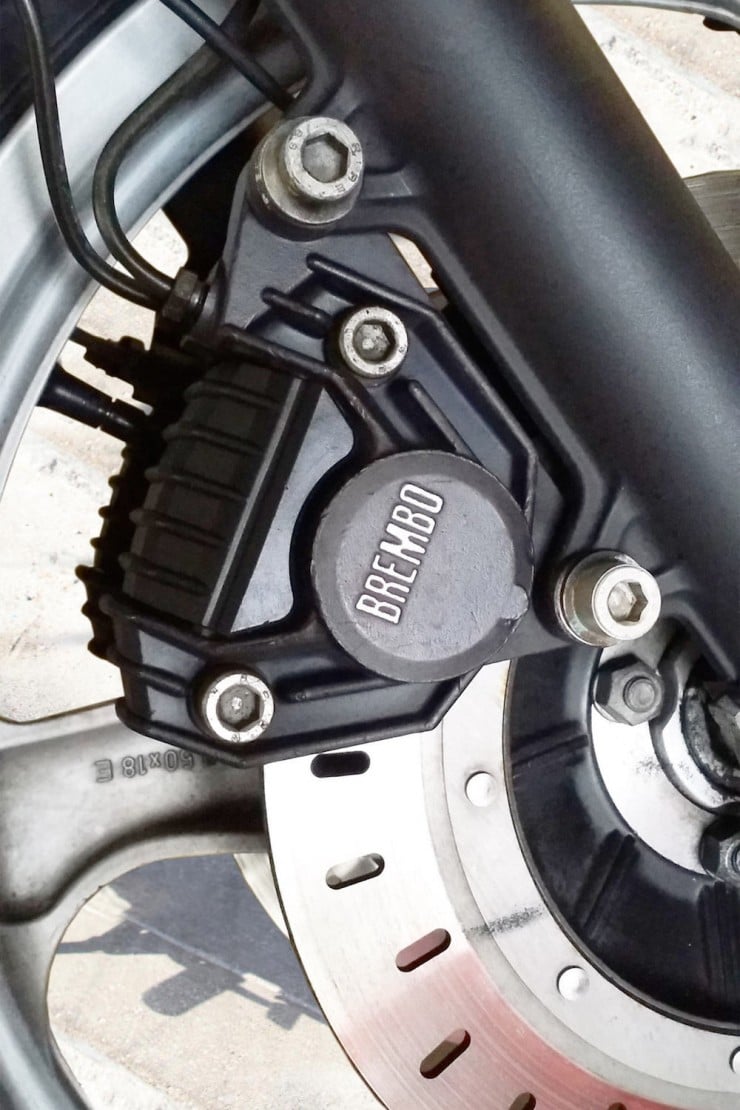 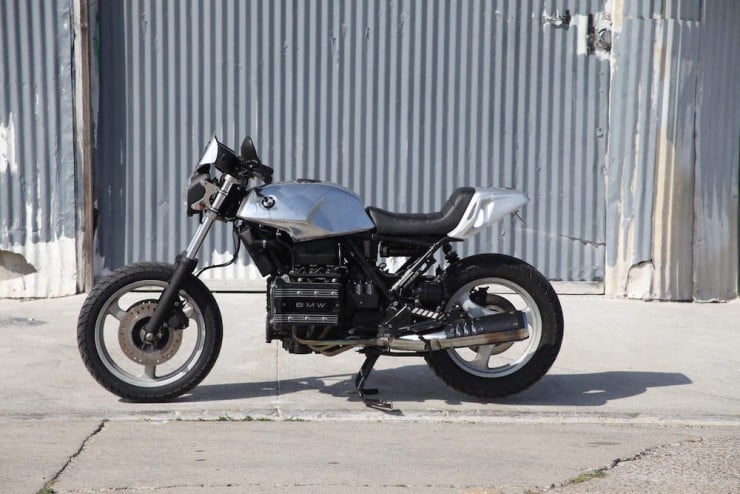 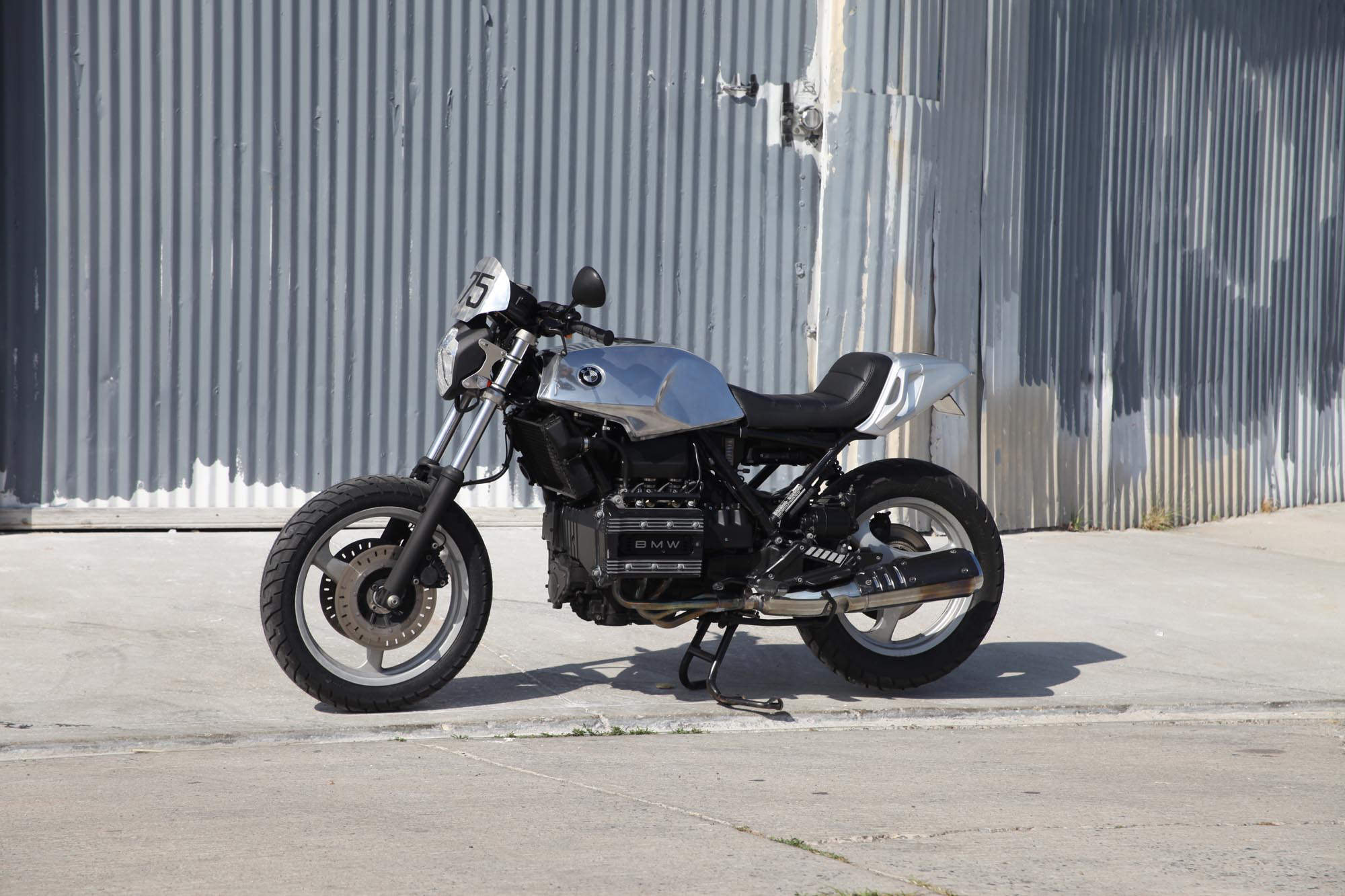