Automobile Tire Hydroplaning: Why It Happens is a short educational film that includes some fascinating NASA footage from the period, including a view under the road showing what hydroplaning looks like from underneath.

Although tire technology has come a long way since this film was made, it’s still a good watch, and some of the demonstrations will give you pause for thought next time you’re on the interstate in a rainstorm. 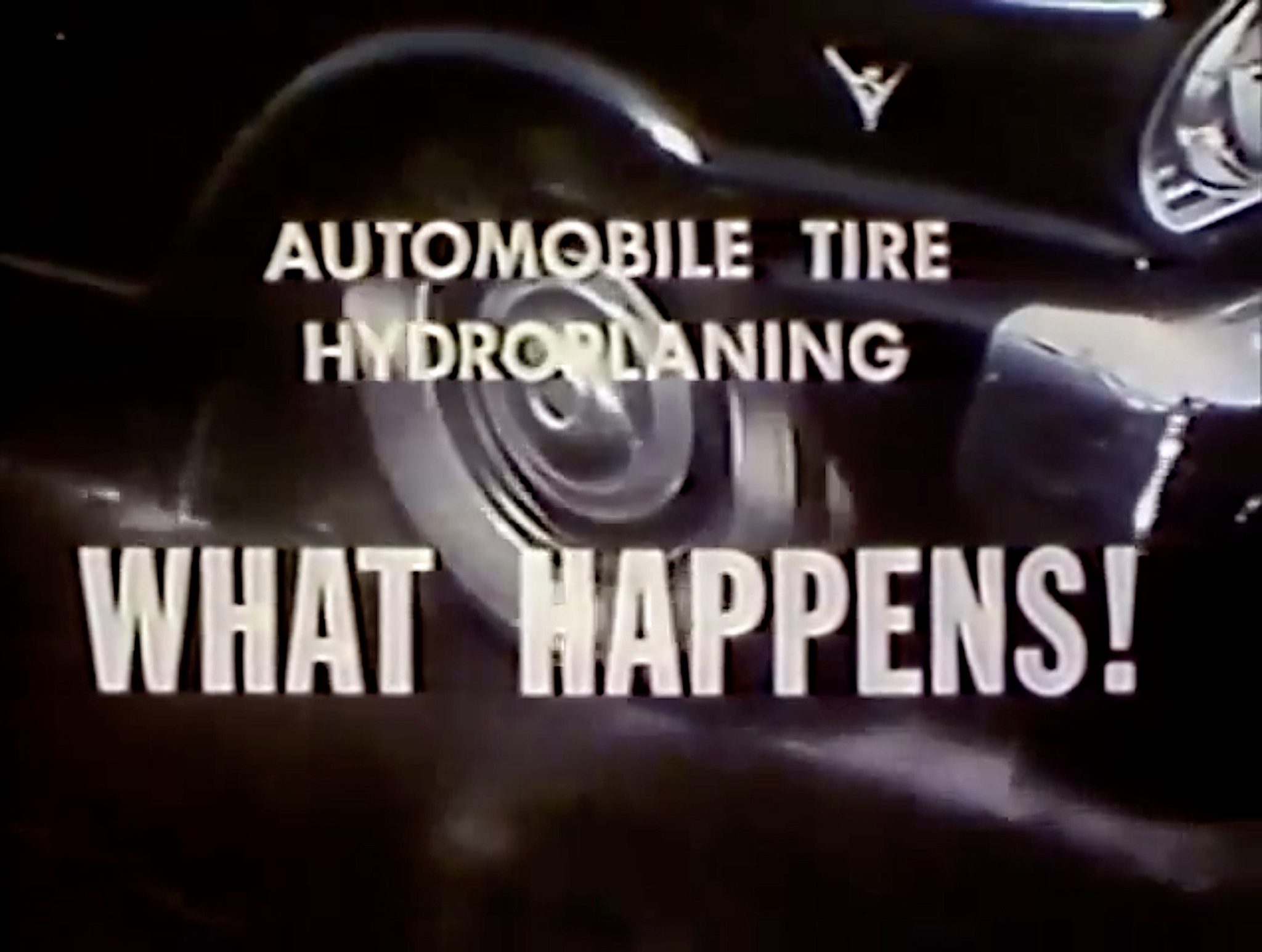