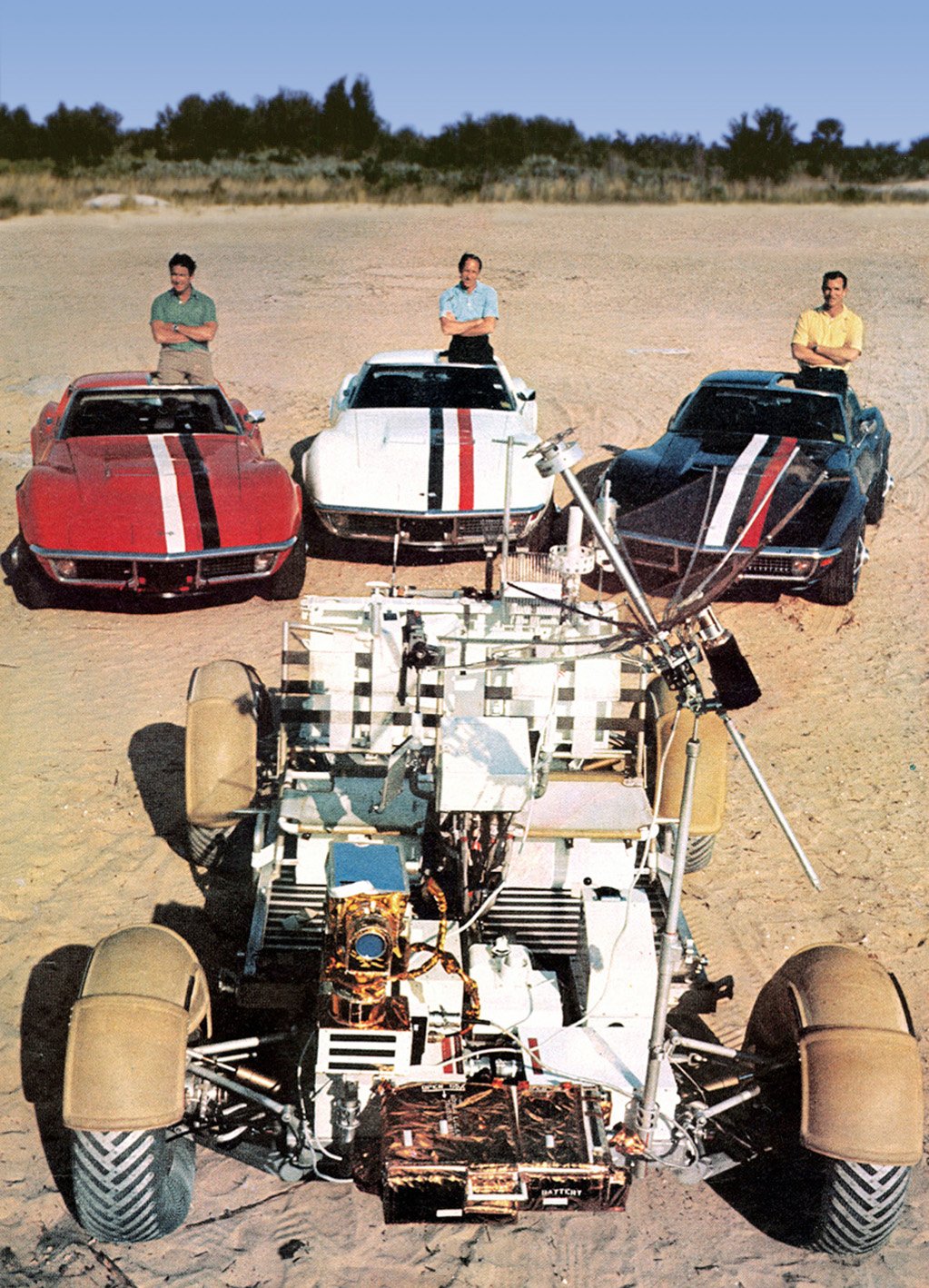 This shot captures the crew of Apollo 15 before their mission to the Moon, in the foreground you can see the General Motors powered Moon Buggy they used for testing and pre-mission practice. The Corvettes were supplied by GM to the astronauts Jim Irwin, Al Worden and Dave Scott in the colours red, white and blue giving the photograph subtle American flag overtones.