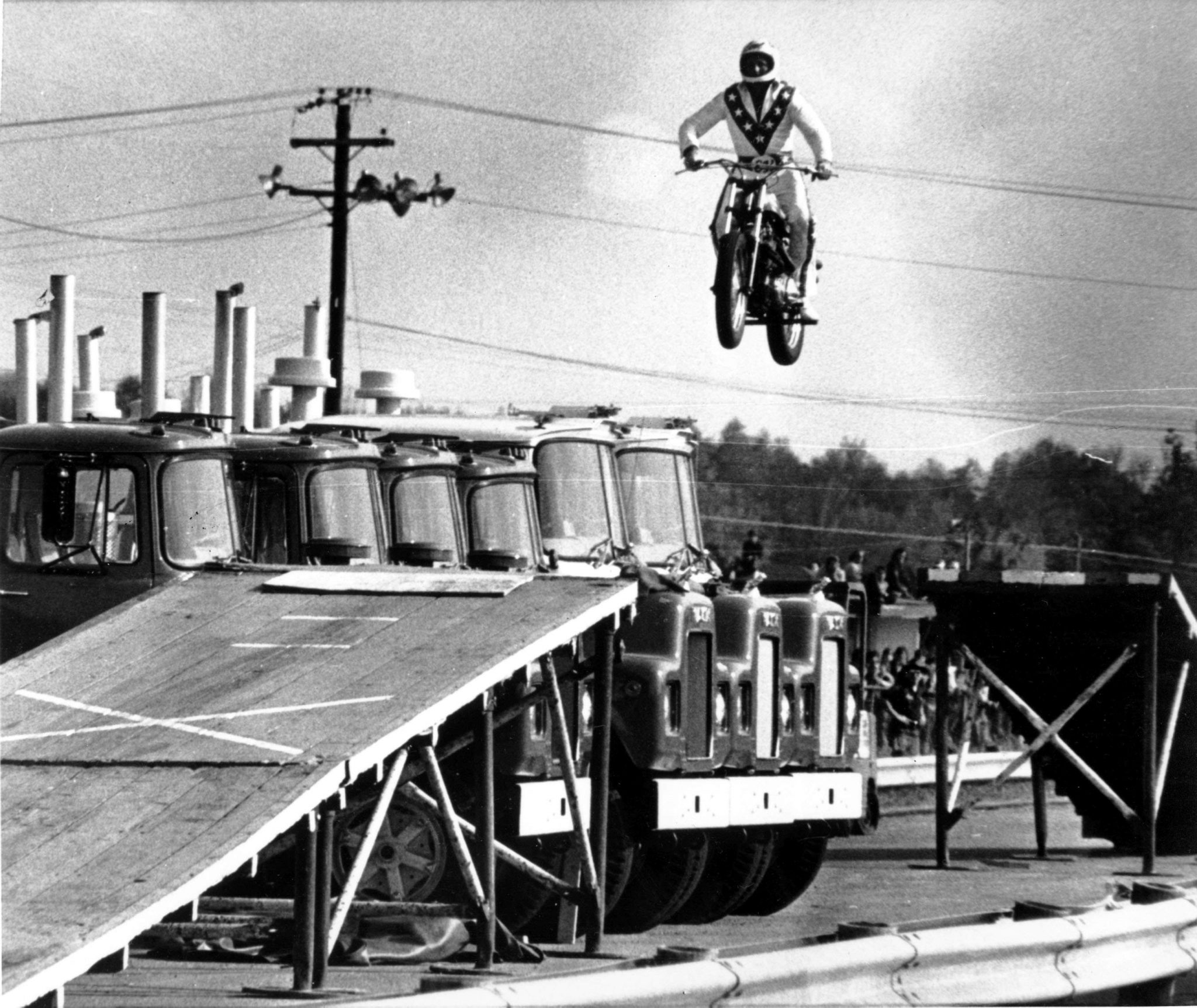 This classic shot of Evel Knievel makes me white knuckle my desk slightly, it’s interesting that he doesn’t appear to be looking at the landing ramp, but rather is looking further down-range. If you know what event this was, let us all know in the comments below, you can also click the image to load the high-resolution, desktop wallpaper quality version.