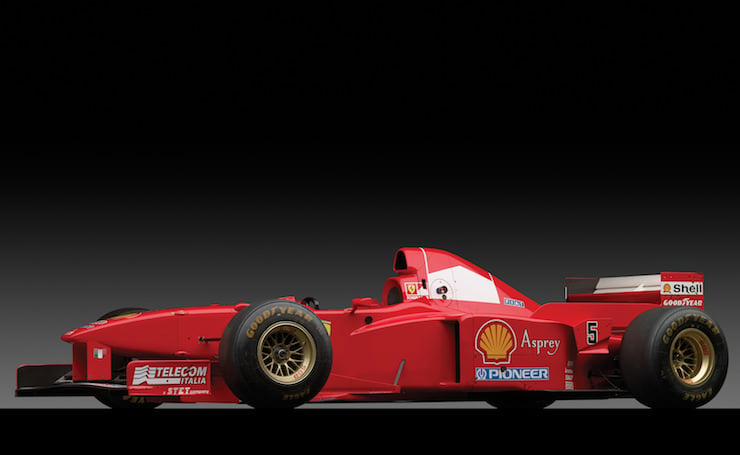 The 1997 Ferrari F310 B was the revised, improved version of the failure prone 1996 Ferrari F310. In purely technical terms, the F310 was a stinker, Schumacher and Irvine suffered a huge number of mechanical failures including a frustrating 8 race streak of DNFs for Eddie in the latter part of the 1996 season.

Ferrari were deeply unhappy with the car’s habit of explosively shedding parts during races and hired the dream team of Ross Brawn and Rory Byrne for the 1997 season, both men set about revising the F310 during the off-season and just before the first race in Australia, the F310 B chassis was ready.

The new car was a revelation in the hands of Michael Schumacher and would prove to be an excellent indication of how powerful the Schumacher/Brawn/Byrne partnership would be in the coming seasons. Ferrari would go on to finish the championship with 5 wins and 13 podiums taking a solid 2nd place in the constructors championship. 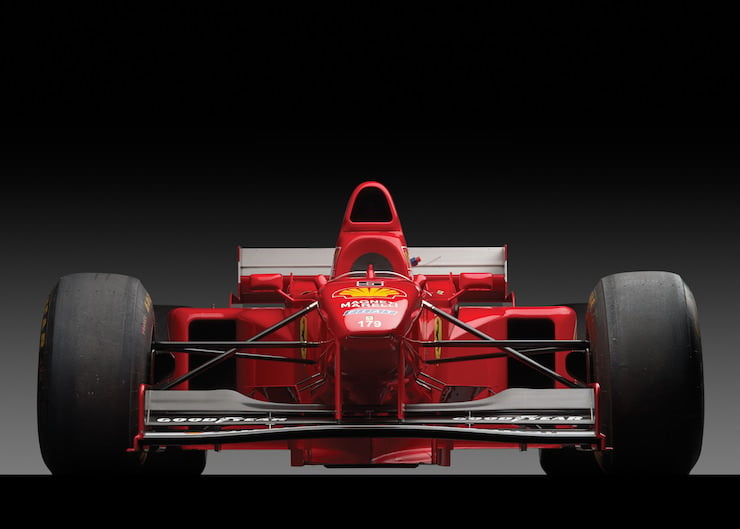 The car you see here was Schumacher’s primary chassis for the 1997 season and as such, it’s a hugely collectible car. It’s in original condition and still has a matching engine/chassis number, the “310” in the model name signifies that it’s fitted with the now famous 3 litre V10.

Now whilst it’s impossible to accurately gauge how much this car is likely to go for when it rolls across the auction block in New York next month, it’d probably safe to assume that you’ll need your game face on and the GDP of Sierra Leone in your back pocket to have a shot at buying it.

If neither of those things present a problem for you, you can click here to visit the official lot listing with RM Auctions. The auction itself will be held on November the 21st 2013 and will be jointly run by Sotherby’s and RM Auctions. 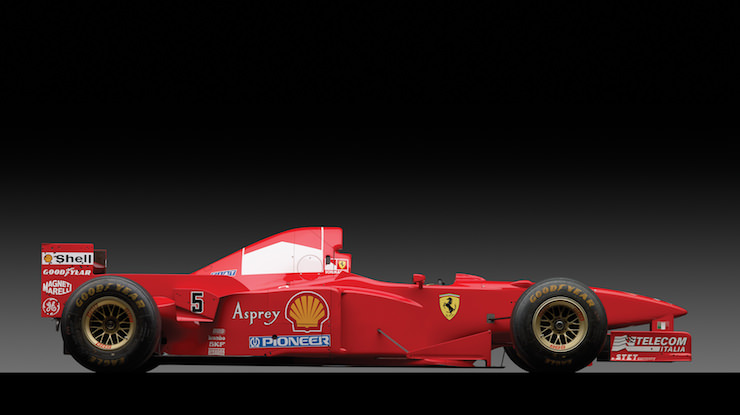 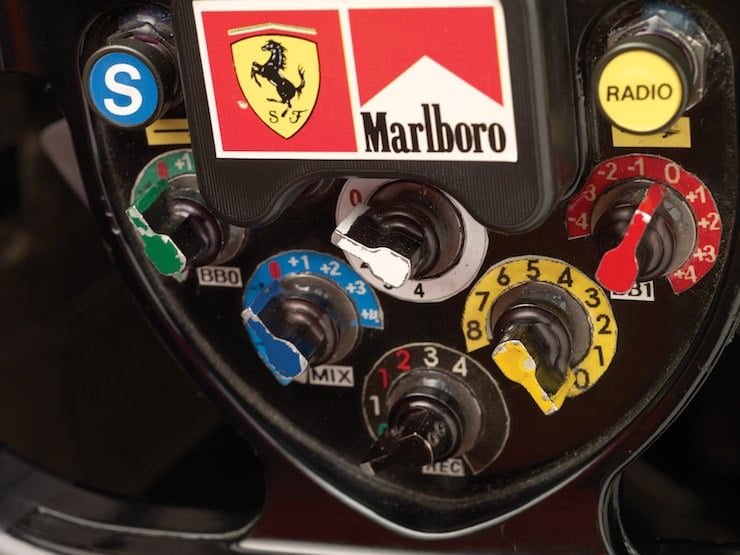 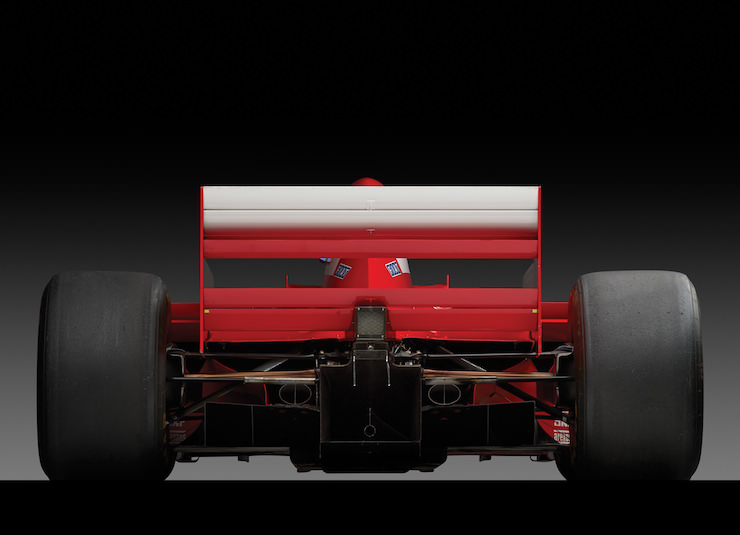 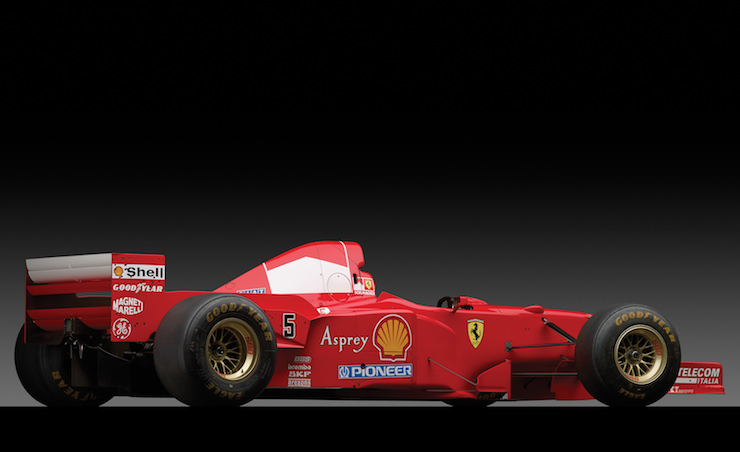 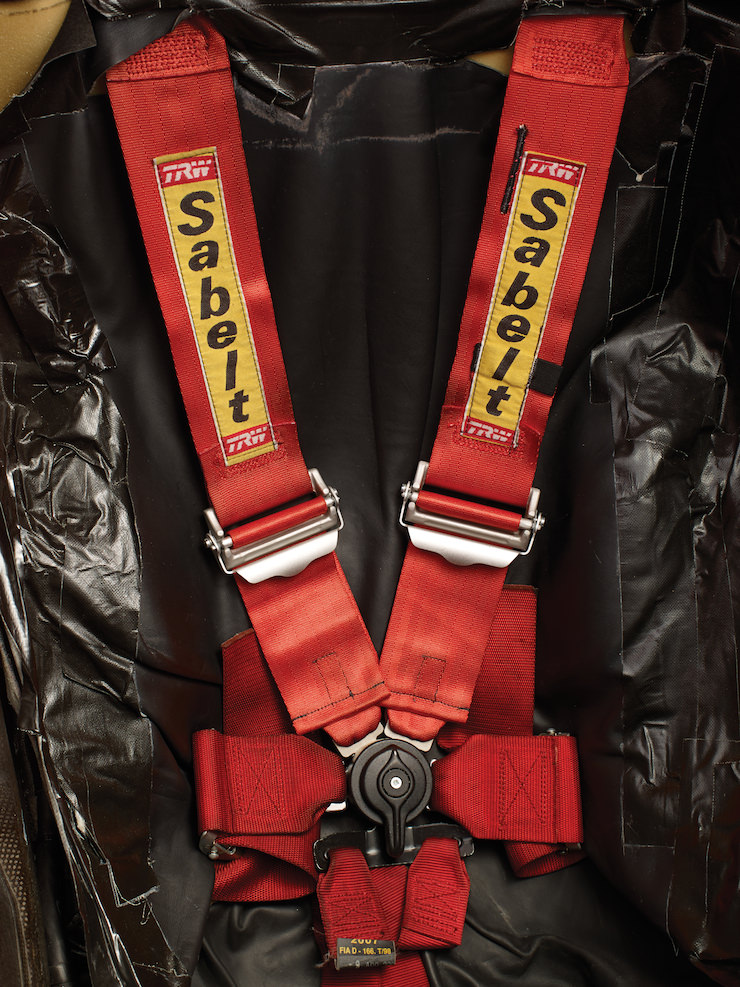 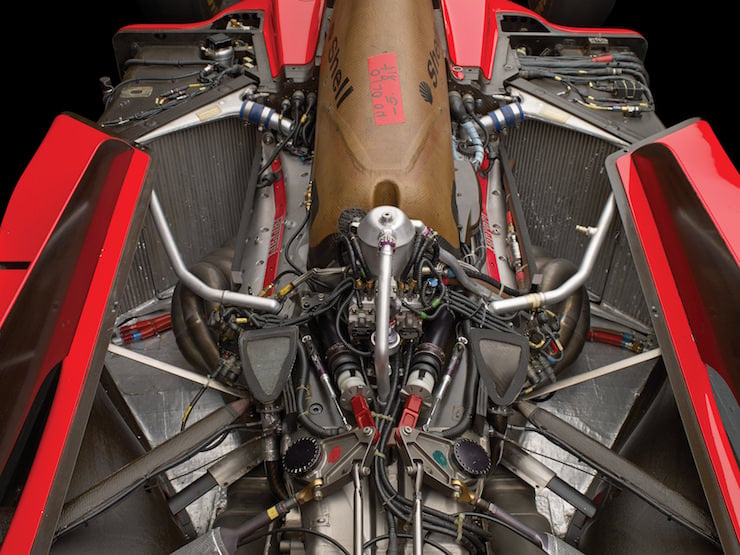 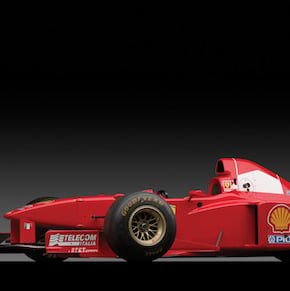