This is a 1970s-era motorcycle safety film that’s narrated in English but appears to have been filmed in Germany and Northern Italy. The primary rider throughout the film is on a BMW R90S and this model was released in 1976 so it’s clear that the film was either made in this year or one soon after.

Beside the fantastic-looking R90S the film includes a slew of cars in the background that many of us would swap a kidney for nowadays, there are a number of BMW 2002s, a Porsche 911, a Porsche 914, a number of Citroen 2CVs, Beetles, a Capri, and quite a few more classics from the era.

The film itself contains a broad range of excellent information on safe riding techniques for both city and country roads, as well as highways and mountain passes. Things that often aren’t covered when you first get your license, like where to position your bike in the lane when cornering, how to safely pass in traffic, and how to manage your throttle, brakes, and gears while cornering. 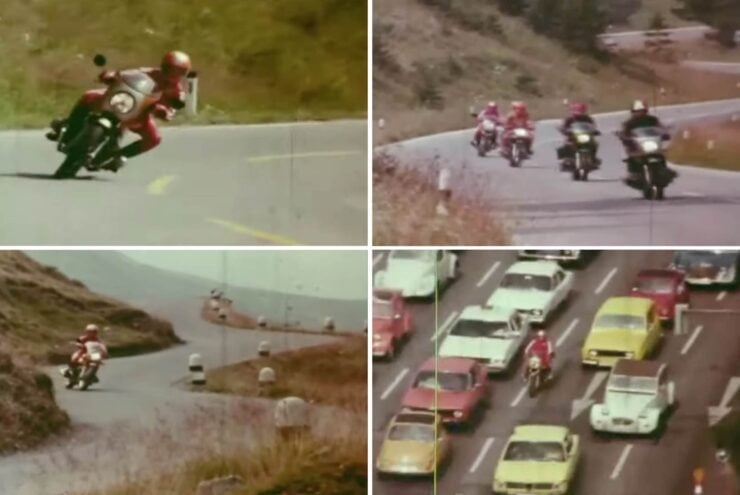 One of the tips in the film that you may want to avoid following is the advice to ride down the outside of the lane past cars when in stationary traffic. This is now generally illegal in many countries, though laws regarding lane splitting (that is, riding down the middle between two lanes of slow moving or stationary cars) is legal in many regions and some US states.

It’s best to check your local laws before trying it as it’s typically far cheaper than a ticket.

If you’re listening to the theme music playing in the background and wracking your brain to figure out where you know it from, it’s the theme from the hit 1970s TV series The Rockford Files starring James Garner.

As it happens we recently featured the Pontiac Firebird he drove for the final three seasons from 1978 until 1980, click here if you’d like to see it. 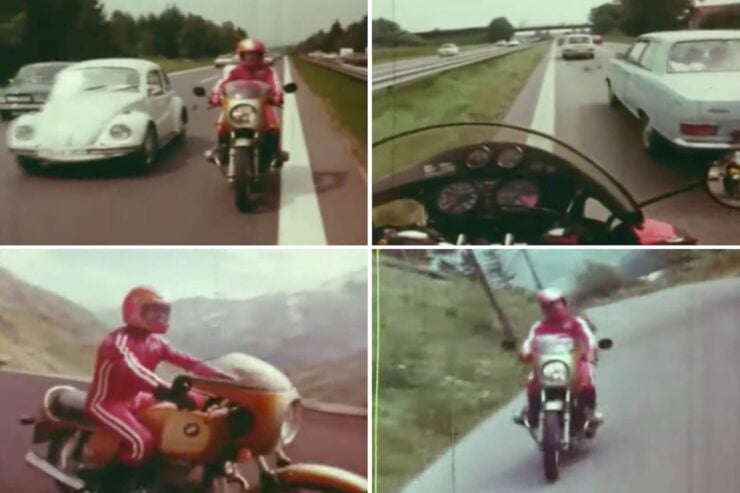 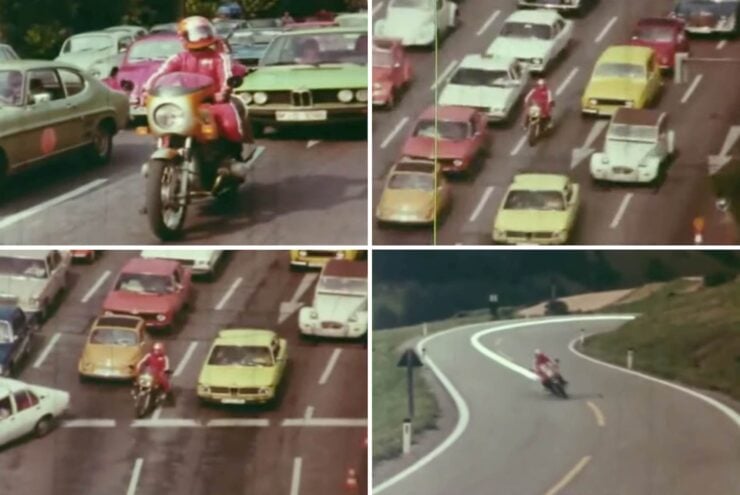