The E-Type Lightweight is a performance modified E-Type from 1961 that features aluminium bodywork to keep weight as low as possible, a close ratio gearbox, Weber carburettors, race tuned suspension and a slew of other upgrades.

1961 was the first year the E-Type was produced making 2011 the 50 year anniversary since the launch of what has become one of the best (if not the best outright) cars of the 20th century.

This particular model is for sale and is available now via Eagle E-Types for just £195,000. 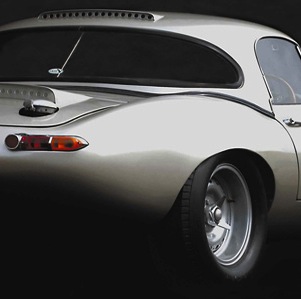